This morning was my final class with the Seamen.  This class is going well now we have put a program in place and selected students who are at approximately the same level. I probably will not meet them again, so it was time to wish them well and say goodbye. Some of them will probably come to Australia in the course of their work in years to come, but I don't expect they will be in Coffs Harbour! 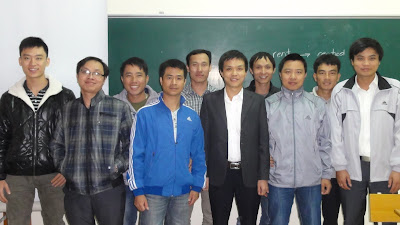 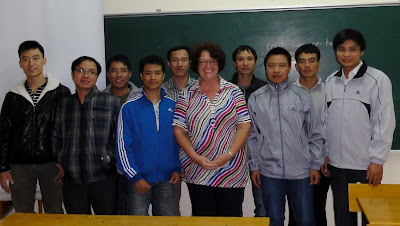 The accountant didn't have my pay ready, so I'll have to go back for it another day, which is a bit of a nuisance... we have had to write down a program for the next week so we can fit in everything we want to do.  So many things have to be axed already because there just aren't enough days!

We met Gene at Aryang for dinner ... Korean yumness. I tried to get a good photo, but with dear Gene that's not easy!! 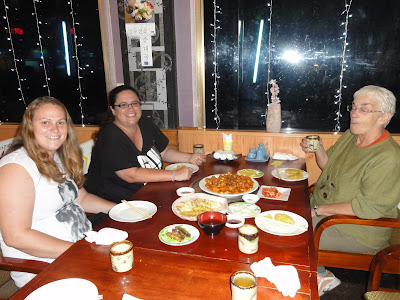 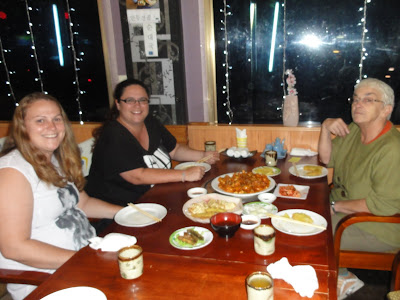 I went on to school for the 7.30 class. Actually my contract finished yesterday, so I had already said my goodbyes, so it was pretty unexpected when Ann put me on the roster to teach a class tonight and another tomorrow night!   This is the PRE-E class that gave me the huge flower arrangement for Teachers Day... 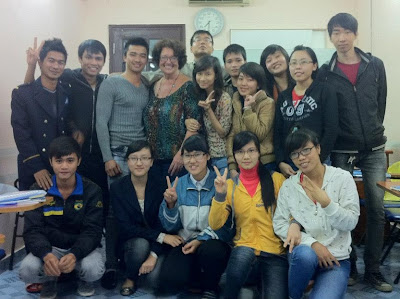 While I was teaching, Katie, Hannah, Khánh and Xuân went to the movies to see "Twilight - Breaking Dawn Part 2", which has just been released.  The girls agree that the cinema here is better than Birch Carrol and Coyle in Coffs!

Only one more Monday before we leave.