Today we had a staff party - fare-welling John and Melissa, who finish up this weekend, me, and Darren who will leave in December, and welcoming Lee and Claudine. 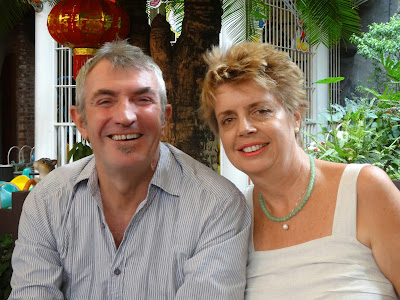 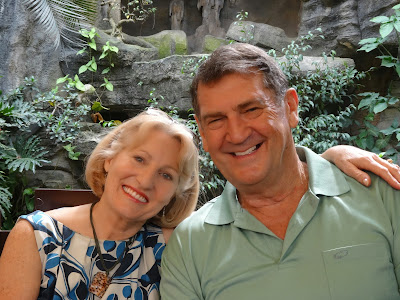 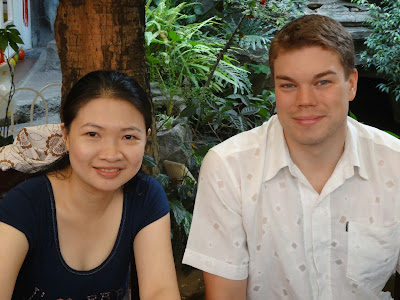 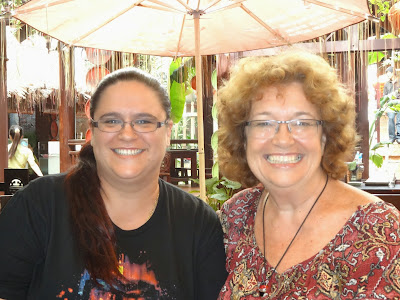 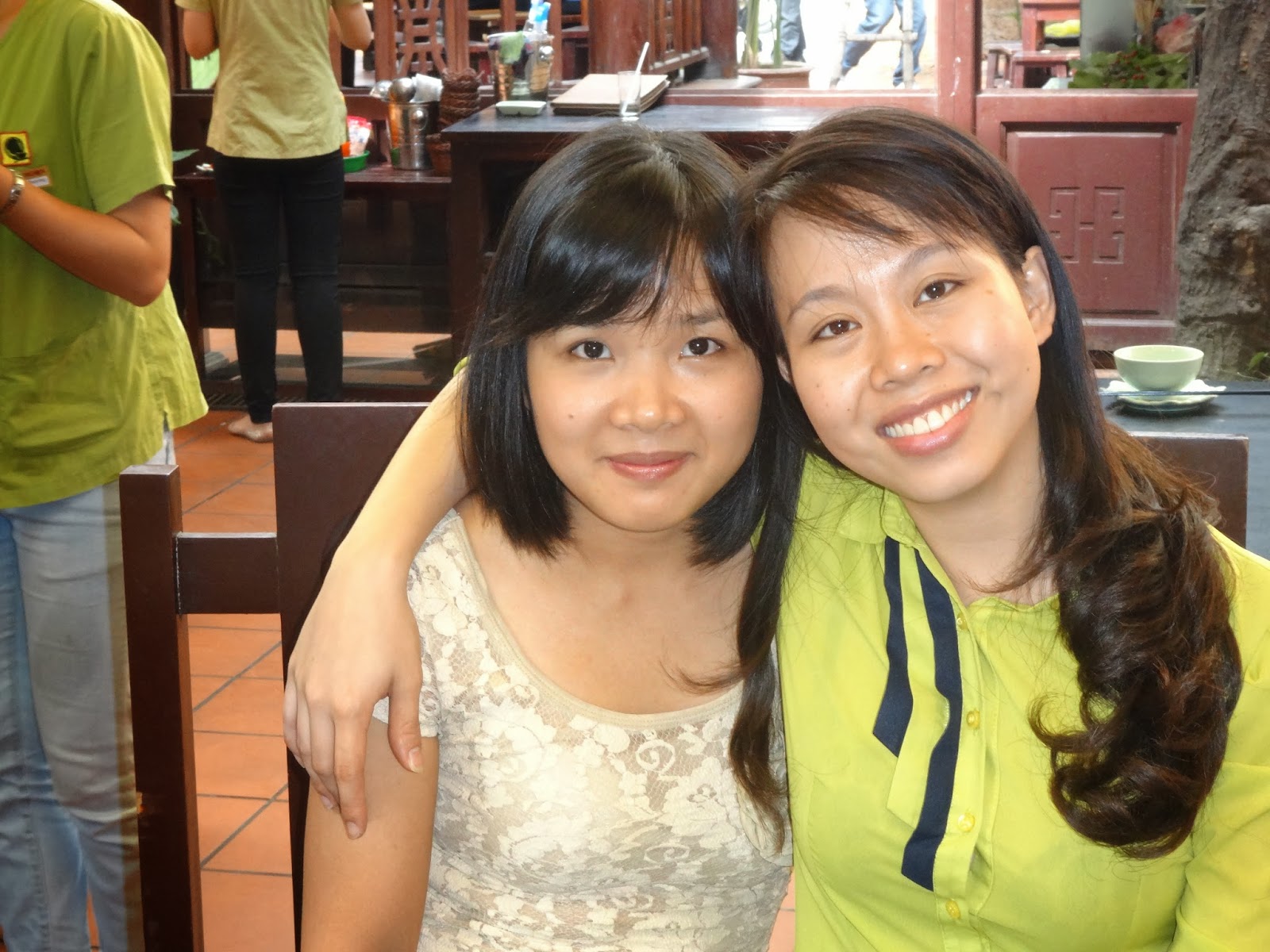 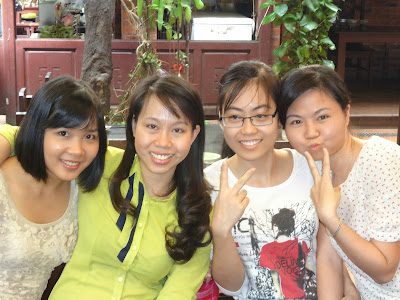 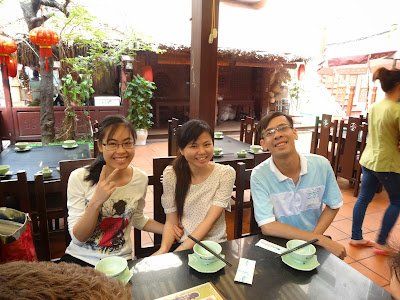 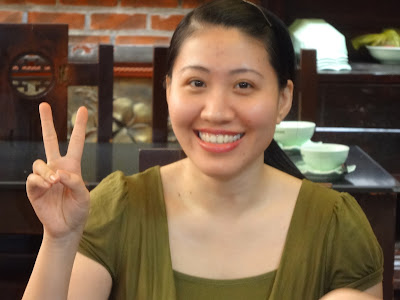 When the hotpot came out, the prawns were so fresh, they were still wriggling off the plate! 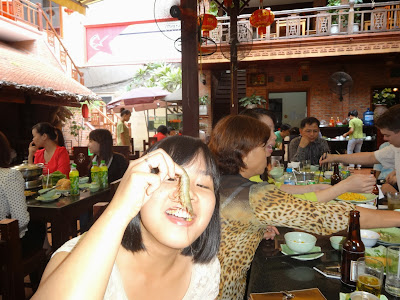 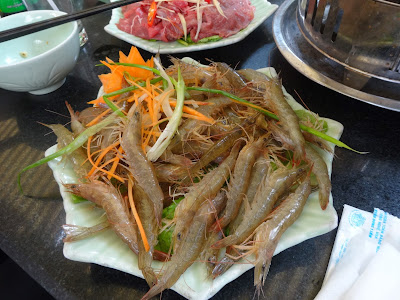 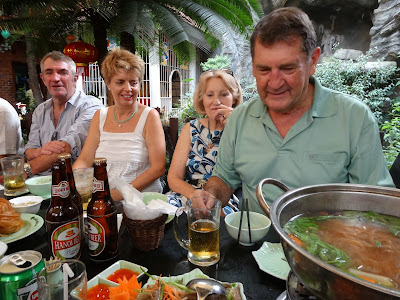 Lee found that very confronting... especially when one prawn even landed in Graham's beer! 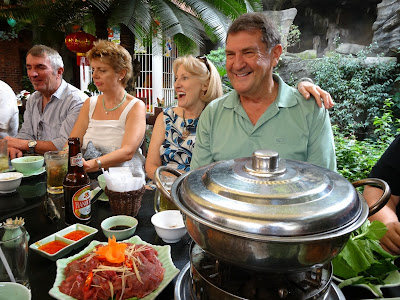 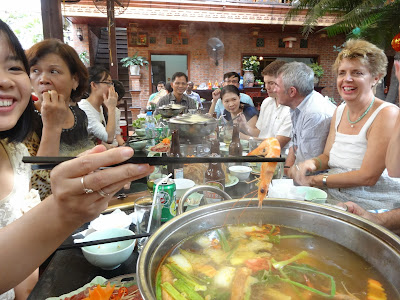 We were half way through the hotpot when Claudine arrived - she had ridden her bicycle! She tucked in enthusiastically and was still happily hooking in when the rest of us left. 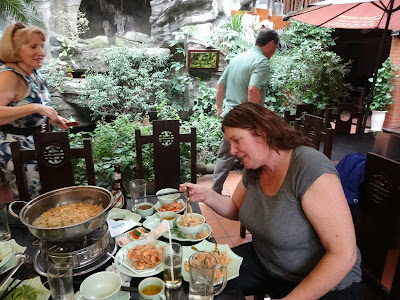 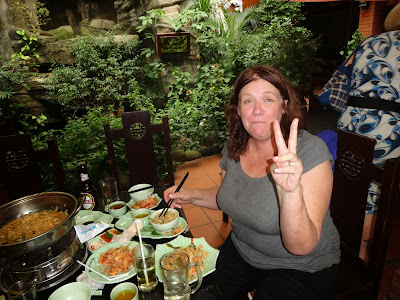 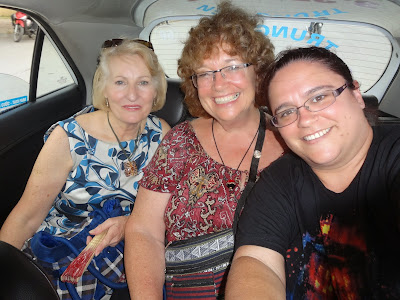 Three of us squished into the back of a taxi deserved a selfie!