Last week I did a nine demo classes for a Kindergarten at An Lão - nine ten minute classes in 90 minutes!  Nine times I walked into a room with 20 or so 3-5 year olds who were totally daunted by seeing a foreigner up close. Nine times I had to win them over so I could teach them that learning English is fun and get them to a place where they were not frightened to speak out the new, strange words...and after 90 minutes, I was wringing wet, my voice was disappearing and I was tired and thirsty!  But the school staff were delighted, the kids excited and the contract was secured.

My ice-breaker in this kind of situation is the kid's song "Open, Shut Them". It's an action song and the verses include big and small, up and down, sad and happy, and fast and slow. Because I ham it up and over-exaggerate all the actions and facial expressions, even the most timid children start to laugh and relax and participate by the end of the song. After that it's easy to begin to teach them the target words - in this case: Hi and Hello.

This week I returned to teach 3 x half hour classes. 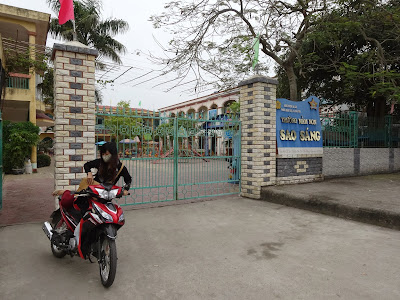 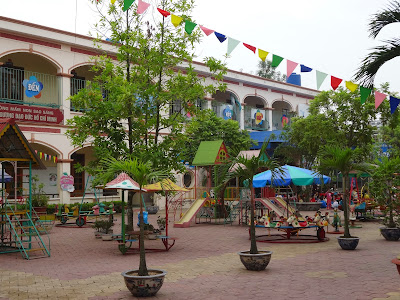 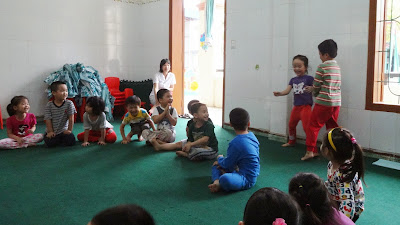 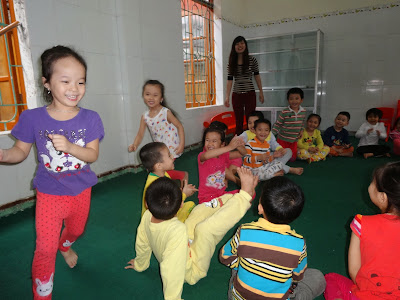 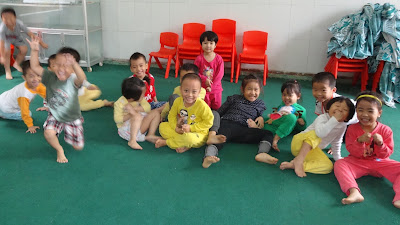 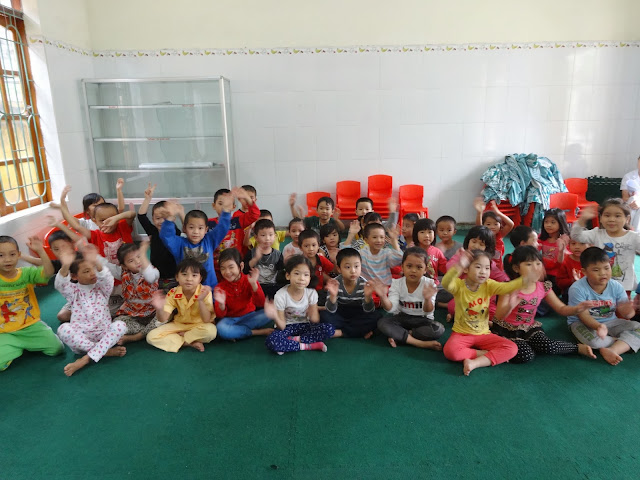 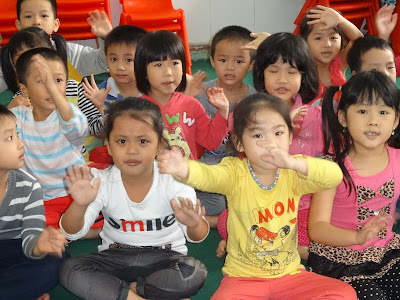 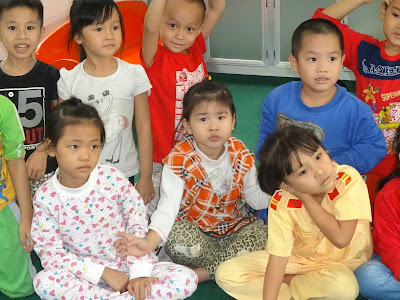 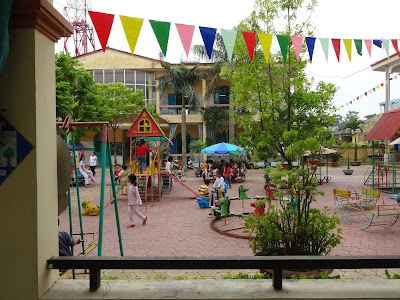 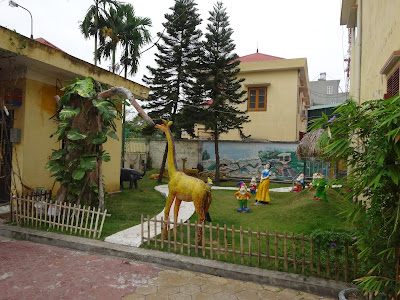 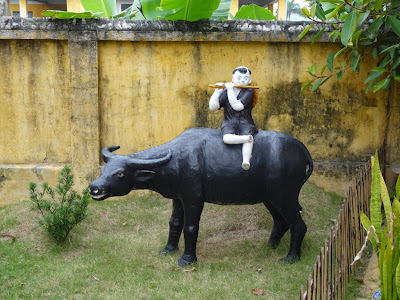 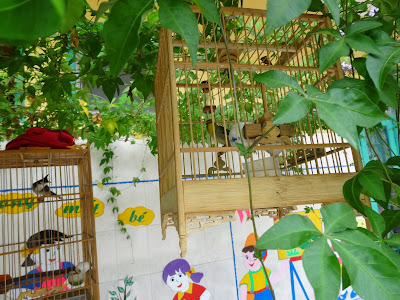 It's a beautifully well-appointed Kindergarten and the children appear to be happy and well adjusted, with kind, attentive staff.

It's a long ride - 50-60 minutes, depending on how fast the rider likes to travel. I was intrigued by this burnt out old church along the way... 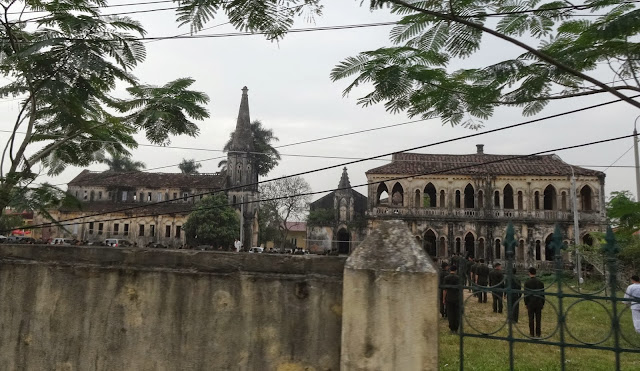 It stands in the grounds of what is now the Police Training Academy, but was obviously once Church property that included several large buildings, which now stand majestic and derelict.