Hải Dương for dinner and a sleepover at Tuyền's

This afternoon I packed an overnight bag and jumped on a bus to go to Hải Dương for dinner!  Two new friends from Facebook, who came to Hải Phòng for my meeting with Trang last weekend - Trung Quân and Trần Thanh Toản - invited me to come to Hải Dương to meet their friends. They formed an English Club just two weeks ago and were keen for them all to meet me and talk to a foreigner. Hải Dương is a large city of one million people half way between here and Hà Nội...about 90 minutes by bus.  They are both engineers, so we timed it for me to arrive for dinner. Quân met me at the bus stop and took me to the restaurant, where I met ten of their friends. 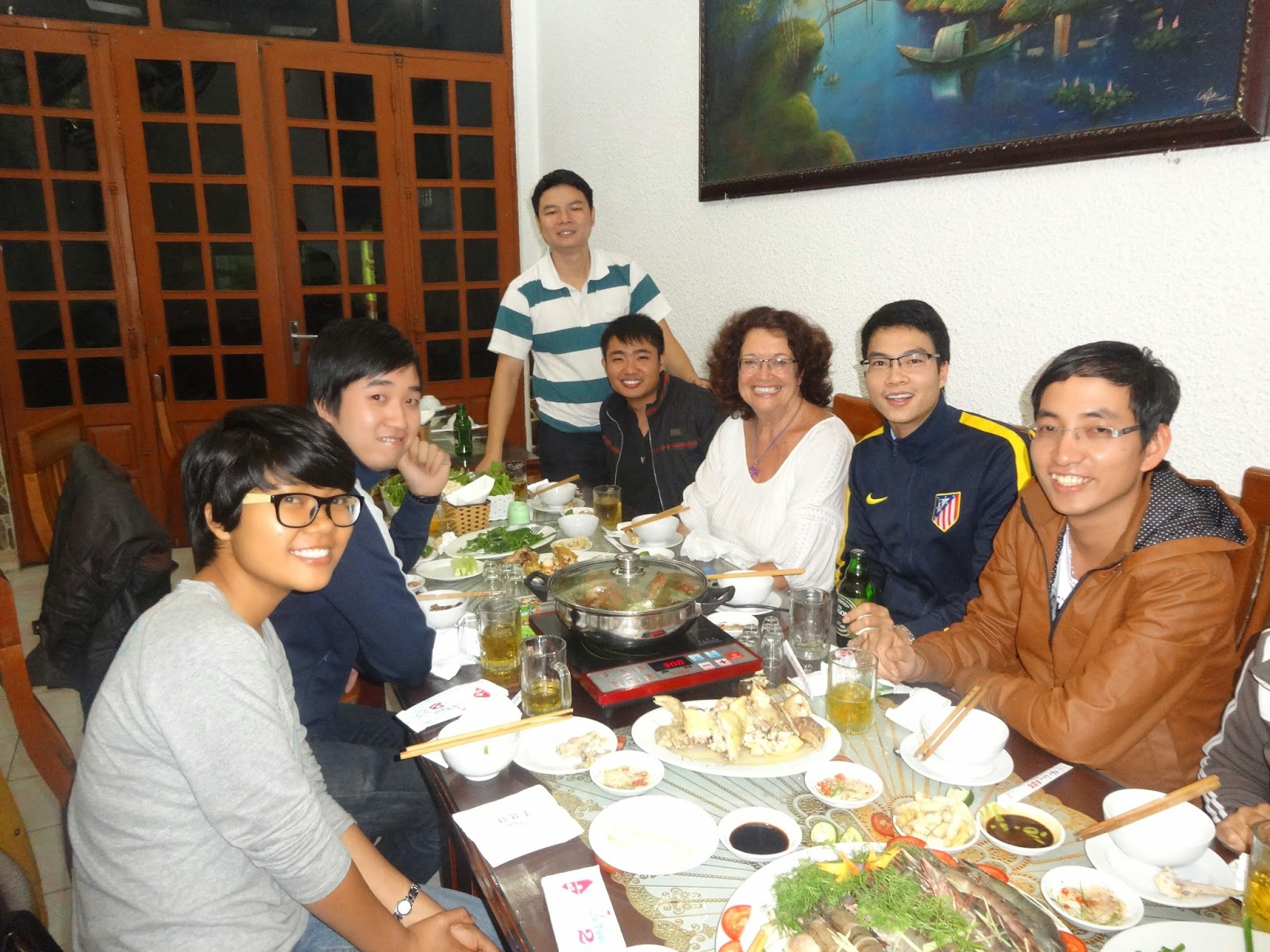 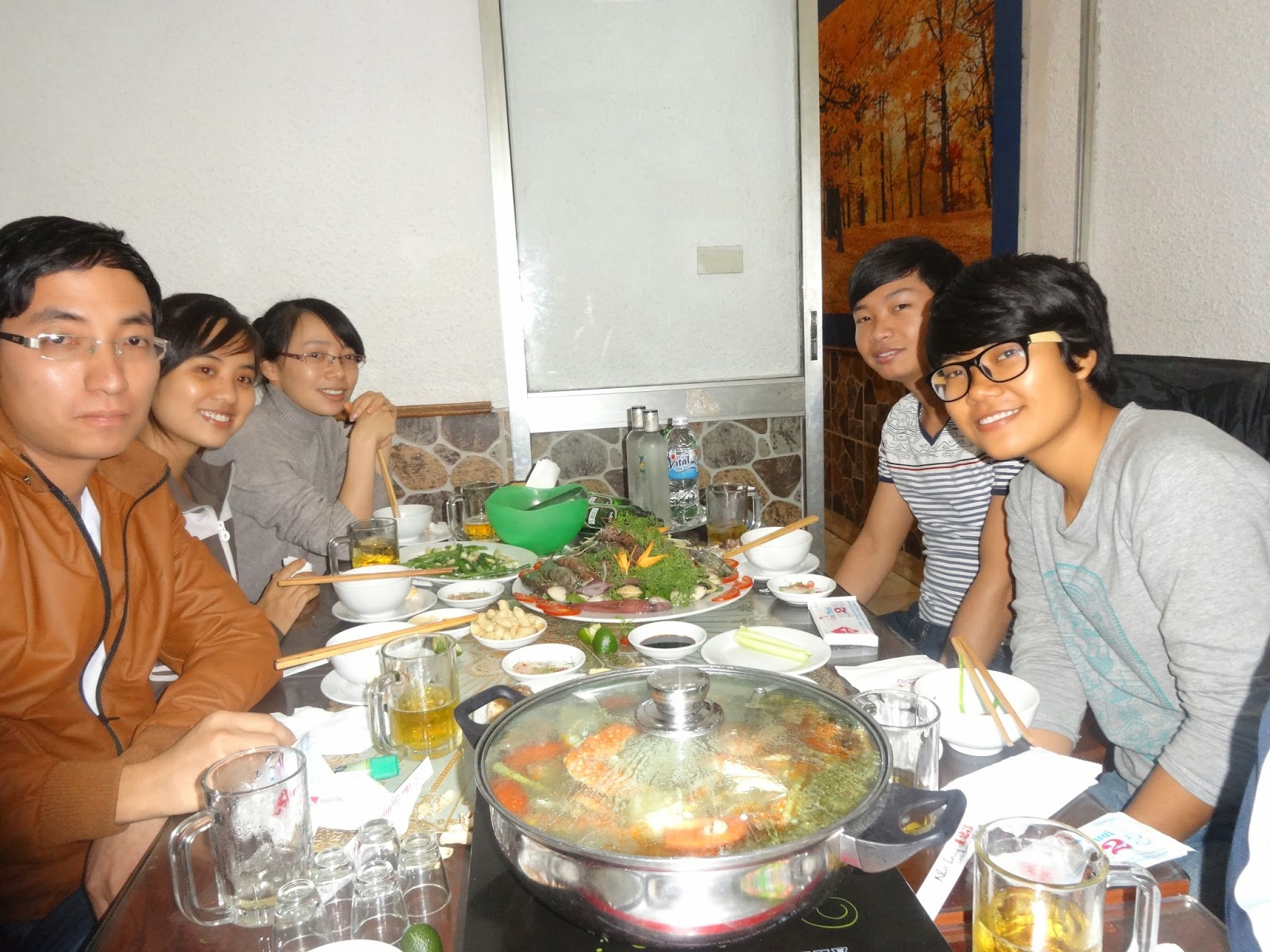 I was in awe of the plate of seafood they brought out for our hot-pot though... definitely didn't miss getting a photo of that!!!!  Check it out!!! 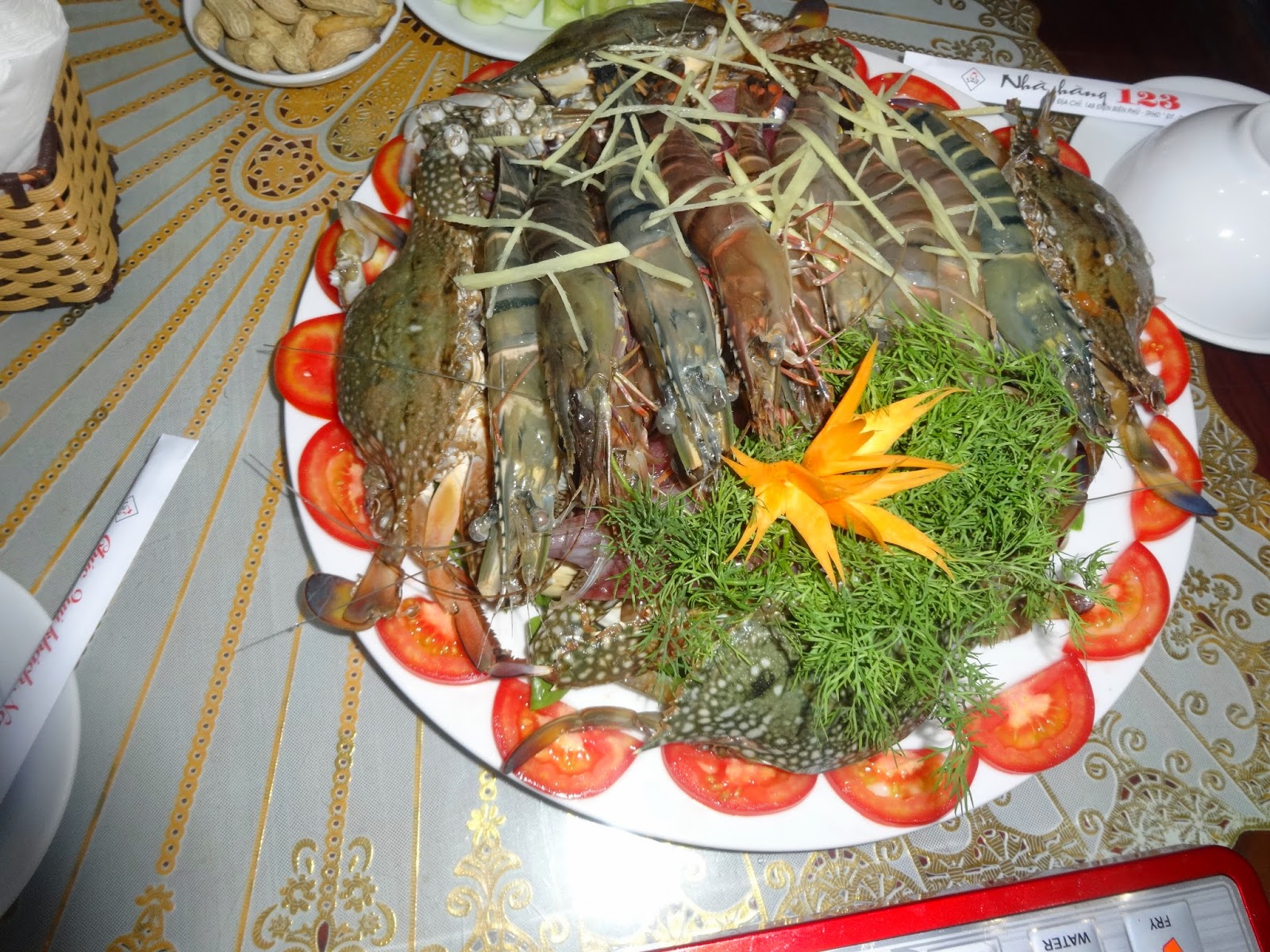 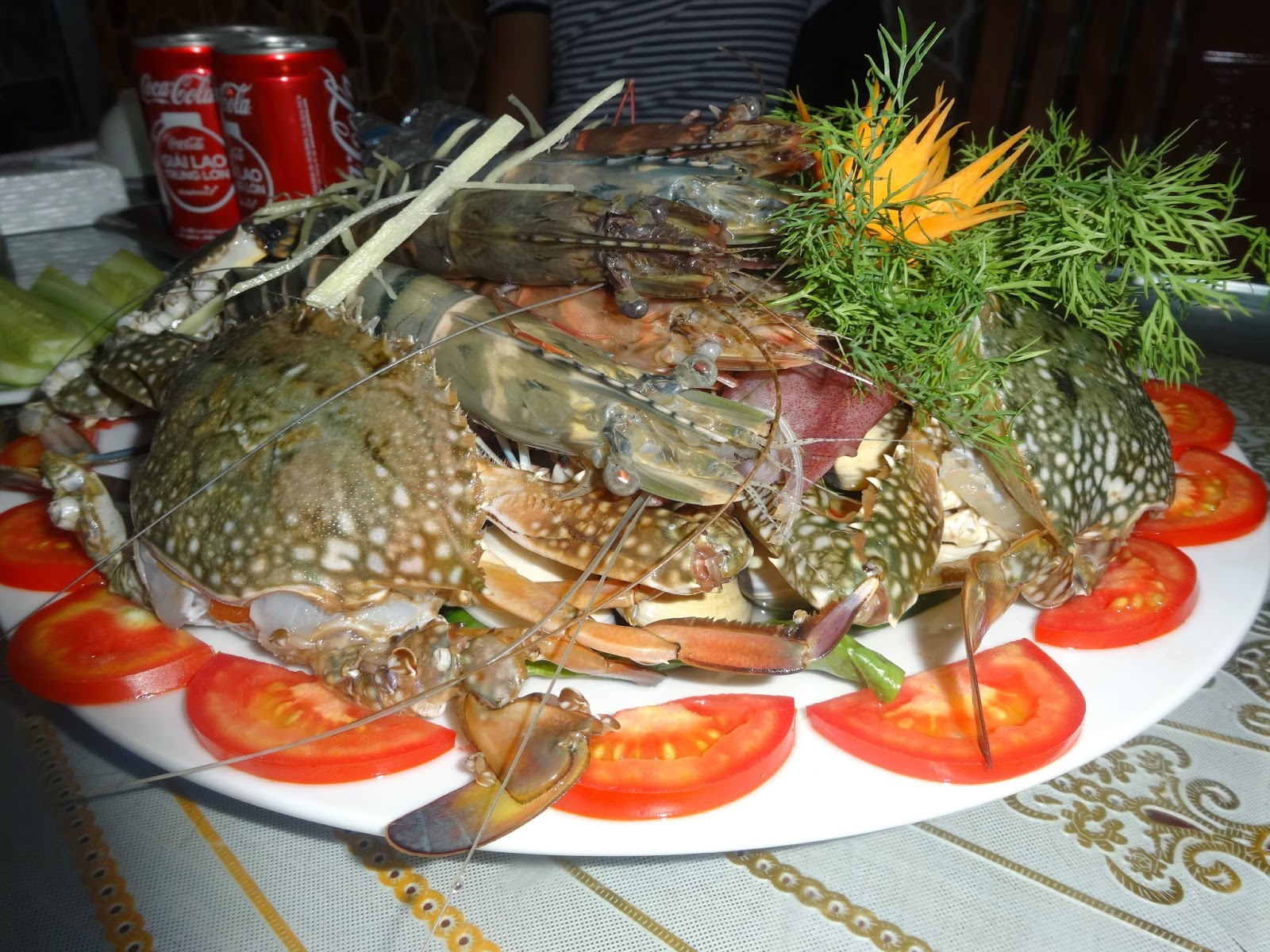 Our dinner was delicious, and once again it was a pleasure to chat with a new bunch of friends. It's too late in my trip this year to arrange another visit, but we'll keep in touch, and I will try to meet with them again next year. 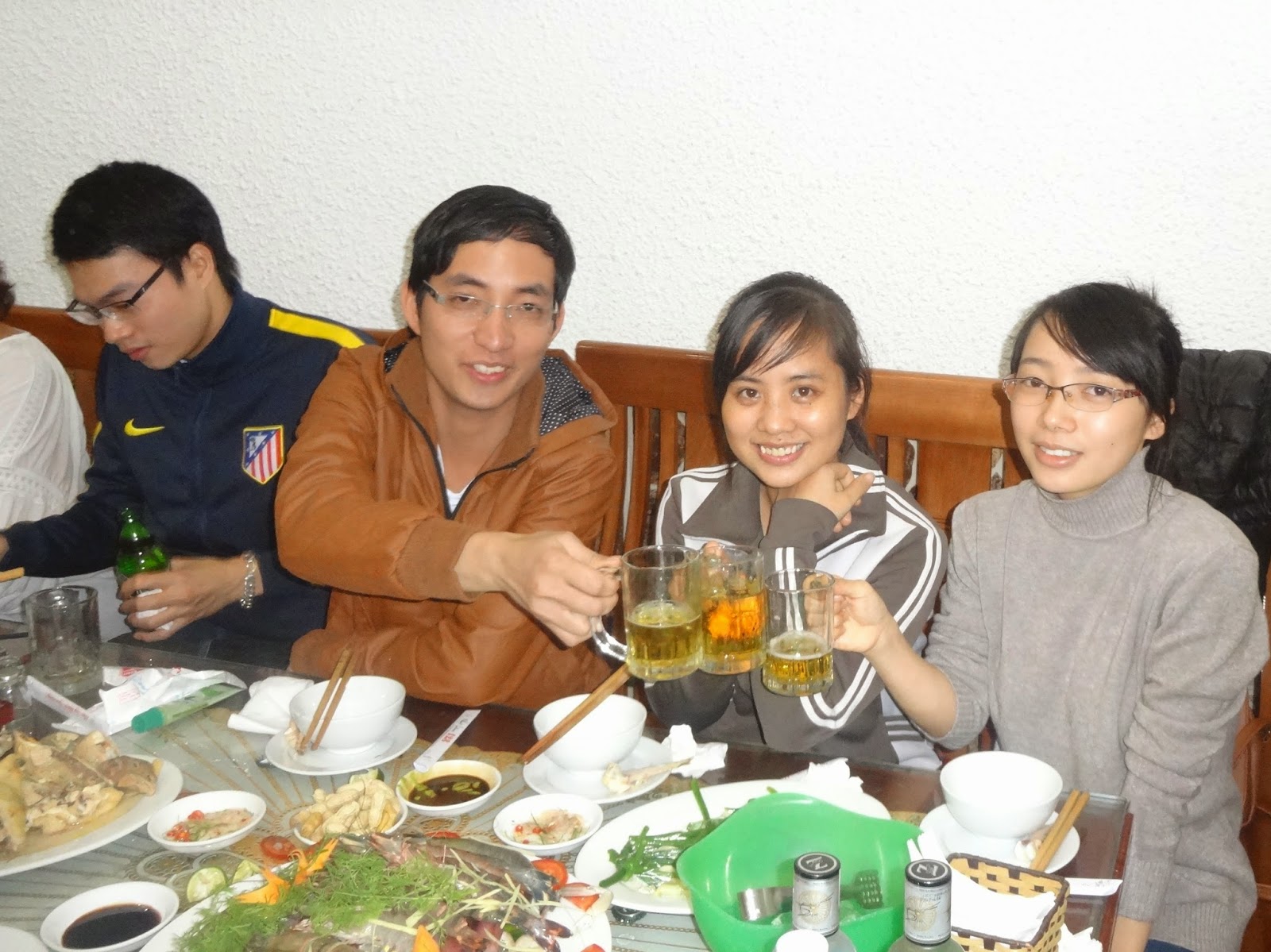 They were going to party on after dinner, but I had arranged to catch up with  Tuyền, since his home is in Hải Dương province and it was a great opportunity to visit his family again.

After we had finished dinner at 8:30, one of the girls gave me a ride to the outskirts of Hải Dương, where Tuyền was waiting to take me home to his place.  The weather has cooled off and I was grateful to have my warm vest on!

It was after 9pm by the time we got to Tuyền's hometown, Tứ Cuờng Commune. All was quiet, but his Mum, Săm, was waiting up to greet us. I had borrowed my blog book back from Hiếu, so after exchanging Hello's and greetings, I pulled it out to show her. She was delighted to see it. I also took the photos form my wardrobe door to show her, so we had plenty to talk about.  It wasn't long before it was time for bed. Occasionally I could hear vehicles passing by on the road outside.... and most of them were speeding through the town. (In the hotel it is very quiet at night.)

FRIDAY:
Săm's alarm went off at 4:20am (!)  She gets up then to begin doing the day's housework. Her home is spotless. Tùng, Tuyền's father was up and about and off to work by 6:30am. His younger sister - Yến - is studying at the Medical University in Hải Dương 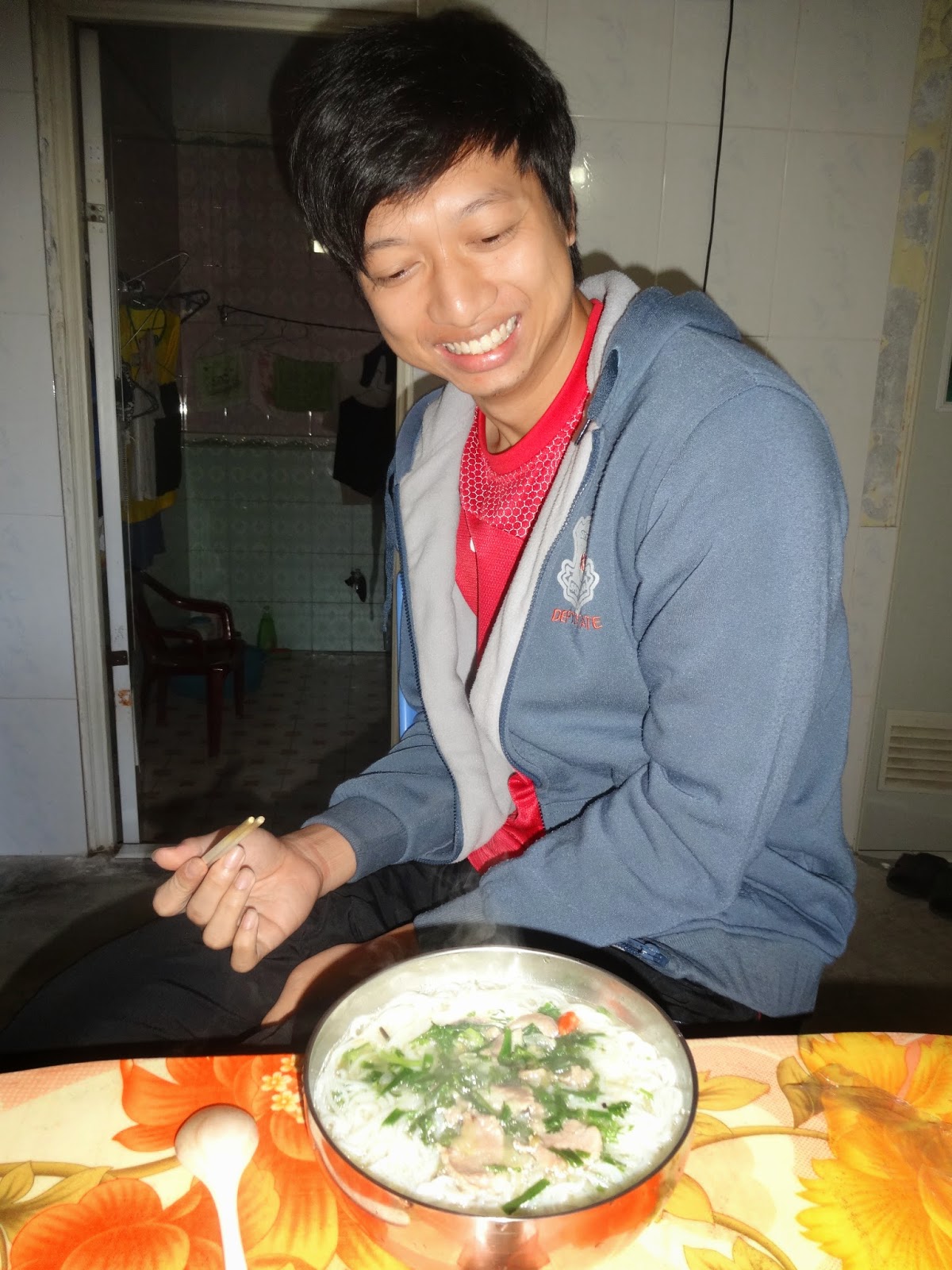 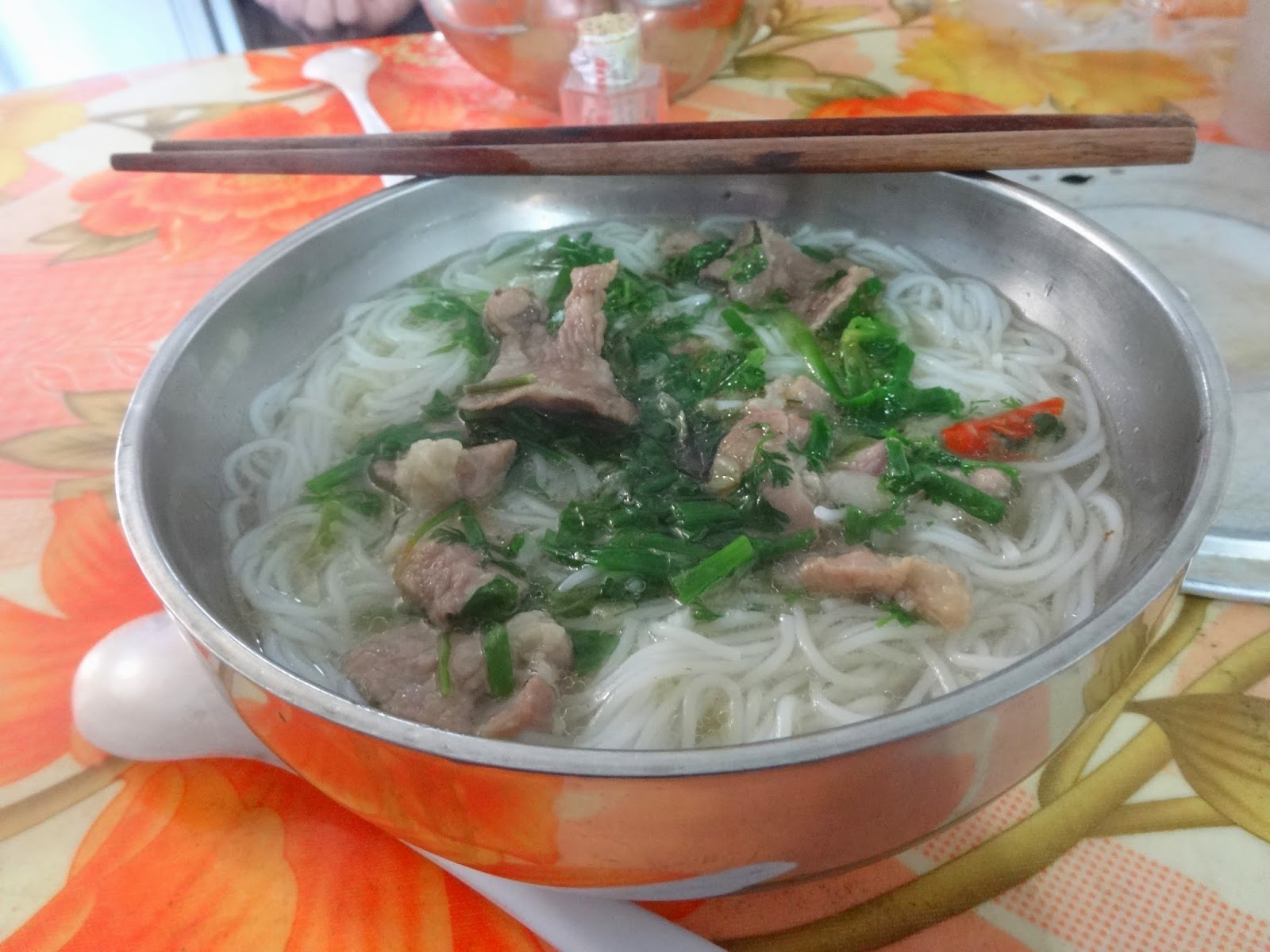 Then we went to visit his grandfather, who was also fascinated with the blog book, and spent a long time looking through it. 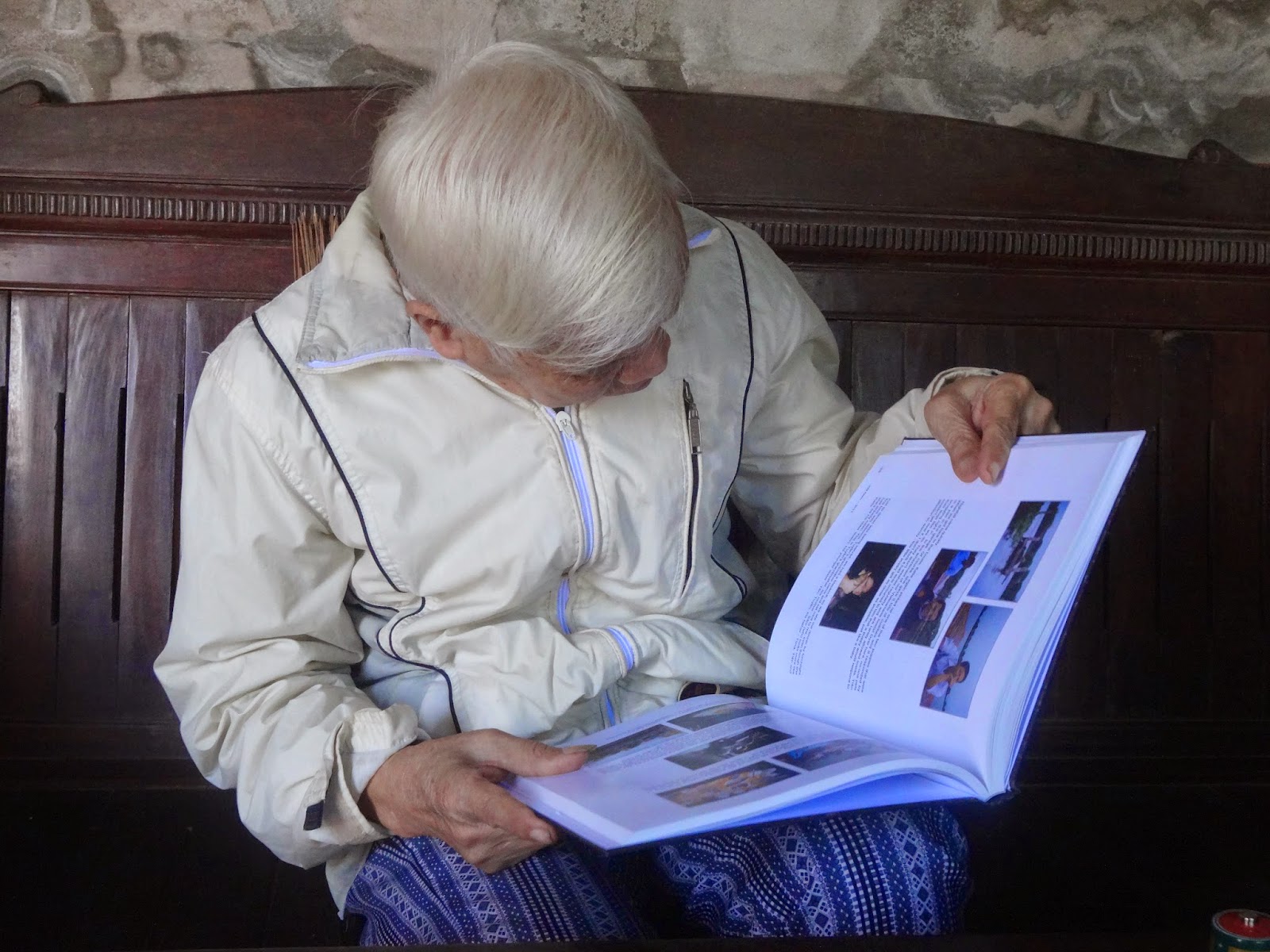 After a while, Tuyền's grandmother returned from visiting her son's house. They have 8 children... she raised them all alone while her husband was working in another province. Now four of them have families in the south, and four here. There are 21 grandchildren. 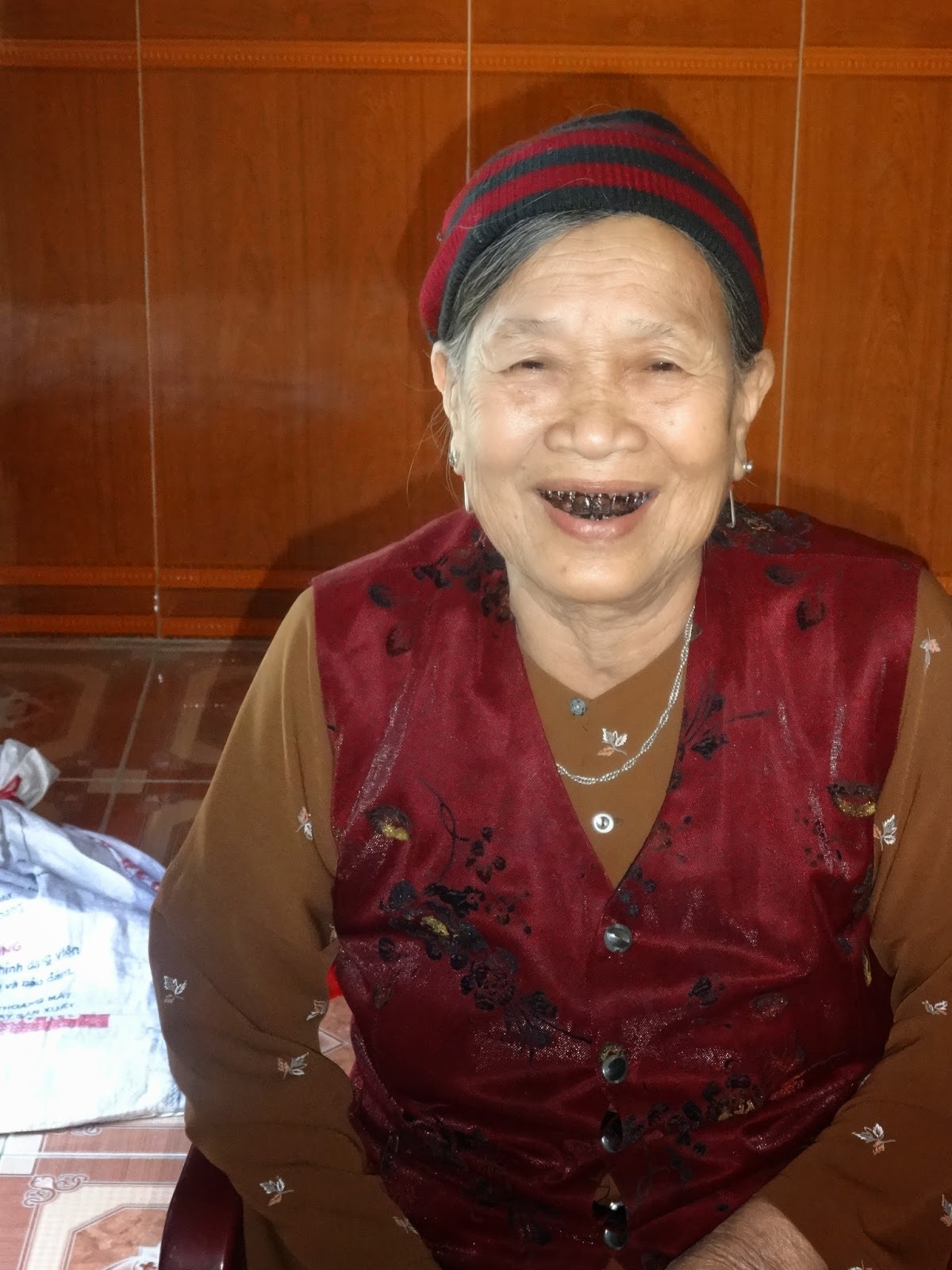 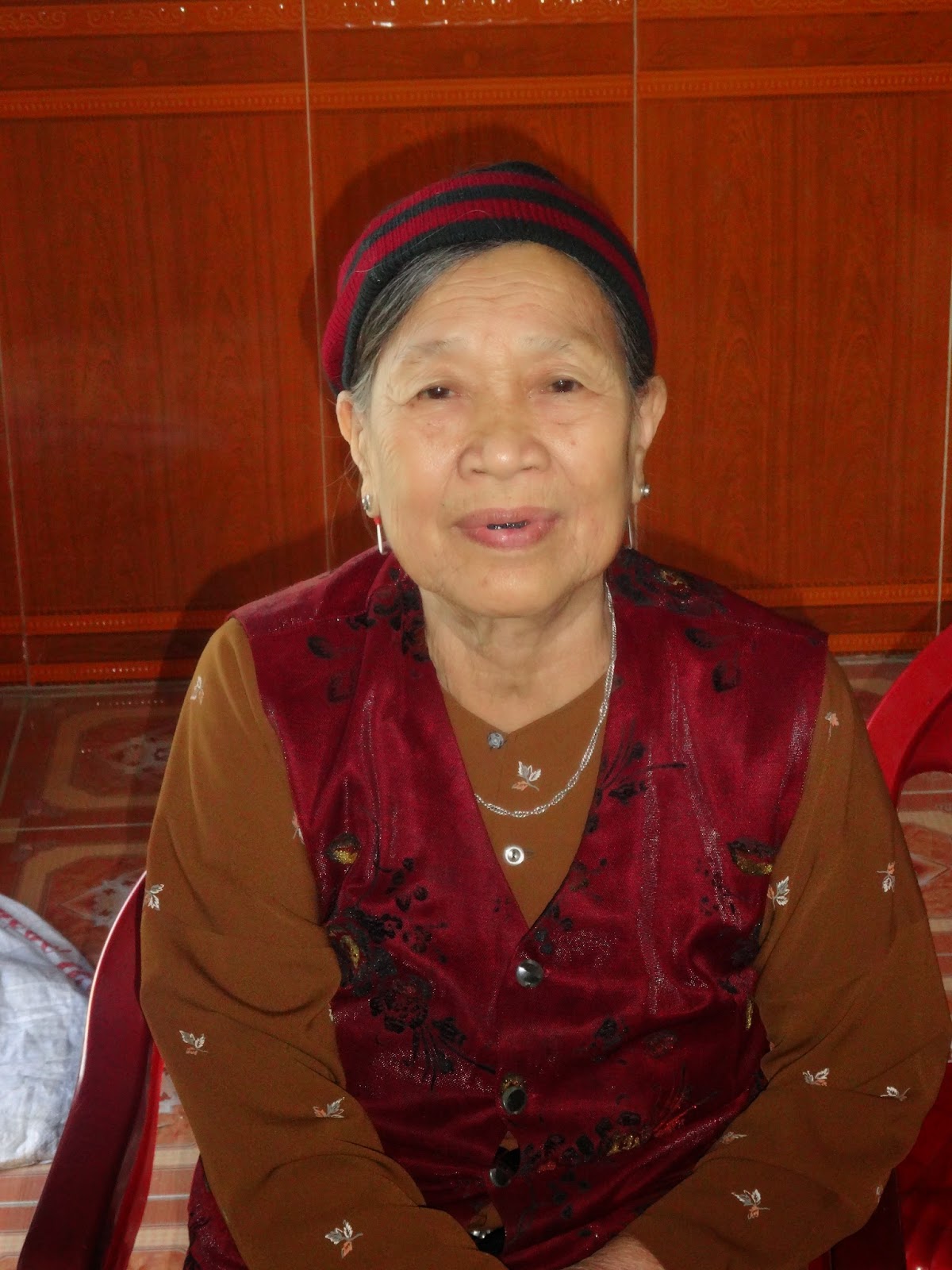 She's such a darling, and as talkative as ever. We visited with them for quite a while. Her eyesight is not the best, so she couldn't really see the small photos in the book, but she enjoyed my family photos.

We went back to Tuyền's house, where his mother was busy preparing lunch. Even though I offered to help, she was happier doing everything herself, so we sat and chatted to the various friends and relatives who dropped by to say hello.

When Tùng came home we all had lunch...another delicious meal, and I took some photos before he went back to work. 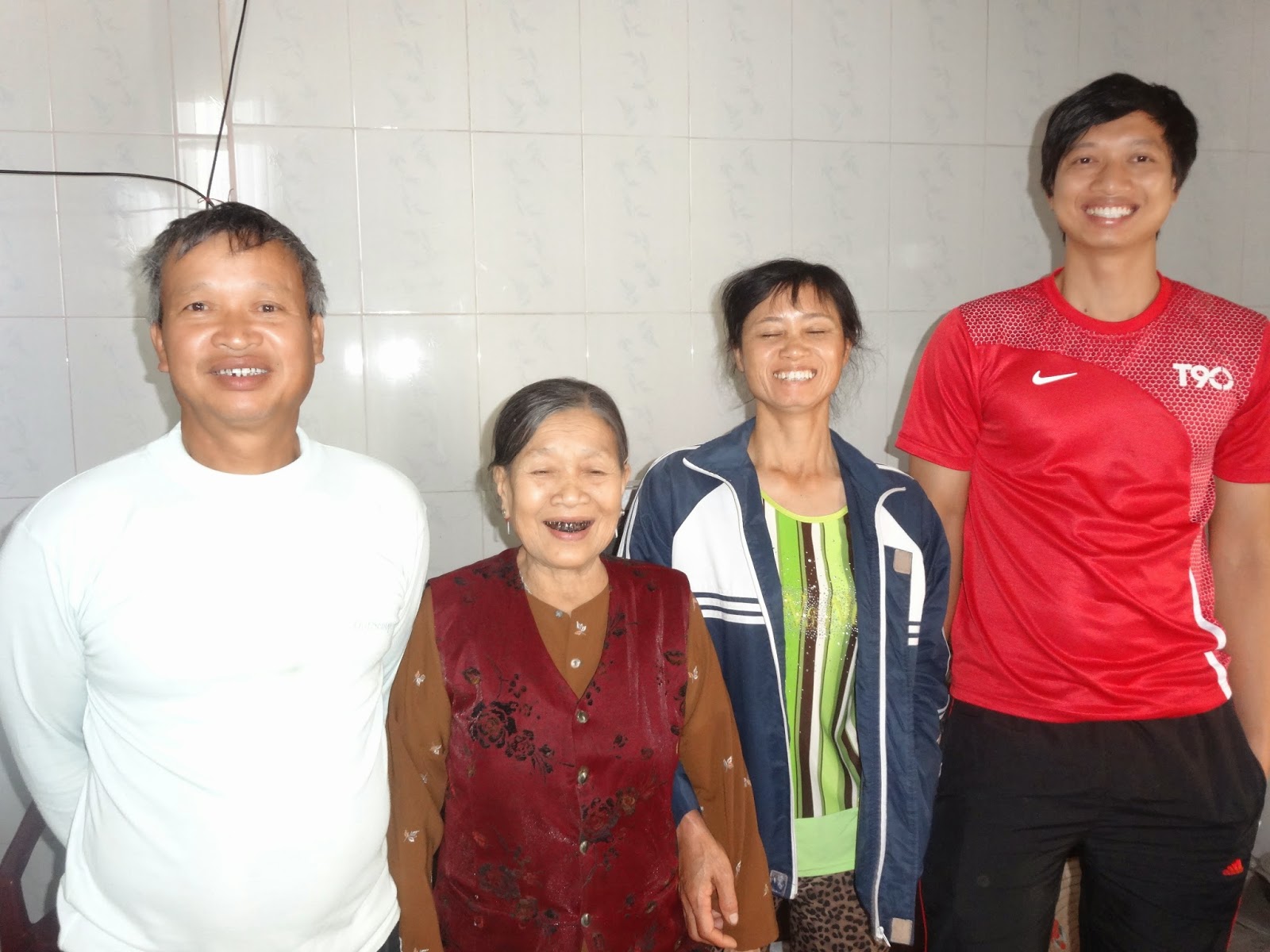 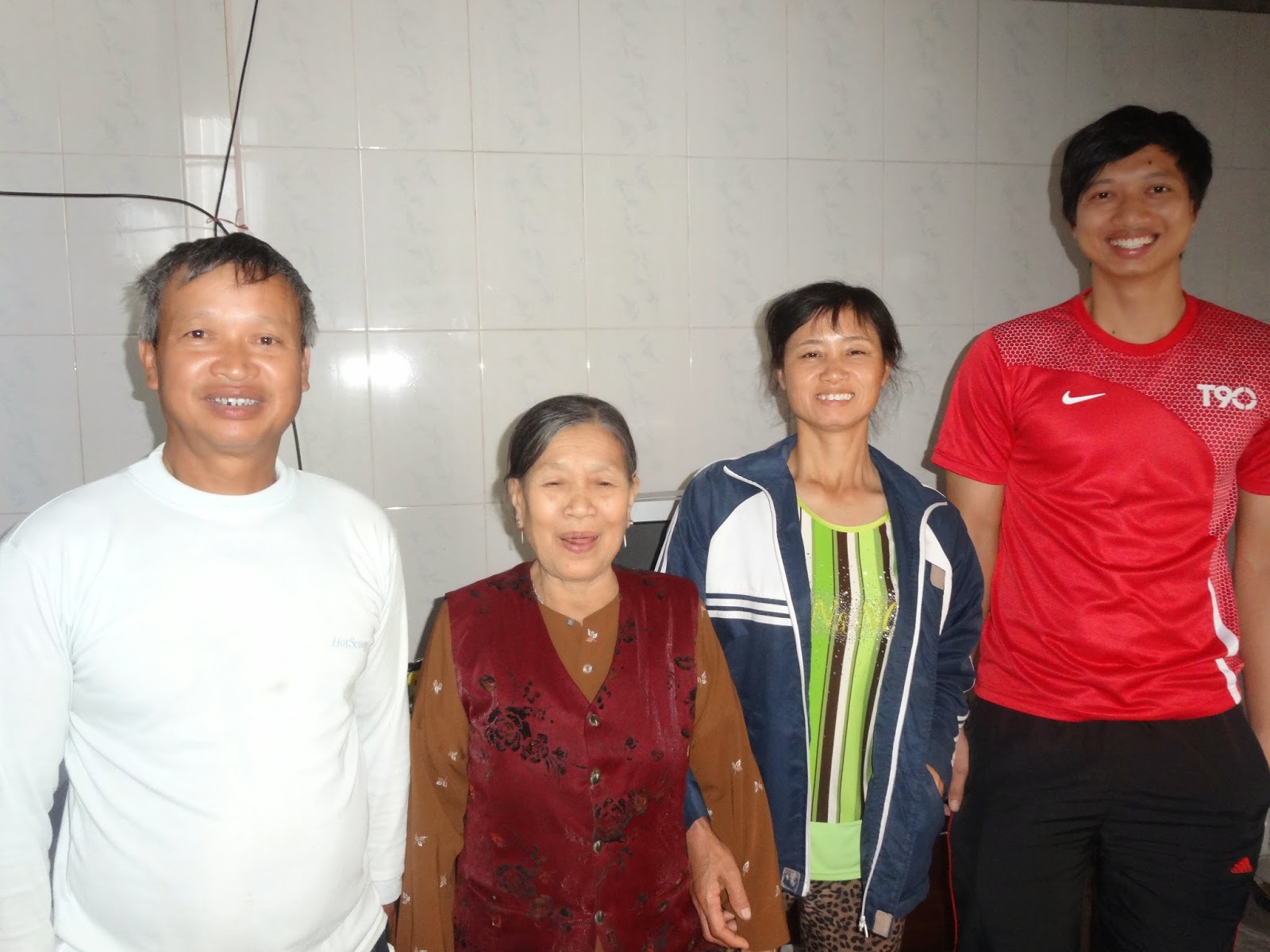 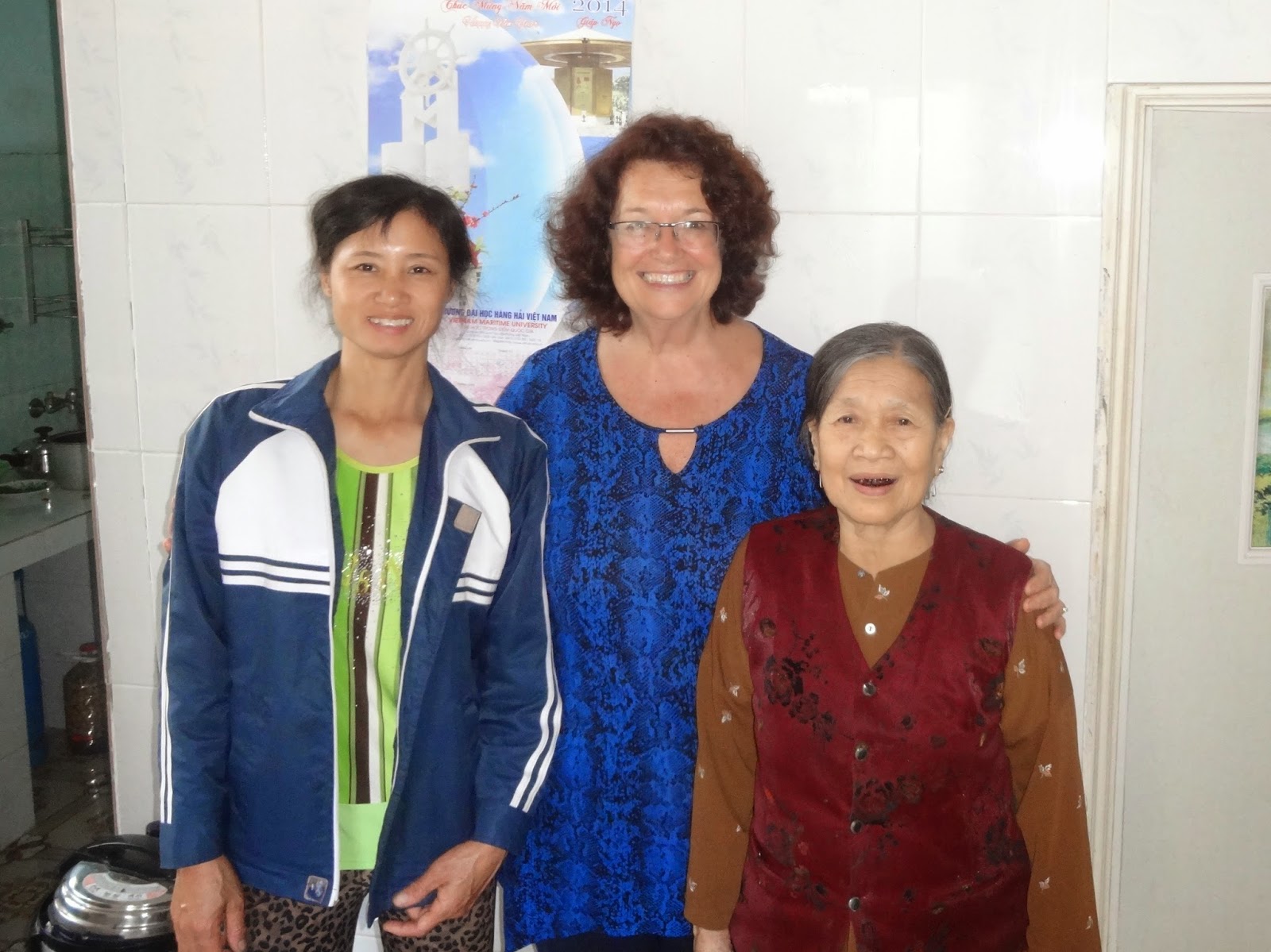 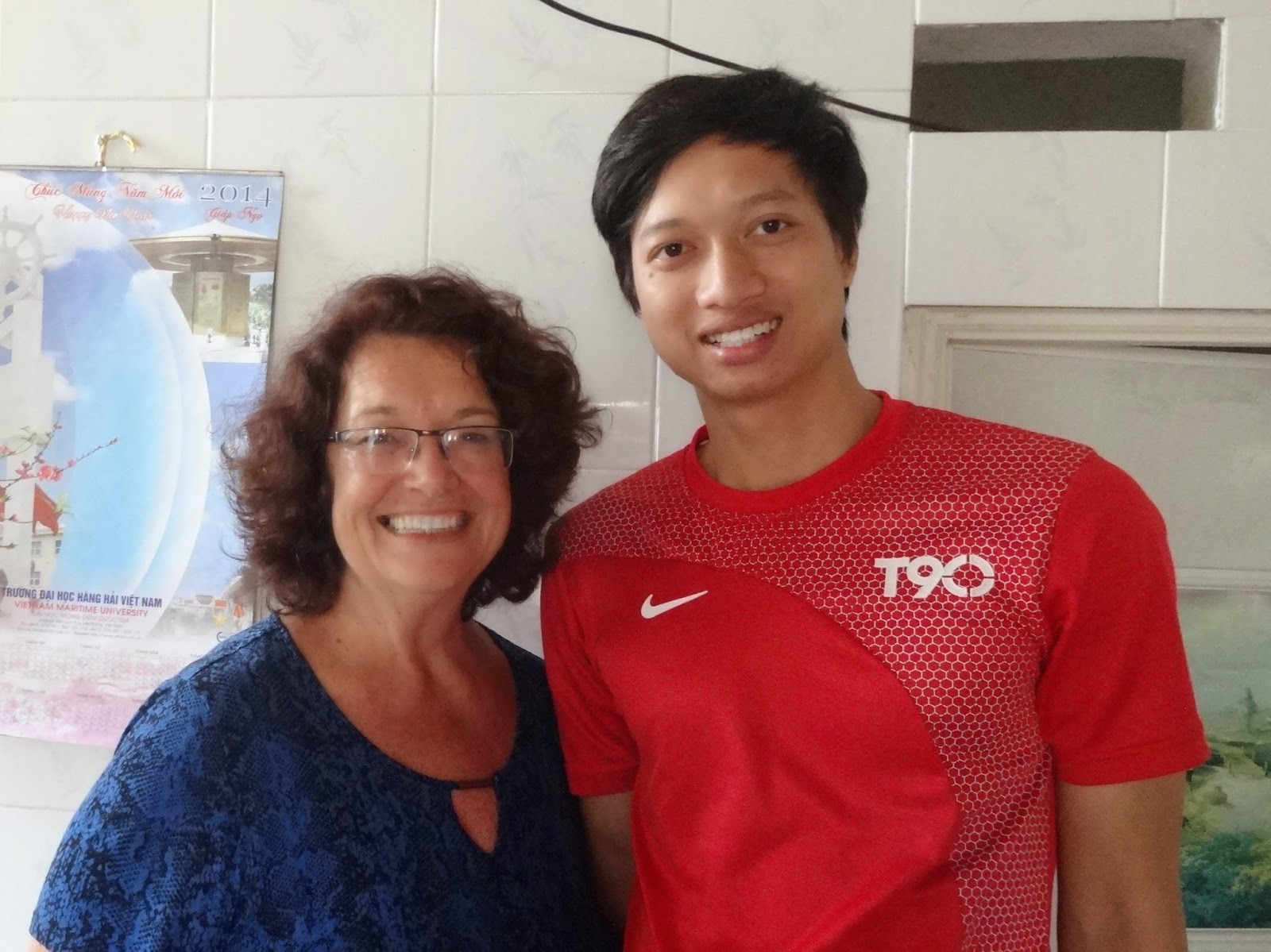 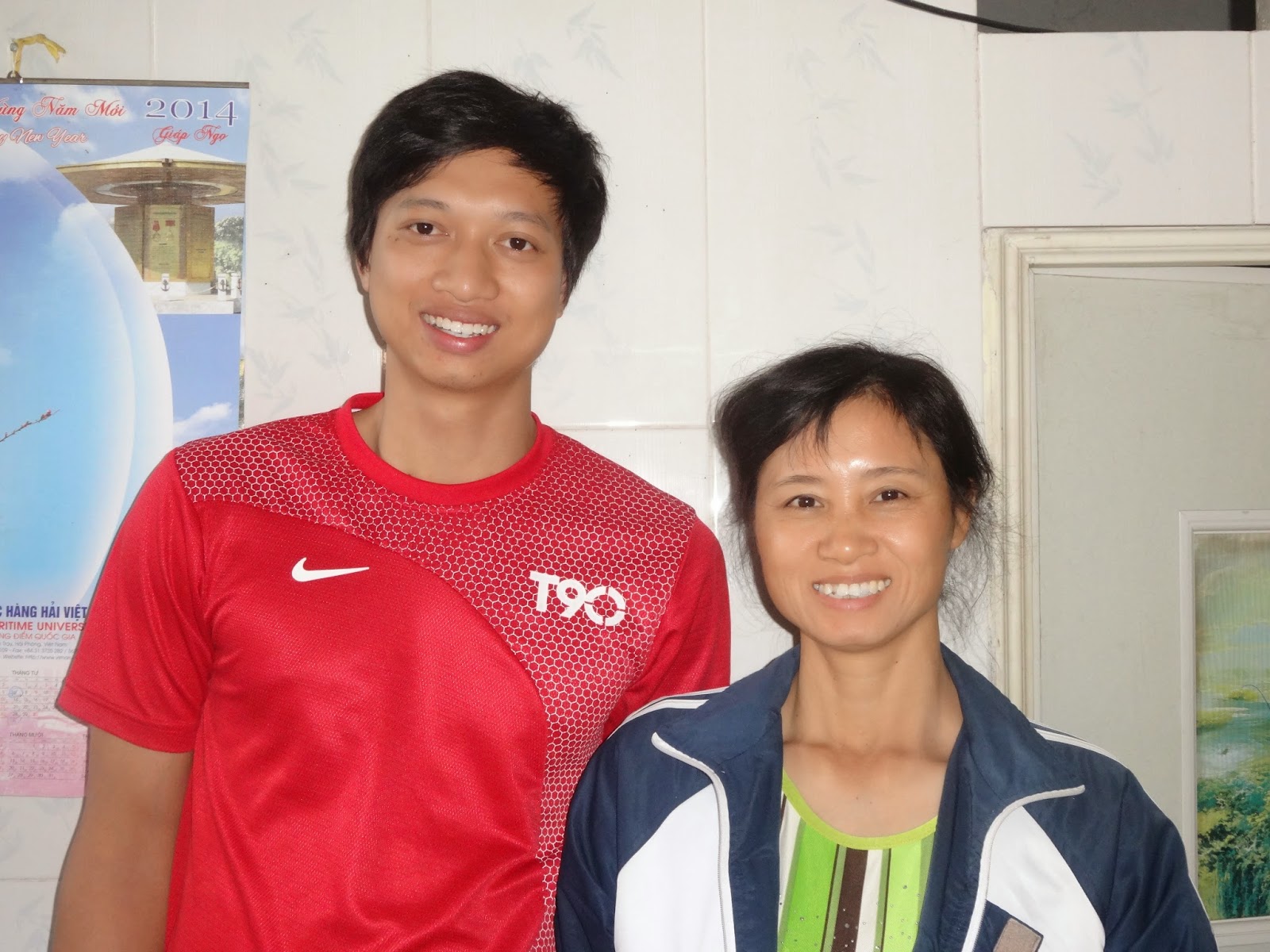 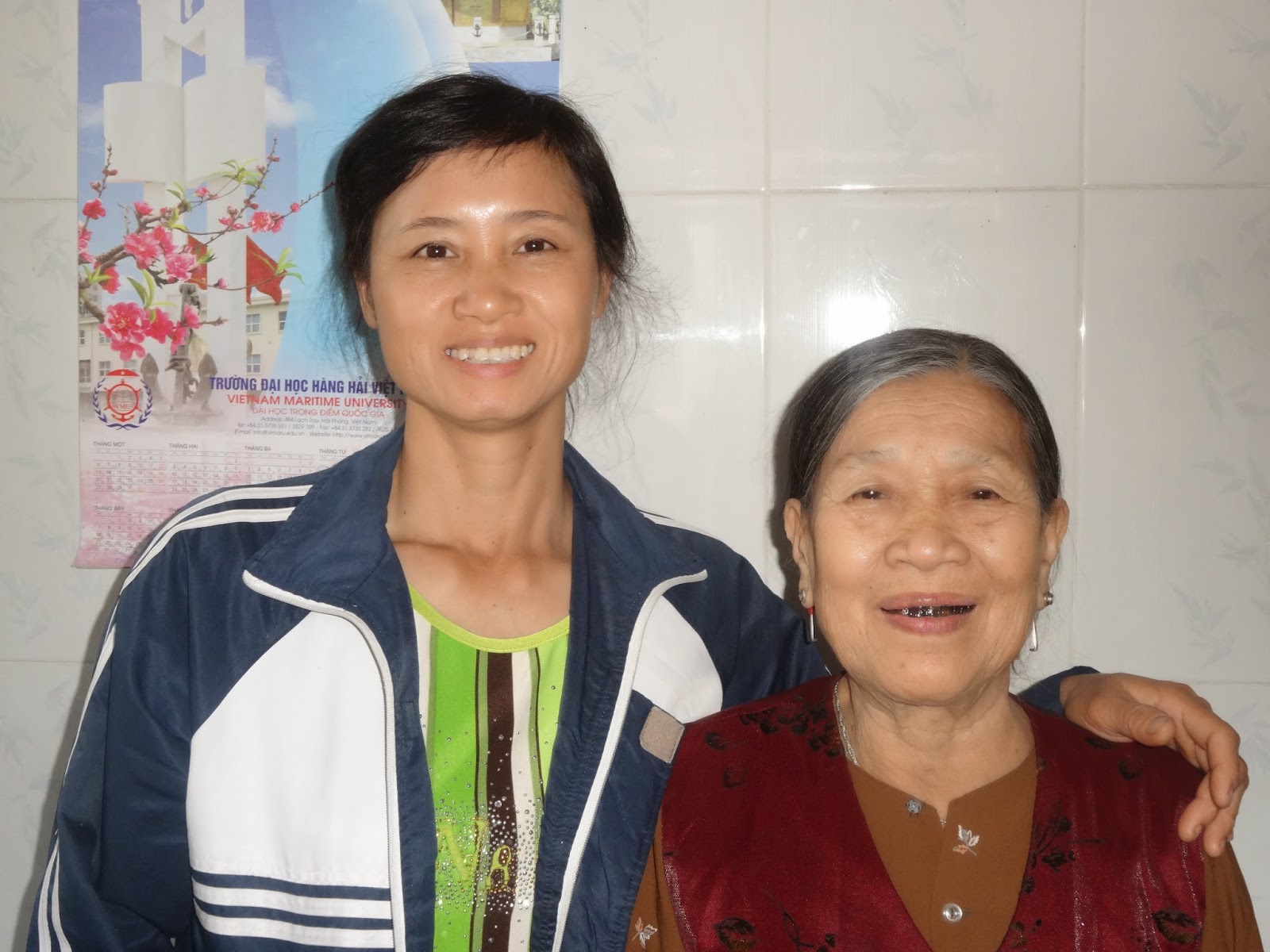 These beautiful ladies wanted me to stay with them for a week... even though I cannot speak to them without having Tuyền to interpret. I am so glad I got to see them again this year.

After lunch we flagged down the bus as it thundered past outside the house and I returned to Hải Phòng around 4pm. I should get to see Tuyền again on Monday when he comes to Hải Phòng for a briefing about his posting. He is expecting to ship out next week.

At 5pm Mạnh called to ask me if I would like to teach his Intermediate Class again tonight in 45 minutes...just enough time to prepare...!