Introducing Will to the neighbourhood


This morning we had a blackout (which foiled my plans for washing sheets etc) and Tony headed for Hanoi to sort out his Visa. The rules have changed, and untangling the new requirements is an absolute schamozzle. I hope they get it under control soon, or foreign language teqchers will simply go elsewhere, because at the moment it's farsical... Tony was told he has to get originals of both his University transcripts and his federal police check in Vietnamese!! As if! There is no way an Aussie Uni is set up to do that!

Anyway, Xuan came over with a tantalising parcel of these hot spicy bread sticks Khanh arrived and then Kate and Sun came with a new teacher, Will McGowan. He is from Derry, in Ireland and is 25 and will live here in the house. He just flew in after five days in Ho Chi Minh City (just like I did).  After a bit, Sun and Kate left and since there was still no power and it was getting too hot in the house, we decided to go for a walk and show Will around.

We went as far as Nguyễn Bình, the market street between Van Cao and Lạch Tray, and introduced Will to street food - Bun Cha 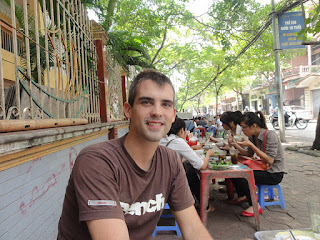 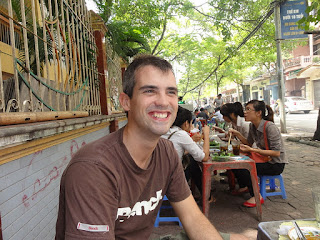 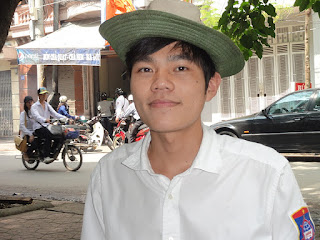 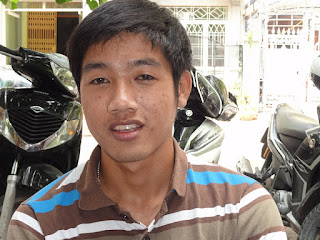 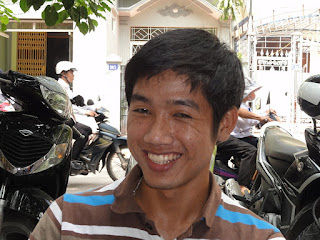 and this would be me 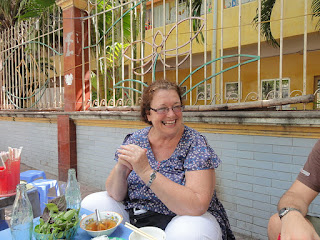 We decided to detour past Nam Pháp church so we could show it to Will. Not far from the church we were walking down the lane when Xuan pointed out Madam Tra's house, and suggested we should visit her. We got to the side gate and it was obvious that she was asleep (like 90% of the people in Hai Phong at that hour), but the lady across the alley insisted on opening the gate and waking her up! Poor lady... sound asleep then suddenly having to deal with unexpected visitors! I wanted to come another time, but everyone insisted that we should stay... 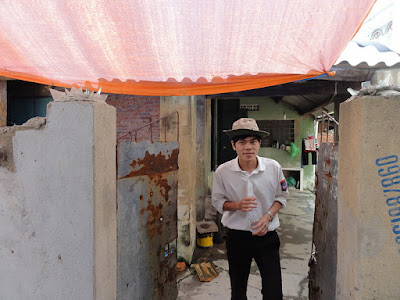 Xuan at the back gate
Madam Tra came out and graciously asked us to go round to the front room because the back was too messy. 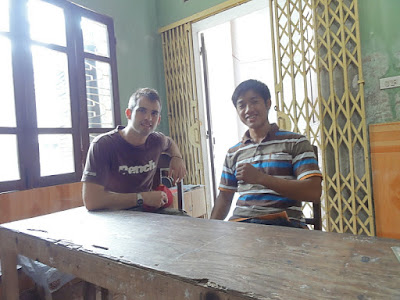 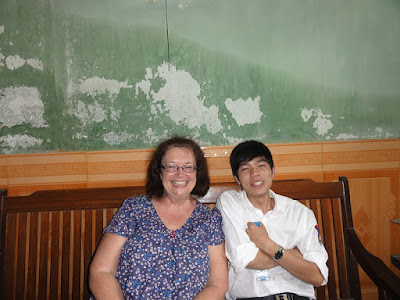 She made us welcome with a cup of fruit tea and a plate of delicious cold mango. We had a delightful visit. 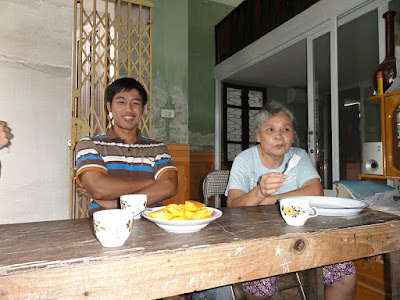 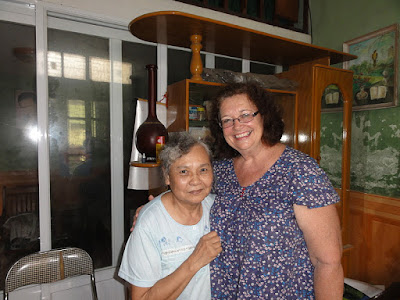 Madame Tra didn't want to have three people in the photo because of a superstition that the middle person in such a photo will die!... 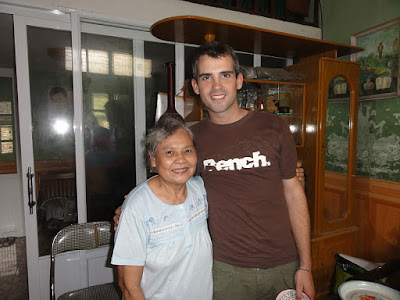 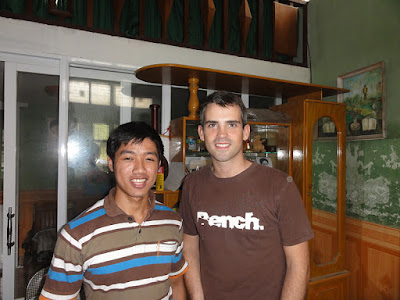 After we left Madame Tra's house we walked home in the heat of the day and poor Irish Will was really feeling it. This week it's very hot and humid again after the lovely mild weather we had last week. But now he has been round the block at least. We checked out the route on the map so he could get his bearings.

Later on I called Mr Cuong and he took Will to school for his first introduction to VAIE. In the evening Khanh and Xuan came back over and we headed out for a ride. We stopped off at Khanh's favourite chinese restaurant and had dinner 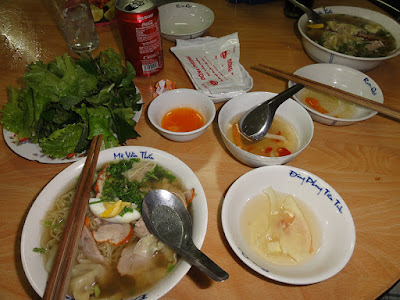 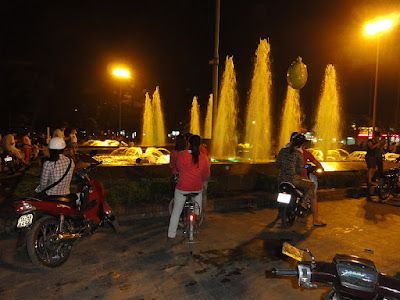 Lots of young couples on motorbikes 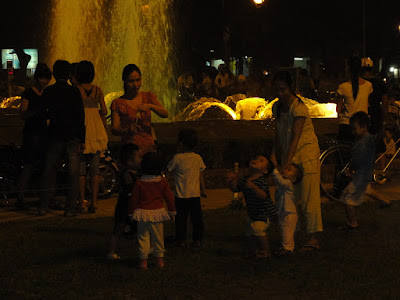 and families... these toddlers were chasing bubbles.

It was a lovely balmy evening. Khanh and Xuan came back and watched a DVD and we caught up with Will following his first taste of VAIE. Another great day!
Posted by Annie Gooch at 12:26 PM