Tonight Khanh picked me up after the first class and we headed into the city centre to go to the opening night of the Goethe Institute sponsored German Film Festival. Khanh studies German, as his uncle lives there and Khanh plans to go to Germany to continue his studies in Civil Engineering after he graduates here. We were treated to drinks and German food before the movie 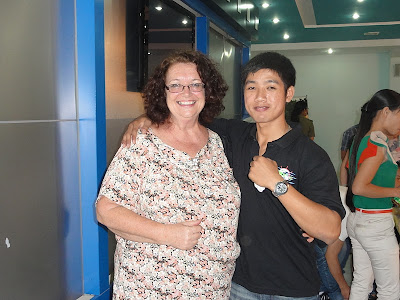 Several of the church class students joined us 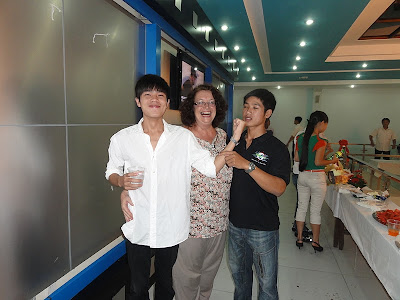 the irrepressible Xuan, of course 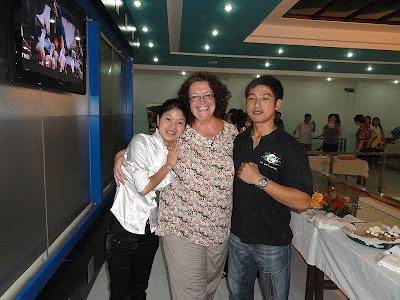 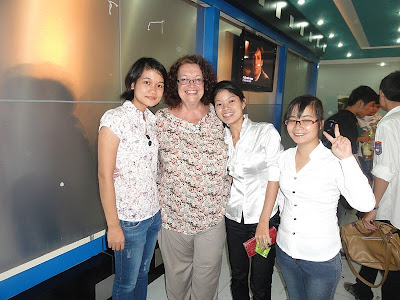 Quyen, me, Lan and friend 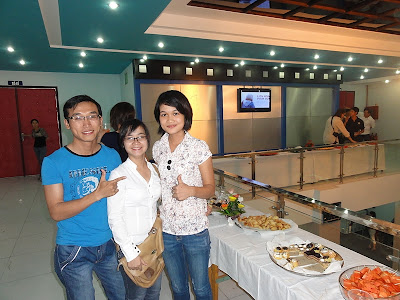 The movie was called Goethe  and was a biography of the lead up to the publishing of his first novel. It had been advertised with Vietnamese voice-overs and English sub-titles, but the organisers obviously looked around at the audience and saw that I was the only foreigner other than the two German ladies frome Goethe Institute, so they doubled up and both dubbed and sub-titled in Vietnamese. Even though I couldn't understand a word, I could still follow the plot and knew what was happening. It was a love story with a twist and quite entertaining.

It was fascinating listening to Khanh speaking German with the lady from  the Goethe Institute.  3 languages... I wish I could speak even two!
Posted by Annie Gooch at 8:40 AM