Back in Hà Nội

Saturday began quietly enough as we packed our bags for four days in Hà Nội. We had planned to go on Monday so I could be there for the launch of Isagenix on Tuesday (...finally...after many postponements! )  but when Will rang yesterday and invited Katie to join him and his friends on a night out, we decided to go earlier and make the most of a weekend while Will and Pete weren't working.

Before we left, we caught a taxi into Minh Cai Street to Indian Kitchen  Restaurant, where we met Đàm Đức Mạnh for lunch.  He is flat out at the moment...preparing to open his second English language centre next Sunday!  He has some wonderful dreams and plans for the future...some of them align with Katie's dreams..and mine. It will be interesting to see what unfolds as the years roll by. 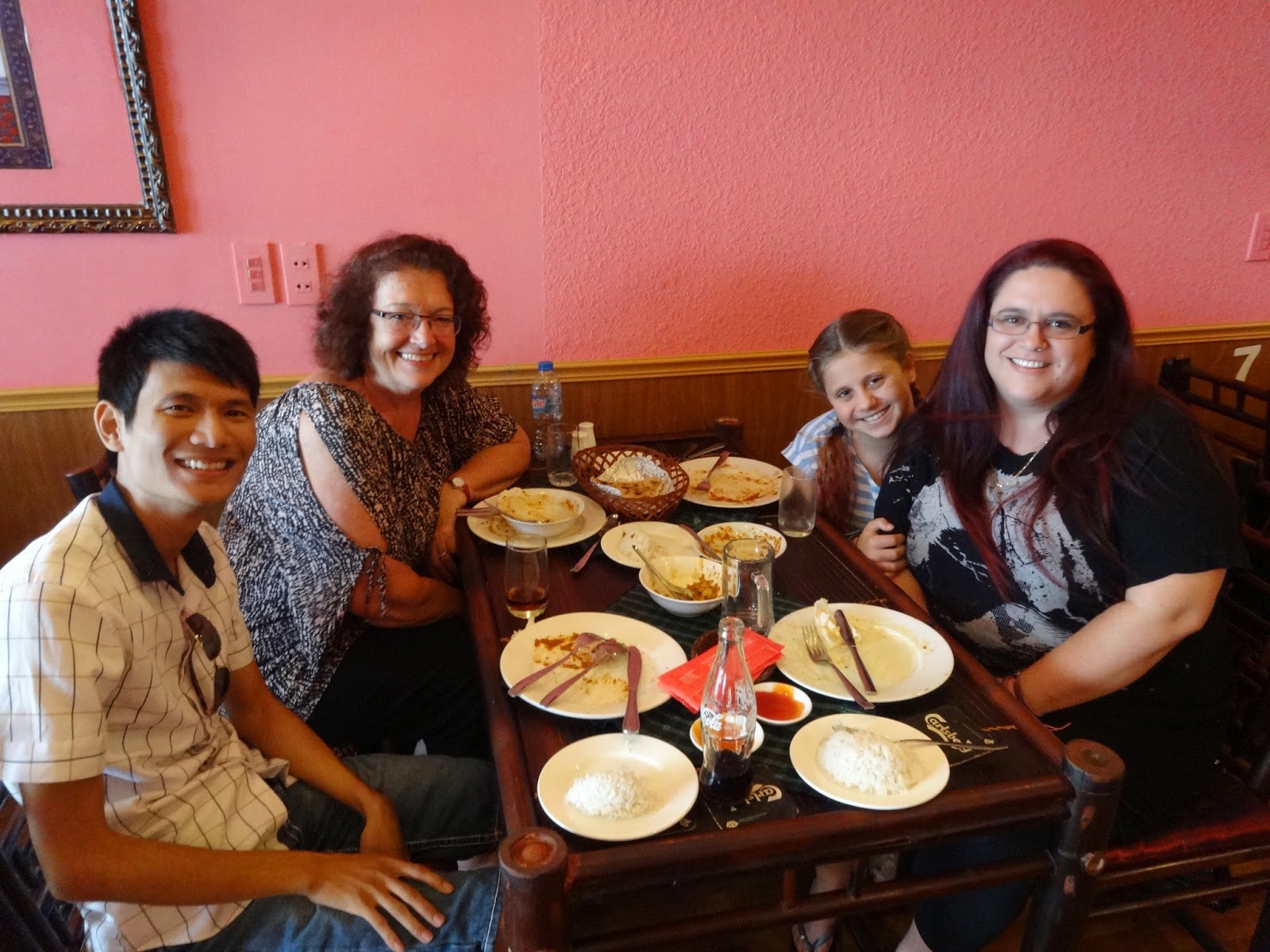 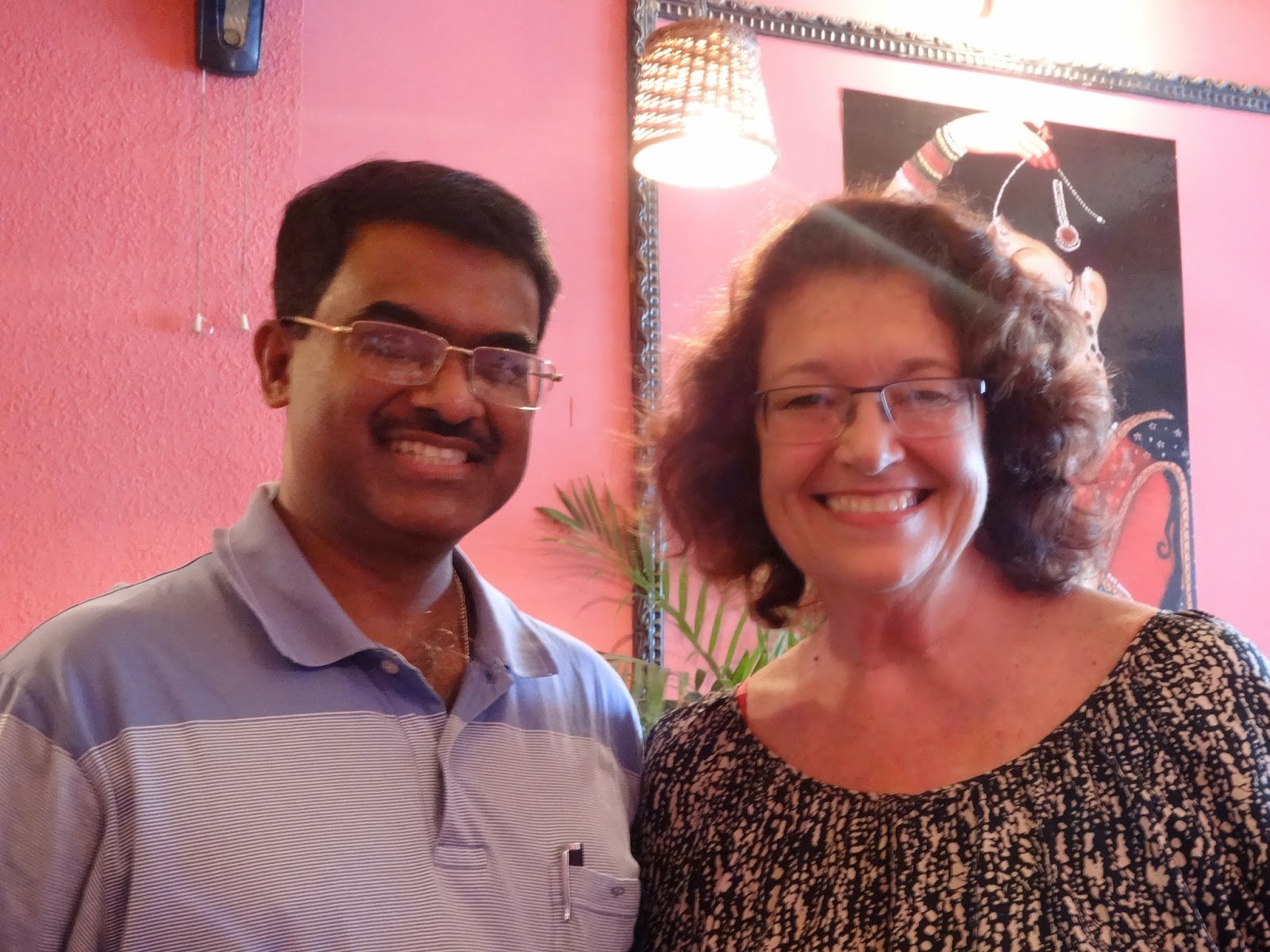 This is Sam. He is from Singapore and has many businesses apart from this one...a true entrepreneur, importing and exporting things all over the world!

After lunch, we returned to get our bags and walked to the bus station and caught a bus to Hà Nội. To amuse herself during the 3 hour journey Jordie made up a song about Isagenix...which went on and on and on and on..... Once again we checked in to the Little Hanoi Diamond Hotel - into the same room as last week - and Katie jumped in a taxi to go and meet Will for a night of board games and fun.  Meanwhile, Jordie and I had a very pleasant evening in.

Sunday morning after breakfast it was our turn to jump in a taxi and head for Will's place...B Garden, 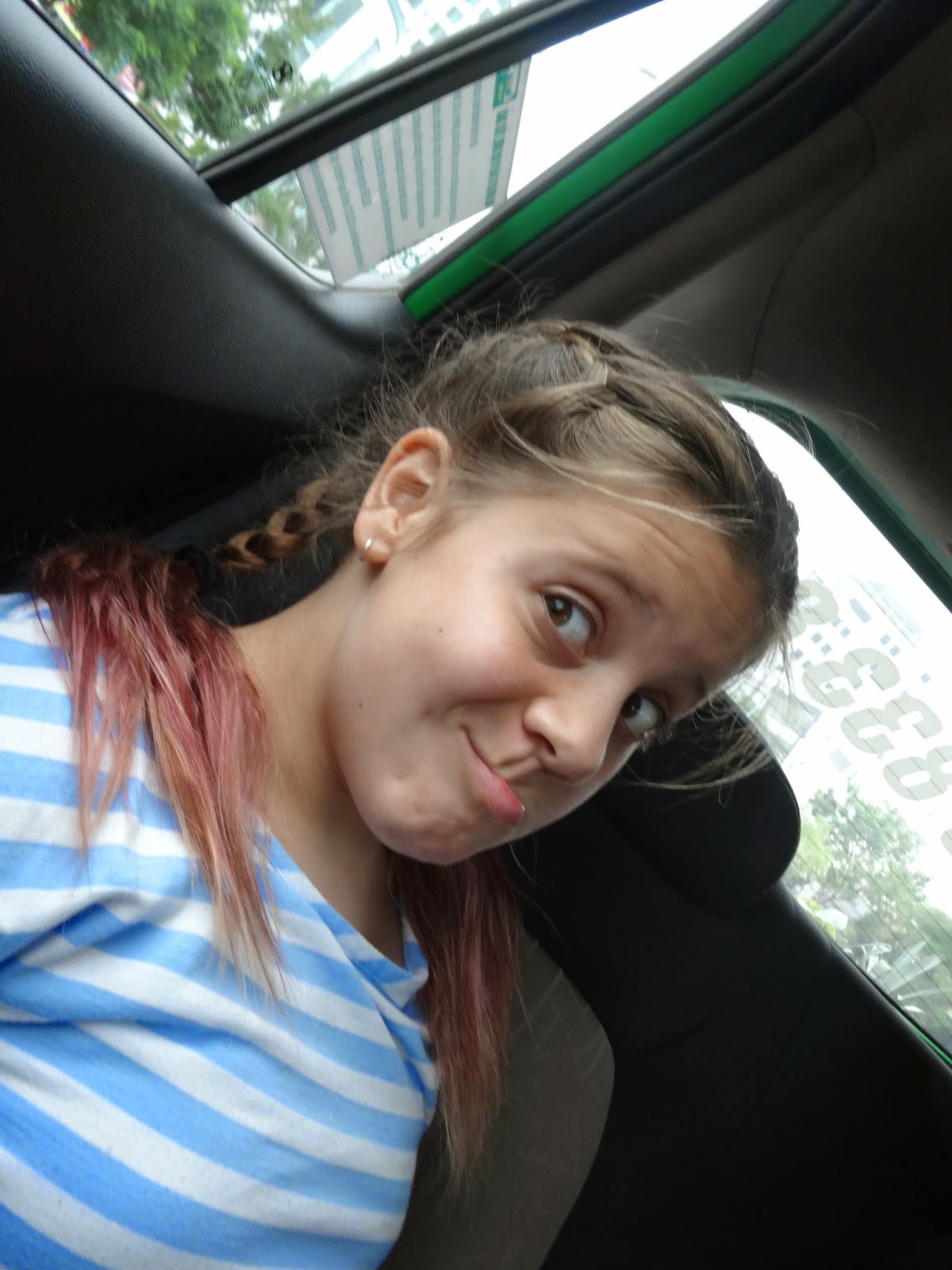 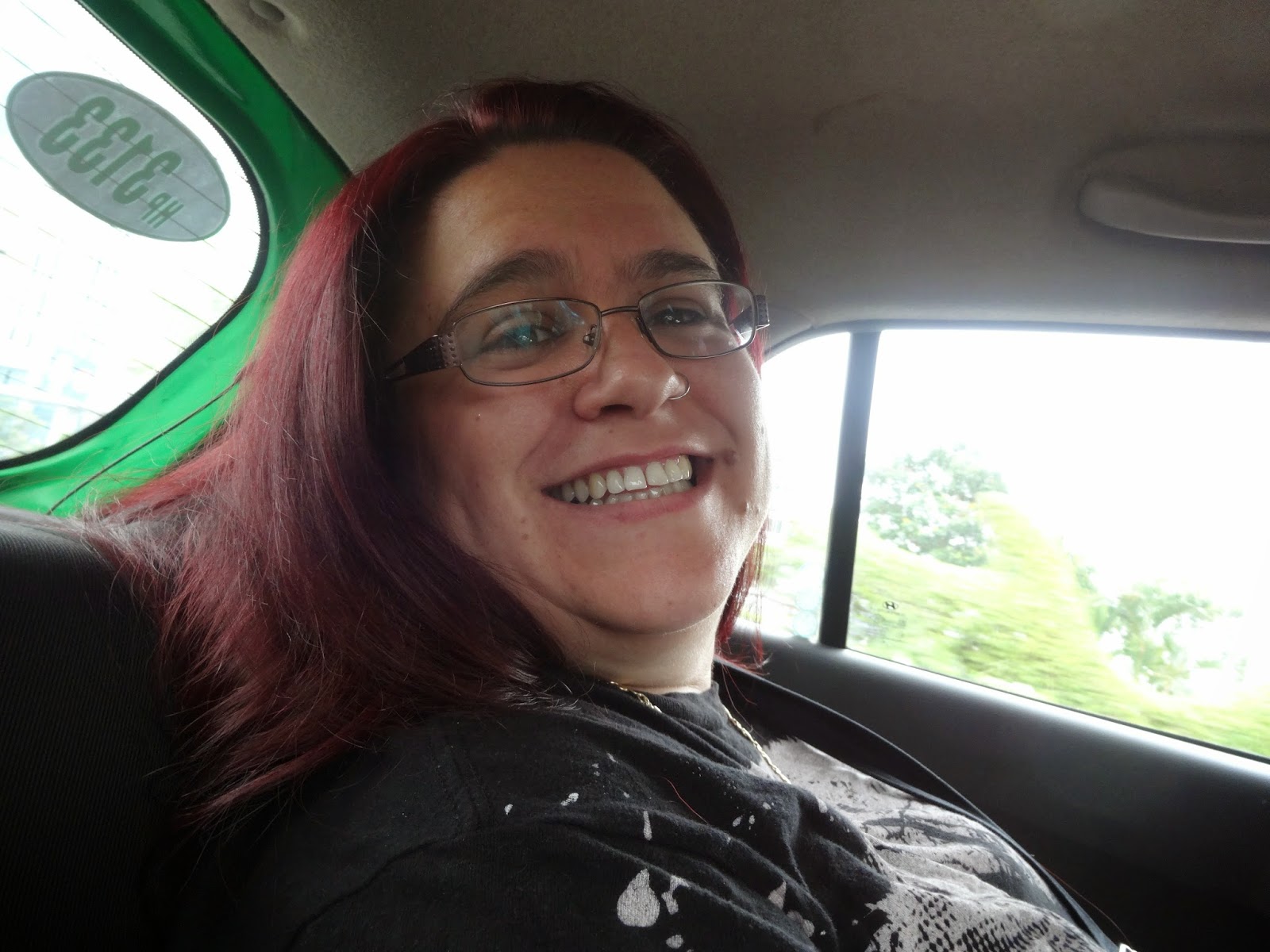 Jordie was delighted to have the morning for swimming in the pool. Will and I joined her for a while, but the water was very acidic and unpleasant to taste... not that that deterred Jordan! 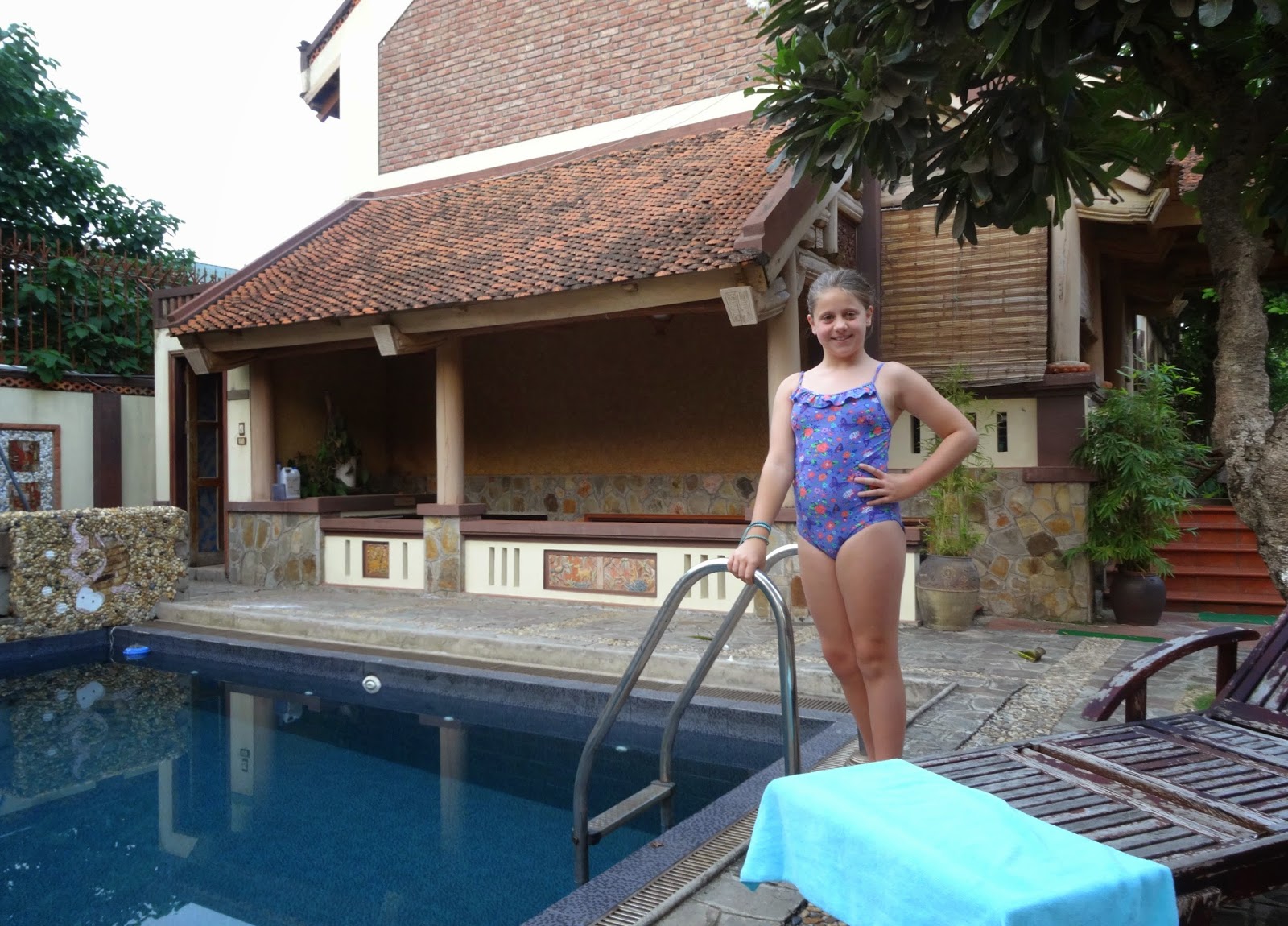 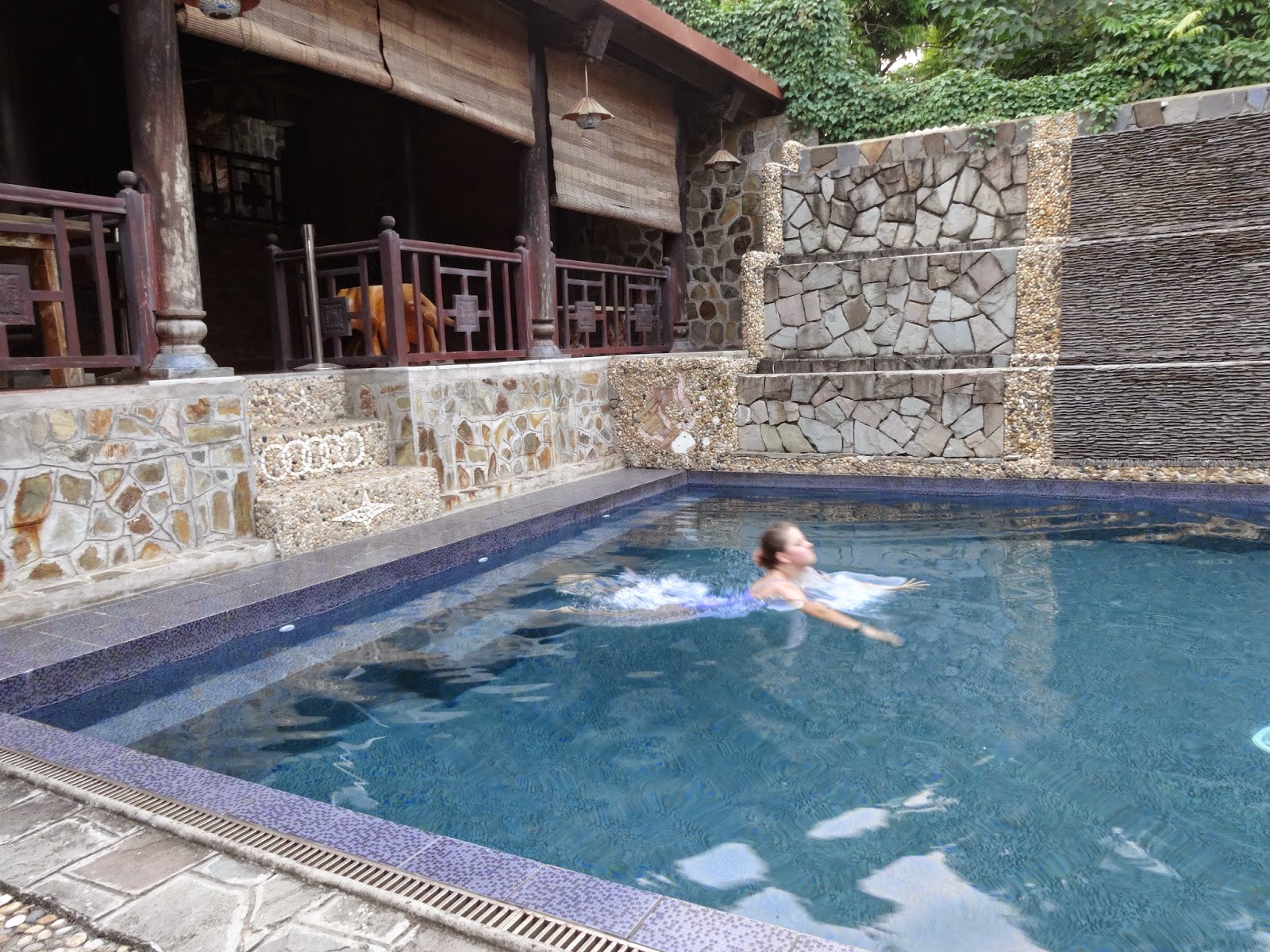 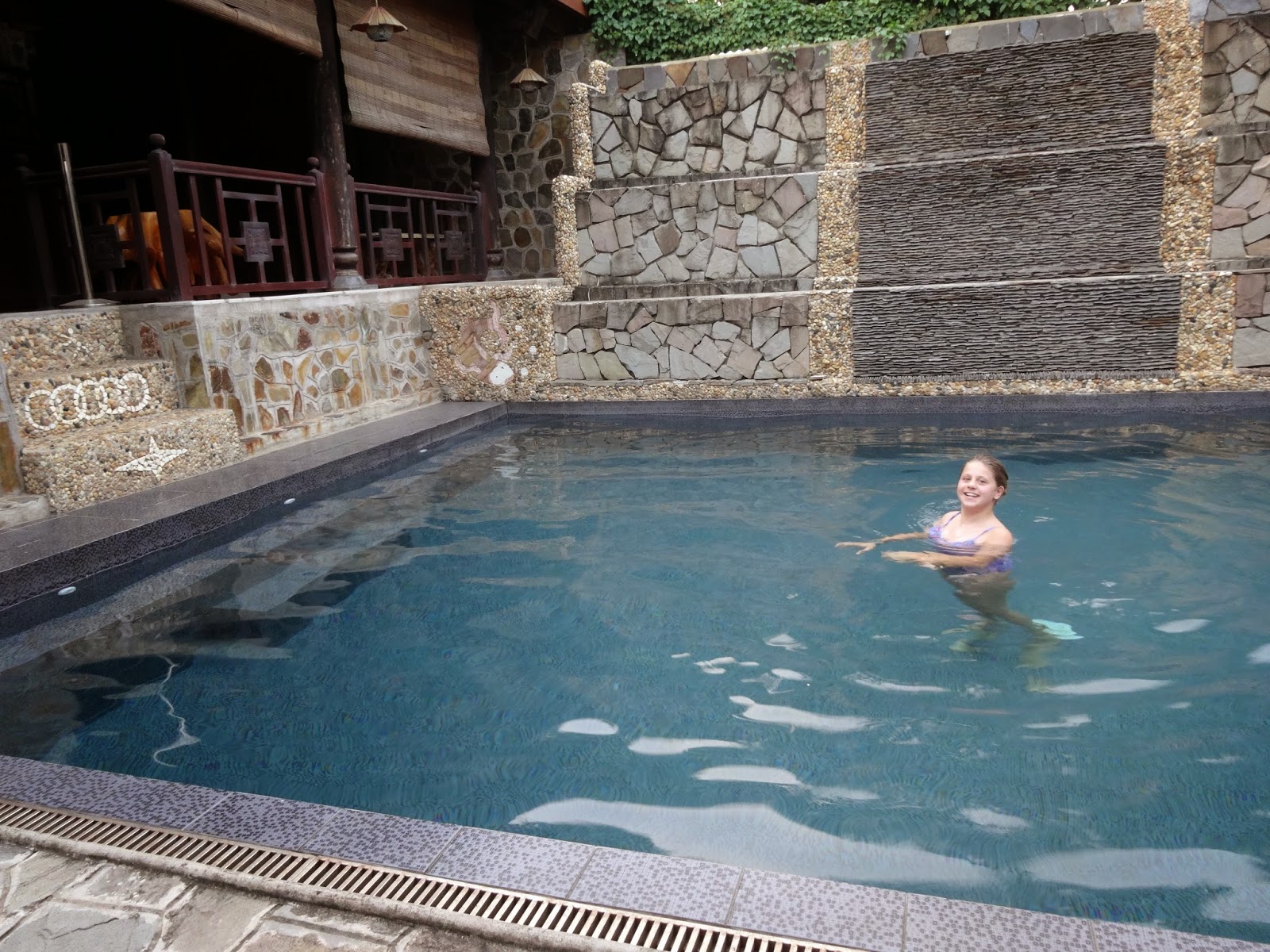 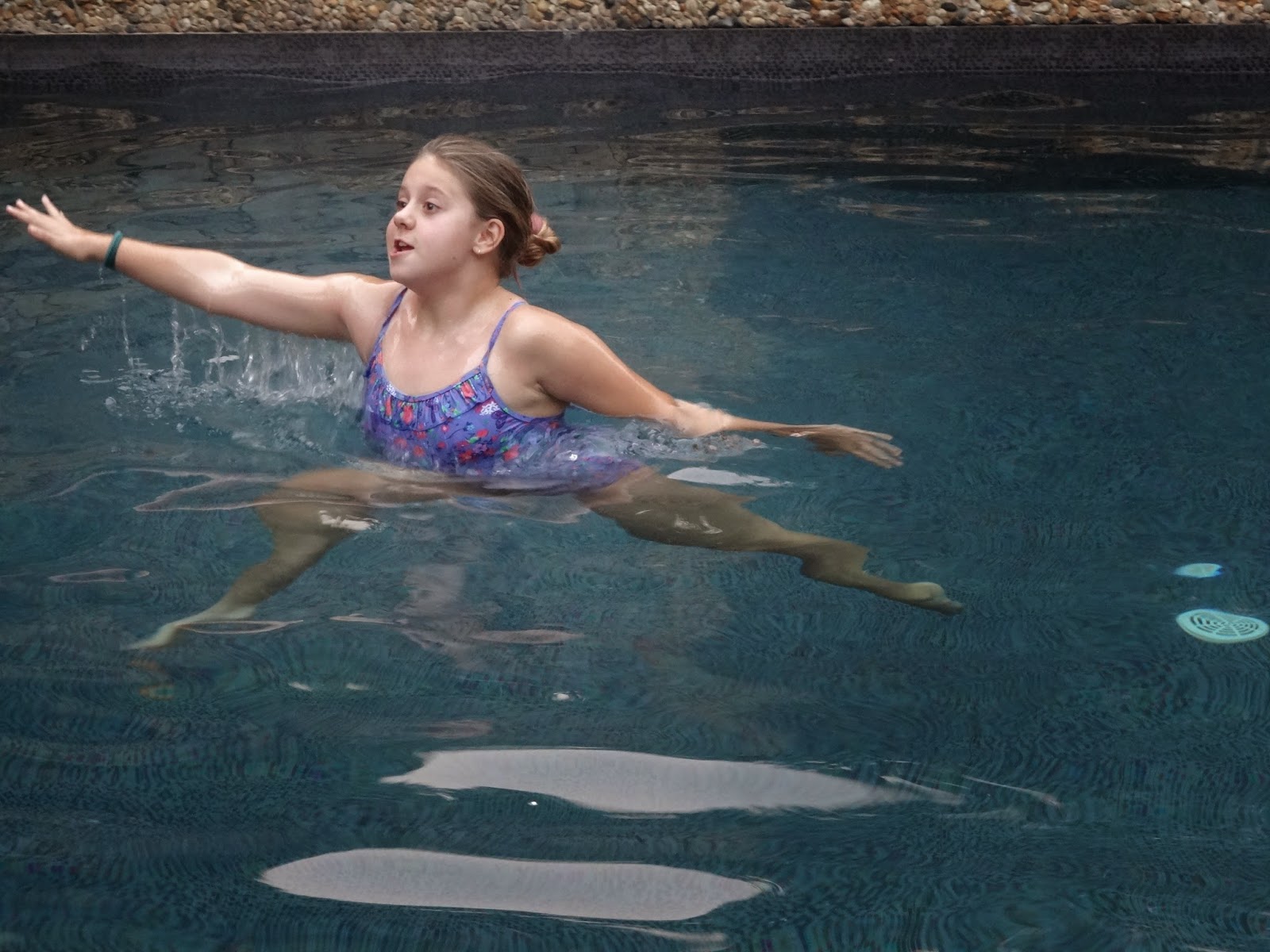 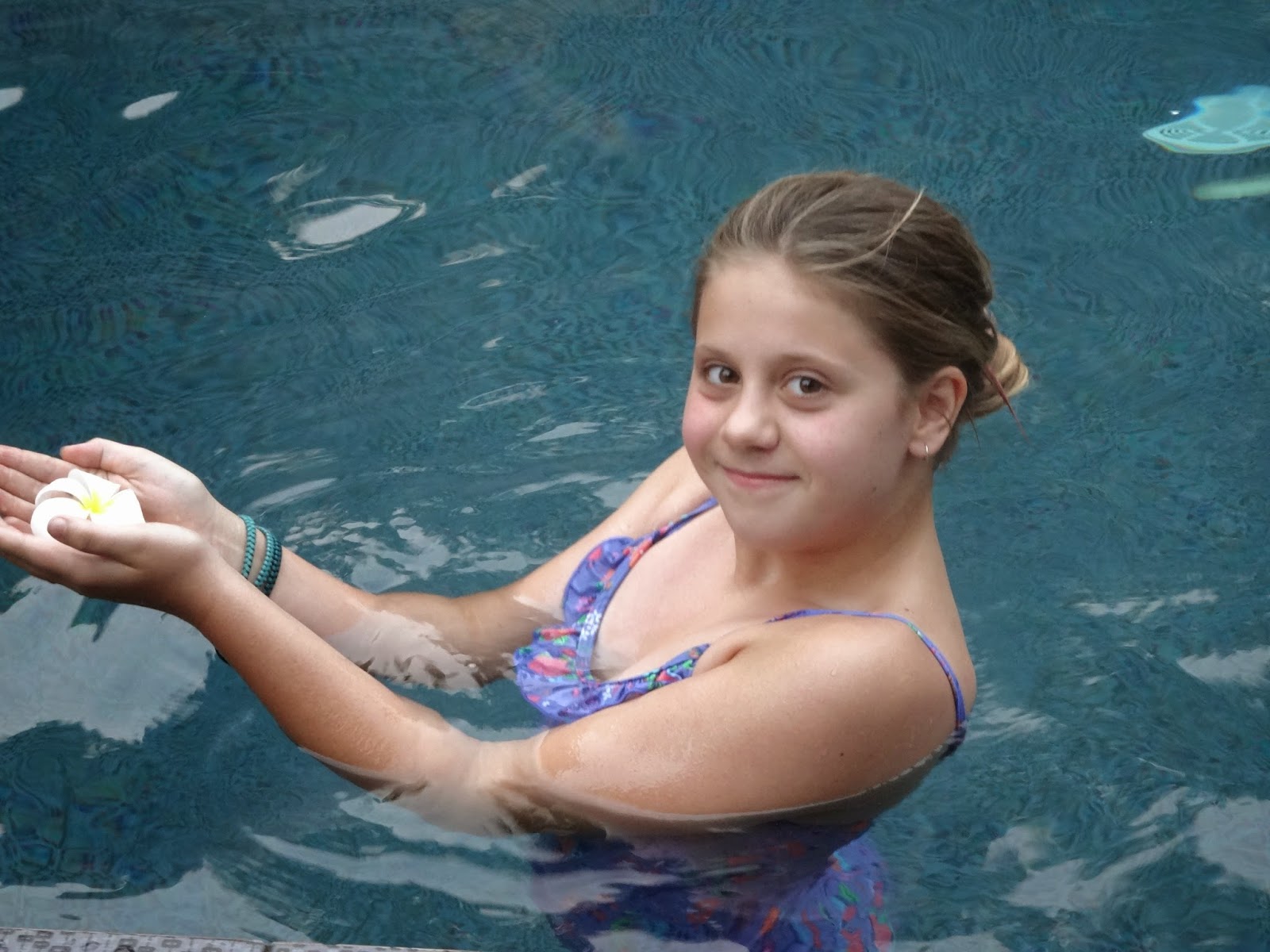 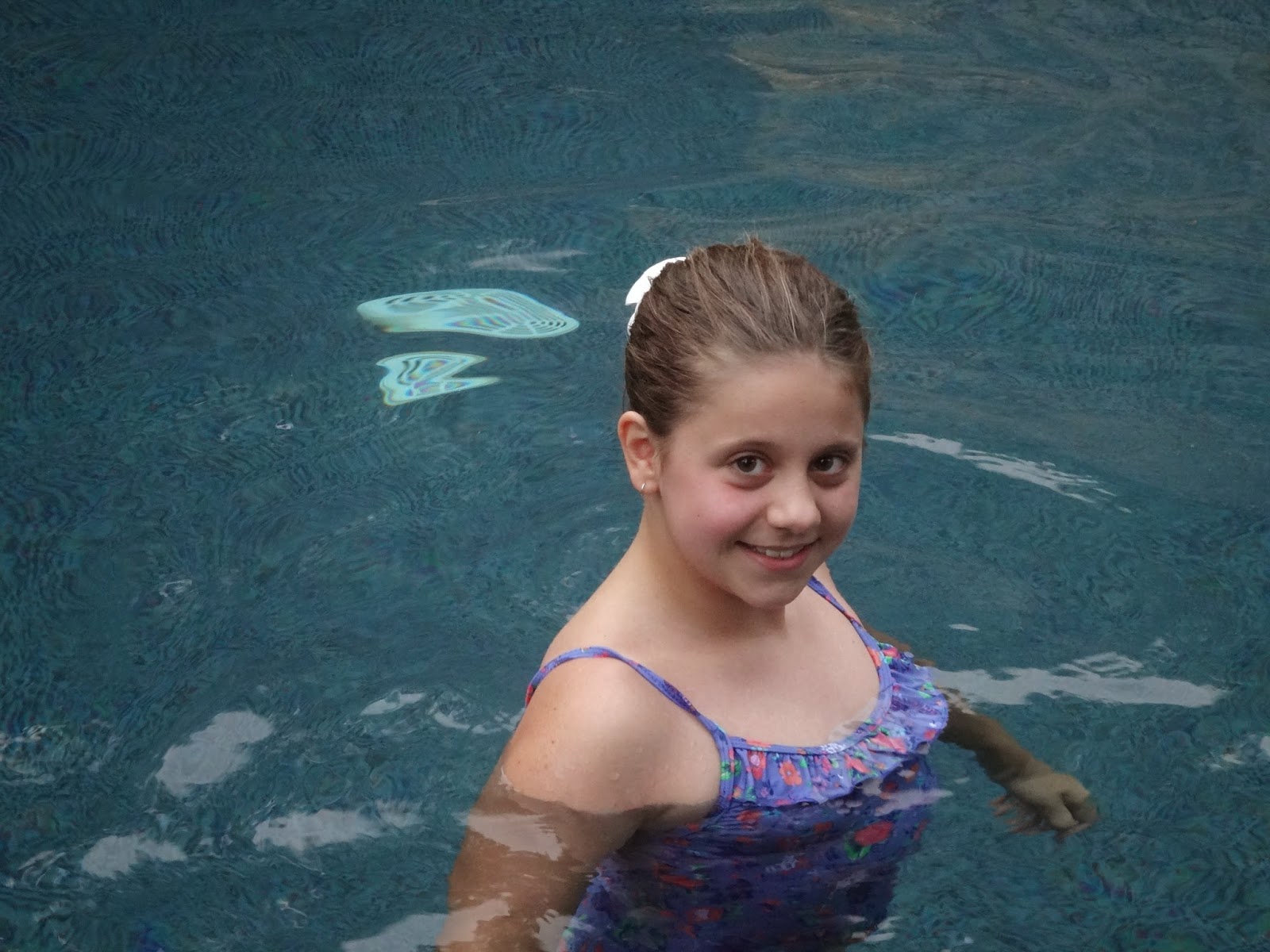 For lunch five of us (Will, Pete, Katie, Jordan and I) caught a small cab to The Sushi Club. The driver didn't mind that Jordie was sprawled across their laps in the back... 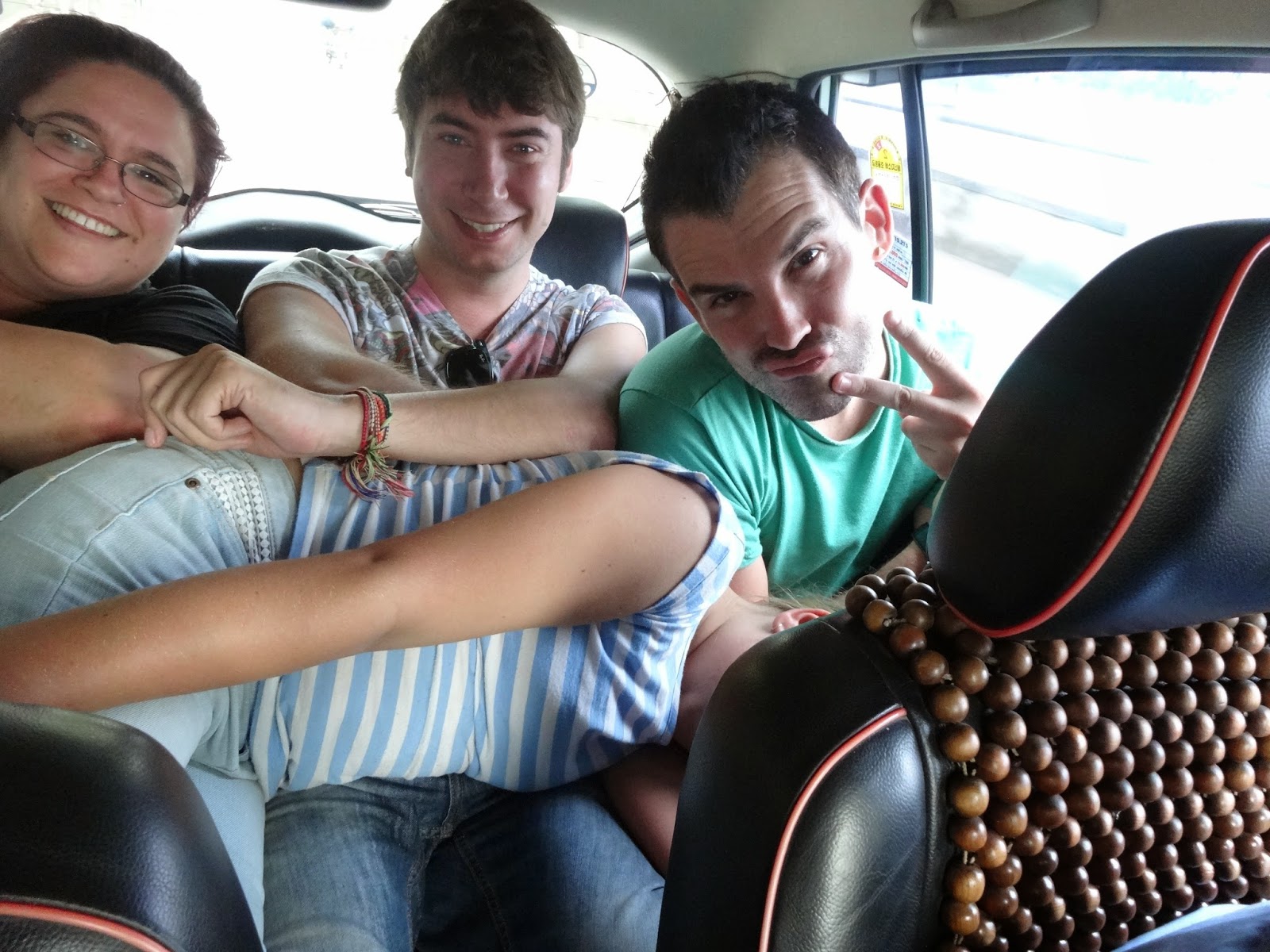 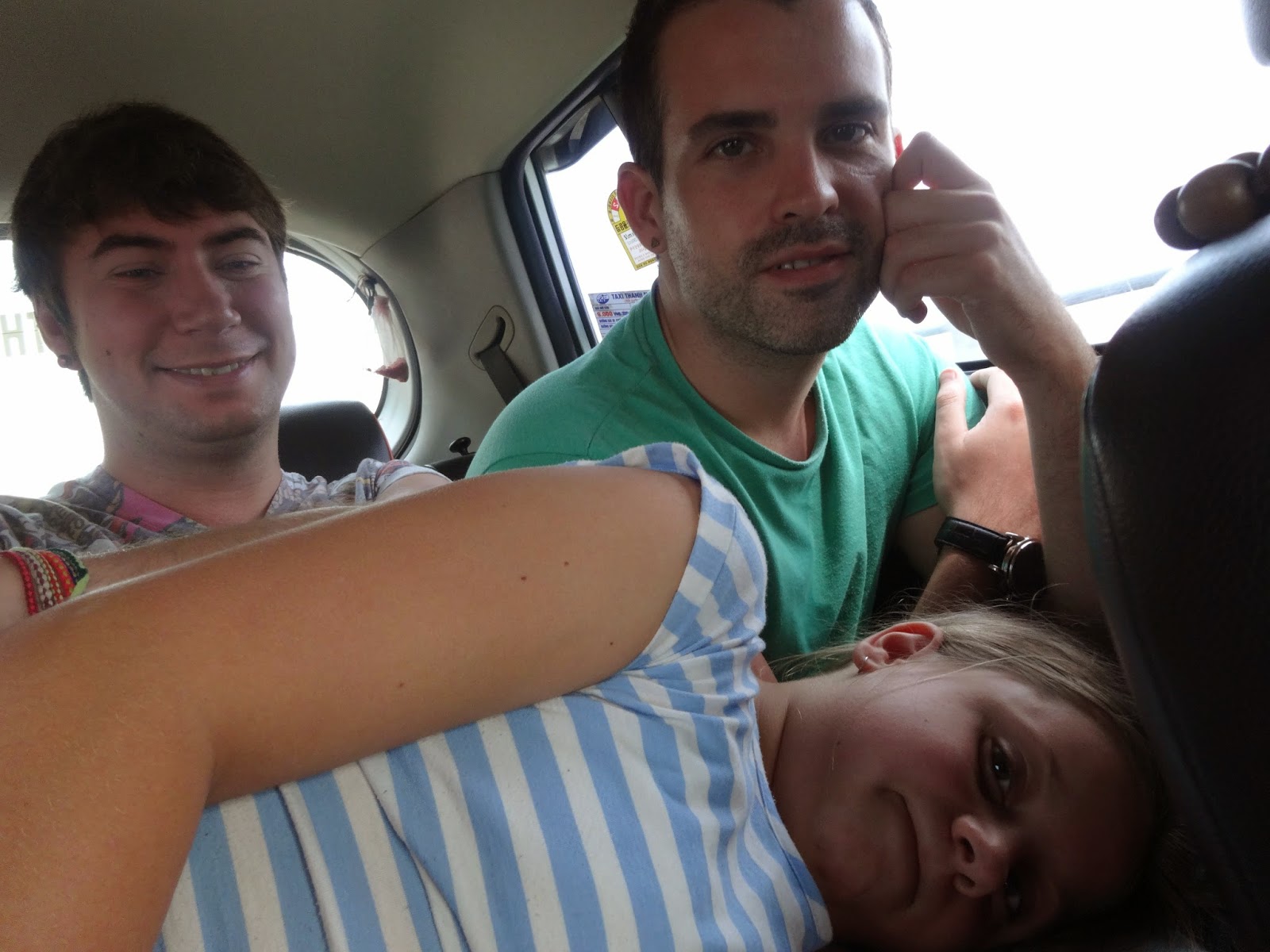 Once again we enjoyed all the sushi etc we could eat, and this time instead of having to head back to Hải Phòng, we went to 'heaven'...Will's favourite place to relax on the banks of Westlake, where we had a delicious icy cold coconut juice out of the coconut... 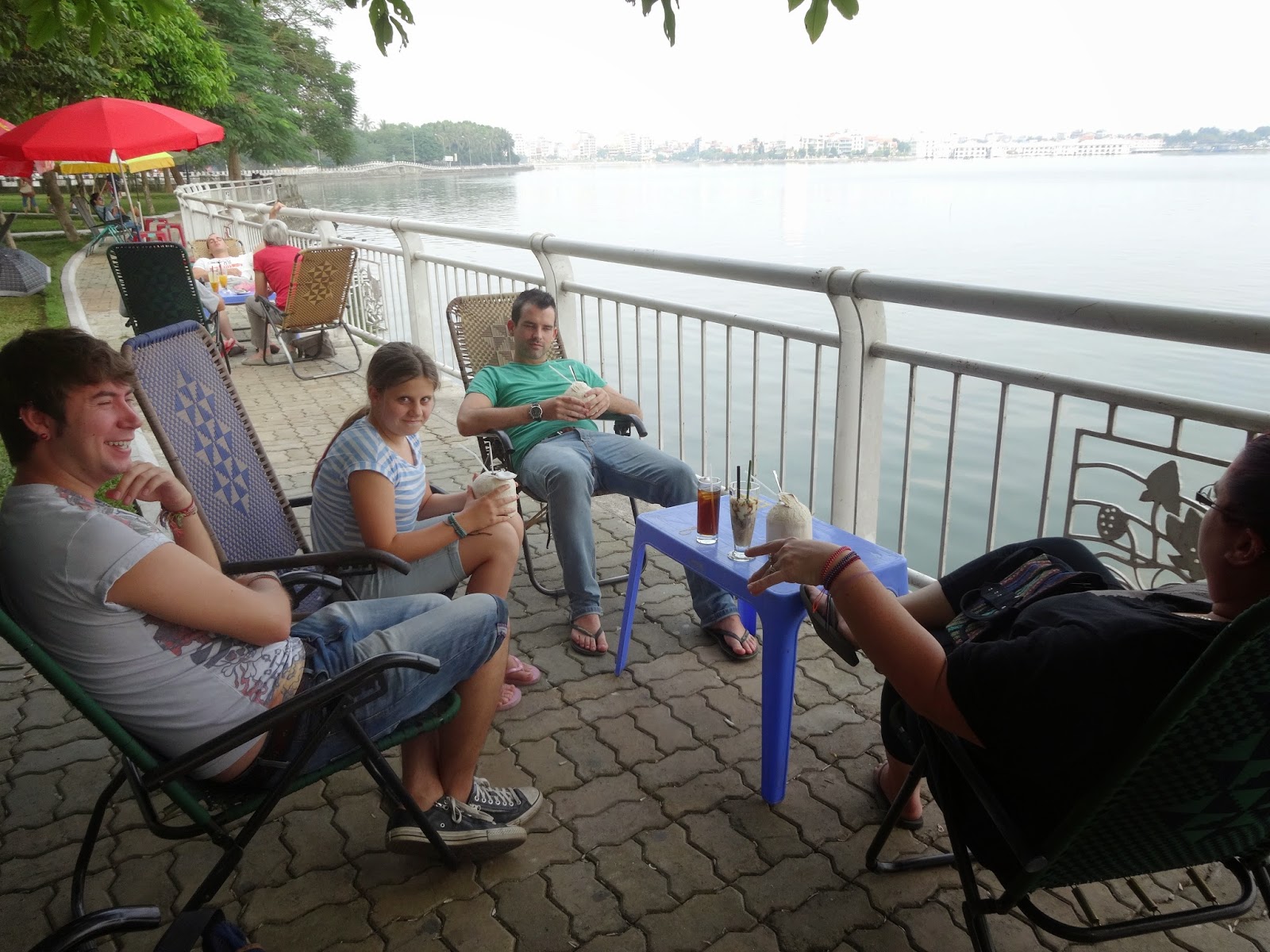 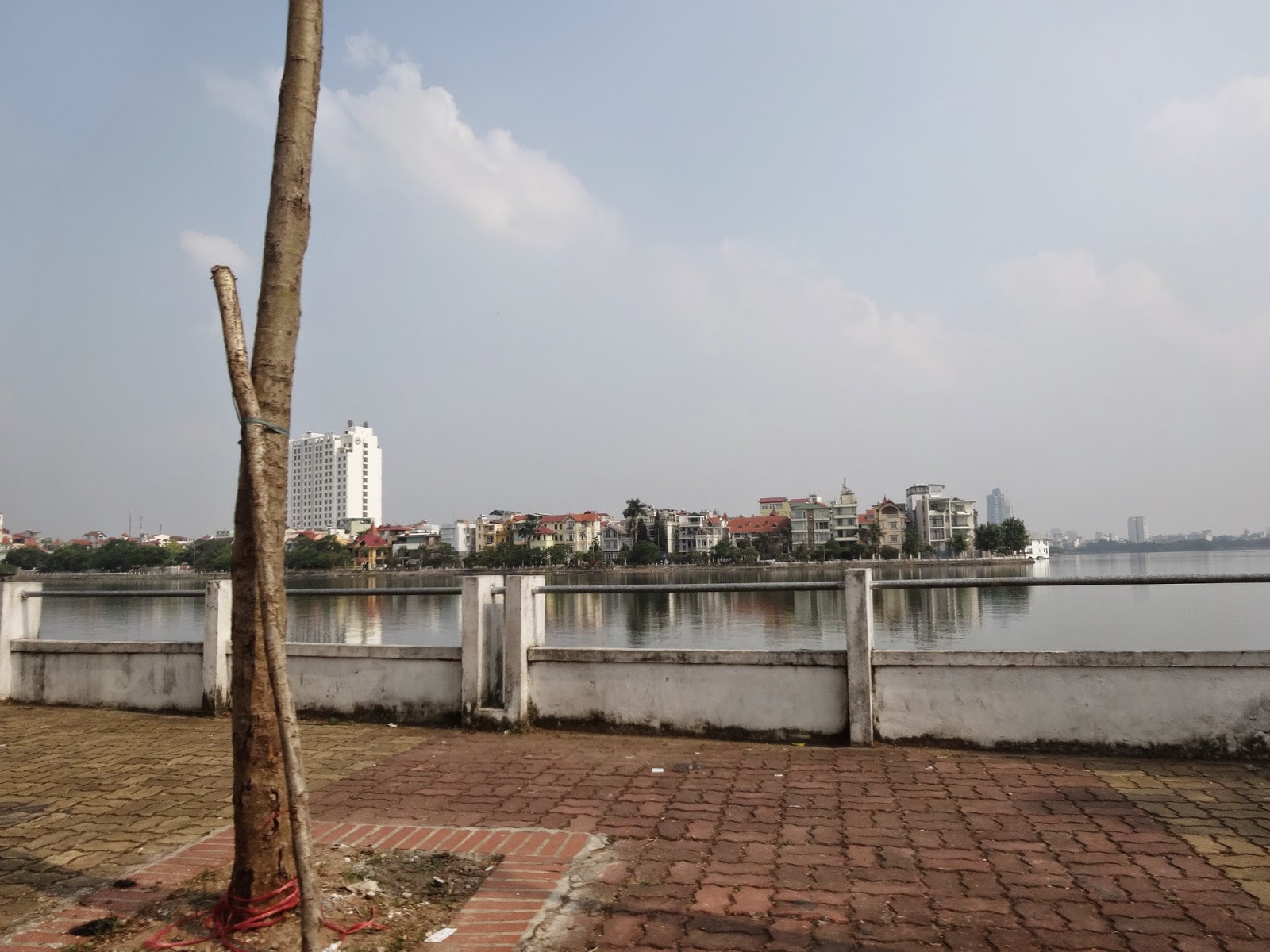 Then we went back to Will's and all enjoyed an afternoon nap. I woke before the others, so I went next door and chatted to Pete for a while.

Jordan went for another swim while we watched. I found an unusual moth which I thought was intriguing...even more intriguing was the Irish boys' reluctance to go near it!  Apparently just yesterday one of their neighbours photographed a large cobra and a baby one here in the garden, but did nothing about catching them, so they are a bit freaked out about wildlife right now... and that extends to moths too   haha.

We finished off a very pleasant day by going to back chicken street for a street-food chicken feast... Katie, Jordan and I in a taxi and Will on his bike. 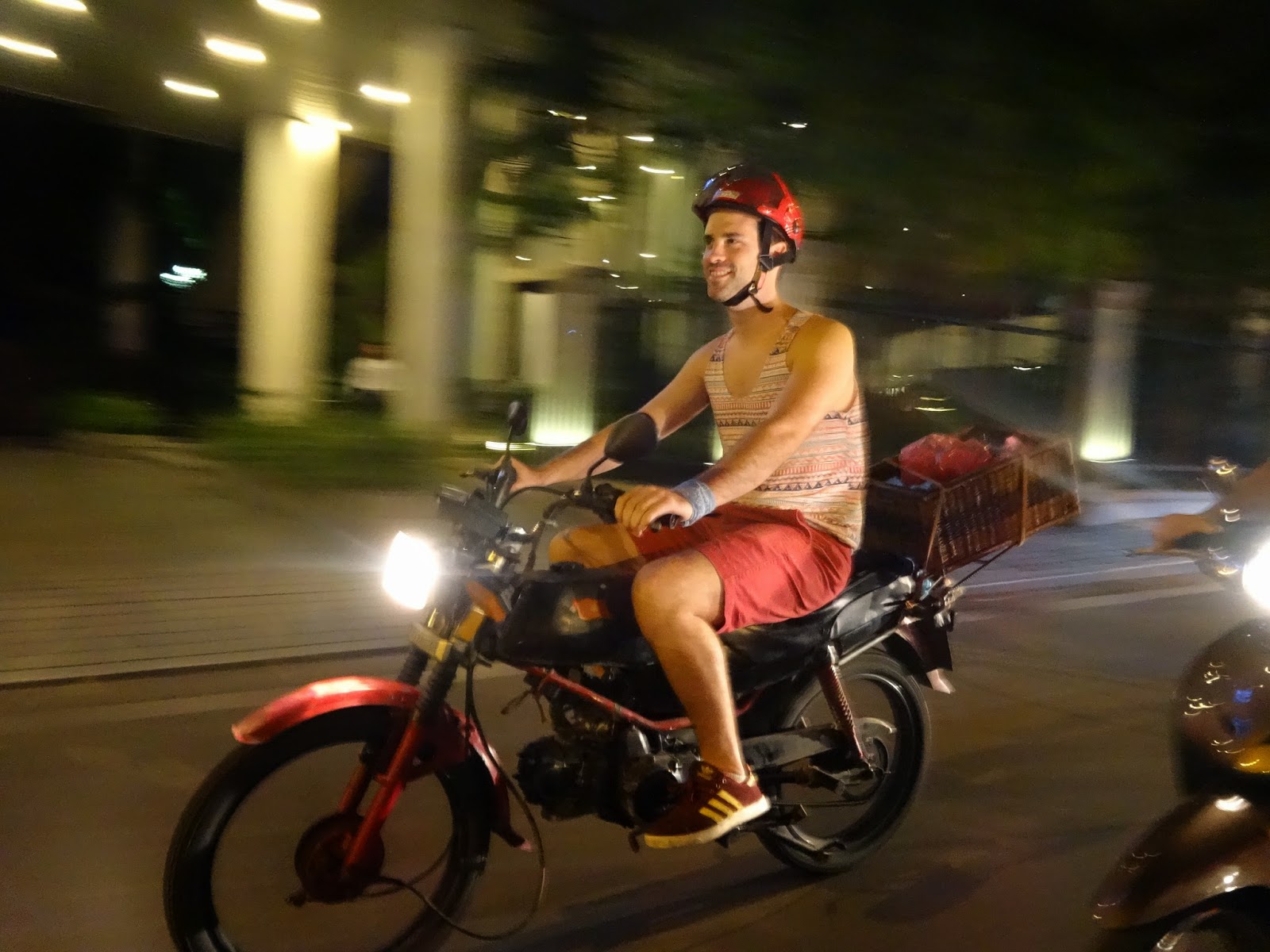 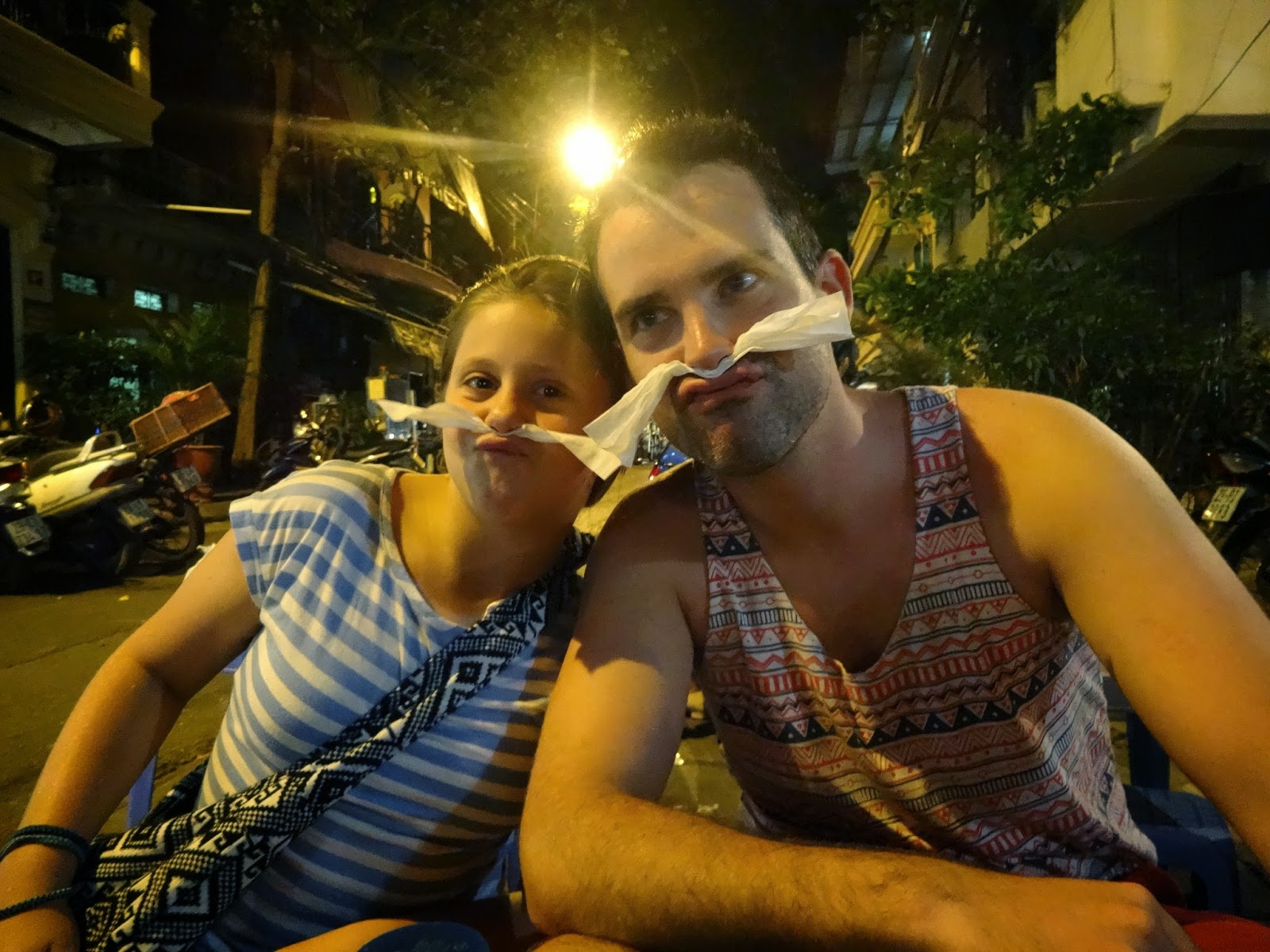 After that we to an ear-ring/piercings shop where Katie and Will bought some ear-rings and I found a beanie like the one Tyler was asking me to knit last winter...cool! It's so hard to find gifts for him.

Monday morning after breakfast we walked to Highland Coffee to meet Sáng for coffee... only to wait for an hour... 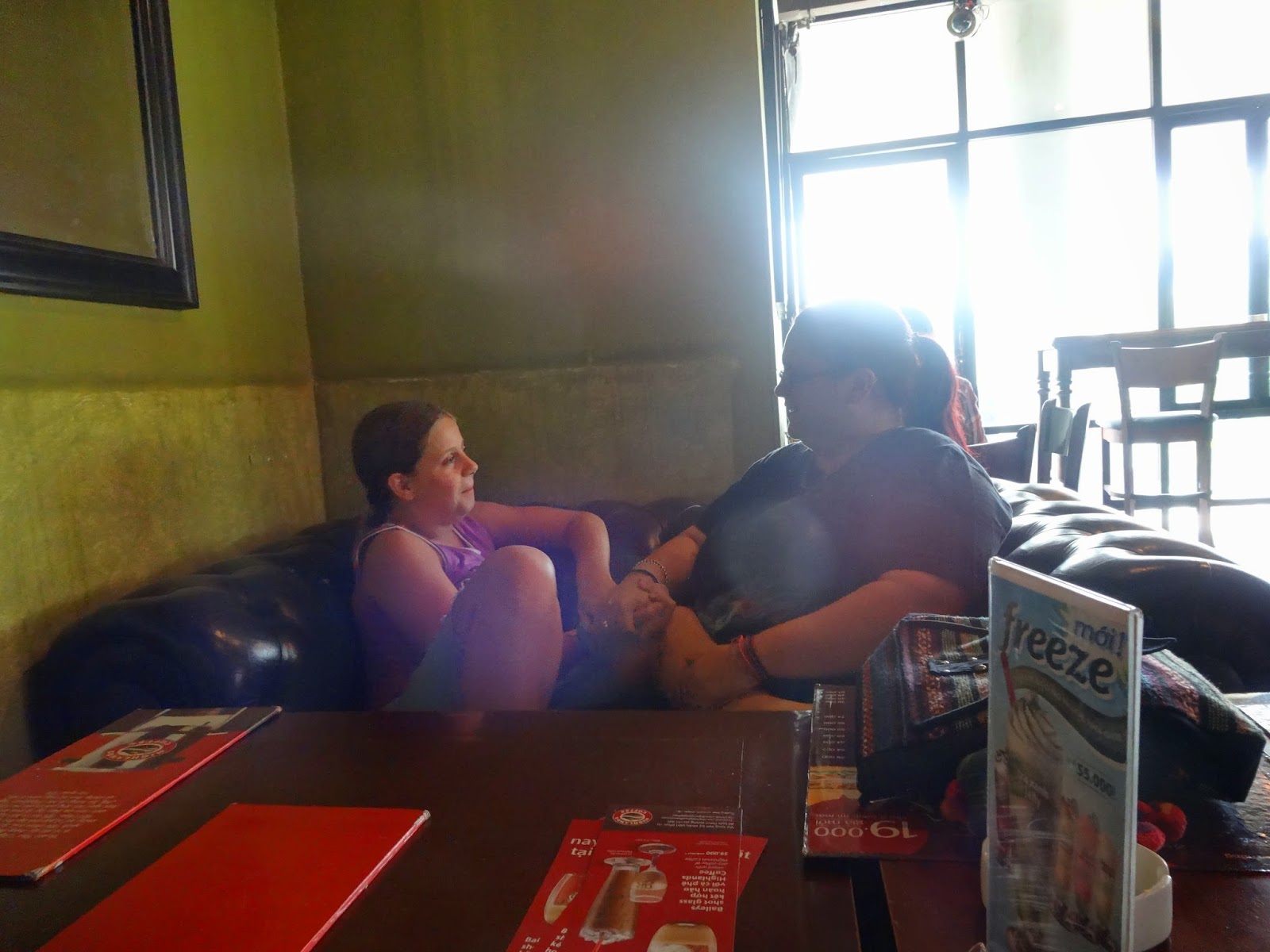 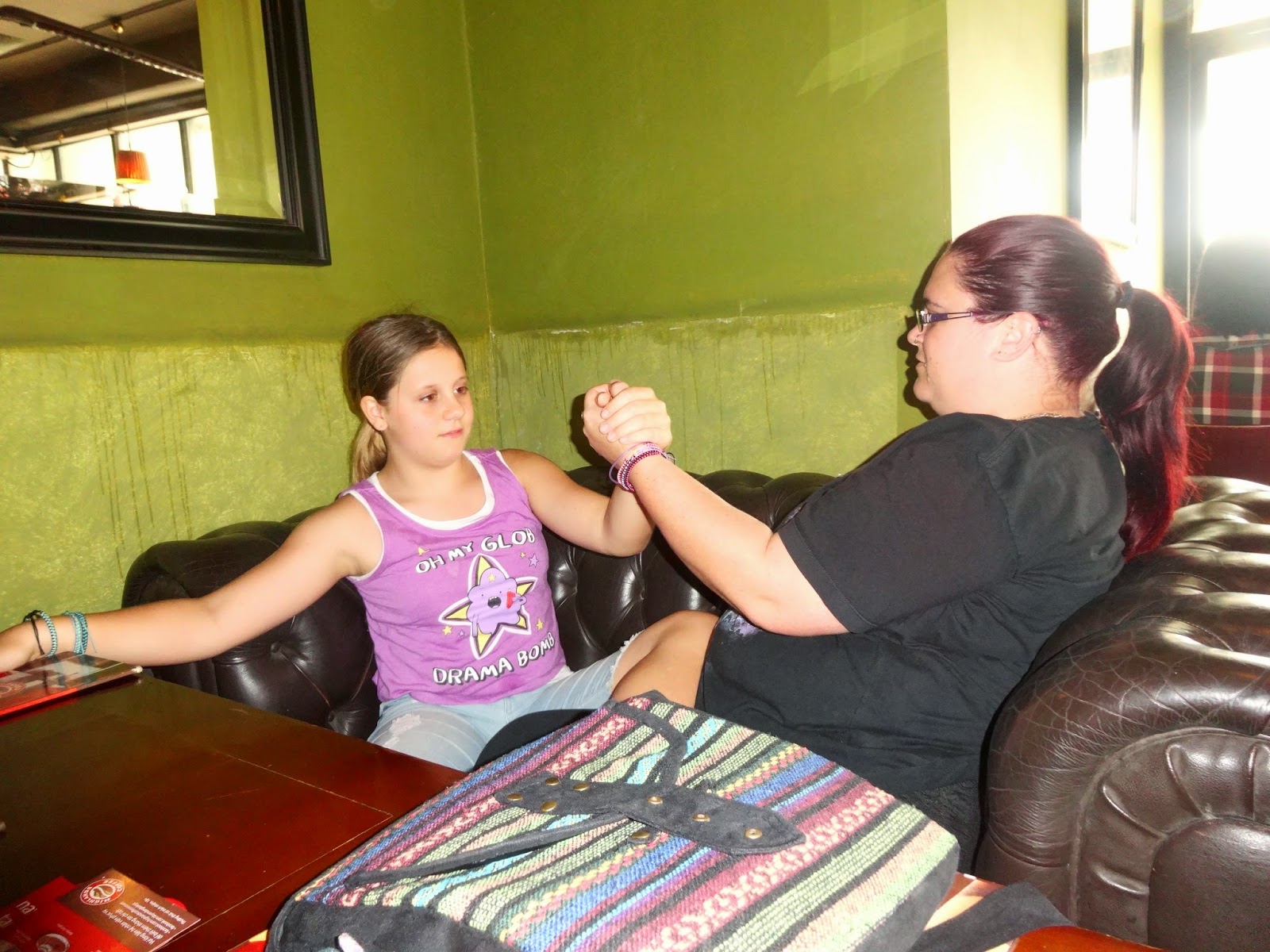 so I called him and he told me he was five minutes away. Ten minutes later he called to say he was at Highland but where were we?  Uh-oh ... communication breakdown ... they were at Highland Coffee at the garden next to the Opera Theatre (wherever that is) and we were at the one near the fountain at Hồ Hoàn Kiếm!  So it was another 20 minutes before he arrived with half a dozen friends and cousins - none of whom could speak English, but had all wanted to come and meet us. 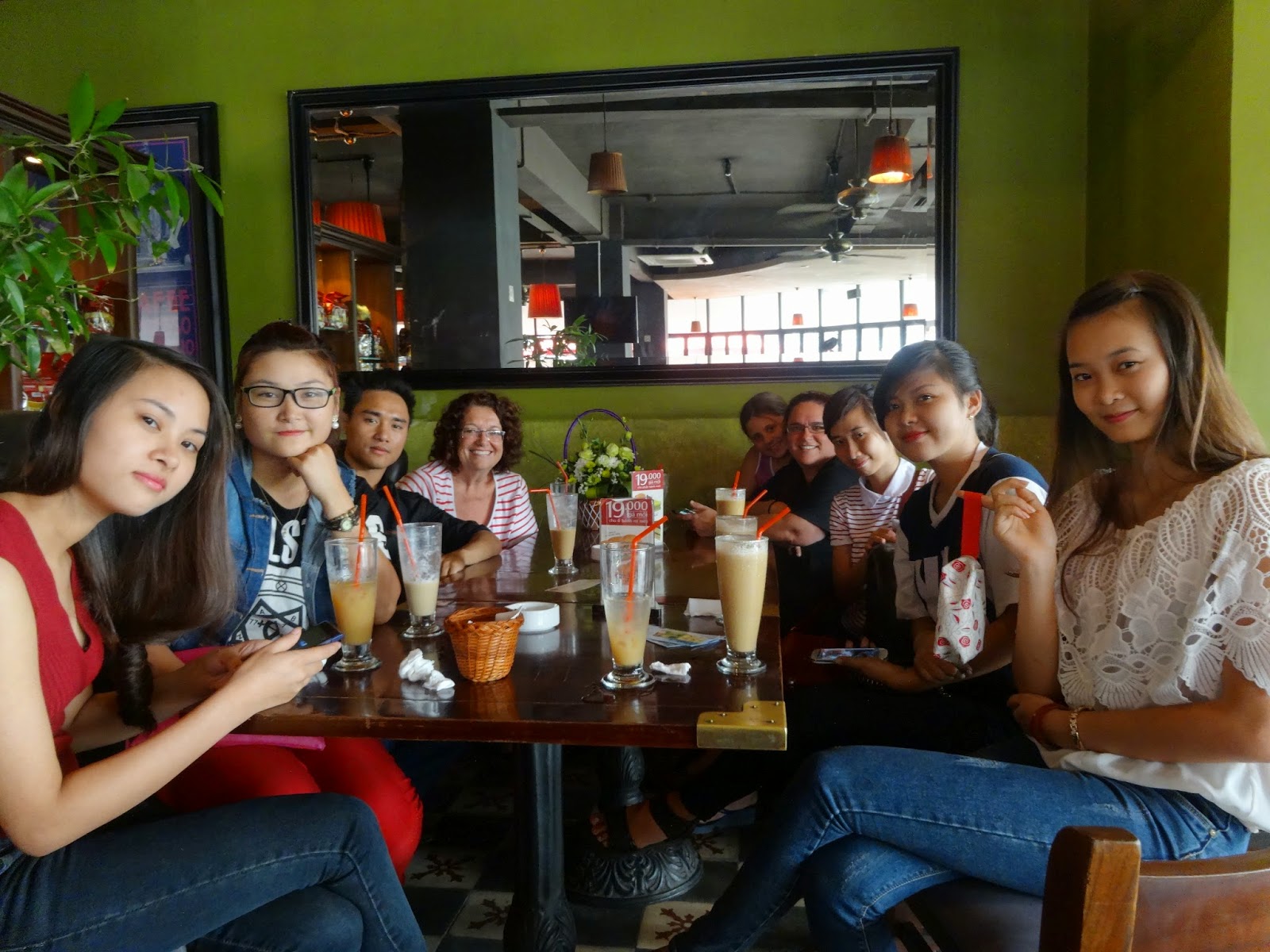 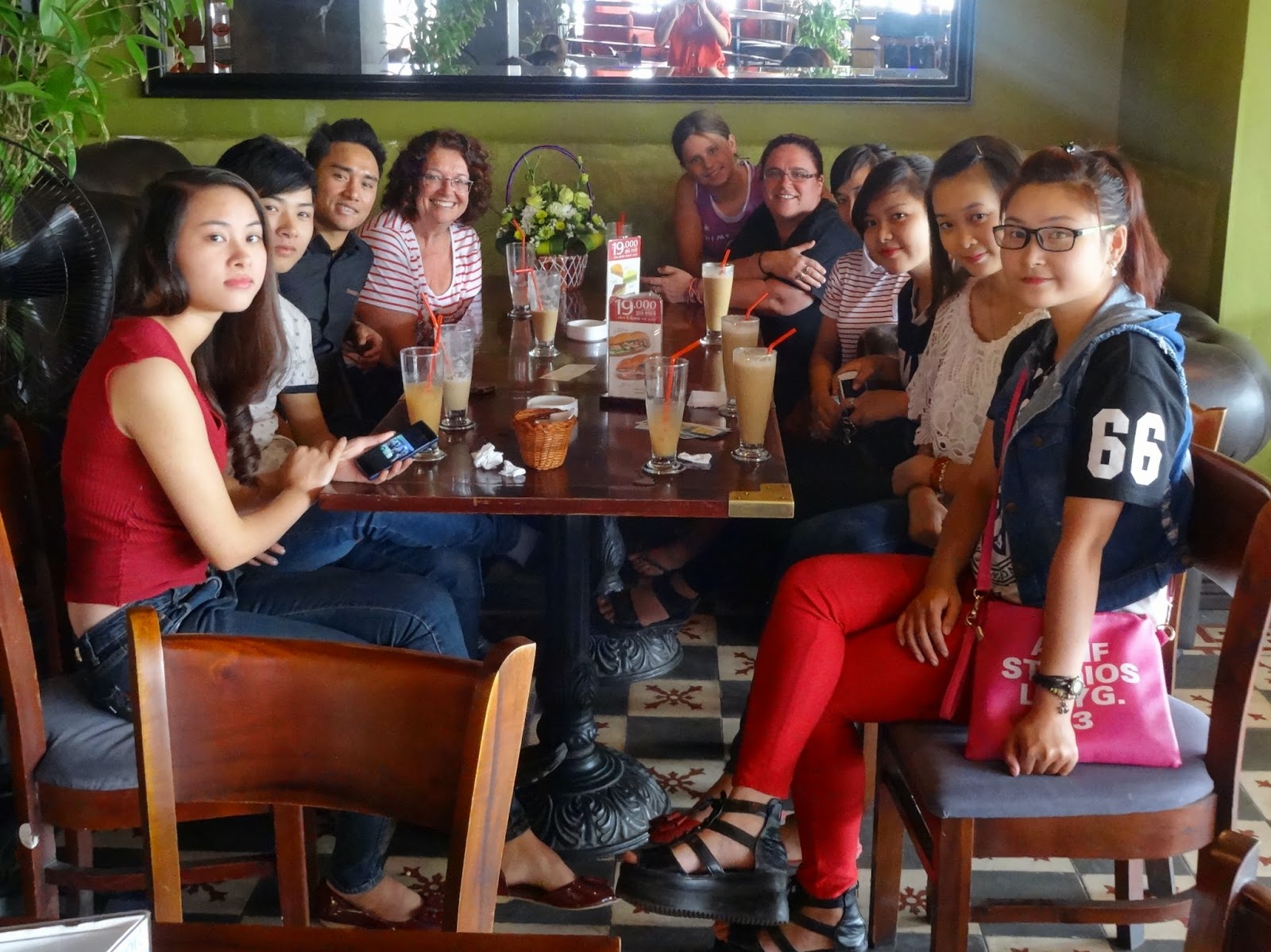 It was so lovely to sit and chat with Sáng again. He is working at Nghi Sơn Refinery and Petrochemical Project in Tinh Gia, Thanh Hoa Province, (about 200km south of here) as assistant and interpreter for the director. On top of that he has opened a restaurant which is very popular. It seats 150 people, but they have to borrow more tables and stools when it gets really busy! 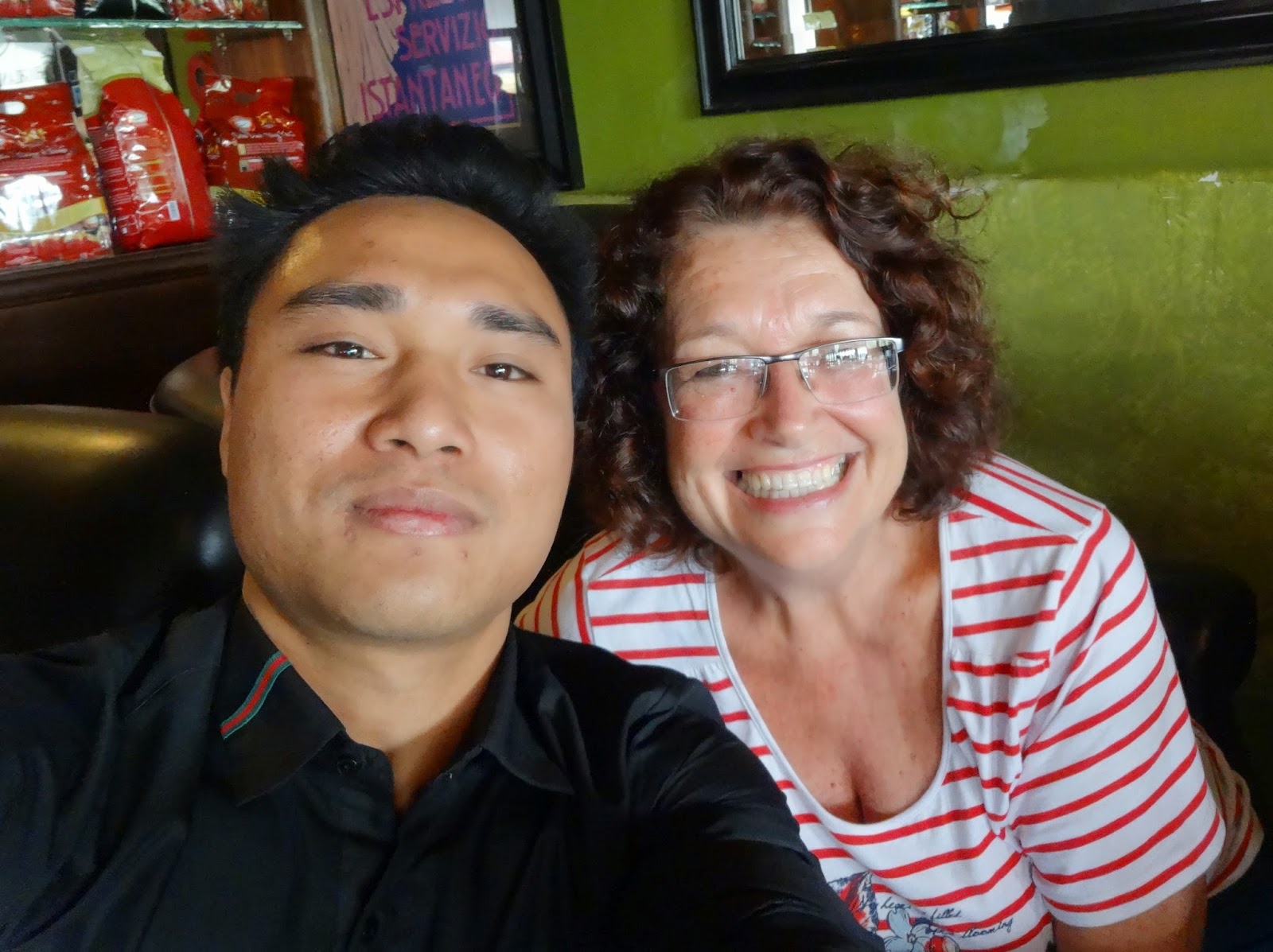 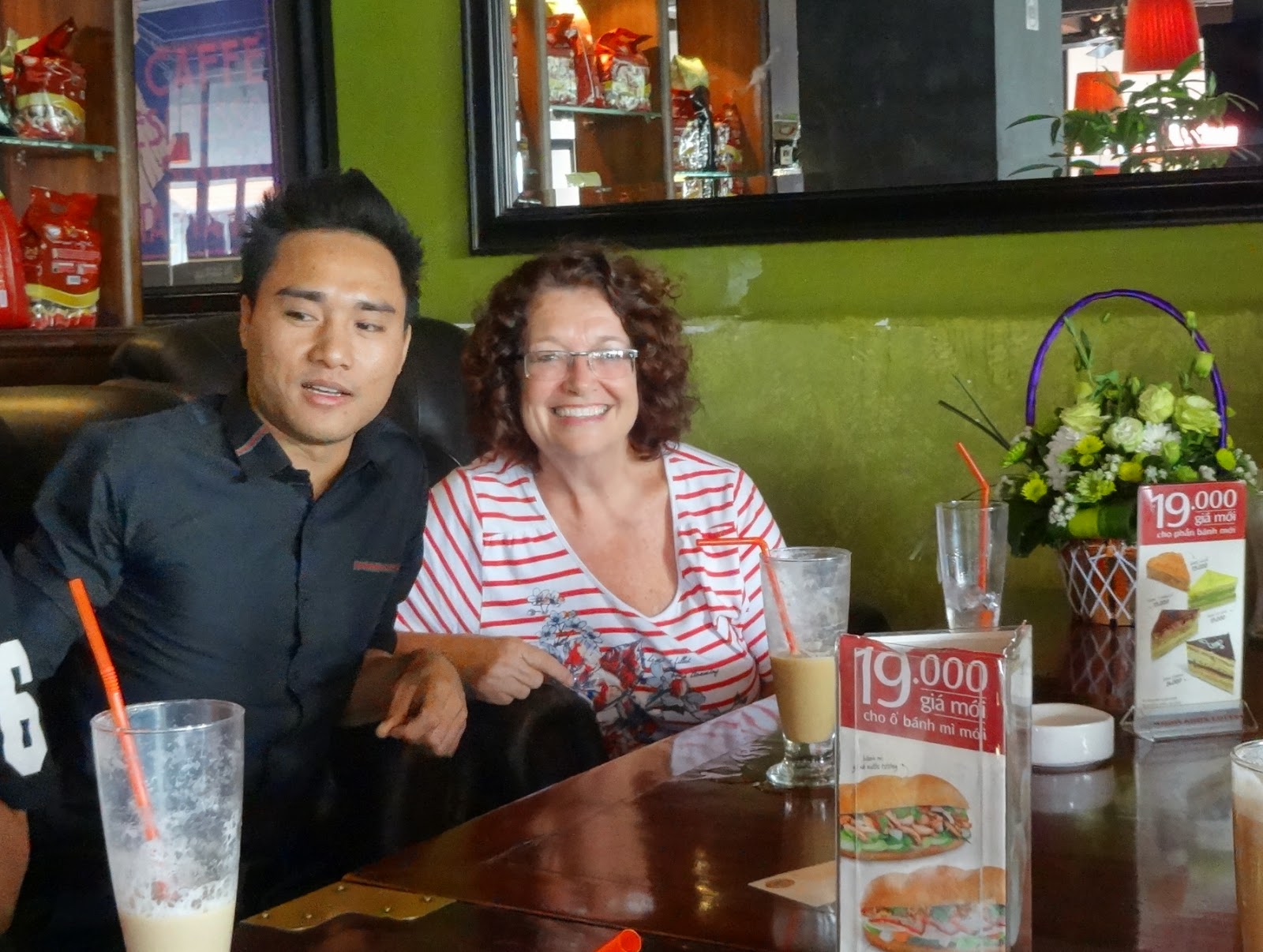 Today is Vietnamese Women's Day, so Sáng bought me these beautiful flowers. 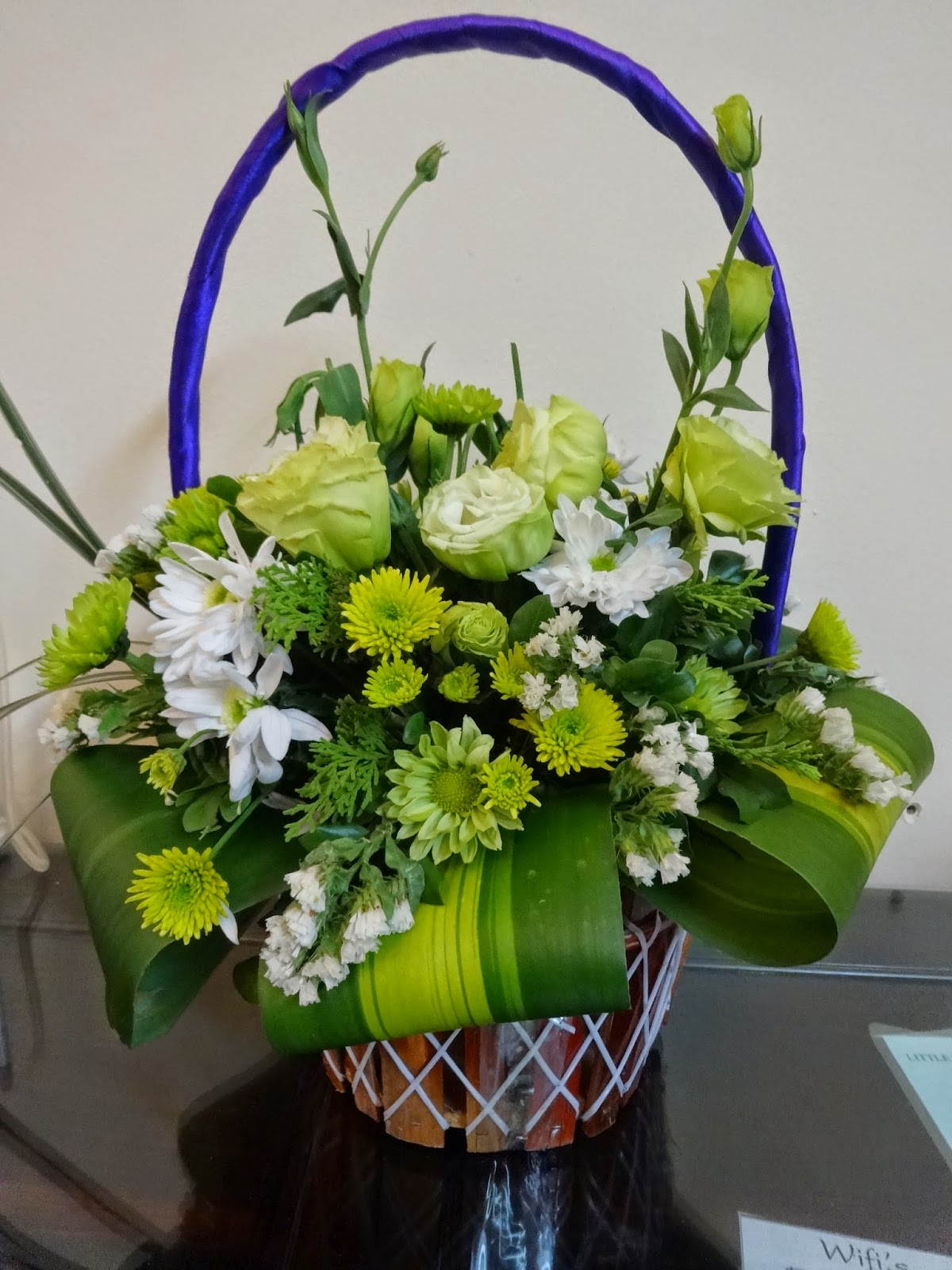 For dinner we decided to go and look for somewhere new, and settled on a restaurant just down the street called Lucky Days. We were attracted by the balcony dining setup.  It turned out to be a great choice. The food was lovely, the big fan was effective, and the service was friendly. 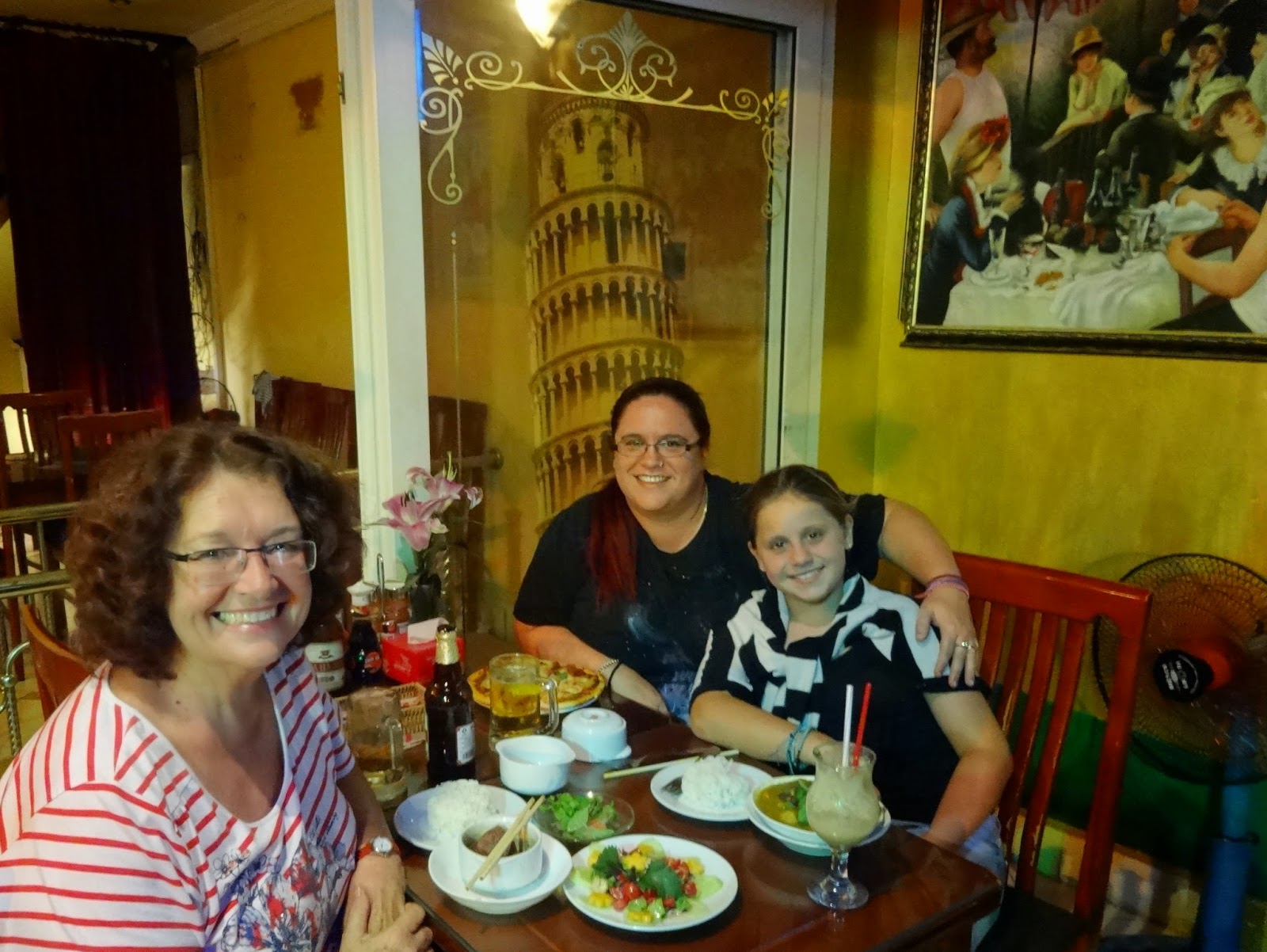 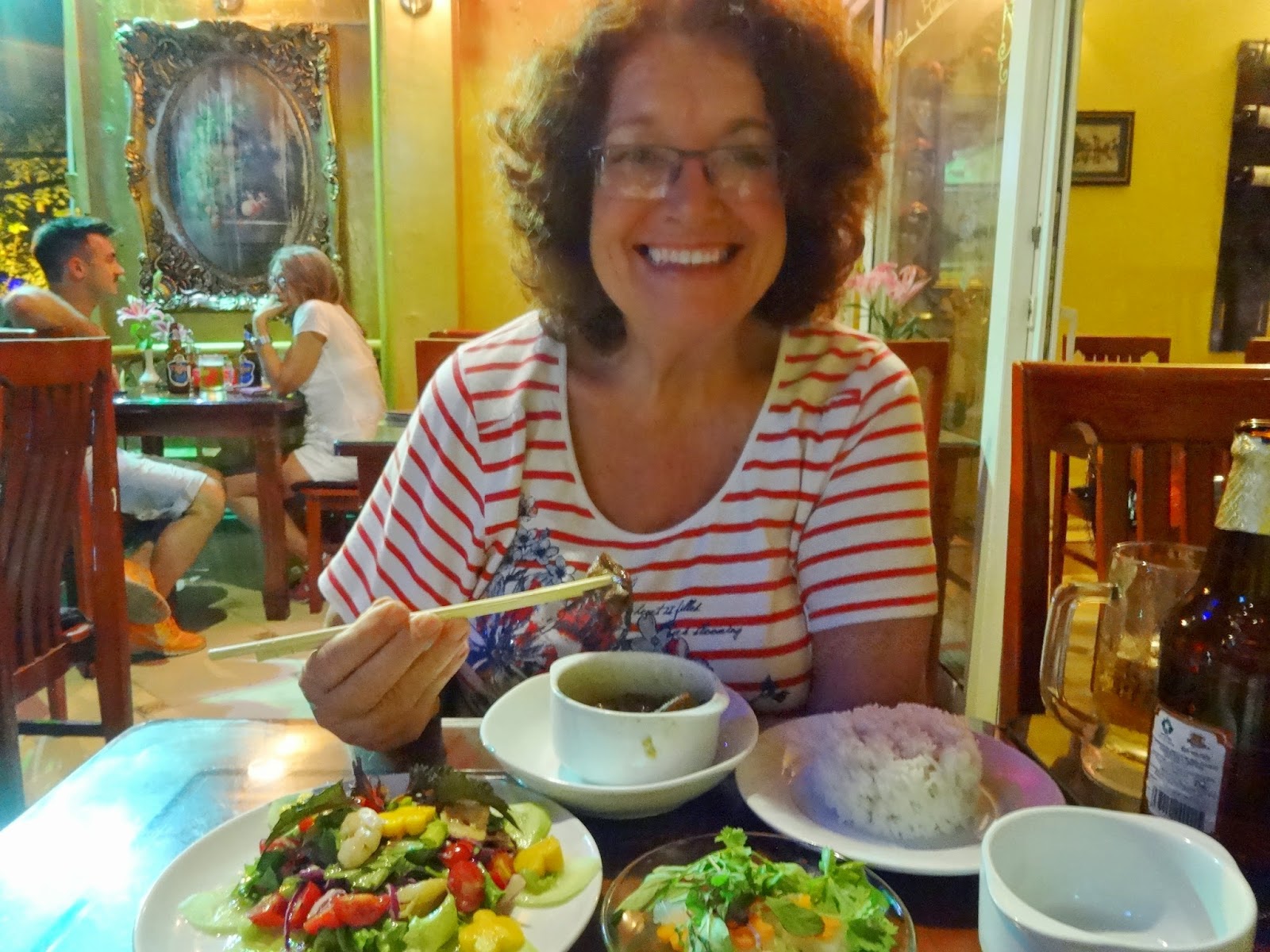 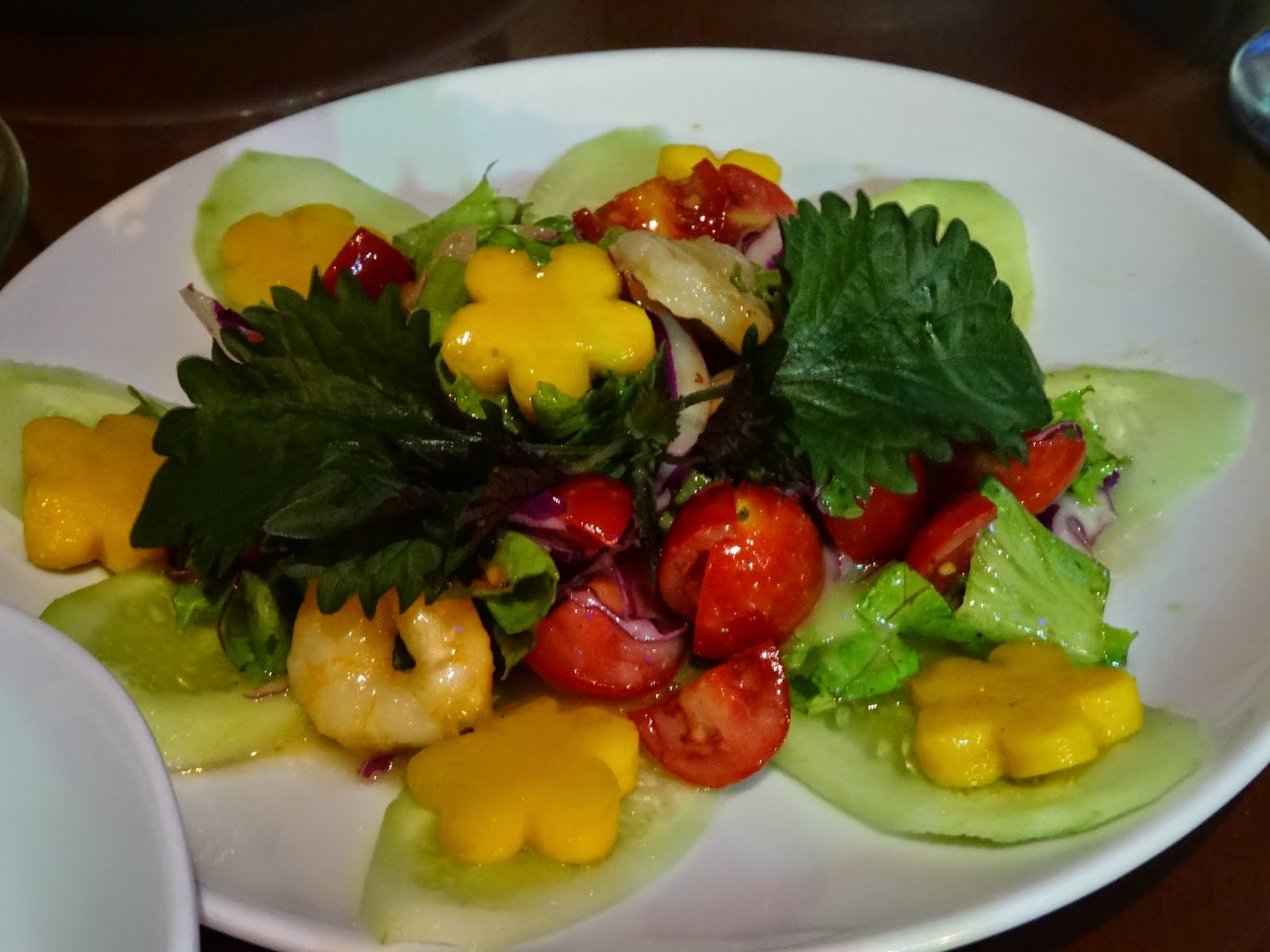 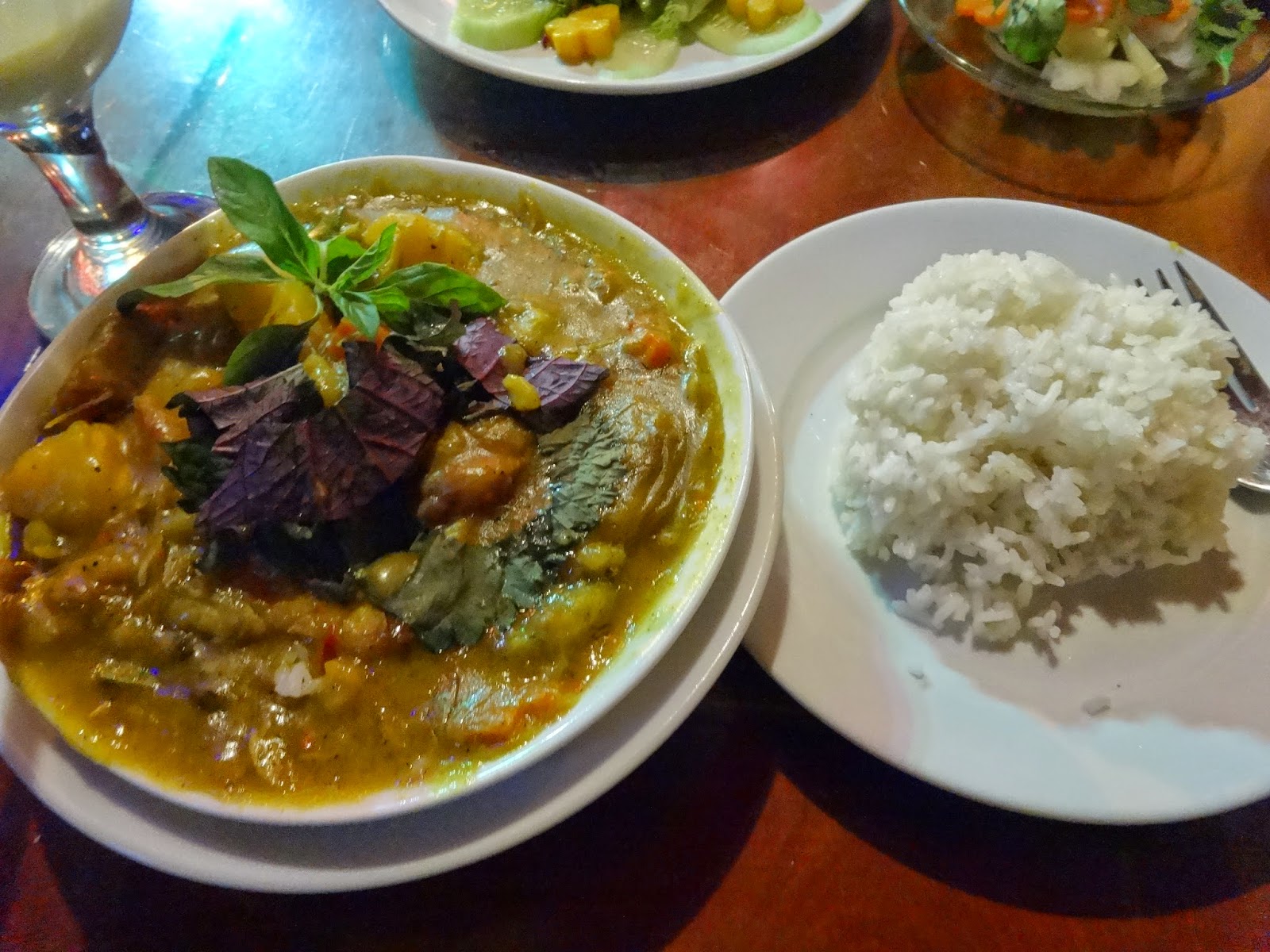 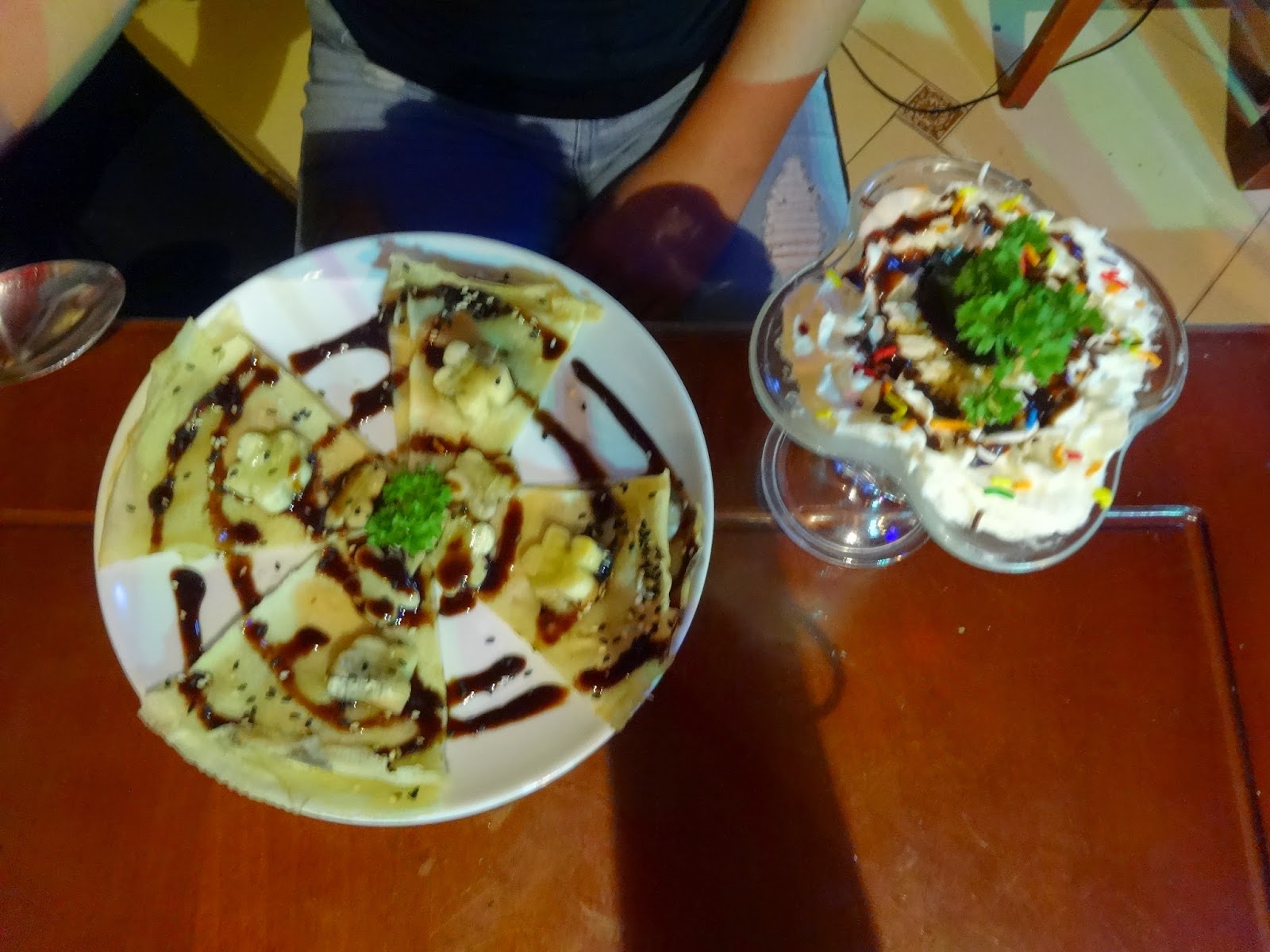 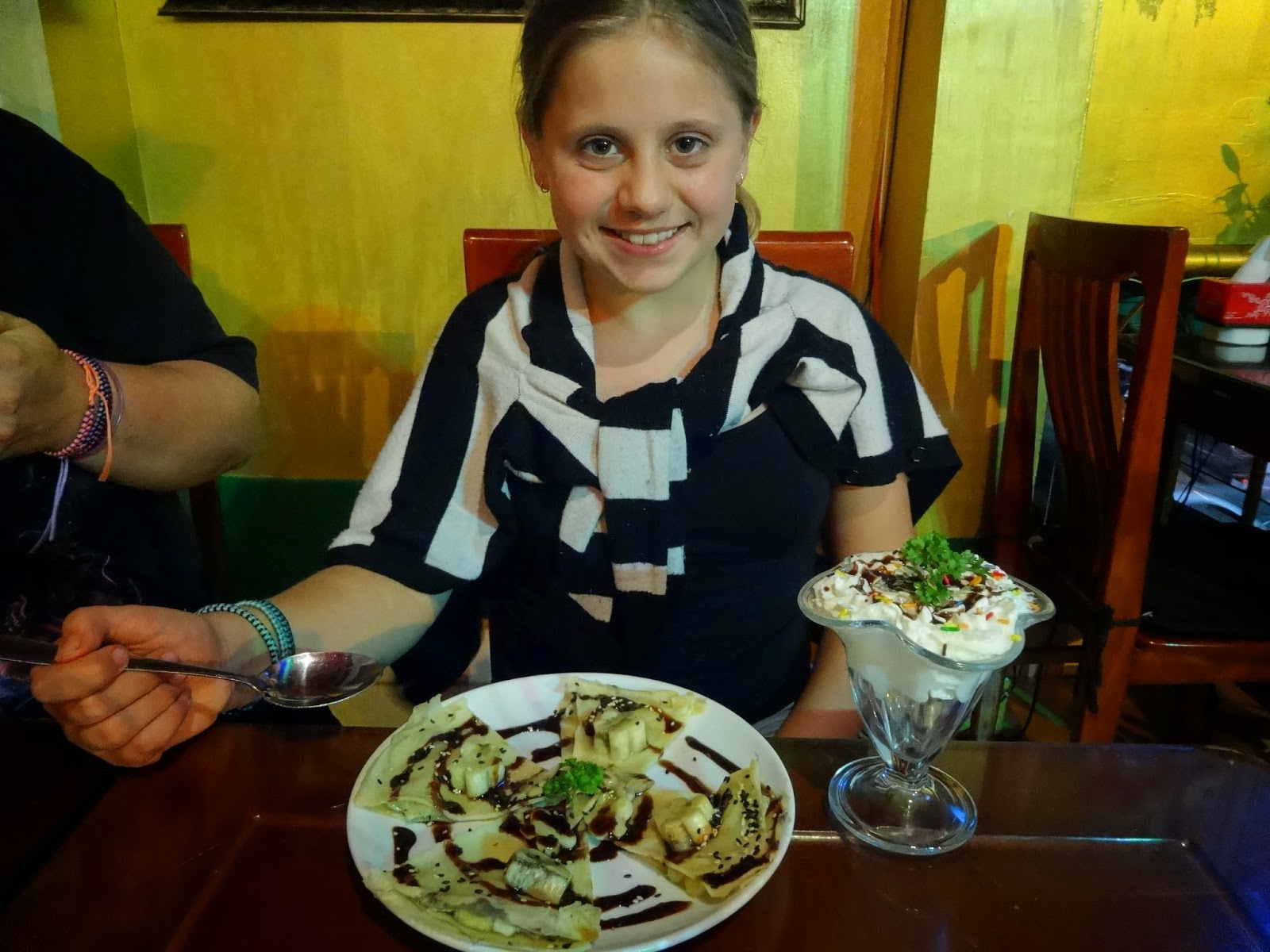 Look what Jordie got when she ordered banana pancake and ice cream!!  Happy girl - Haha!