Today the students from the Nam Phap Church class threw a party to farewell Lesley and Lynh who both taught their last classes this week. Lesley is going back to Australia next week, and Lynh will return to Singapore to resume uni soon. Xuân did a lot of phoning around during the week to find a place and get things organised.  The plan was to meet at the church at 10am and all go to Nga's house near Doson Beach.  It was a very hot day, and Khánh knew they wouldn't be leaving till at least 10.30, so we stayed here in the cool air-conditioning, planning to leave a little later when things were rolling. Then Trung phoned to say he was coming and that he would meet us here and we'd go on together. So we waited... then half an hour later he called to say he wasn't coming to the house, so we headed out.  We stopped at a roundabout (under a shady tree) and waited for him there for a while till a couple of other late-comers met us and we got a call to say Trung was already at the party!  I often wonder whether things would run more smoothly without mobile phones??


Anyhow, we got there eventually. It is a lovely new house and there were heaps of students there busily preparing a feast of Bún Chả.  I was told that the men were on the roof cooking the barbque but I was too hot and lazy to climb up several flights of stairs to go and say hello and take pictures. 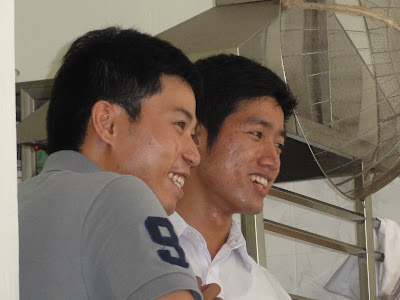 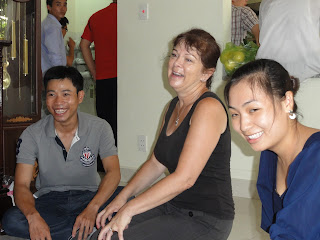 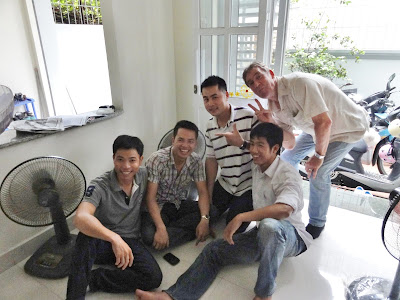 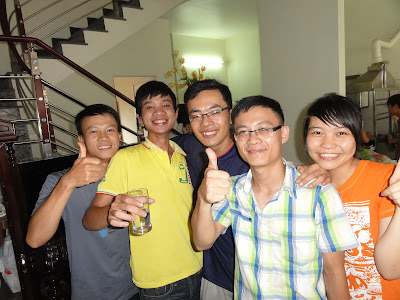 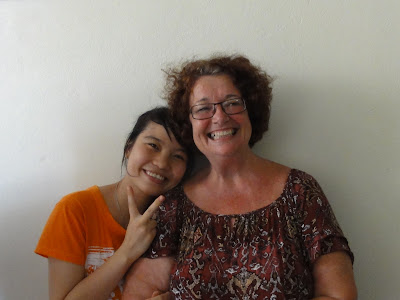 We sat on the cool tiles and chatted while the workers slaved away in the kitchen... 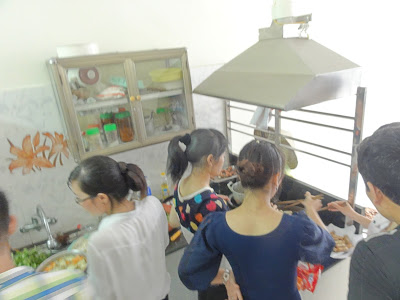 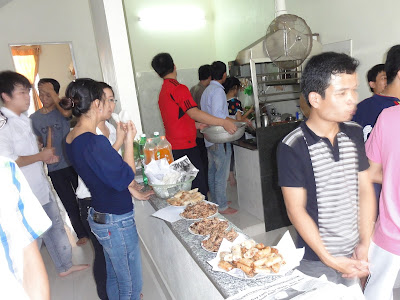 Finally, lunch was ready and we all tucked in... 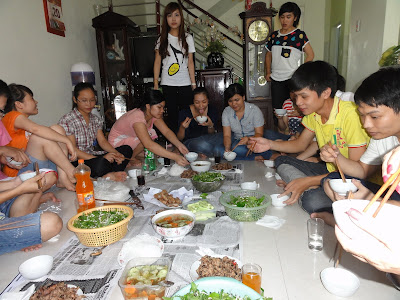 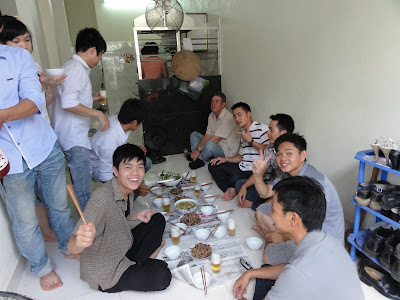 The clean-up was clean and efficient... all hands on deck!  Here are the girls washing up the dishes. 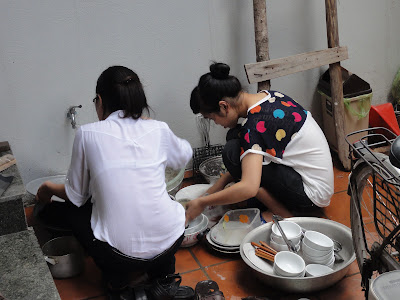 Then it was time for more photos... Trung, Lesley and Khánh 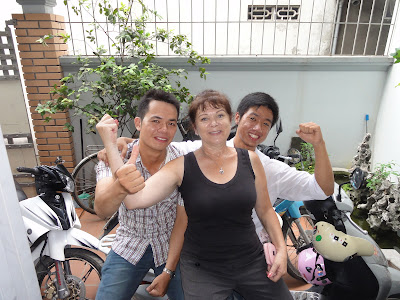 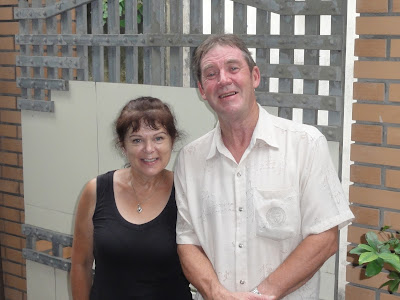 It was still really hot, so the party moved on down to Do Son Beach, but I had to go home and get ready for work. This next photo I lifted off facebook because it's such a great illustration of the spirit of joy for life that these gorgeous friends exude... 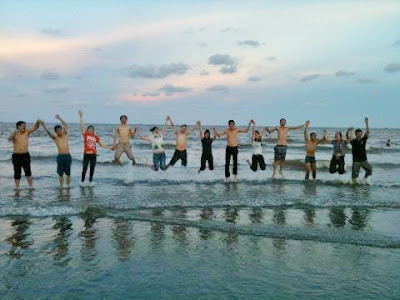 And somehow in the midst of all that I only got Linh on video, so I'll keep an eye open for pictures of her at the party on facebook, too.