Xuân and several of his friends took me to an outdoor cafe near Xam Bồ Church near the ocean (except you couldn't see it in the dark). They had a large TV set up for karaoke and we sat in the cool evening breeze drinking nước dừa (fresh coconut juice) and singing songs in both Vietnamese and English. 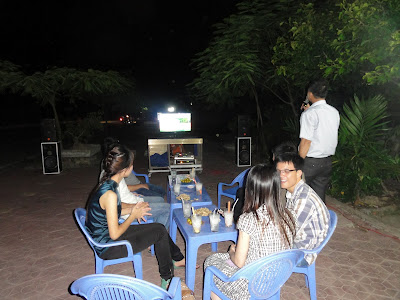 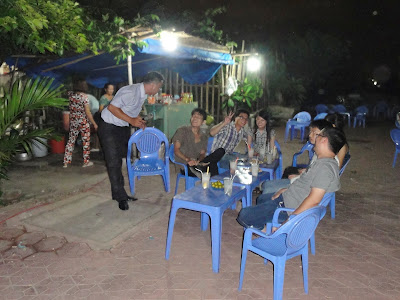 That's Huy standing. He fancies himself as a bit of a professional singer and tends to take over.

After an hour or so it began to rain... just a few spots, then it  in no time it was bucketing down we all made a dash for cover and were back in business a short while later in the carport-style living area of the house. I found the cool breeze refreshing, but the locals began to freeze!  We had a great time, although not everybody sang... I did, because they kept selecting English songs, so I had a ball! 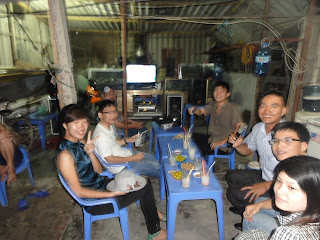