Tonight, Hùng picked me up to take me to Khánh's farewell party. He had picked up prints of the photos we took last night to add to the photos from last year I had copied for Khánh to take with him for memories of home. (I know how much I enjoy my family photos when I am here ... they are on the wall above my desk).

By the time we arrived, the party was well under way - many family and friends had gathered. The house is quite small now - the road was widened, and half their block was compulsarily acquired last year, so they had to rebuild. Now they have a lovely new house, but there's not a lot of room for a large gathering of people, like tonight. 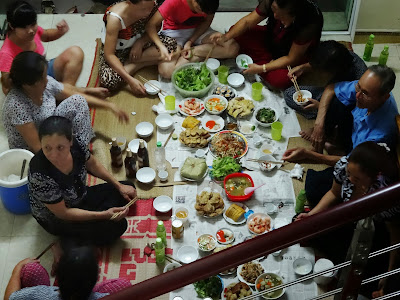 At first we went upstairs to the third level, but there is no insulation under the metal roof so it was pretty hot. Jutta arrived, but by then some of the people downstairs started leaving, so we waited a bit. While we were waiting, Khánh's mother came up to say hello. I gave my camera to Hùng to take our photo and immediately we both reached for our hair. It was very funny - and while we were fussing, Hùng took this shot - classic! 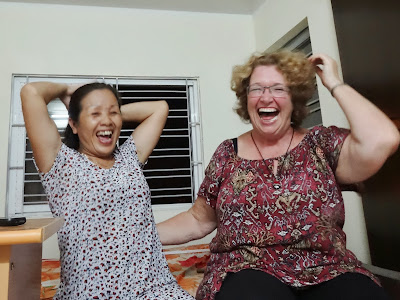 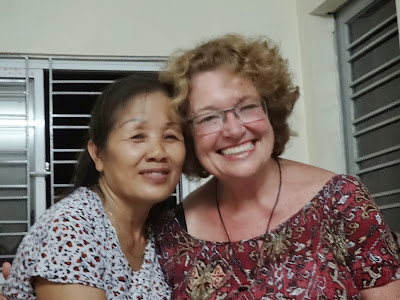 Once downstairs, I took photos of the family and friends gathered to wish Khánh farewell. I will get them printed and give them to his Mum. With his sister studying in Hanoi, and Khánh in Germany for at least 4 years, she'll find it pretty quiet at home on her own. 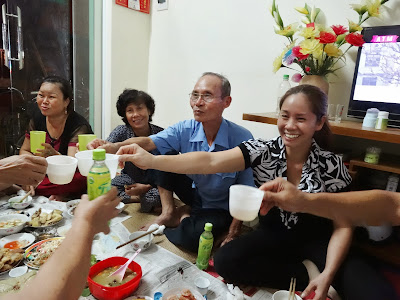 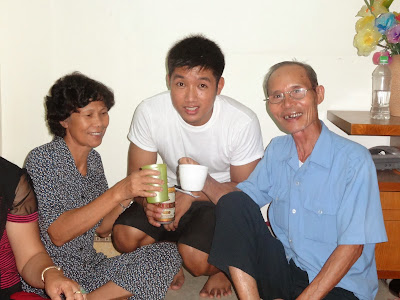 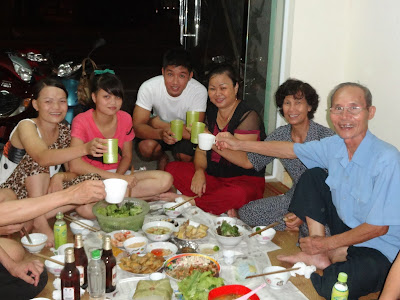 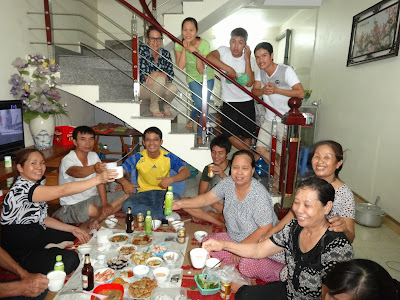 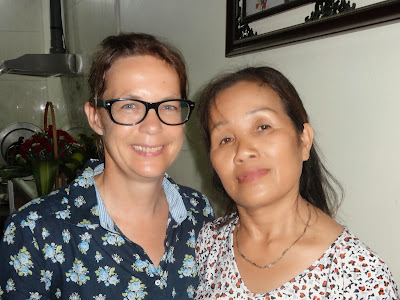 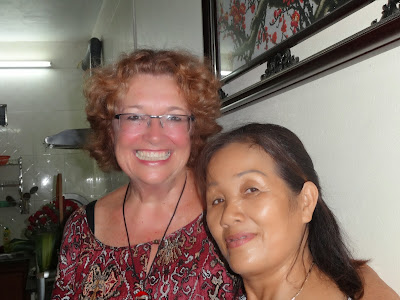 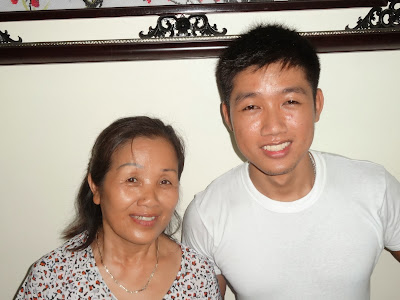 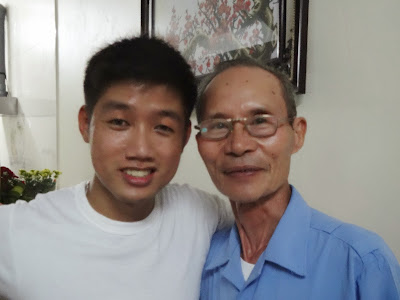 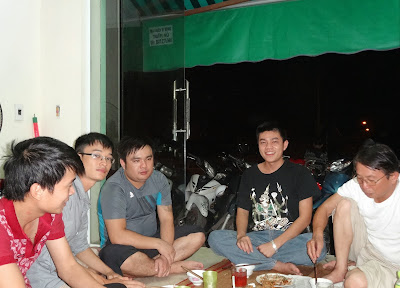 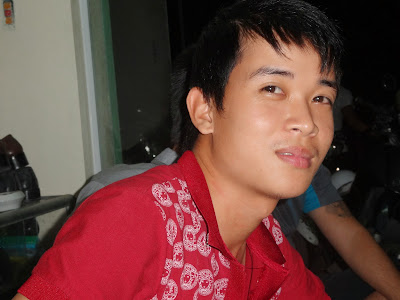 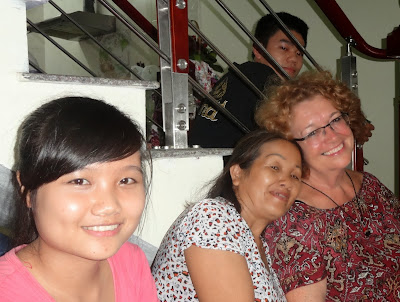 He will go to Hà Nội tomorrow and fly out early on Tuesday... and he still hasn't packed yet. His aunt in Germany has asked him to bring a huge quantity of vegetables and food... not clothes. She has assured him they have all the clothes he'll need. Apparently it's a lort easier to bring food into Germany than it is into Australia!!

It wasn't a late night, but a relaxed, low key affair and I was home before the end of the big football match between VN and Indonesia. Only God knows when I will see Khánh again. He has been such a huge part of my life in Hải Phòng I will surely miss him, but he has worked hard to achieve this dream and I  know he will succeed in building a great life for himself and his family.