Guest at An Lão School Openings

5th September was the day for the official beginning of the new school year, and Vinh had asked me to be the guest at the openings for the primary school and the high school he works at. I was picked up bright and early at 6.45am - School begins early in Việt Nam. 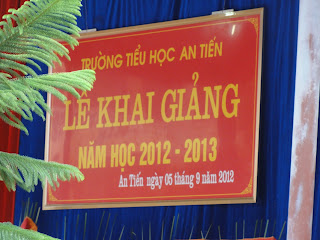 The stage was set up in the quadrangle, and a marquee in case of rain... 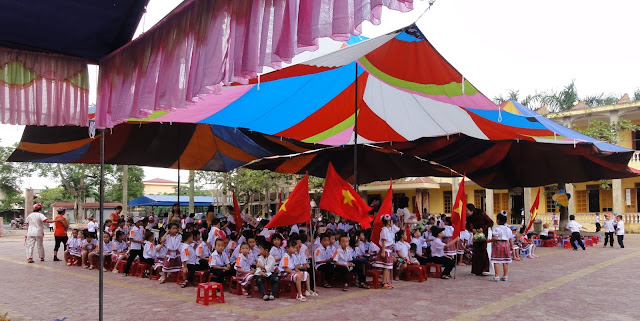 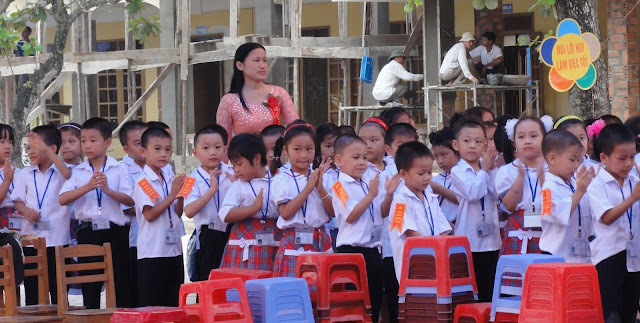 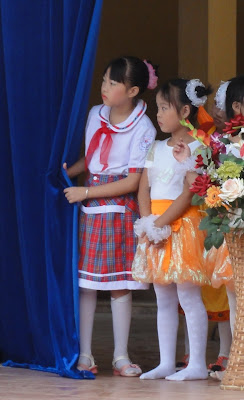 Then the performances began... 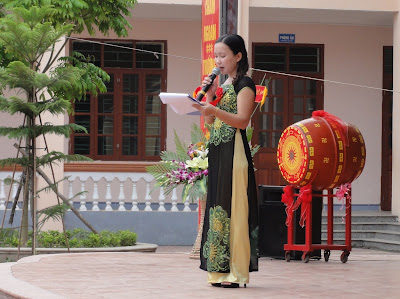 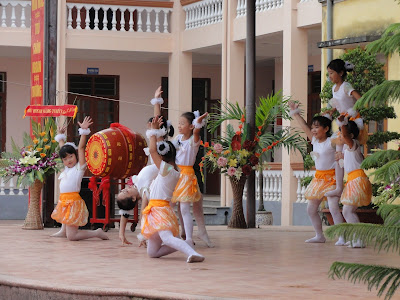 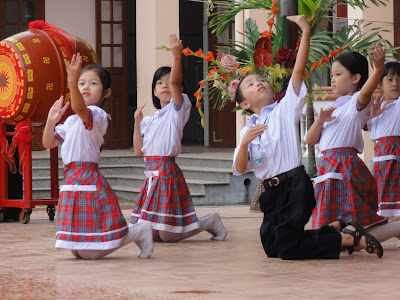 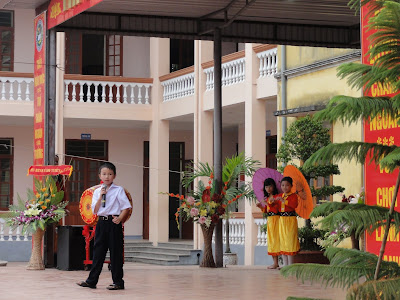 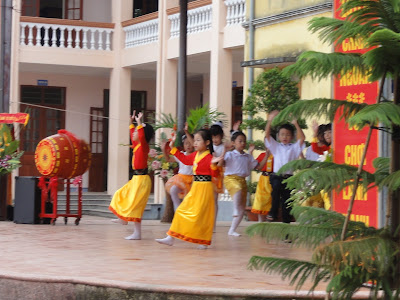 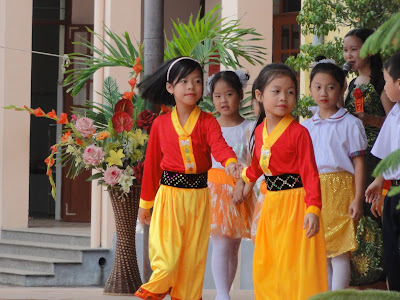 These two gorgeous girls were in the class I taught here during the holidays. 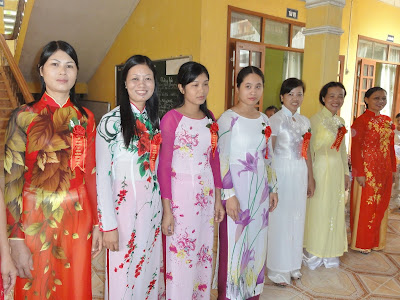 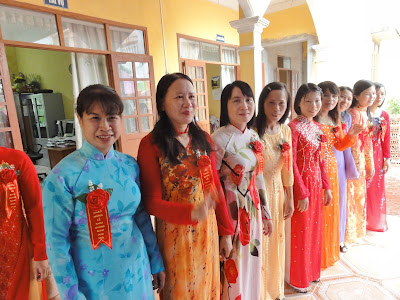 These beautiful ladies are the teachers. 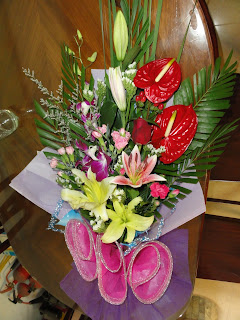 I was given these beautiful flowers and asked to present the award to the top student - another boy from Vinh's English class.

The primary school ceremony was still going when we left and Vinh hurried me over to the High School for their ceremony and by then it was raining. Again I was invited to come and present the award to the top student - such an unexpected honour! 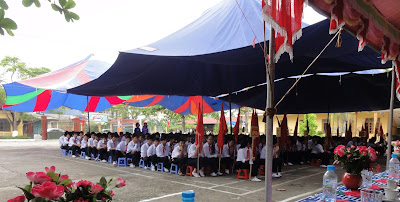 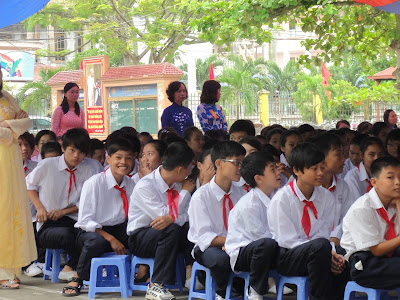 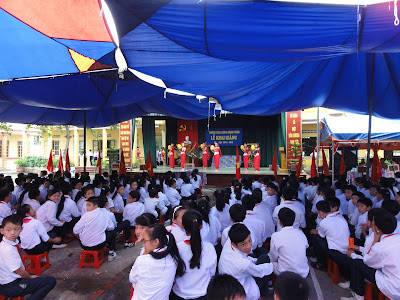 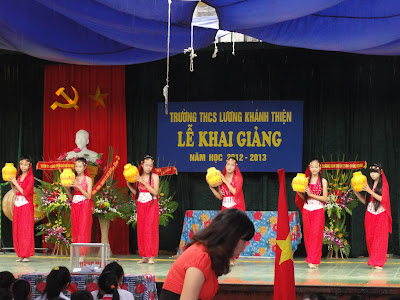 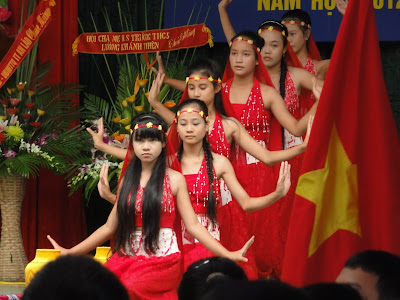 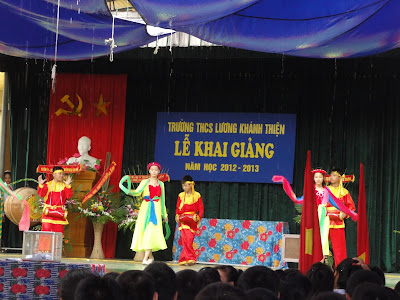 These dancers must have been practising all through their summer holidays for this is their first day back at school. 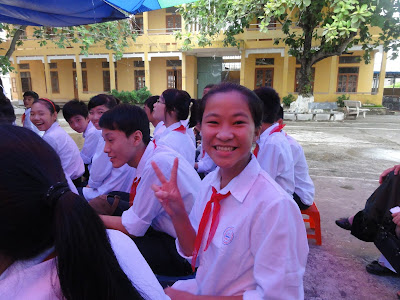 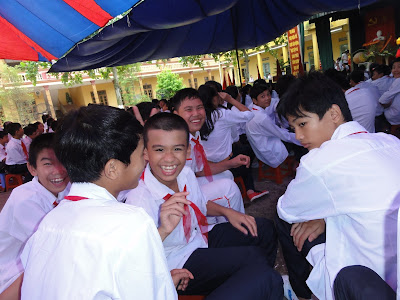 It was pretty rowdy up the back...

Afterwards, many of the students gathered around keen to try out their English. Vinh said that for many it would have been the first time they had spoken to a foreigner... they certainly aren't shy! 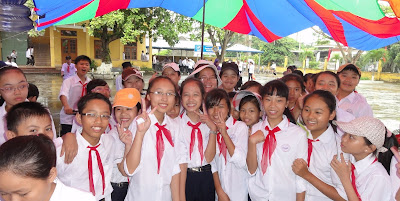 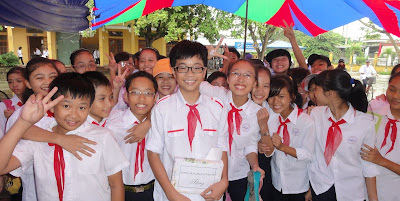 This is the boy who was awarded the prize for top student. 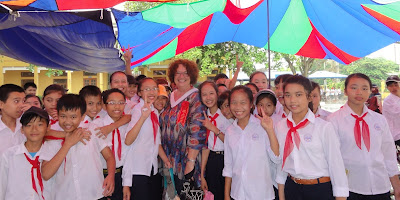 Then to top off a beaut morning Vinh took me home for lunch and I got to see his beautiful baby girl... 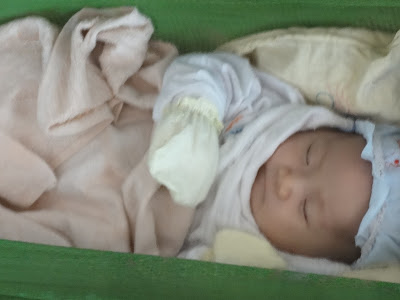 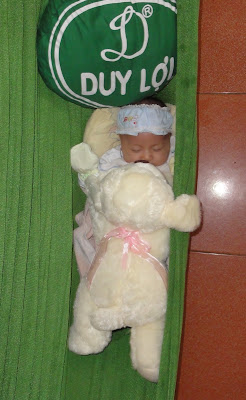 The dog I gave her is as big as she is! 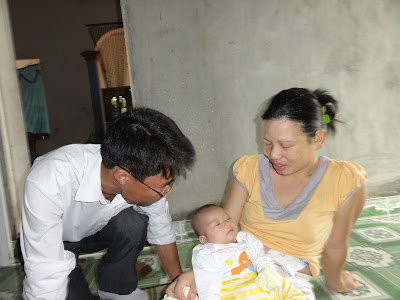 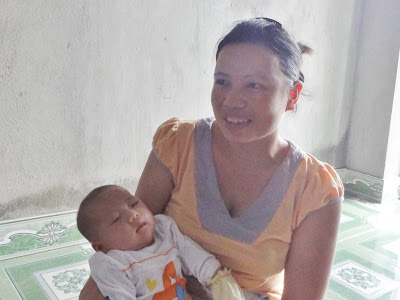 And even with a baby just a few weeks old, Bich welcomed me with this scrumptious lunch. 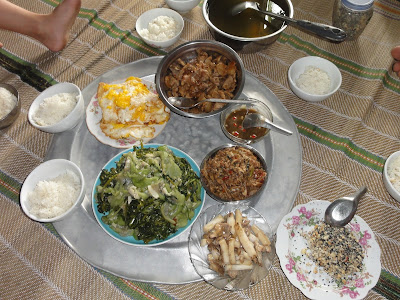 When I came home with flowers again and told Toni about the morning's events, she said she reckoned I was like The Queen Of Hải Phòng ... a celebrity  LOL!