Do Son and sunburn


Hanoi Monday, Kindergarten class Tuesday and today?... a day in the sun at Dosun Beach!  Last night at about 10pm (after classes) I got a text message from Xuan asking me if I'd like to join him and a bunch of friends from Nam Phap Church Class and Ian and Lesley on a ride to Dosun Beach today.. so of course I jumped at the opportunity. So I was up early to get tonight's lesson plans done, because I knew it would be a rush to get organised for classes at 5:30pm.

Khanh came to pick me up at 10:30 with a Handbook for the English Translator which he bought to help me to learn to speak Vietnamese... how kind of him! We headed off to Ian and Lesley's hotel where we teamed up with several others, and headed off... 4 bikes, 8 riders. They decided to divert before heading out of the city and get an early lunch here rather than pay the inflated prices at Dosun. So we ended up at a vegetarian restaurant called The Loving Hut,  where we had an assortment of dishes. 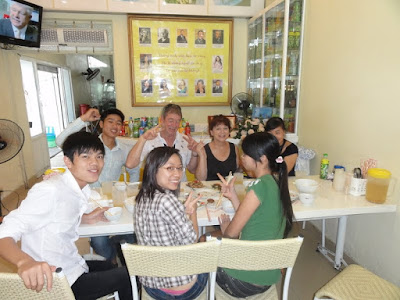 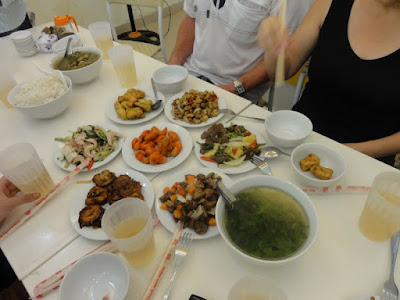 While it all tasted nice, what fascinated me is why they take so much trouble to make their vegetarian food look like meat! We had imitation beef, chicken, pork, prawns, snails.... even bamboo shoots presented so they looked like chicken drumsticks!  What's wrong with vegetatians just eating tasty vegetables??

On the way out the door I took a photo of the dish washing department. This is typical of the way dishes are washed... which explains how all the little sidewalk cafes manage. All you need is a supply of clean water and off you go. If you're lucky you get a tiny stool to squat on... 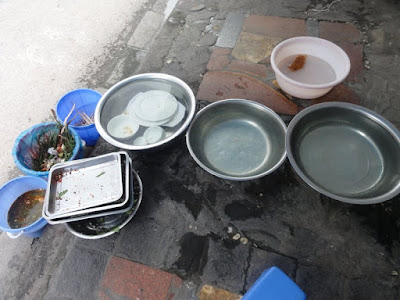 For the ride to Doson, I hopped on behind Xuan. Most of the traffic flows at about 40kph which is quite gentle. Best of all it allows motor bike riders to talk freely... to one another, or to the pillion passenger, so a half hour ride goes quickly. Xaun decided to make the most of the opportunity to learn the ABC Song (you know, the one from Sesame Street). So we sang the alphabet over and over again in bits and pieces all the way from Hai Phong to Doson. Every so often, Khanh and Lesley would ride up beside us and chuckle...

Anyhow, we rode through the town to the bottom of the only high ground - a steep hill on the point. It was a hot climb up the path to the lookout, but the view from there was great, as was the cool breeze! 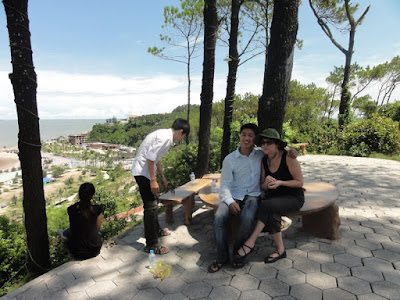 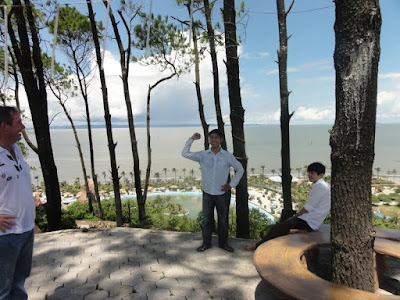 You can see the huge resort complex that's under construction down below.  Later on we went for a swim in the little cove you can almost see on the right. 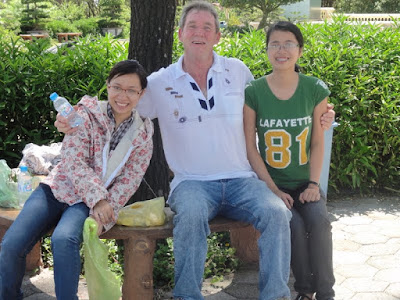 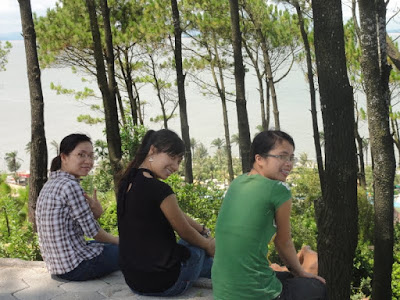 The walk down the hill was interesting... we passed through a 'zoo' of concrete animals... 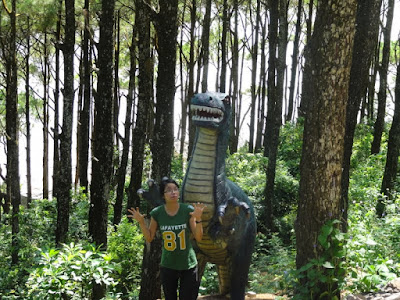 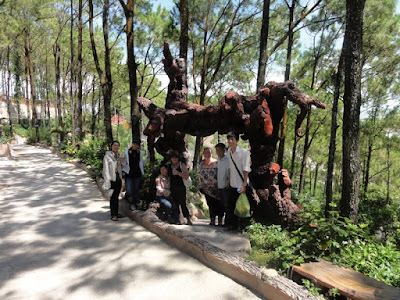 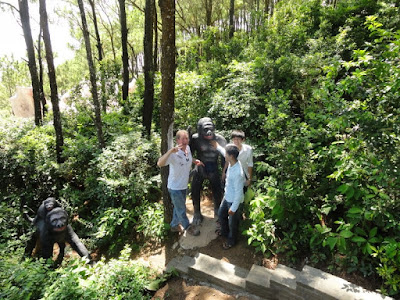 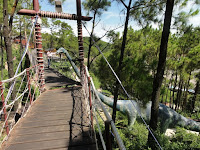 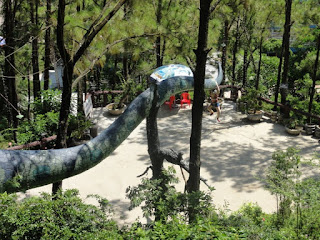 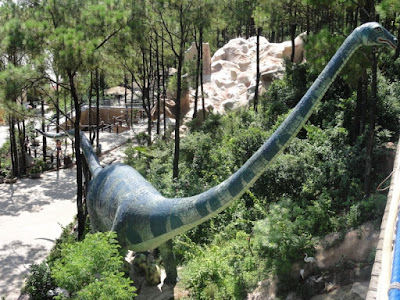 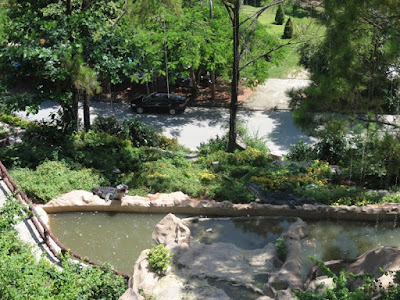 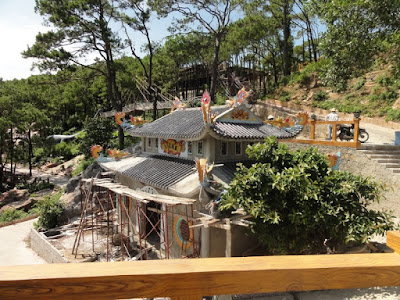 They're building a pagoda next to a big terrace...  a bit like a wedding chapel?

There is also a row of delightful cabins... no doubt intended for wealthy tourists. 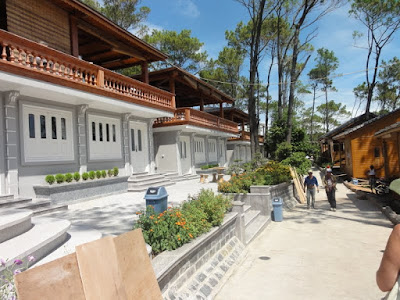 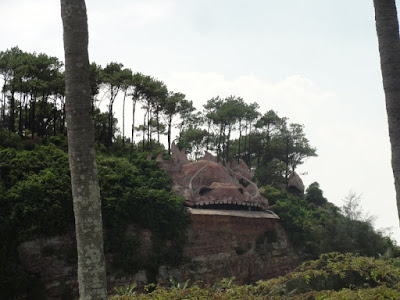 We headed over to the umbrellas on the other side, then the guys and I had a swim in this little bay. The water was really warm... 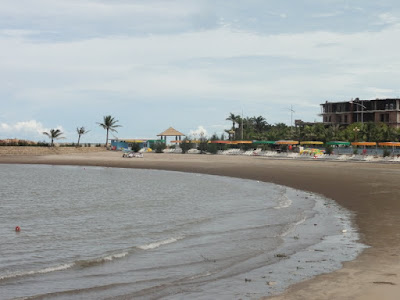 I didn't get around to taking any more photos, but the girls sat on those deck chairs under the umbrellas and made sure they stayed covered up to avoid the sun. I foolishly didn't wear a hat and ended up severely sunburnt.  I got home at 4:15pm and had to shower and get ready for school by 4:30pm... just a bit of a rush! My students were horrified by my bright red face!

Nevertheless, I had a great day, thoroughly enjoying the company and the outing. Still, I was very glad that I didn't have to walk home after work... Sun, the security guard gave me a ride.
Posted by Annie Gooch at 10:04 PM