A day in Hanoi, but classes in the evening as usual!


This afternoon it's pouring, and there's a thunder storm raging. The lightning is so close I can hear it crackle before the deafening thunder claps.  But I'm snug in my room, blogging, listening to gorgeous classical music - Mozart / Beethoven Quintets for Piano and Wind Instruments - a DVD I bought for  $3 yesterday in Hanoi!

Helle picked me up at 7 am and then we collected Ushi from Harbour View Hotel and sat back in air-conditioned comfort while Helle's driver Ming drove us to Hanoi. It rained most of the way, but we had lovely weather all day while we were there. Our first stop was a French Patisserie for a morning cuppa. It smelled of coffee and baking and was just gorgeous. 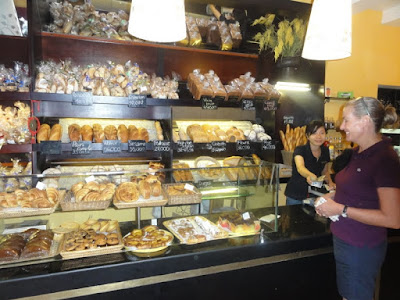 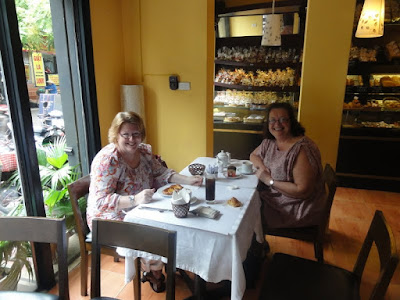 It was quite amazing to realise that I was sitting in this fabulous French coffee shop in Hanoi having a day shopping with my friends from Denmark and Switzerland.... wouldn't be dead for quids!

This neighbourhood - West Lake - is very popular with foreigners and there are several embassies nearby. We ducked into the local L Store which stocks foreign products not readily available in Vietnam. 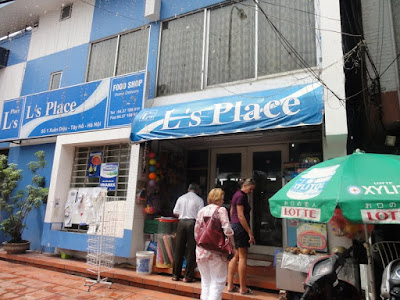 They didn't have Vegemite, but I did buy a block of Cadbury's chocolate. 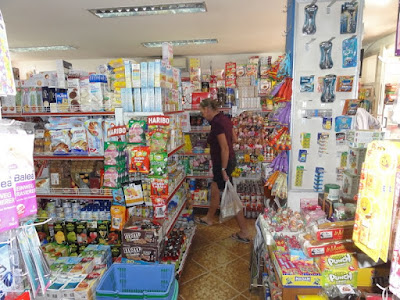 Next stop was a Vet to buy Frontline for Helle to take back to Denmark (she's going home for two weeks on Friday). It's way cheaper here than in Denmark. By then it was close to 11:30am so we headed off to Helle's favourite Italian restaurant for lunch - Luna D'autunno.   It is one of those places that evokes an ageless European charm... spacious and gracious. 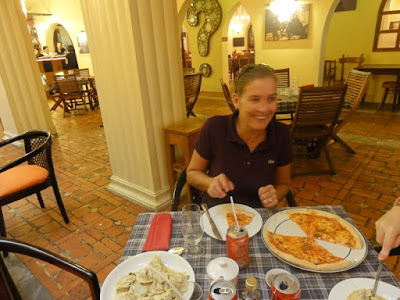 The girls had pizza and I had walnut and eggplant ravioli

You can see the outer courtyard behind Ushi 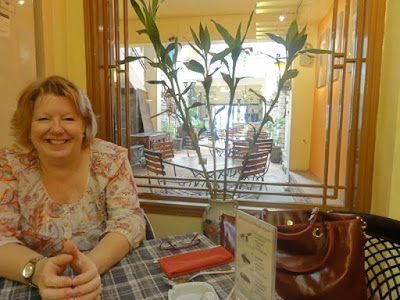 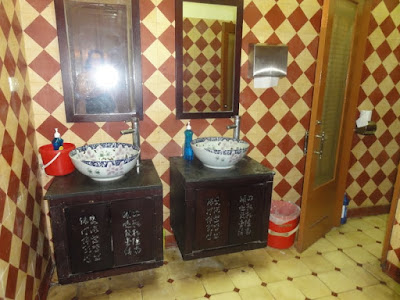 After lunch we headed for the Old Quarter and spent a couple of hours wandering around shopping. It is so charming, there is always something intriguing to see... photo's don't capture the magic, but here are a few anyway... 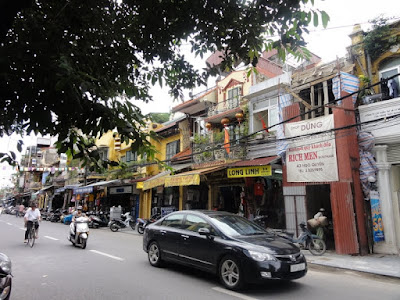 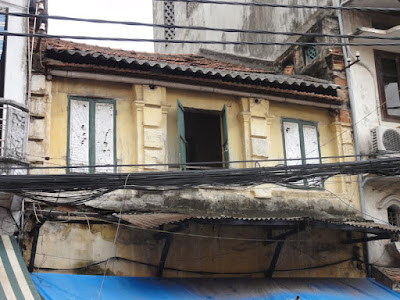 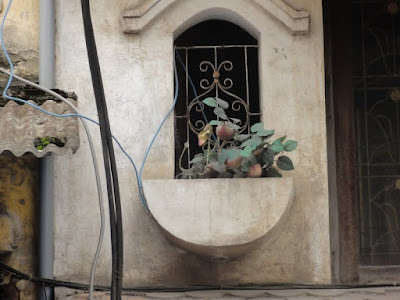 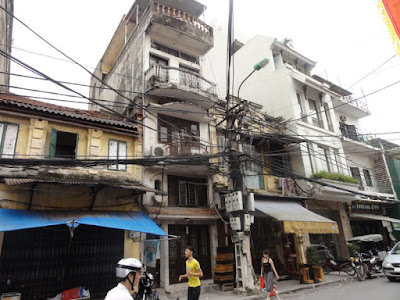 (the previous two photos came from this little scene) 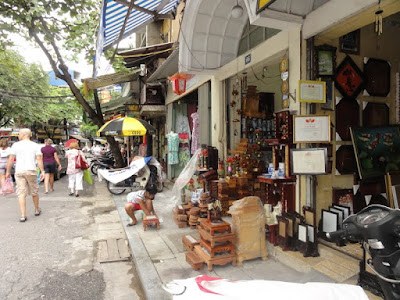 The shops are tiny, overflowing with stock so you can hardly move around... 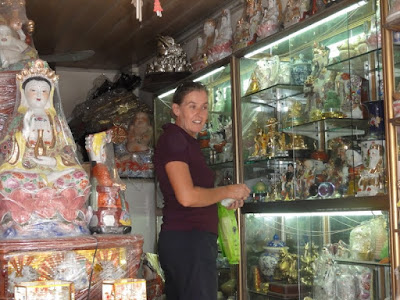 Nevertheless, I managed to buy an embroidered black suede bag, a silk scarf, a gorgeous little purse and a few DVDs... oh, and a fan from a persistent street vendor.

We had a final pitstop at a bakery Cafe called Joma, 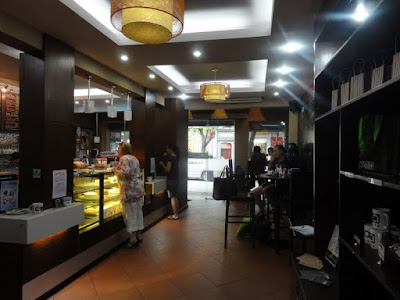 where I met an Aussie named Neil who lives over here in HCM City with his Vietnamese wife. He has just bought a farm in Dalat, where he plans to raise Wagu Beef. He is in Hanoi showing his sister around. She was waxing lyrical about visiting the pottery village that morning... another place on my 'Must See' list. It sounds fabulous.  Anyway, Neil gave me his contact details so I can chase him up when I go south. I planning to get to Dalat in early October, so we'll see.

I had a bit of a doze on the drive home, then Helle dropped me at school just after five. I had my school stuff with me, but still half an hour was pushing it to get ready for classes. The computer was in go-slow mode and the photocopier was broken, so it wasn't quite how I'd planned... still, 4 hours of classes went by quickly enough.

What a great day!

Now it's Tuesday afternoon. I taught the Kindergarten class this morning. I managed to forget to bring home Leslie's bag of tricks for that class last night, so I had to create a few flash cards while I picked Katie's brains for easy songs for 4 year olds (on skype) before I left at 8am.  That was fun again. And today I have only one evening class, so I have had time for blogging and a nanna nap.

So there you have it!.  The thunder and lightning have stopped, but it's pouring, so it'll be a wet ride to work .  This time I'll take my own rain poncho!
Posted by Annie Gooch at 2:50 PM