This is the third time I have had the pleasure of attending the first PEEP English Club meeting for the new Uni year - welcoming Freshmen.

Hiếu had been in his home town for the weekend, but came back in time to pick me up before PEEP started. We stopped off for Bánh Mỳ Chú Béo for dinner - a kind of roast beef and coleslaw toasted sandwich ... mmmmm 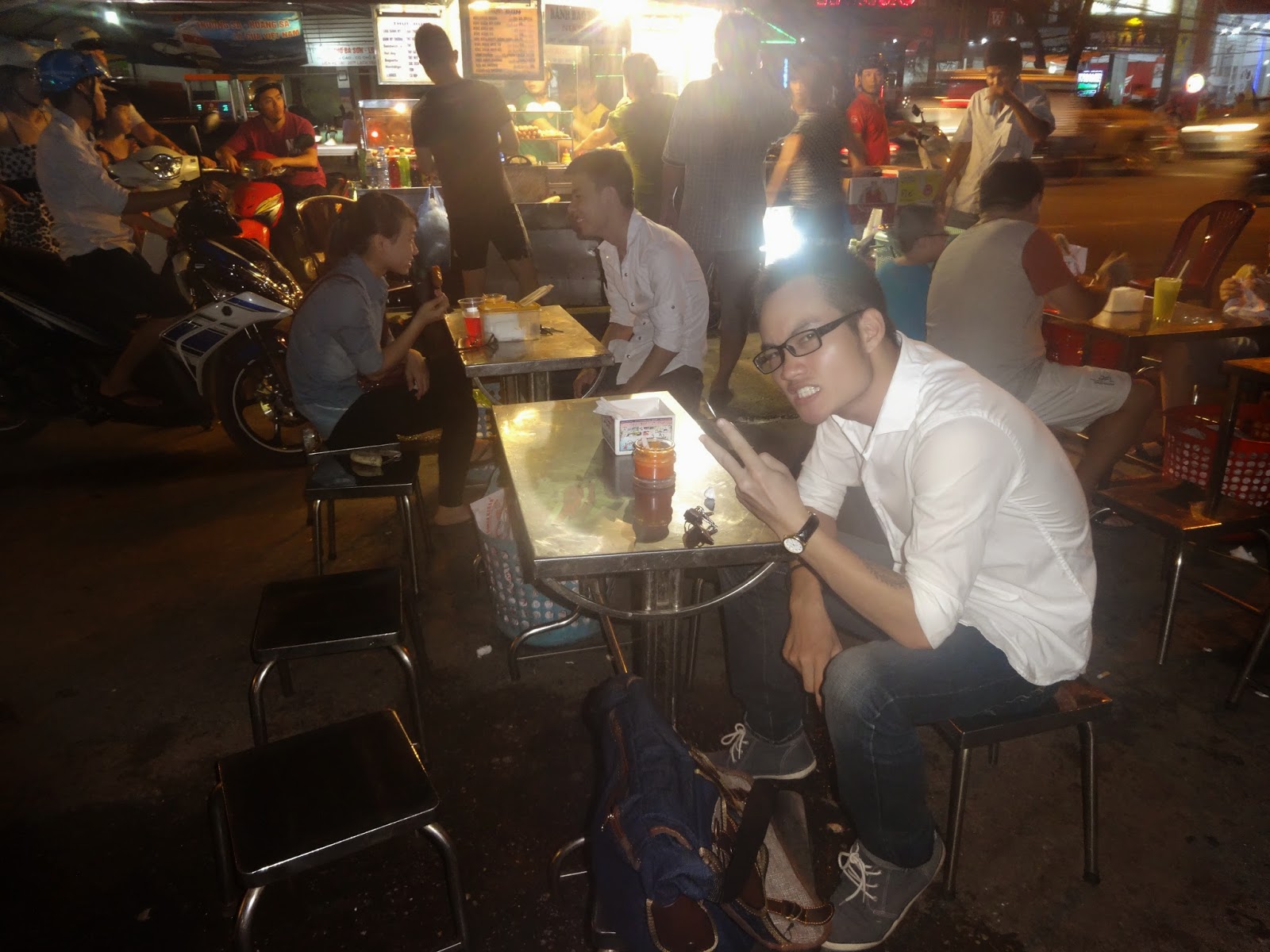 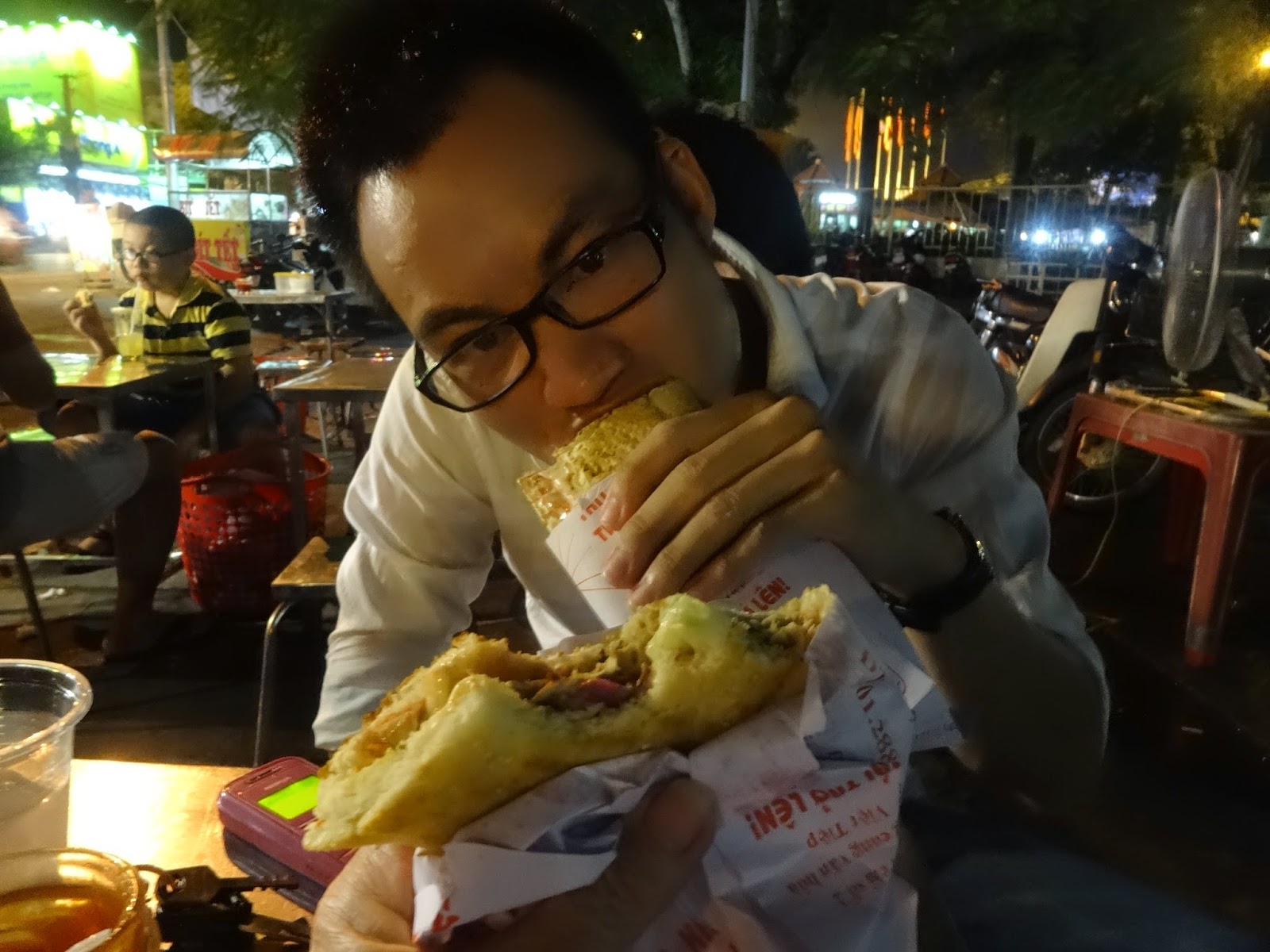 When we got to the Uni, there were already lots of students gathered...not so many familiar faces as usual, for they were nearly all Freshmen. Long was there waiting...so lovely to see him!

The first year, Hà was president, and now Thảo is President of the club for her second year. As always, she did a masterful job. She has a wonderful, bright personality - a natural, engaging leader. She shared the presentation with several of her club-mates. 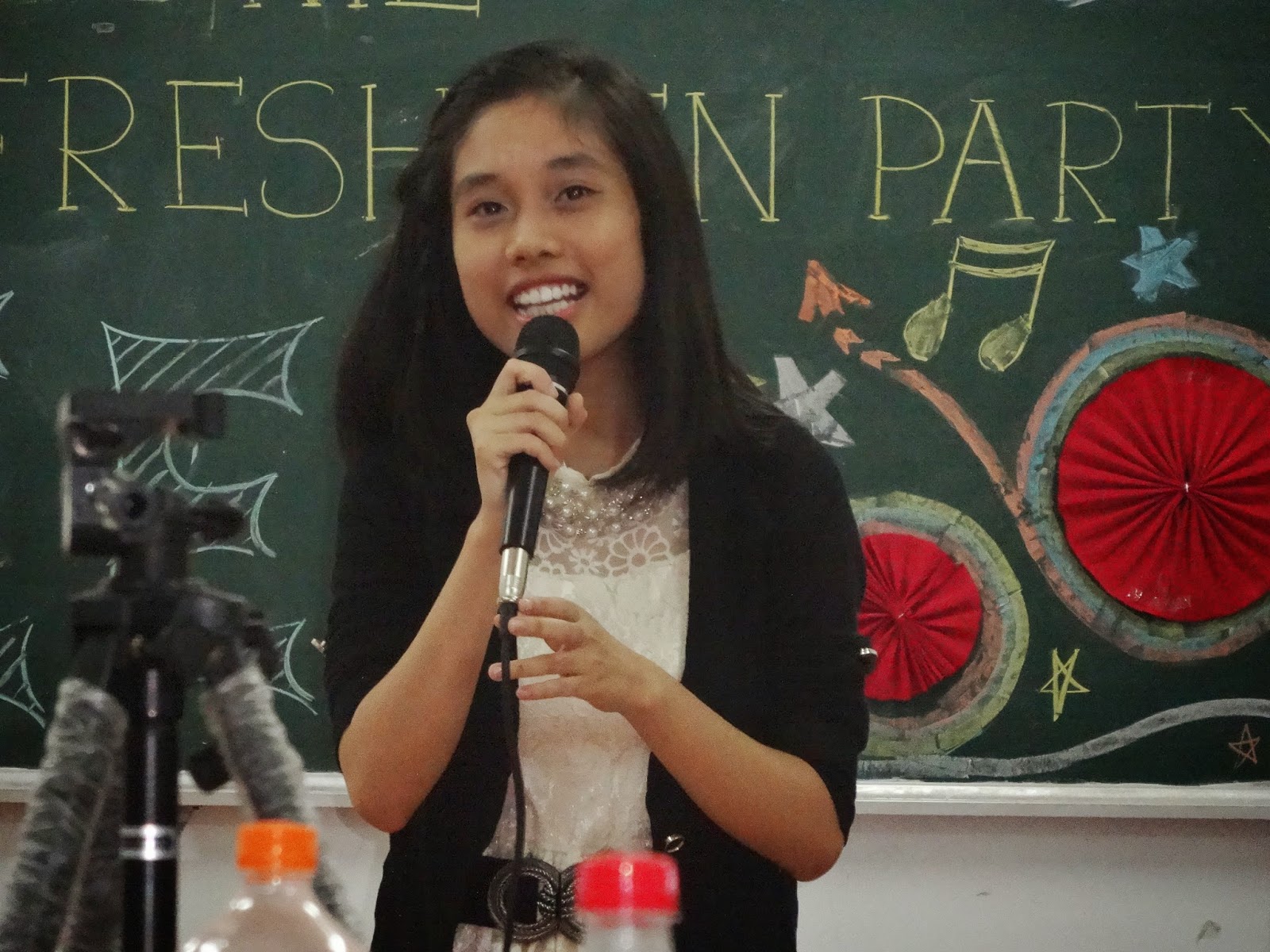 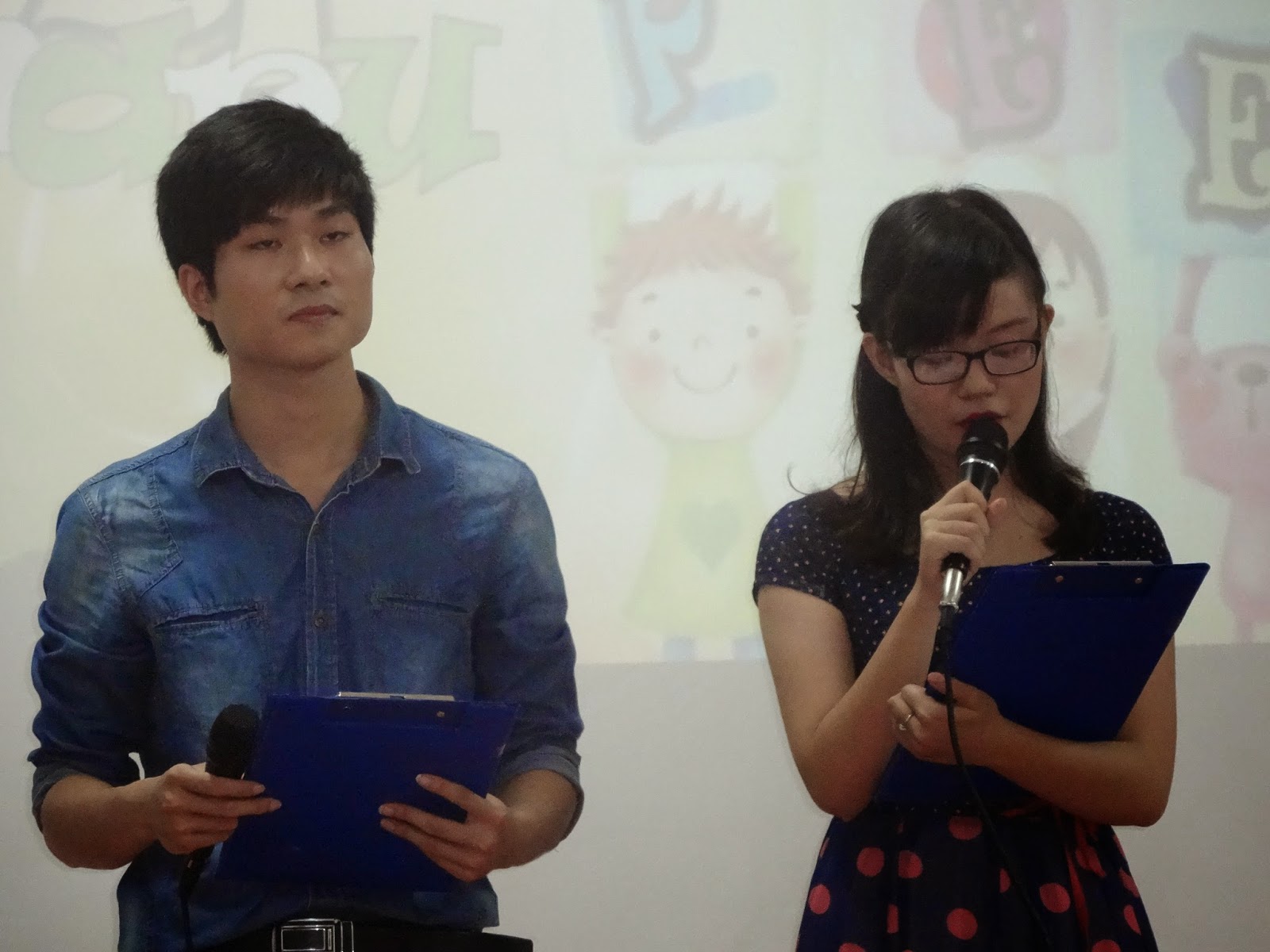 The room was packed to overflowing.... I took this photo early on - another hundred people squeezed in at the back as the night went on! 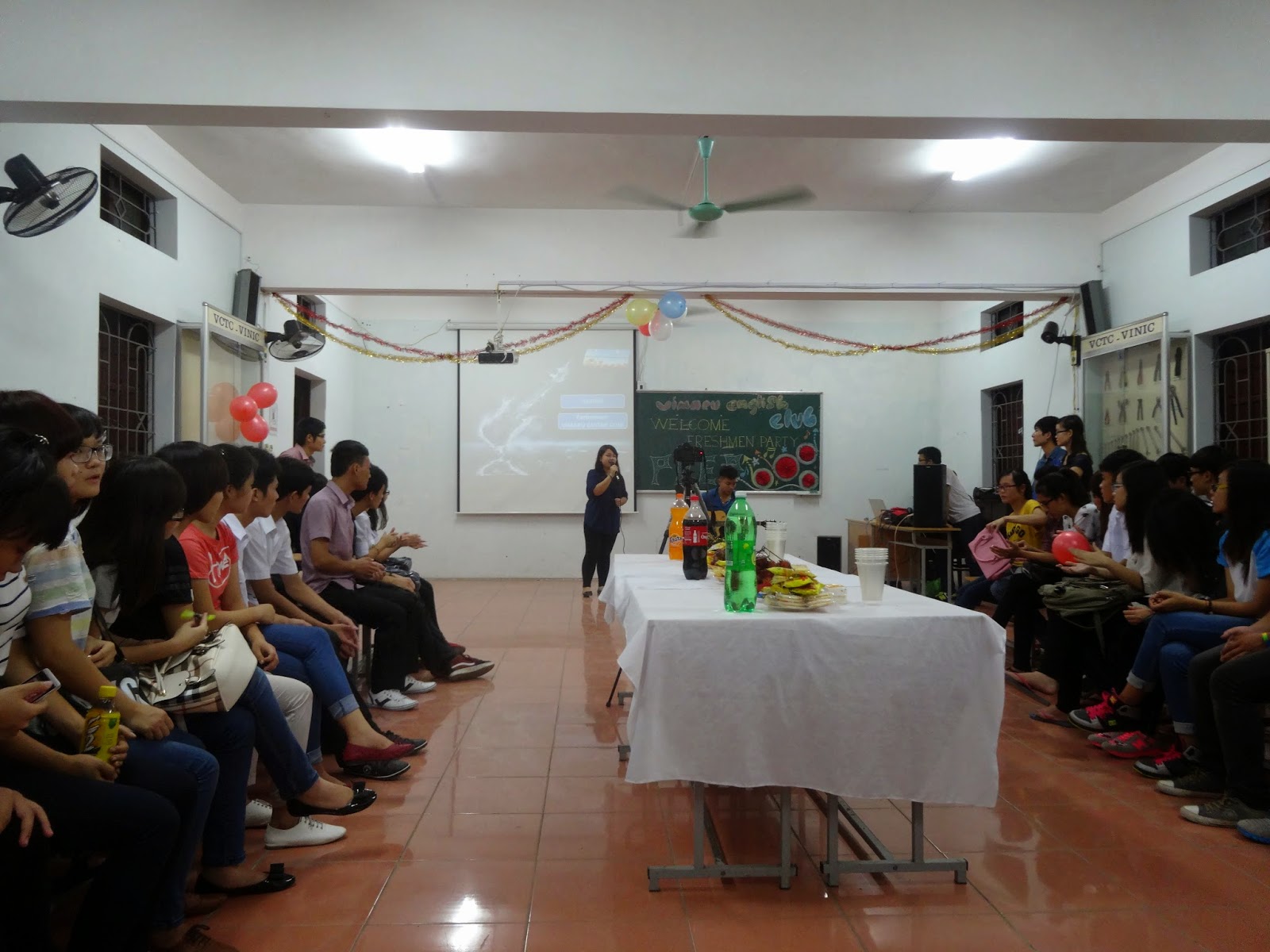 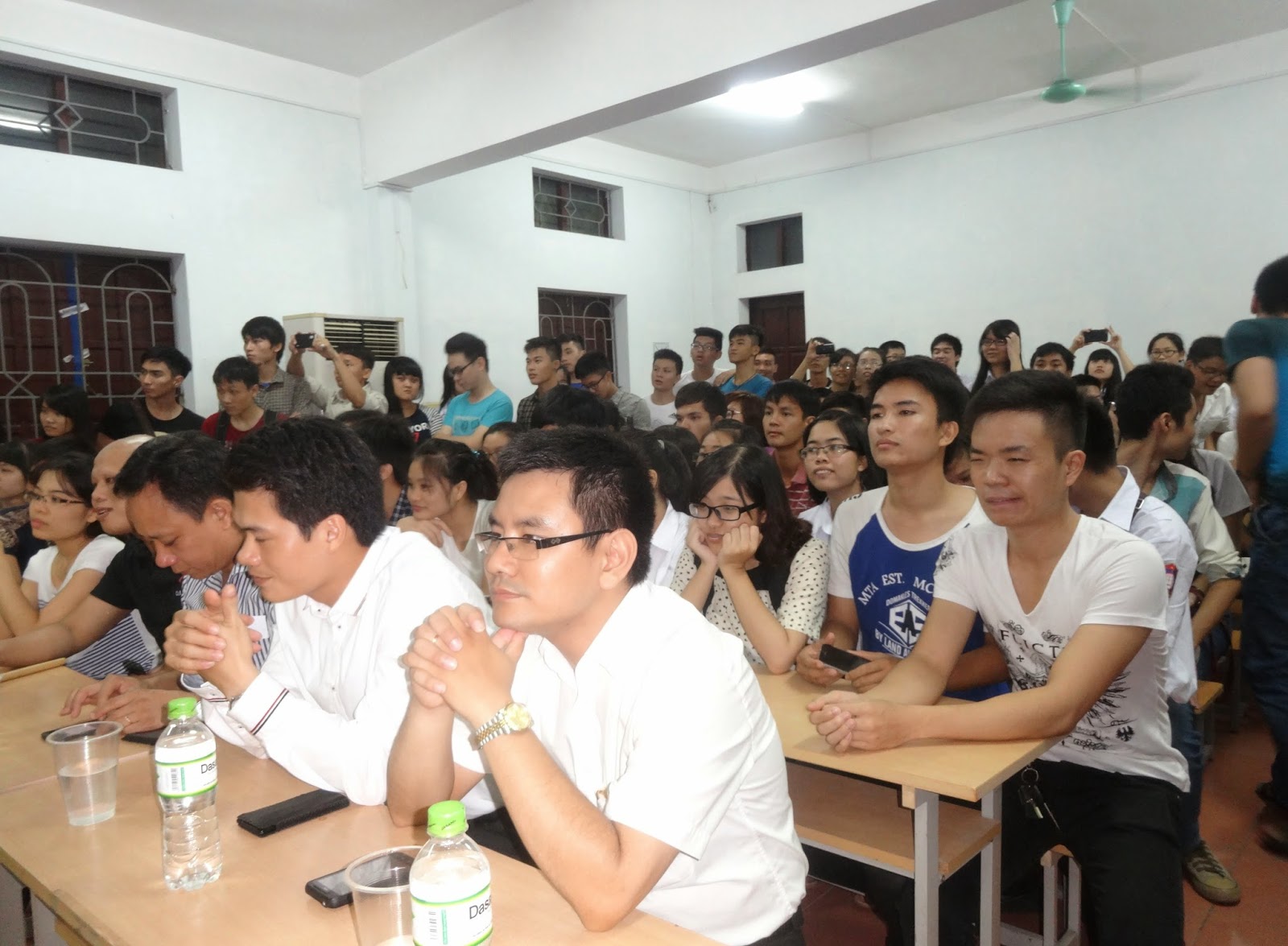 There was a variety of entertainment...singers, and dancers... 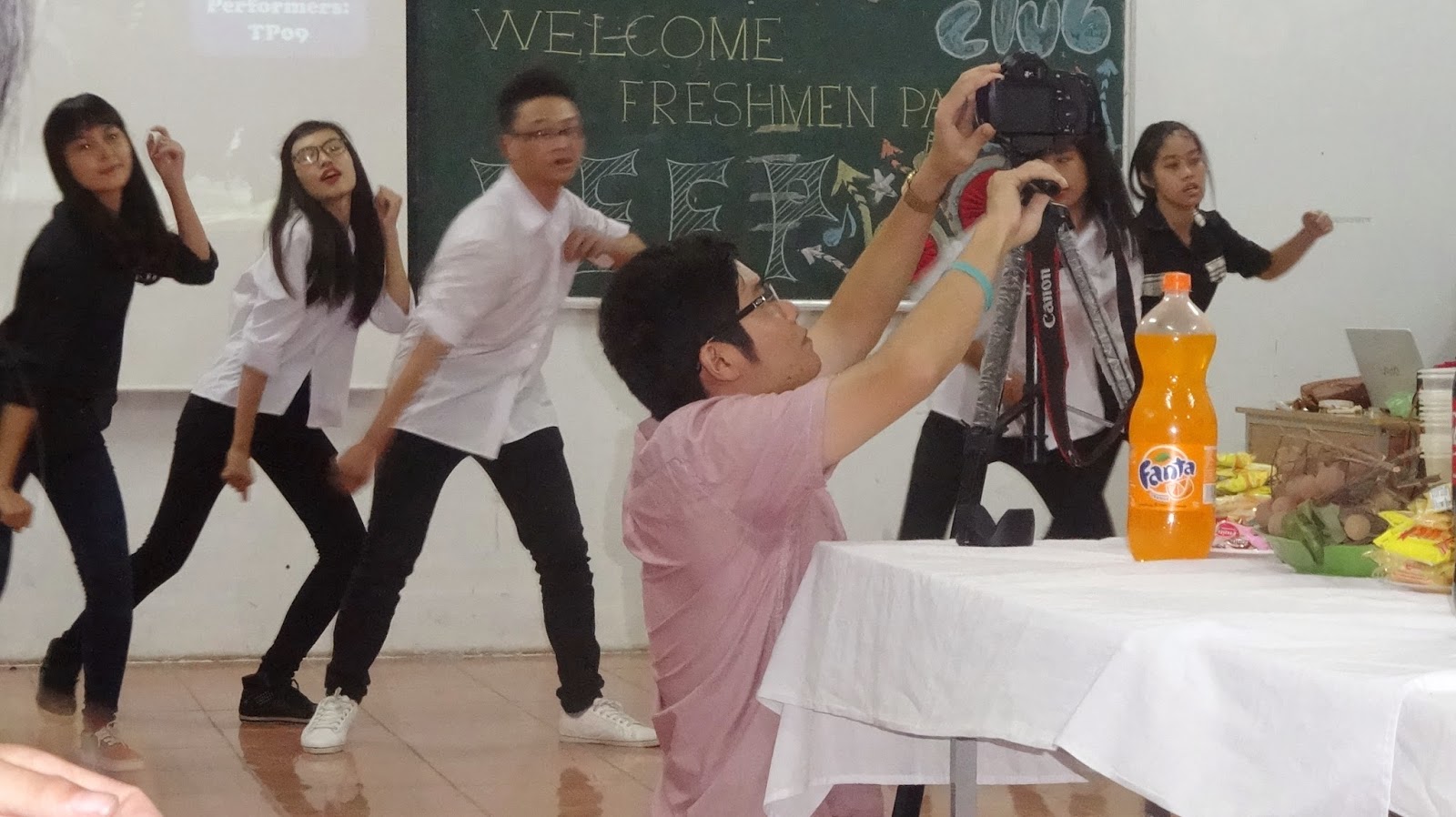 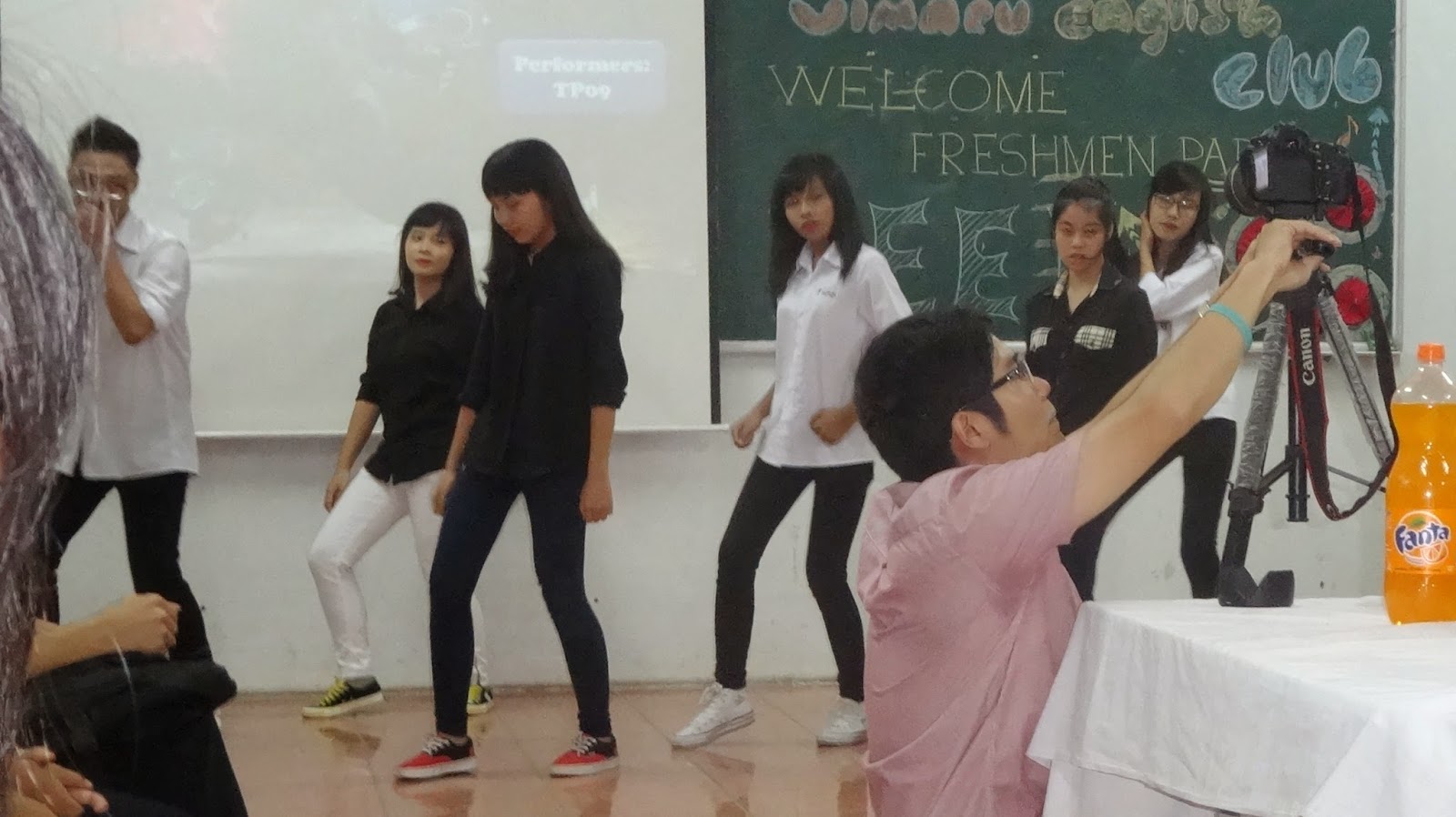 Then the Vimaru Vice President , Mr Phạm Xuân Dương, addressed the students - in English. He is a very impressive man, and his message was heartfelt and relevant, encouraging the Freshmen to embrace Uni life and get involved in the English Clubs. 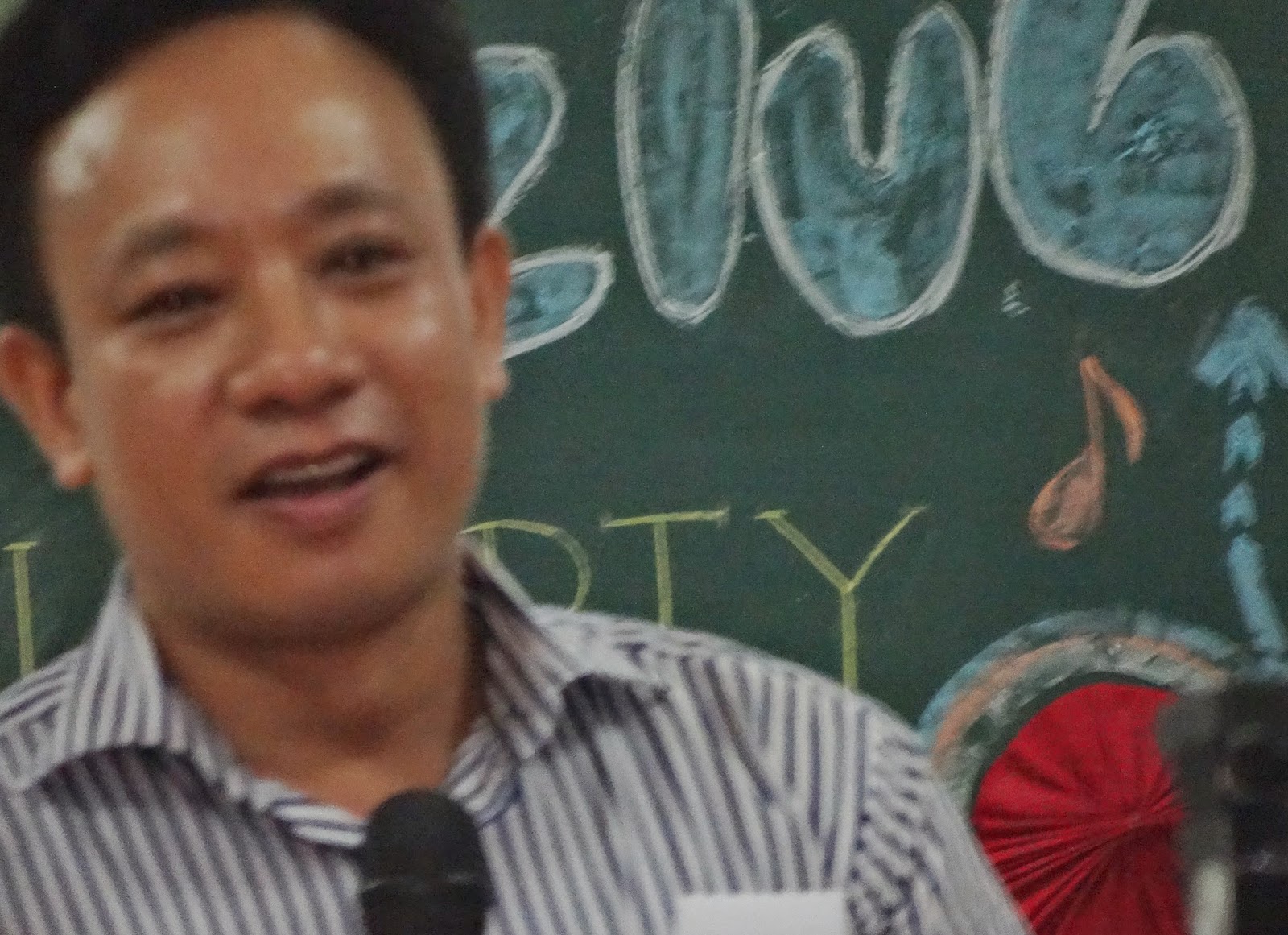 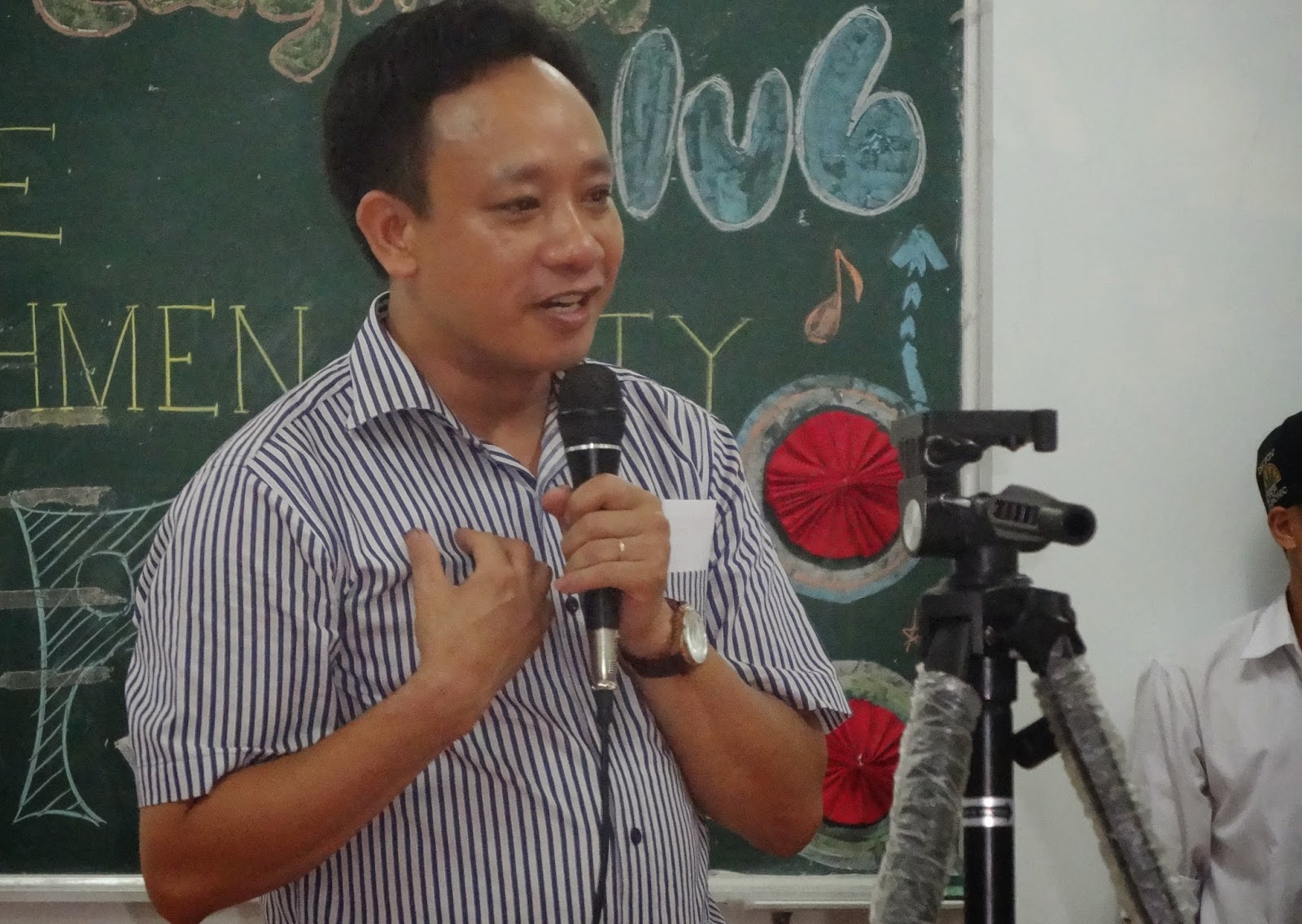 There is a different culture here when it comes to being in an audience. Whereas in Australia it is considered extremely rude to be talking when someone is speaking, it does not appear to be the case here. Very few people seem to pay attention to what's going on up front, and I was disappointed for the students that most of them missed what he was saying. The chatter didn't even abate when he switched to Vietnamese.


The next group of dancers was a pleasant surprise...Khang and Đạt and some friends. Their routine was sharp and tight...better than last year, and Khang has been away on board for months this year. 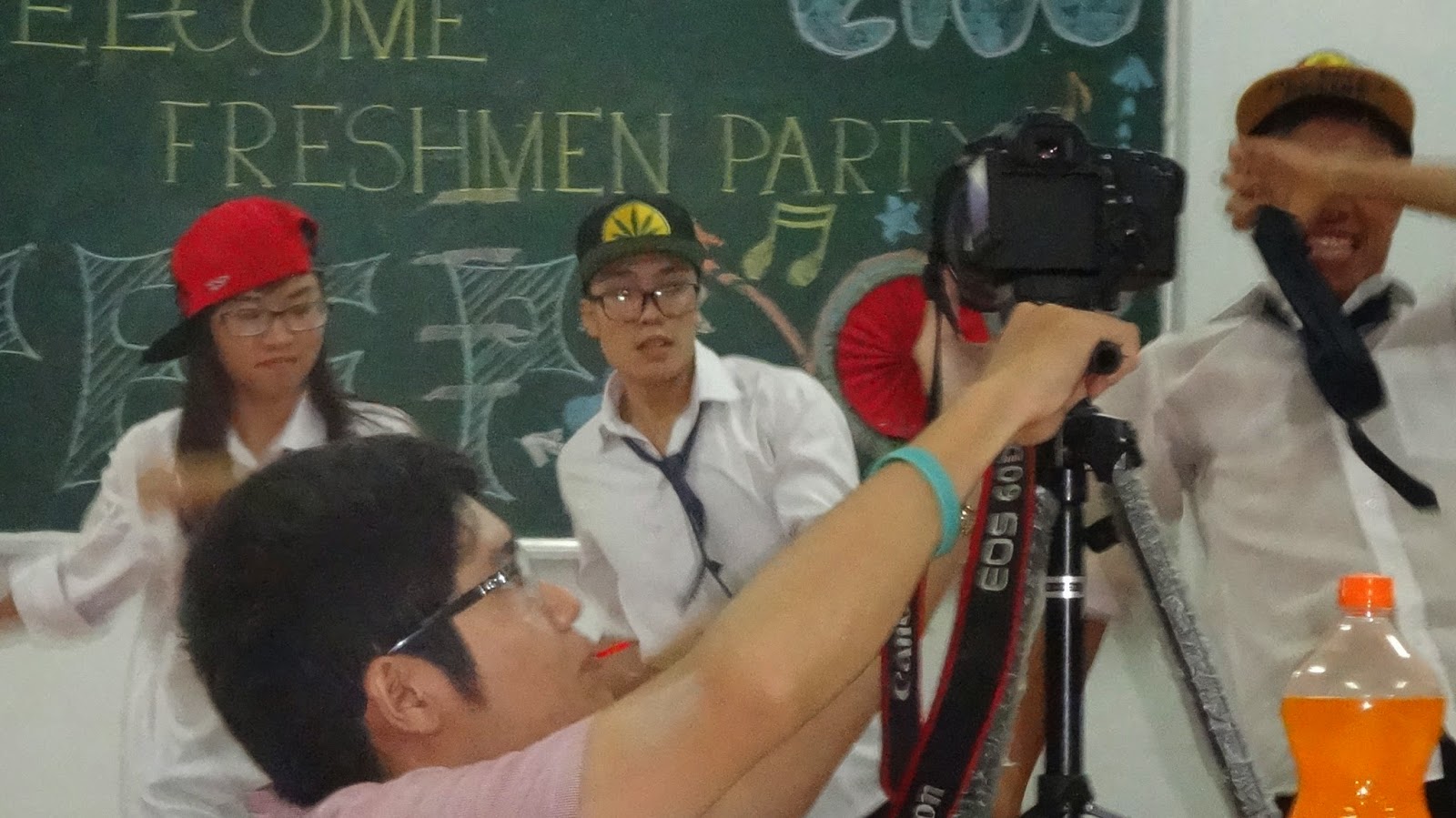 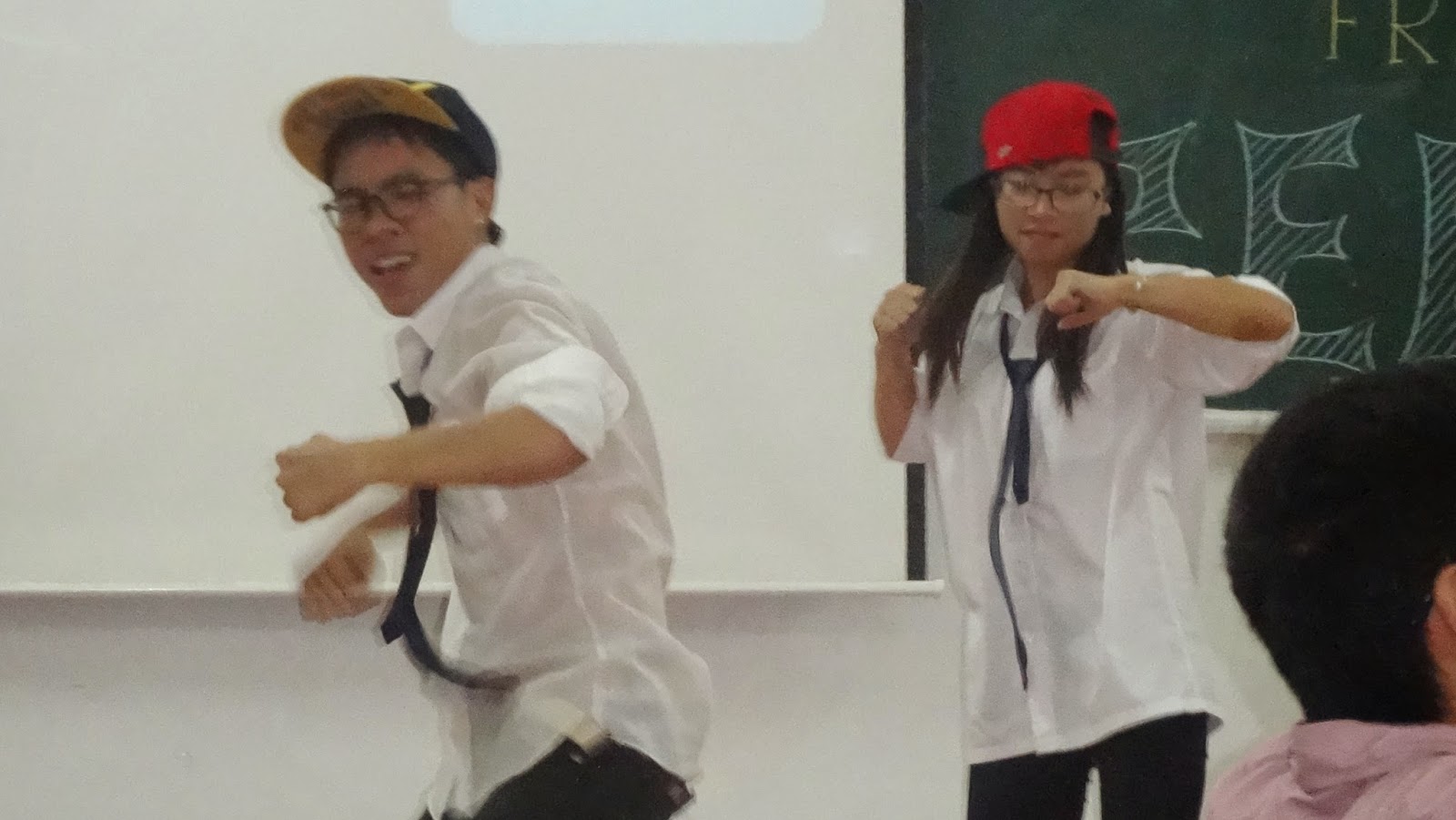 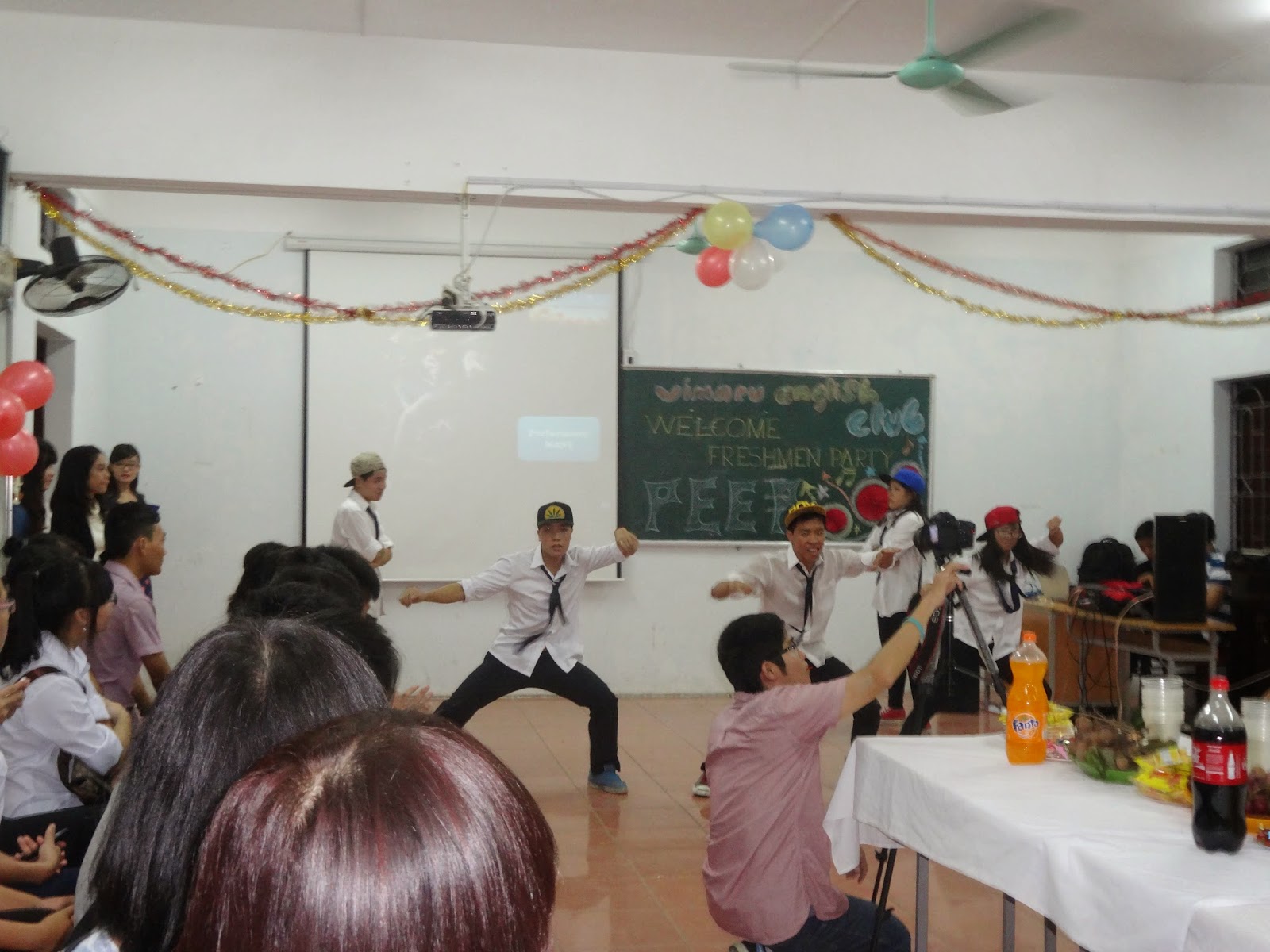 Dinh Nhu Sang is a highly skilled and very popular bamboo flute player. No-one was talking while he was playing....interesting! 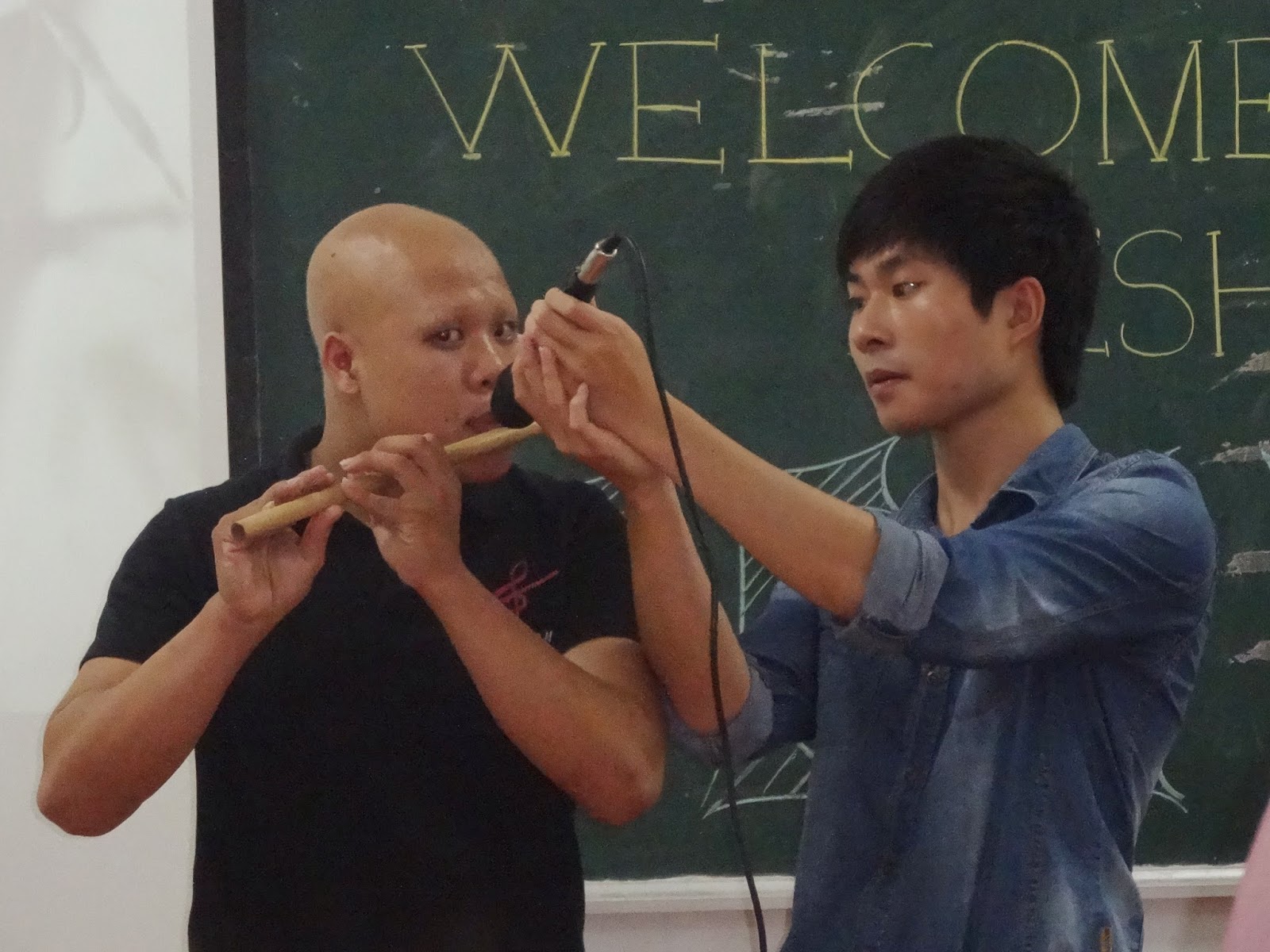 By then, the official guests had left, so Graham and I got to sit in their seats, which gave us a much better view 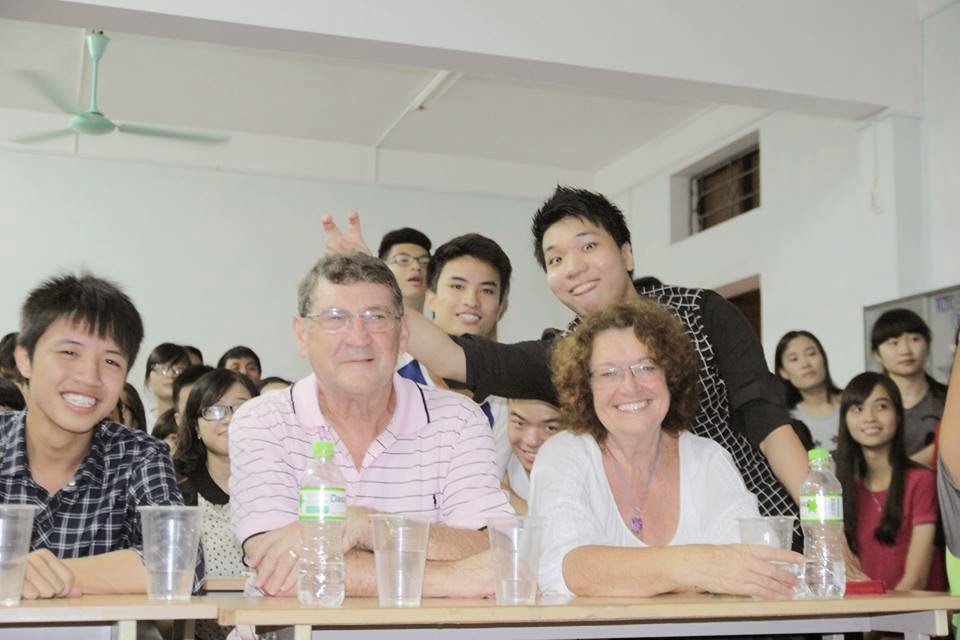 Then a high-energy, flamboyant dance group came on and really vamped up "Sexy Lady". 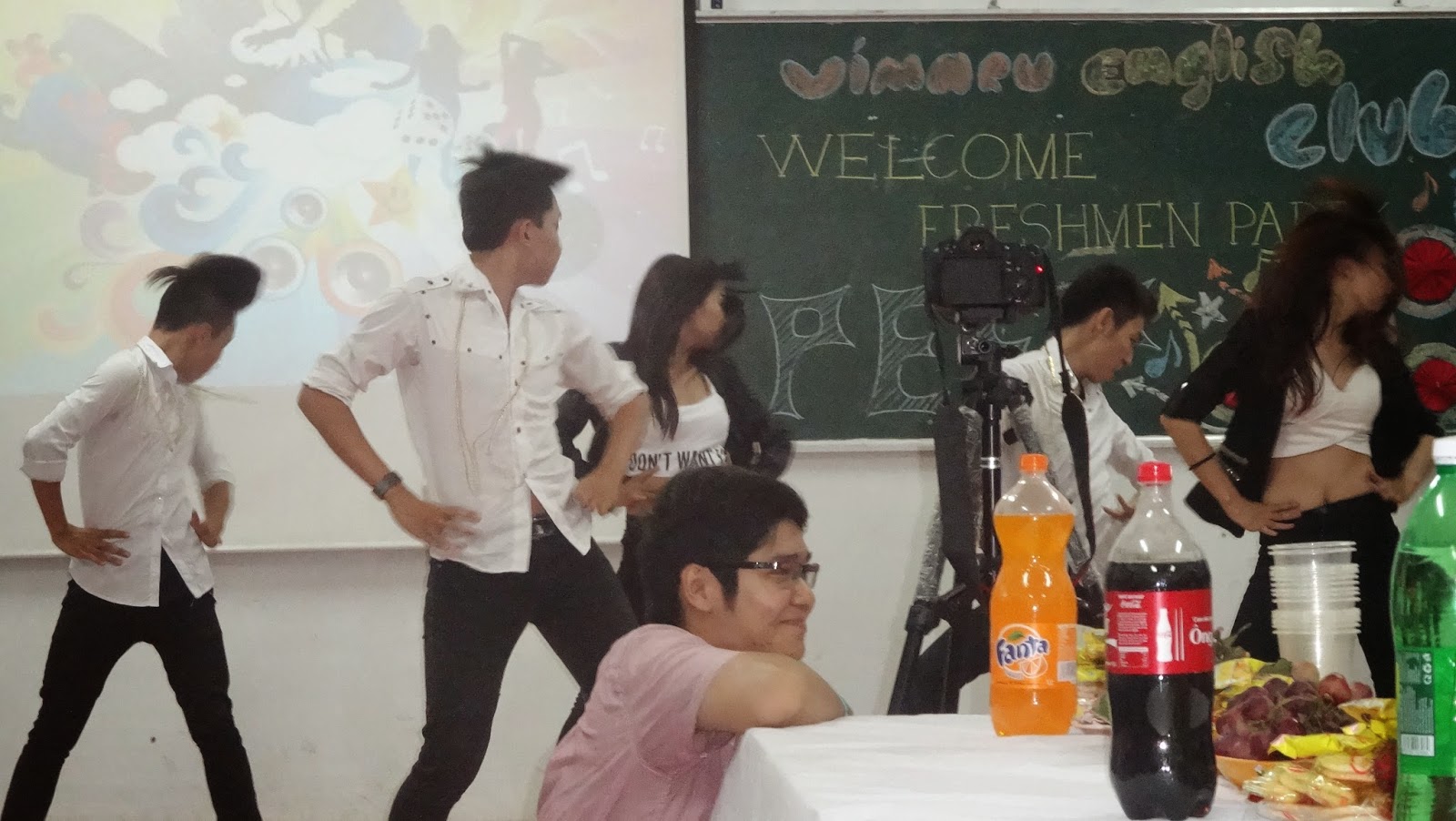 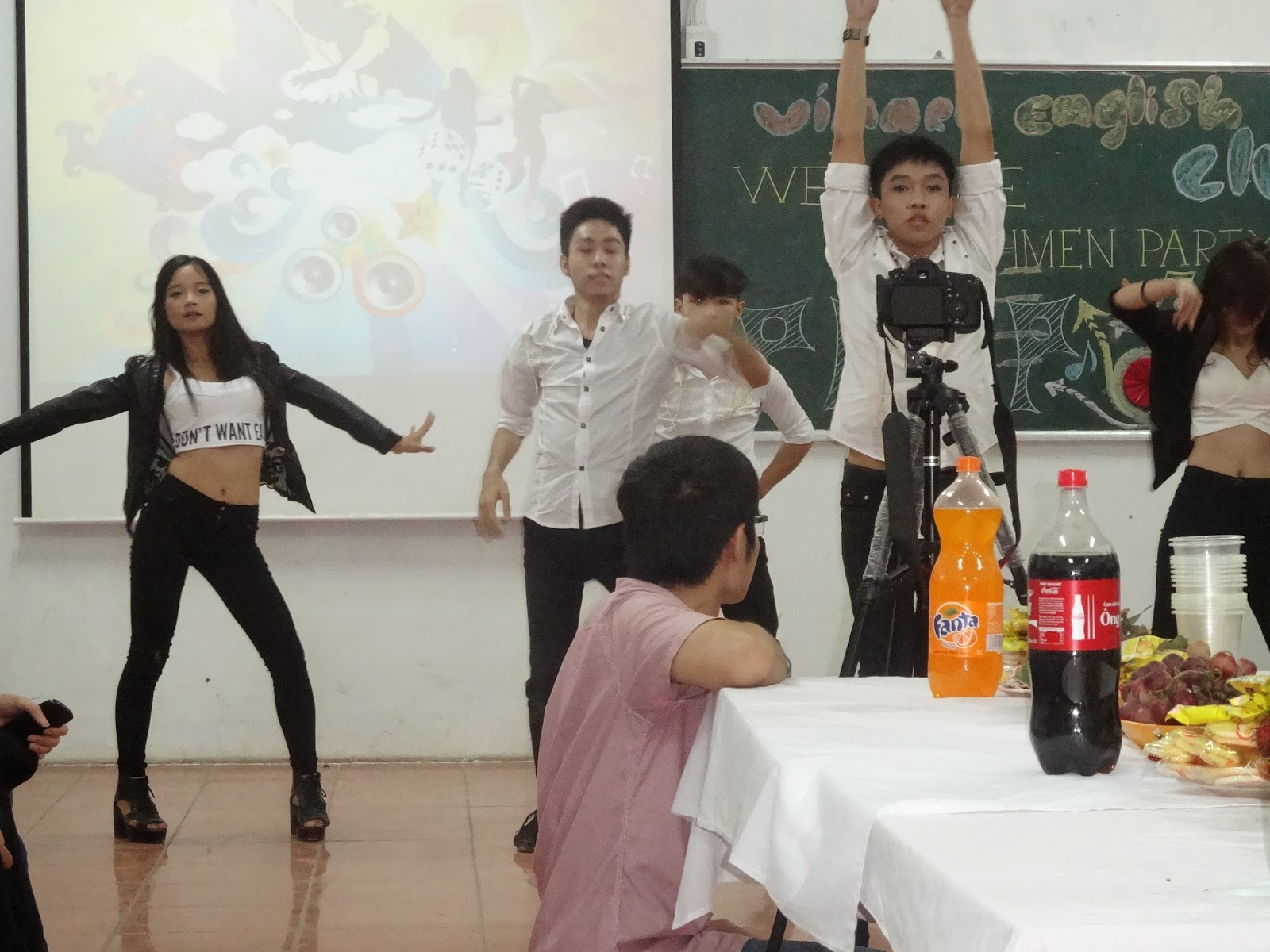 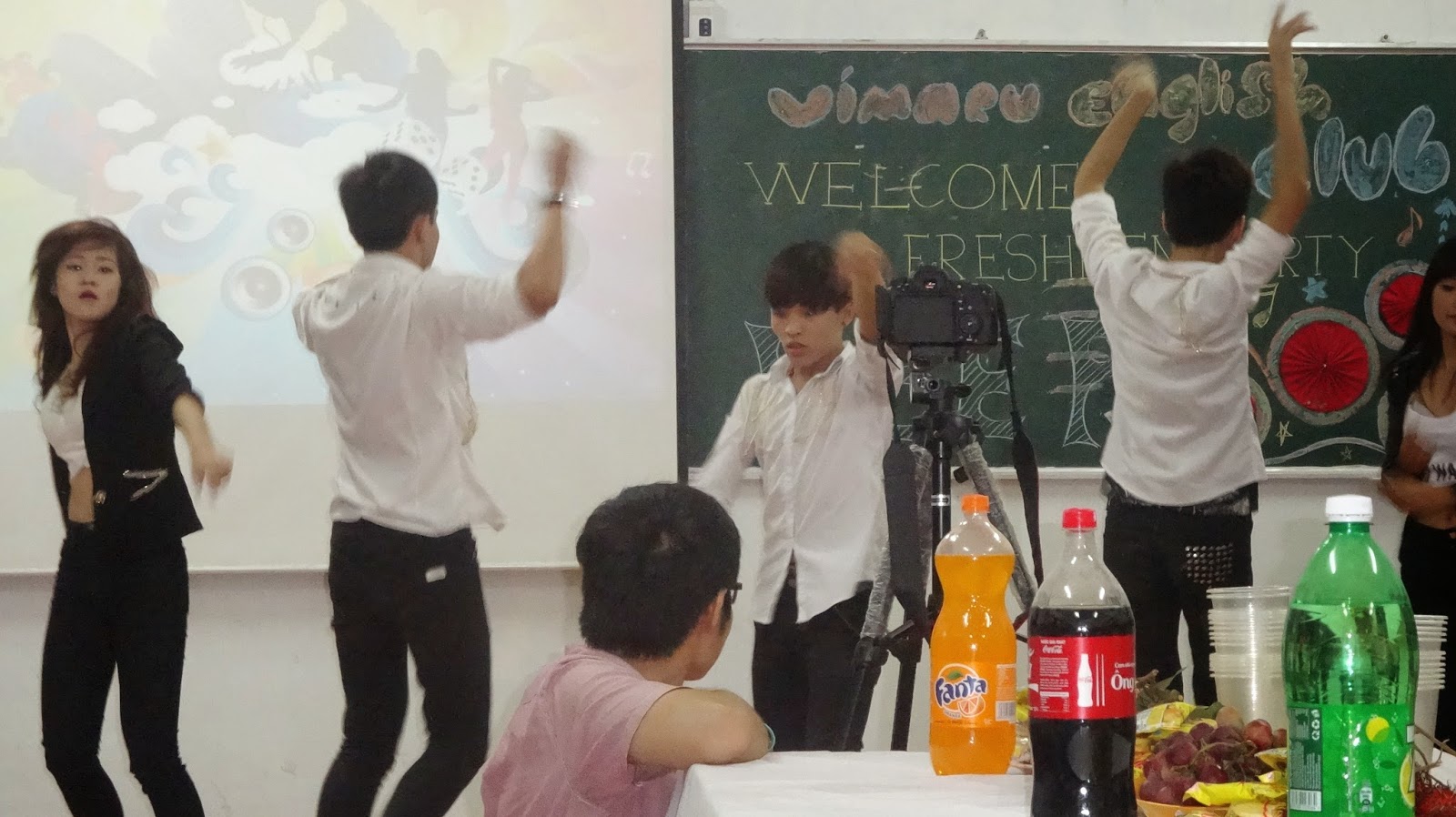 They were highly entertaining. About half way through their routine I realised one of the dancers was Việt, a talented young man Katie and I met last year when he danced at the bonfire night at Đồ Sơn!

At the end of the night, many photos were taken, as usual...but not on my camera!  So I'll have to wait for someone to post a group photo on Facebook.