This morning I had the pleasure of Skyping Rocky in California. She and her friend Sonya have just signed up with Isagenix so we had lots to talk about! While I was talking to them Josie arrived. She is still teaching at VAIE, but since her contract is finished, she's considering doing some travelling and moving on. It was lovely to see her and catch up on how she's been doing.

Then I had lunch with Jutta. Hiếu picked me up and we met Jutta and her son, Benjamin, and Tiến and Lý at a vegetarian restaurant near where Jutta now lives. 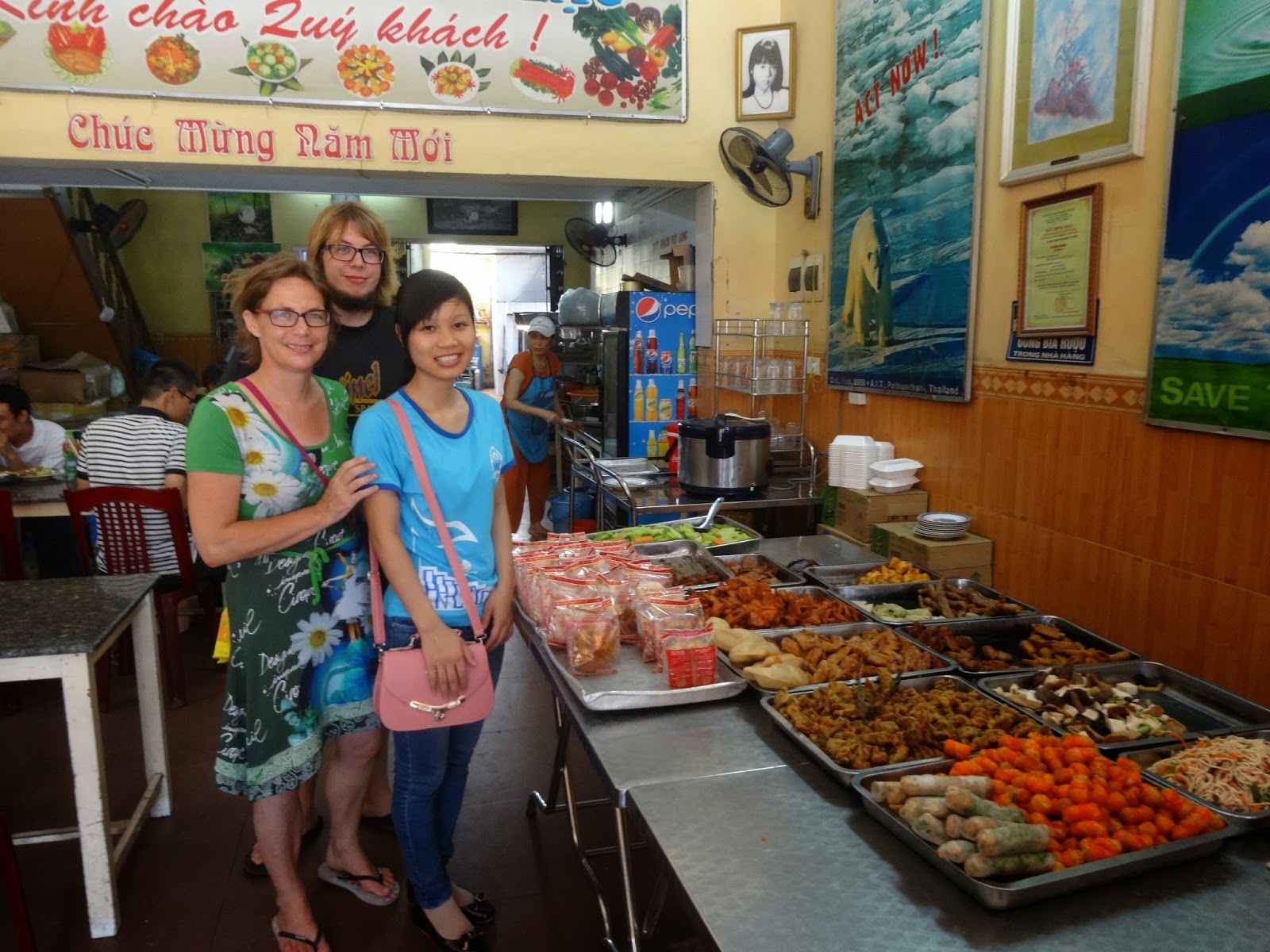 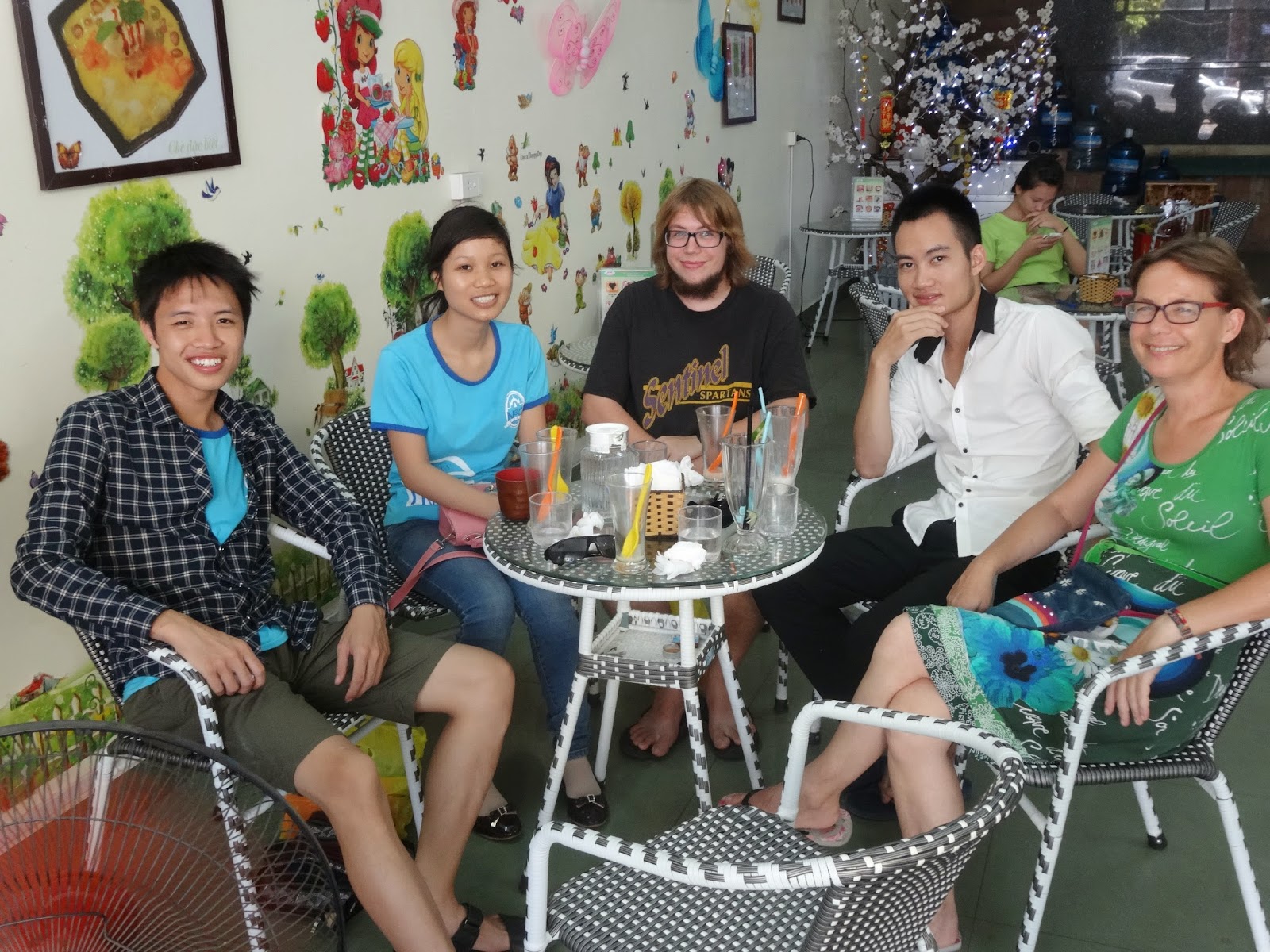 After lunch we continued the conversation over yoghurt drinks and fruit juices in another cafe. Benjamin is here for a few months. In Germany, he is studying archaeology...fascinating!

On behalf of NPCEC, Tiến and Lý gave us Moon Cakes and an official T-Shirt. It's a large, but as you can imagine, quite a snug fit. Hope I can wear it by Teachers' Day  !  LOL

In the evening, Hà came by to pick me up with Hoàng. We went to Cafe Wonder on Lach Tray where we met Hà's boyfriend, Thinh, and later HaiAnh and Van 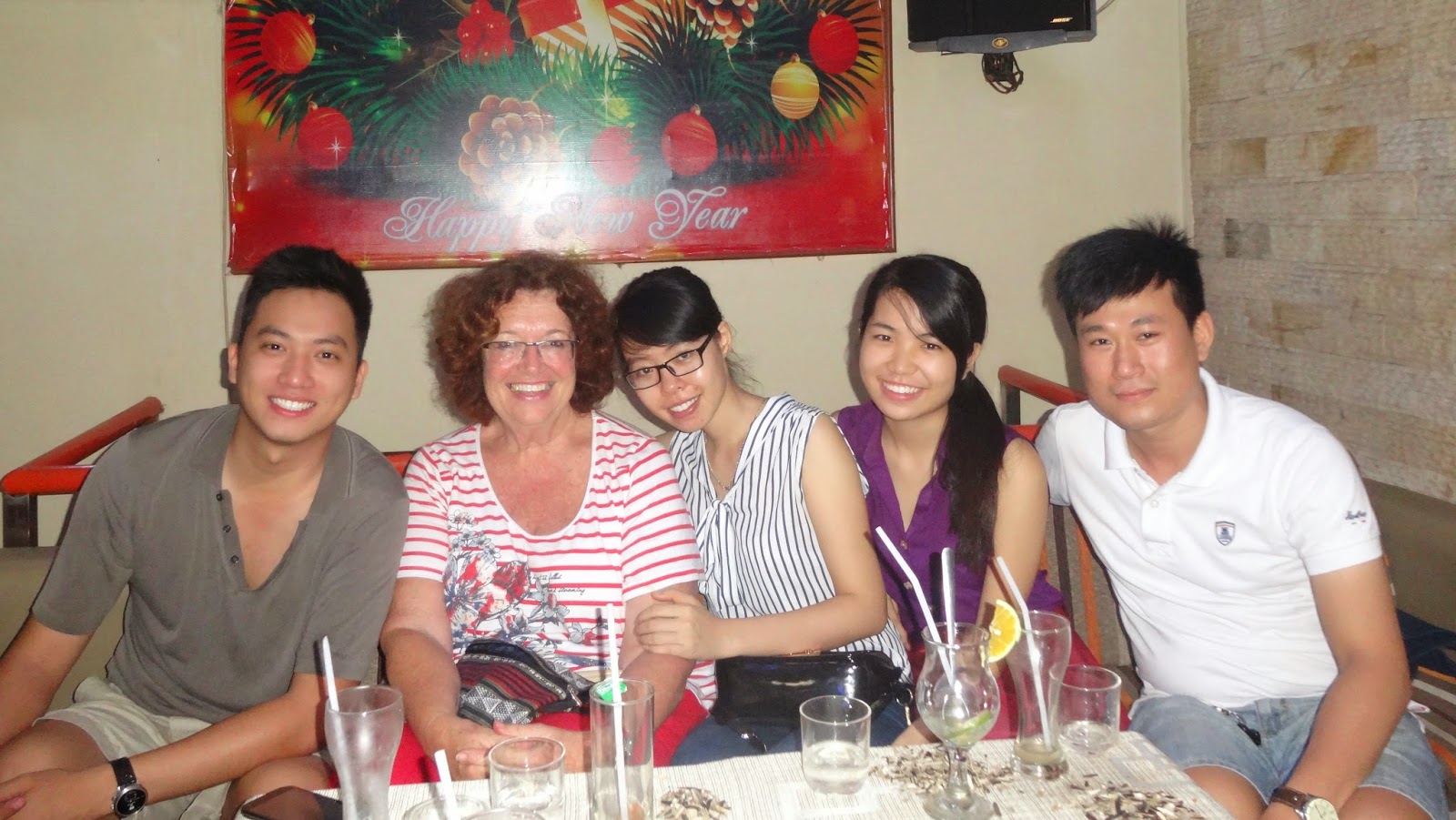 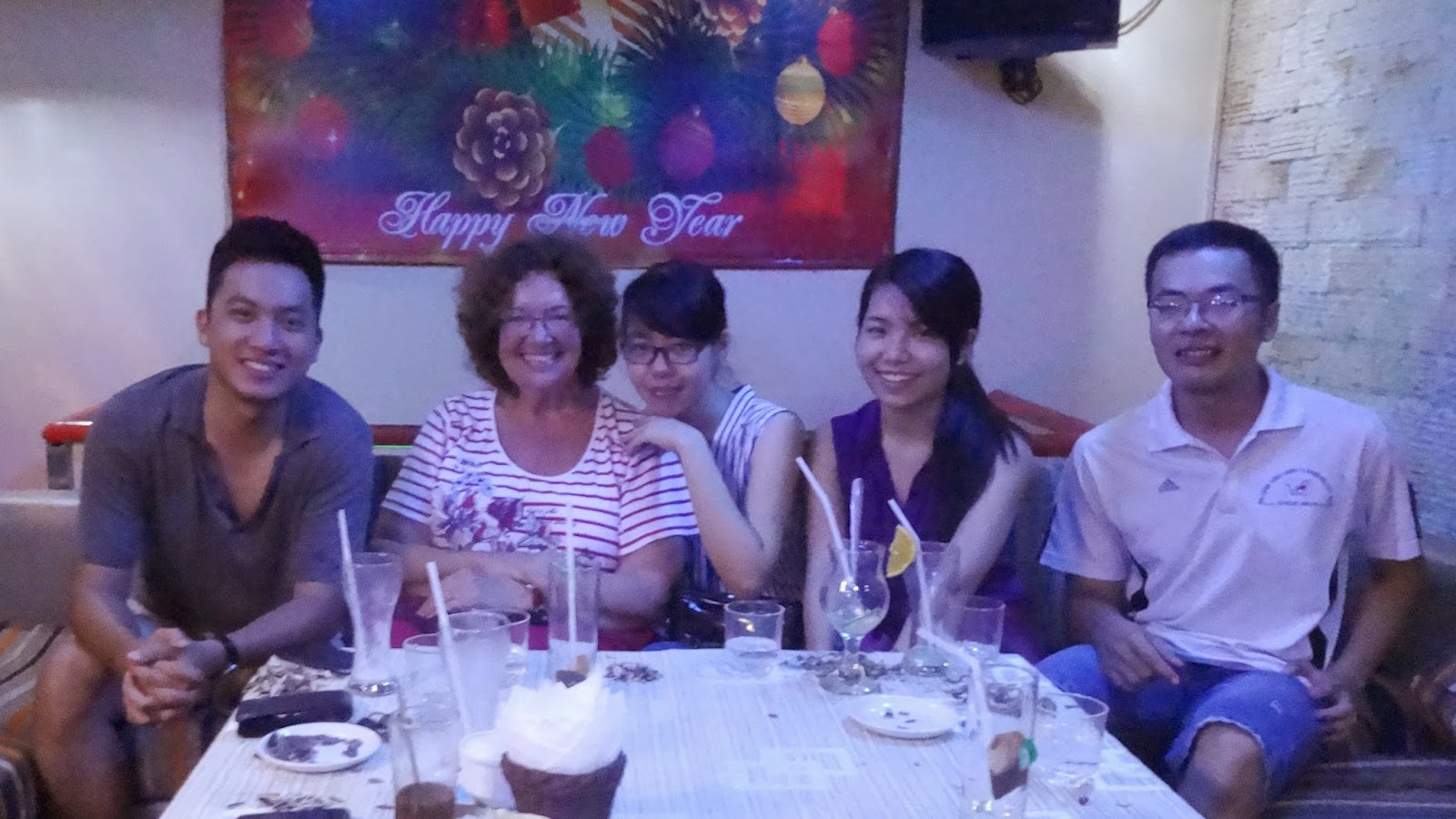 I met these friends the first year I came to Hải Phòng and they have all gone on to good jobs and solid careers...much to catch up on once again! 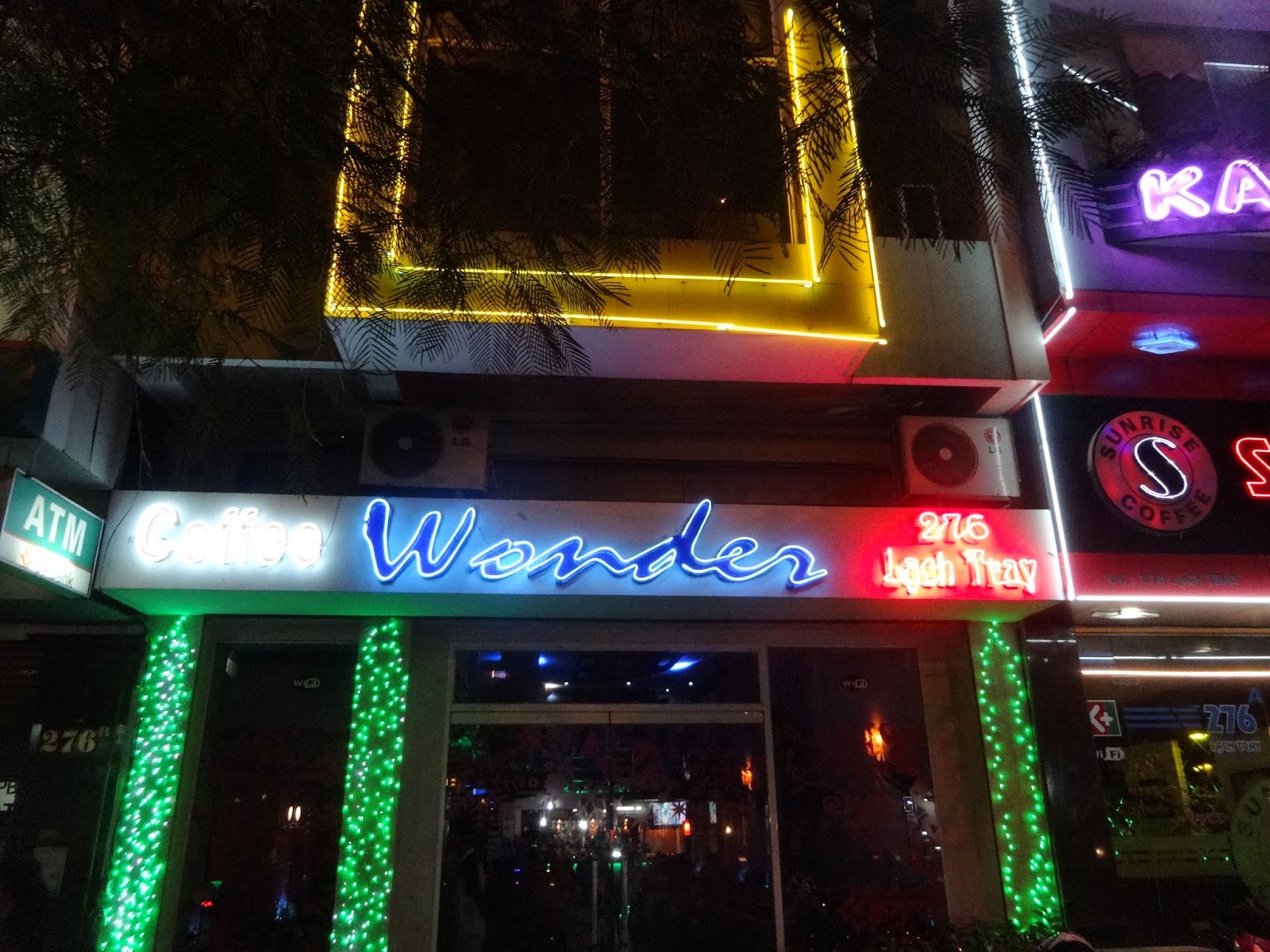