After a day being tourists, at about 4pm we gratefully headed for Dũng's workplace - The Green Gecko Restaurant - to kick back and relax while Katie had a cooking lesson from the chef!! 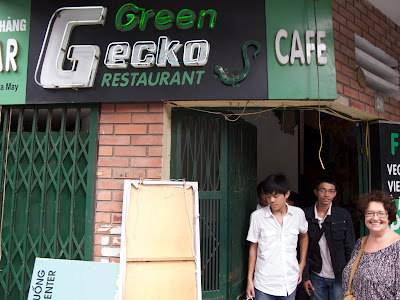 We made our way straight up to the rooftop terrce and made ourselves comfortable - I just love the wall murals in this restaurant ... even here on the roof! 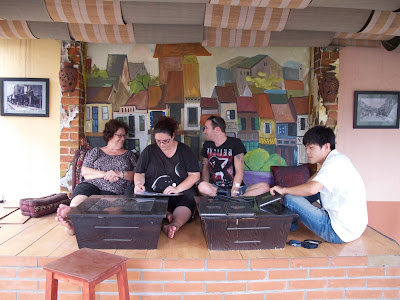 There are bar stools set up all around the railing ... perfect for watching the passing parade down below... 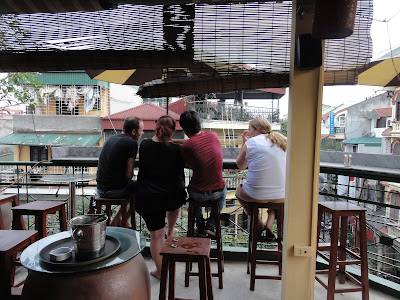 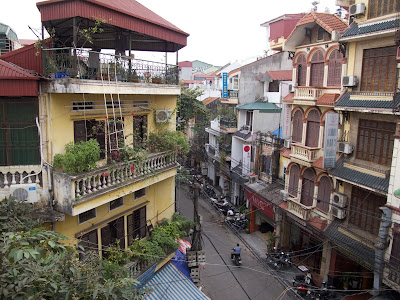 Since it was late afternoon there weren't yet many people around, but as the evening rolled on it became very busy down in the street.   After a while, Katie was invited down to the kitchen to cook our dinner!  Dũng had told us he would line up the chef (a KOTO graduate) to teach her, but Katie was pleasantly surprised when Hà, the owner, arrived and took over the lesson. 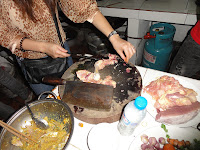 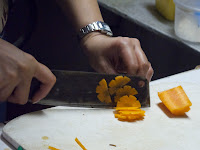 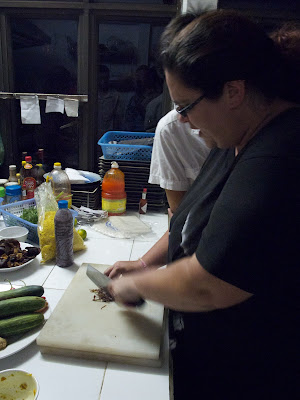 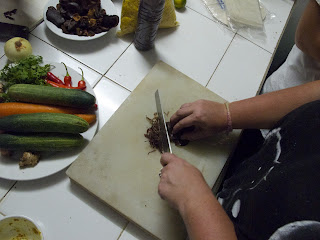 They were so surprised at Katie's skill with a knife they dubbed her "The Iron Chef" ... much to her delight. 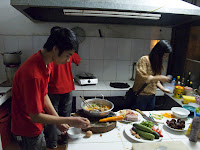 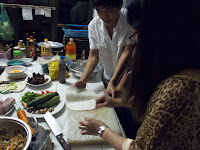 Meanwhile, upstairs a case of Hanoi Beer was being steadily demolished. 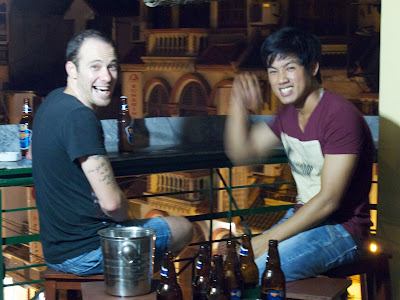 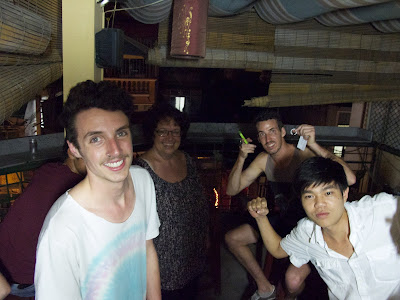 Then before dinner, Nathan and Cal arrived!  Of course, they joined our party with gusto! 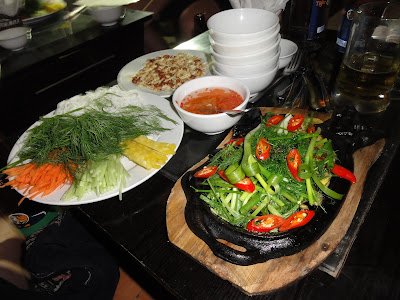 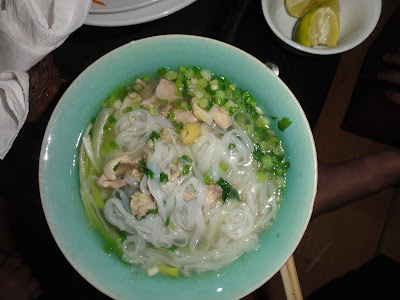 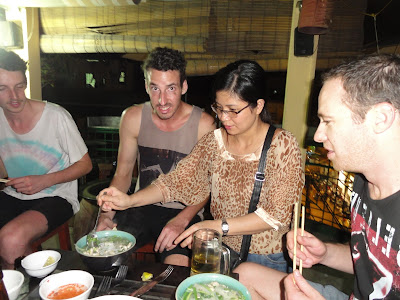 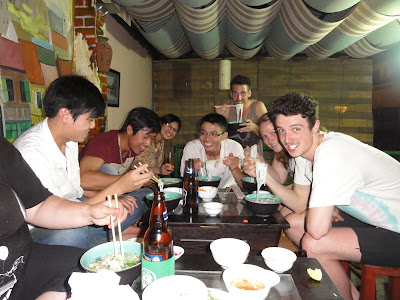 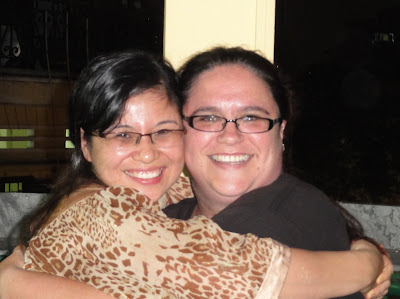 Our chefs!   Next year Katie will come back and do it again! 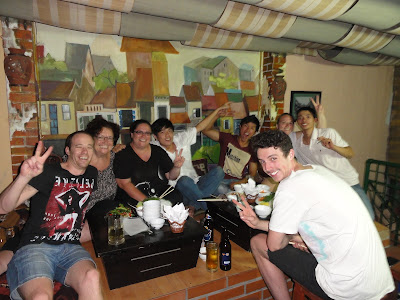 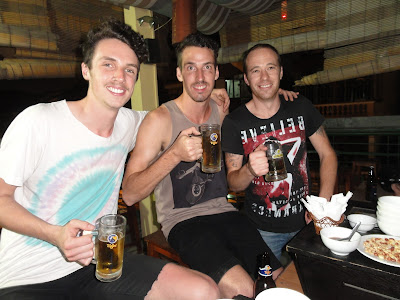 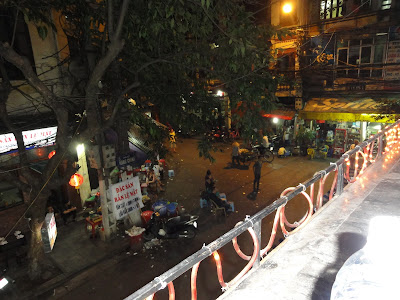 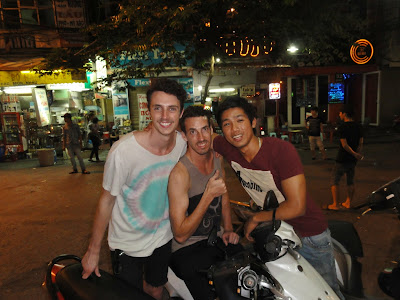 The night traffic was thinning by the time we left at 10.30pm. Nathan bought Dũng's bike, so they now had 2 bikes and were very happy - off to explore this part of the world tomorrow...

We walked back to the hotel and settled in for the a good night's sleep... then at about midnight I got a text from Khánh to say Nathan had contacted him from a police station!!!  The Aussie boys had gone off looking for live music after we left the Green Gecko but didn't leave the club they found right on closing because they were chatting to the owner. By the time they went back to where they had parked their bikes the police were there, loading them onto a truck!  Nathan tried to  talk to them but was told the bikes had been left in the wrong place and they would have to come to the police station in the morning to get them back (and presumably to pay a fine...)  But Nathan and Cal jumped in the back of the truck with their bikes, refusing to leave them.  That's when they sent a message to Khánh. At that stage their best defence was that they were ignorant tourists who couldn't speak Vietnamese, so it was best if Khánh didn't turn up as their interpreter.  While Khánh and I were discussing what was the best course of action, there was another message to say that the police had given them back their bikes and they were safely back at their hotel... with another story to add to their memoirs!   ...   my goodness, bed was good by then!