Nathan and Callan from Coffs!

A pleasant surprise - Nathan de Kindren and his mate Callan Scott from Coffs Harbour were passing through on a back-packing trip of SE Asia and they did a whistle stop in Hải Phòng. They arrived at about 2pm while I was teaching (Sunday) so Khánh and his mate, Huy, met them and looked after them for me. They went to Bonalee and Abel's home church. What a small world... Nathan has been a missionary in the Philippines and here in Hải Phòng he got to fellowship with Philippino missionaries!!
After I finished teaching I walked home via the market and bought some fruit and eggs etc. and the boys got home shortly after I did.  We walked around the corner to our local Phở restaurant and had dinner, then Khánh, Maarten, Huy and Callan rode to VIMARU to play soccer and Nathan and I walked. It was a mild night, but a bit drizzly.  Still, the game was in full swing by the time Nathan and I got there, so he stripped off his shirt to join the 'skins' team.  The three white boys were very tall and enthusiastic, but the other team of local lads won the night. 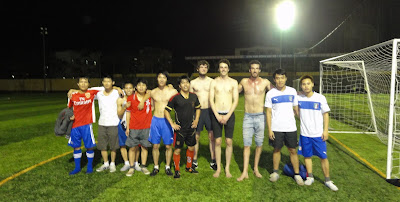 After the football Nathan and Callan were keen to go somewhere for live music... not an easy thing to find in HP, especially on a Sunday night, but there's a cafe near my house where they have live music on Saturday and Sunday nights, so we went there, but we didn't arrive till nearly 10pm and the live session was just finishing.  This is Nathan, Huy, Callan and Khánh... 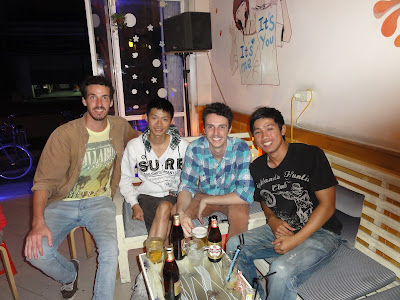 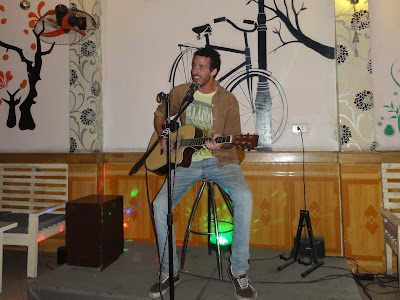 But no worries! We had our own muso with us, so with a little persuasion Nathan took up the guitar and entertained us with a few songs - excellent. The locals were very appreciative.  After a drink or two we made our way home ... another busy, eventful day!

Determined to taste everything on offer, both the Aussies got up at 5.30am to join me and my walking buddies for our daily exercise.  With their very long legs I'm sure it didn't stress them much, but it was a marvellous opportunity to get to know Tuyền, Hà and Tiên. It was still dark when we began, so they got to see the sunrise... 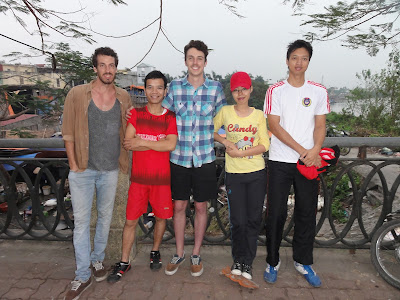 When we stopped to look down on the market near the bridge on the way back, the boys were fascinated with the whole process of selling and preparing ducks and chickens - from alive and kicking to plucked and ready for the pot in just a few minutes. 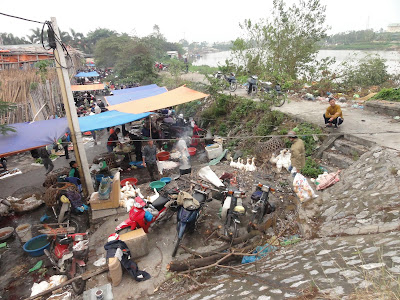 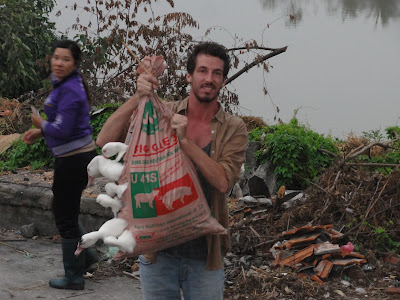 Nathan was particularly impressed with the way they transport ducks, so he climbed down to pick up a bag for a photo. The owner was quite concerned at first, thinking big Nathan was about to steal his ducks, but relaxed as soon as he saw my camera. 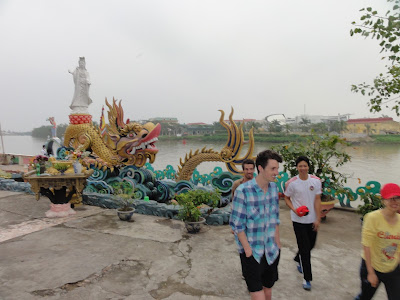 We took the long way home, walking along the dyke so the boys got to have a look at the neighbourhood... a beaut way to start the day ... although I must admit, Nathan and Callan went back to bed for another couple of hours sleep when we got back at 7am !  And I got ready for work and went off to teach my sailors for a couple of hours.

Later on, Khánh came over with Sáng, Trung Ho and Xuân and we went for a ride into the city centre for a look around and stopped off for my van than for lunch. 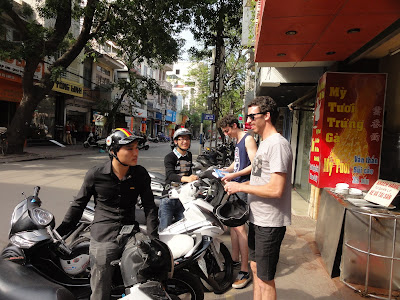 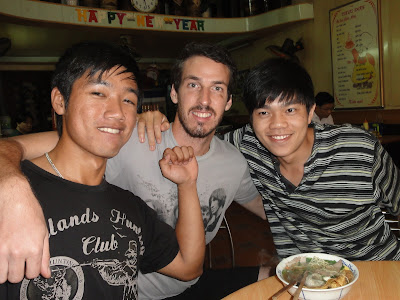 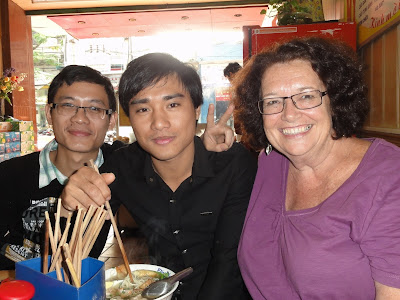 Then it was time for our Aussie adventurers to go on to Cát Bà Island to see Hạ Long Bay and explore the national park.  Like Nathan said - it was pretty amazing how many things they did in less than 24 hours in Hải Phòng.  Hey, welcome to my life!! 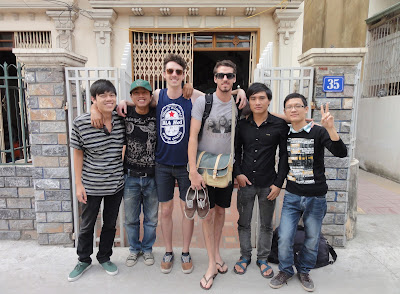 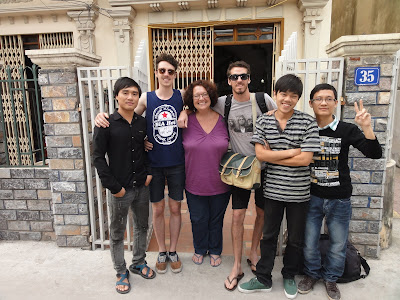 A couple more group photos and off they went to the wharf to catch the hydrofoil at 2pm. 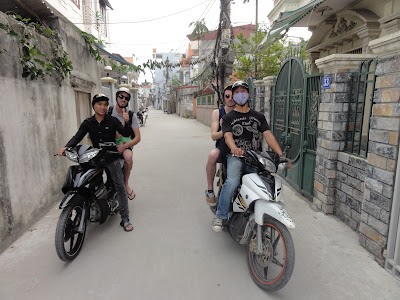 Now they want to buy a couple of bikes so they can ride through Việt Nam, Cambodia and Thailand before returning home for Christmas, so my boys will help them with that after they get back from Cát Bà.