With Mai in Saigon

With the three hour time difference, I woke ridiculously early...4:30am! But I was tired enough to doze till daylight. My phone and laptop had flat batteries, so at 7:30 I went down to reception to ask them where I should go for an adapter and where to buy a phone card. They didn't speak English, so I was going through my pantomime when Mai arrived!  She soon had us all sorted and then took me for breakfast... Bún Bò Huế 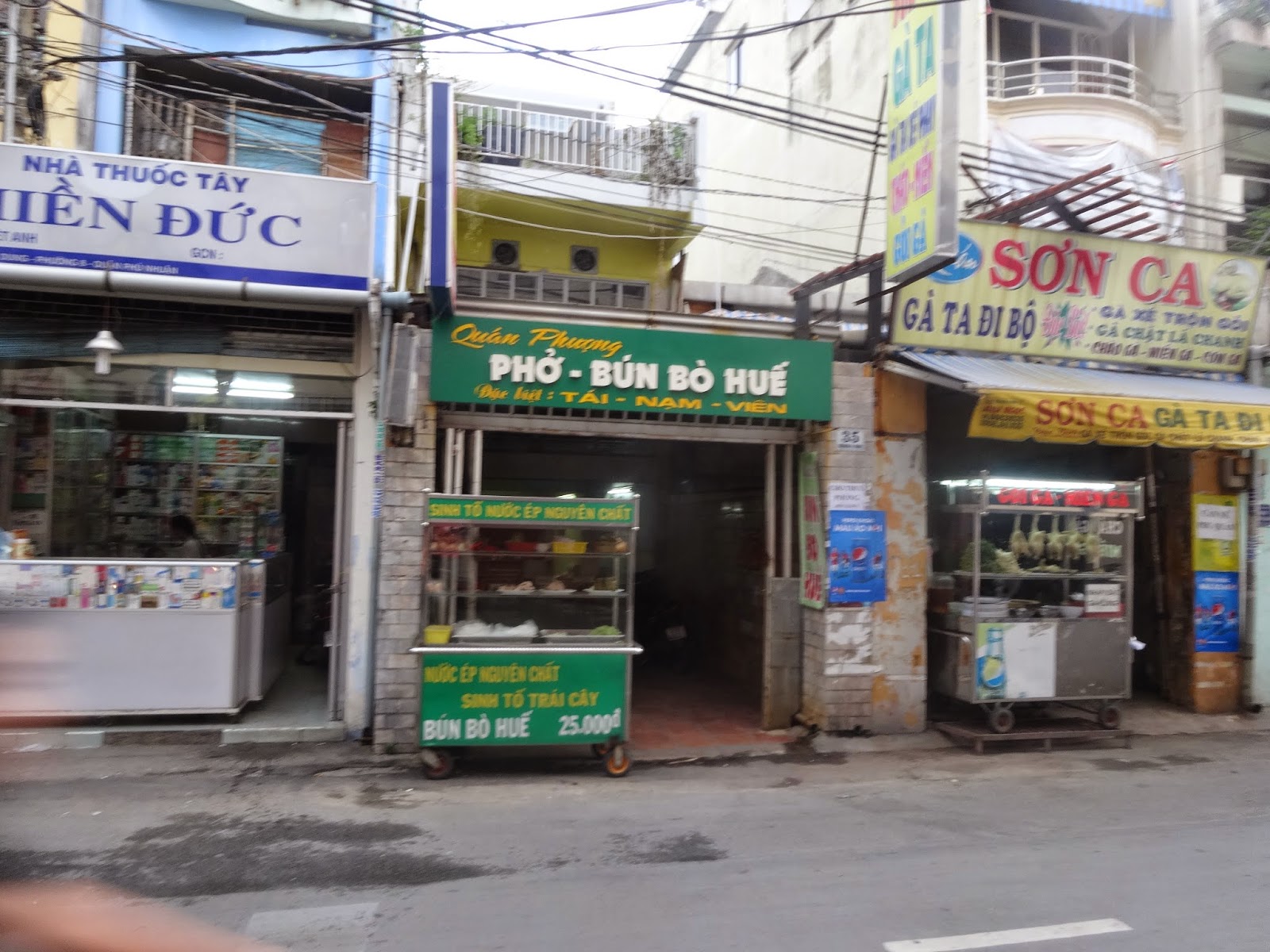 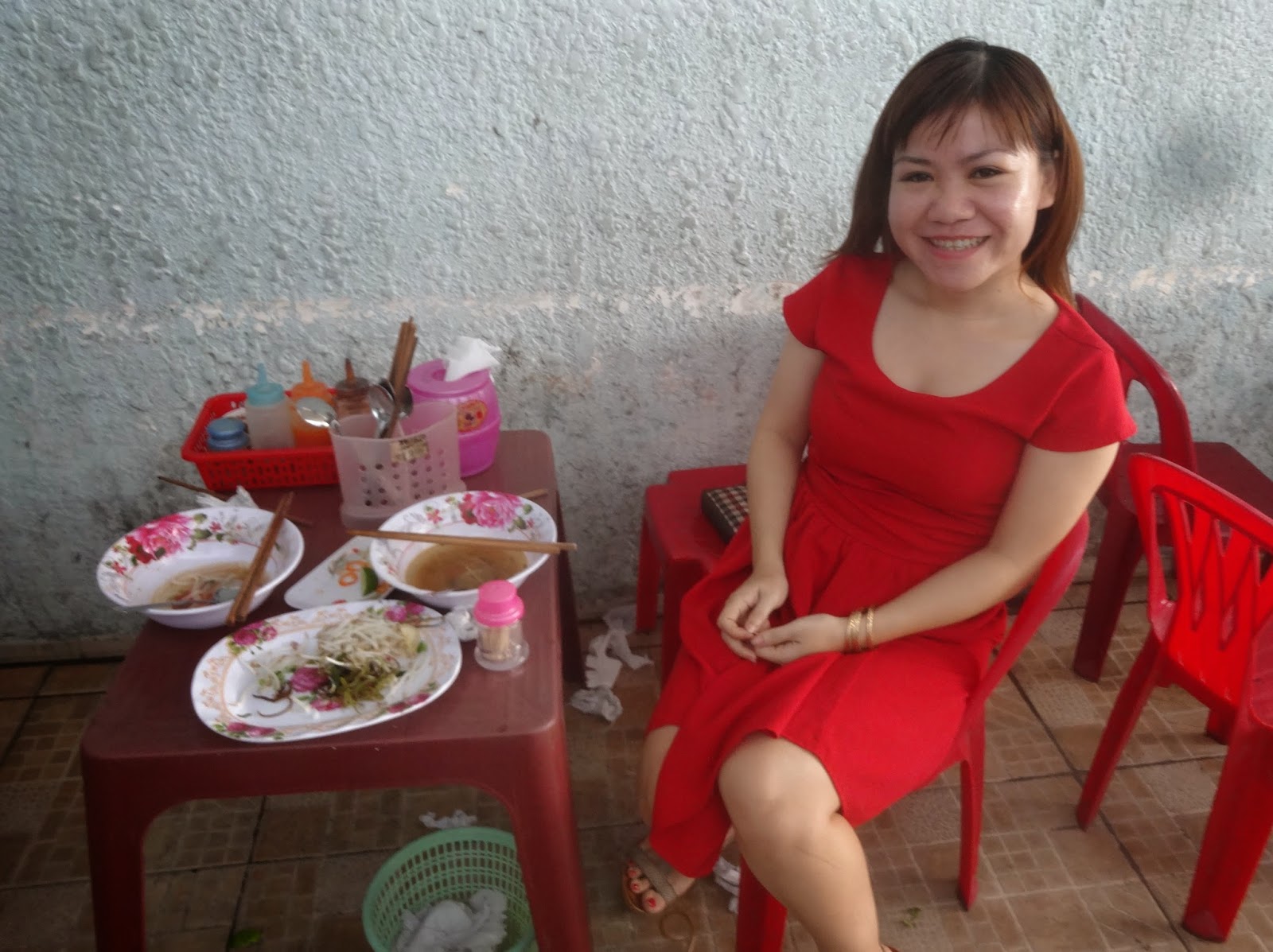 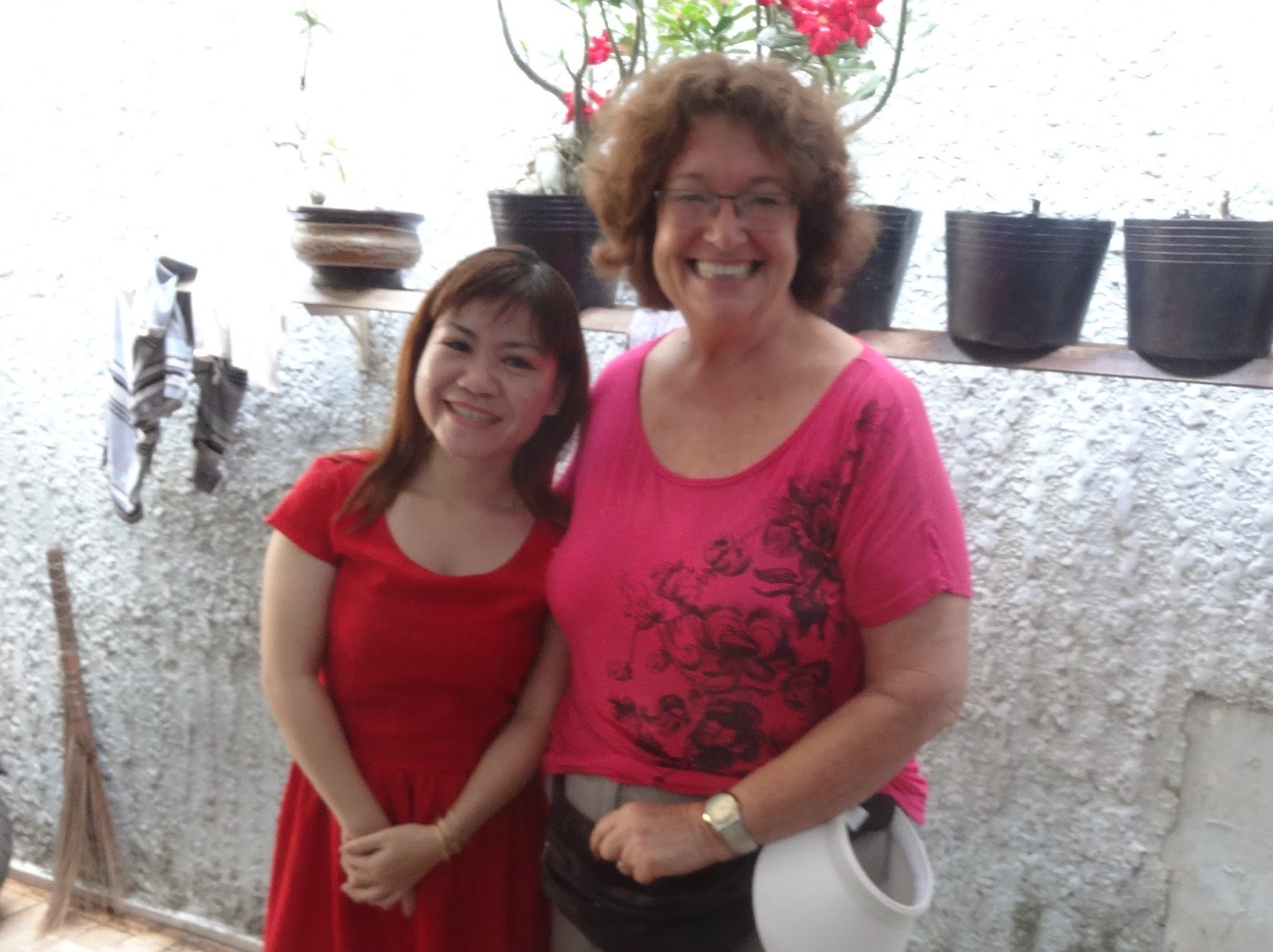 She is working a few doors down from the hotel, so we dropped in to her company to say hello to her co-workers, then back to my room to catch up on two year's worth of news...what we are doing now, our dreams and aspirations. Of course, I told her all about my Isagenix business too....

I went back to the hotel to begin to skype Katie and contact friends in Hải Phòng and on facebook. My appointments in Hà Nội for Thursday and Friday have been cancelled since I am a week later than expected, so I thought I would try to change my flight tomorrow direct to Hải Phòng. I took a taxi to a Vietnam Airlines office, but it turned out to be very complicated because the flight to Hà Nội is embedded in my international itinerary, and would have cost more that a taxi fare from Hà Nội to Hải Phòng. So I decided I would settle for that extravagance instead.  I took these photos along the way. 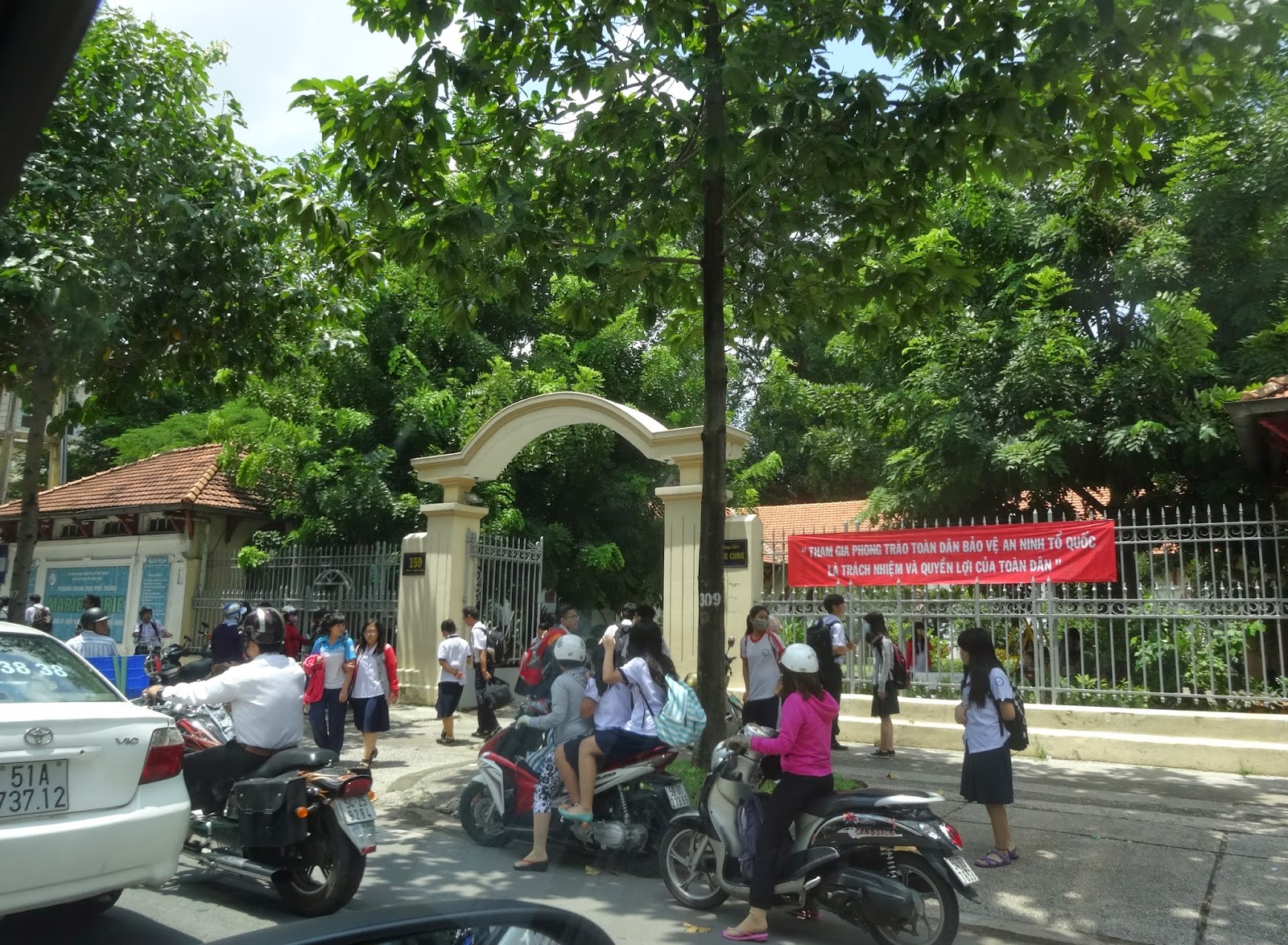 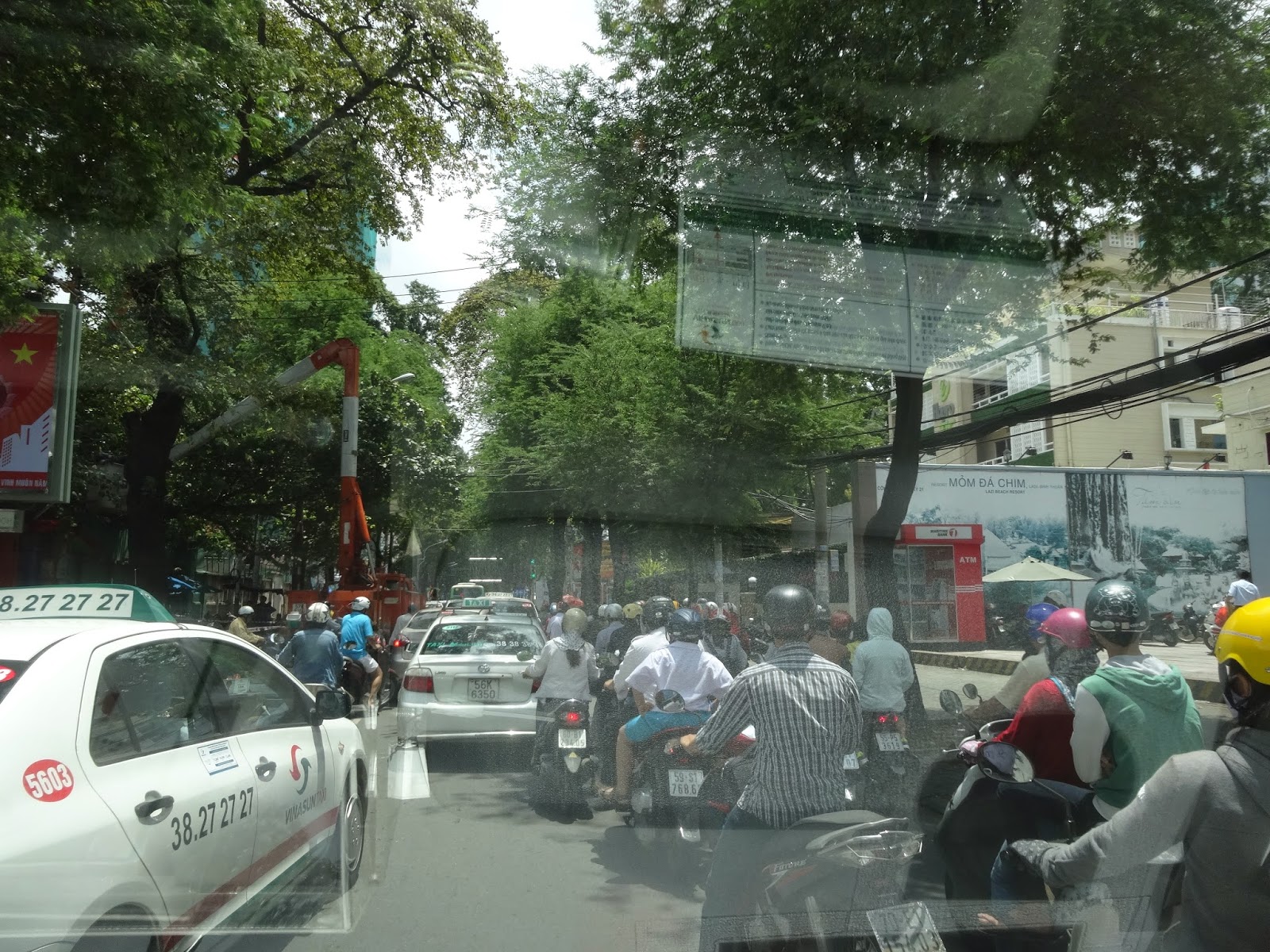 I joined Mai for lunch at the canteen next to her office and she went back to work and I headed back to my room for more skyping and facebook. I watched a replay of Peta Kelly's presentation at the Isagenix Conference in San Diego. She's a remarkable young Aussie - we're all very proud of her. I plan to be at next year's US Conference...

By 4pm my stomach was telling me it was time for dinner, so I went for a walk to check out the neighbourhood. 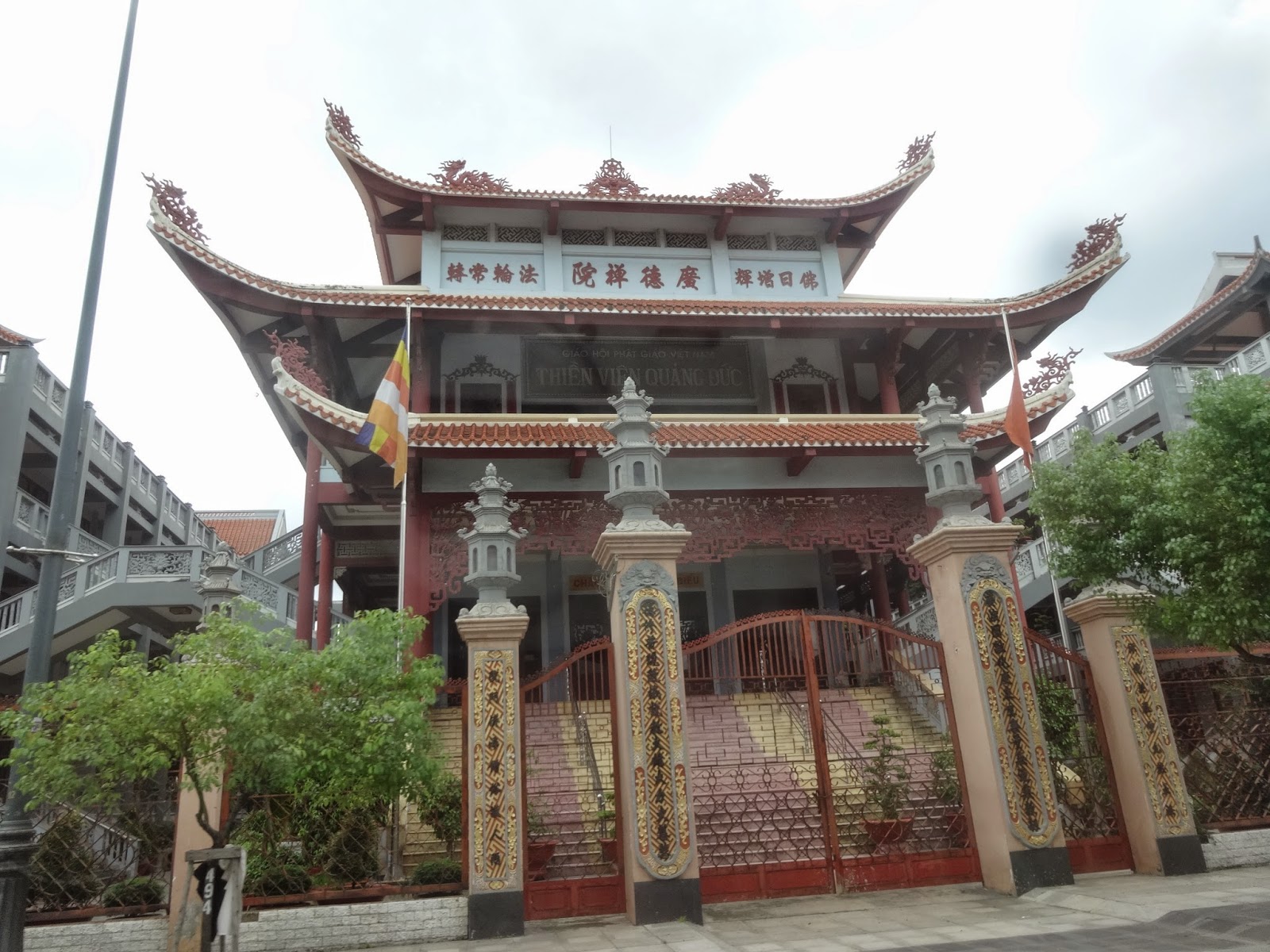 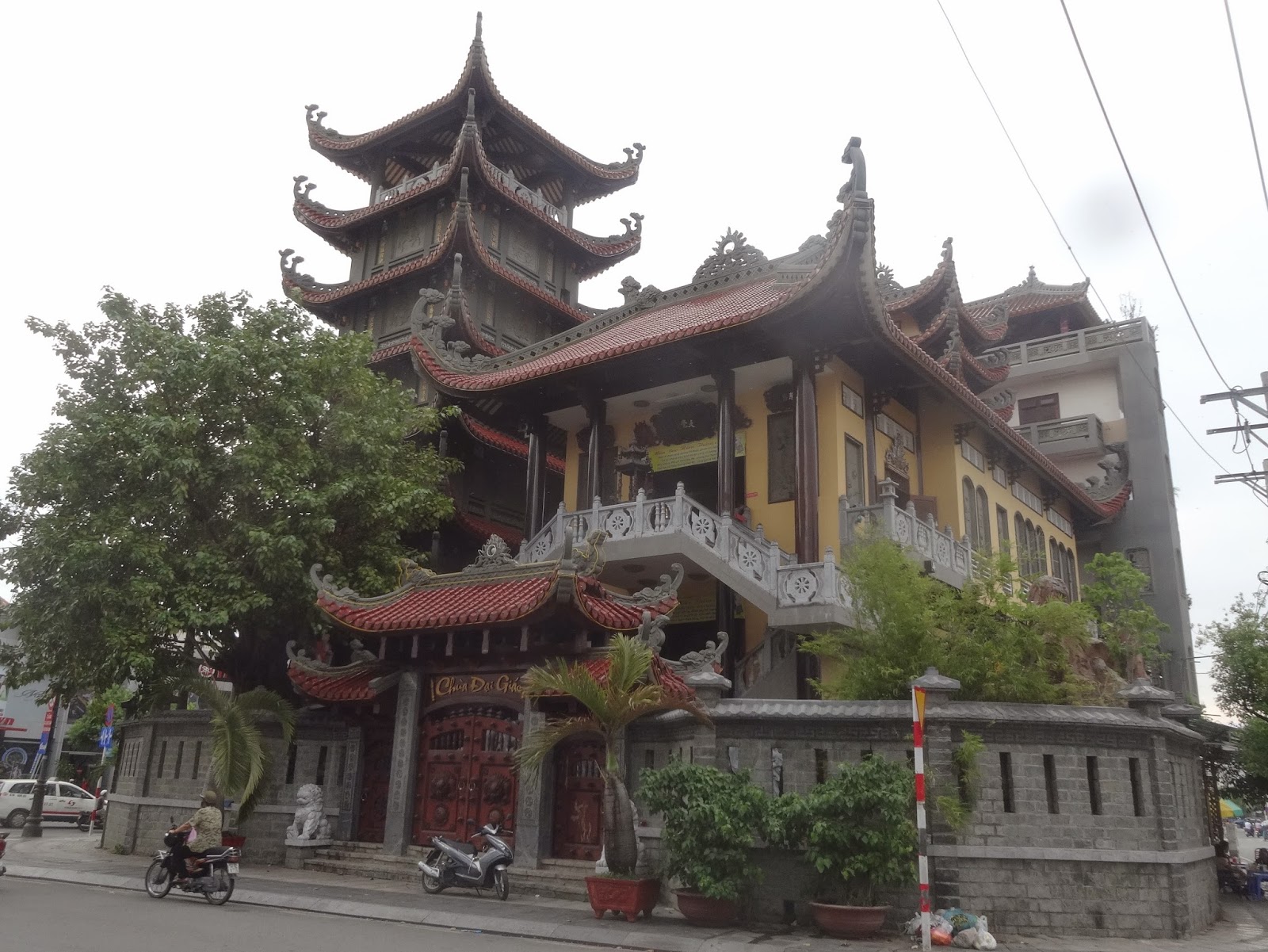 There are no foreigners around in this district..perhaps that's why this lady assumed she could rip me off... 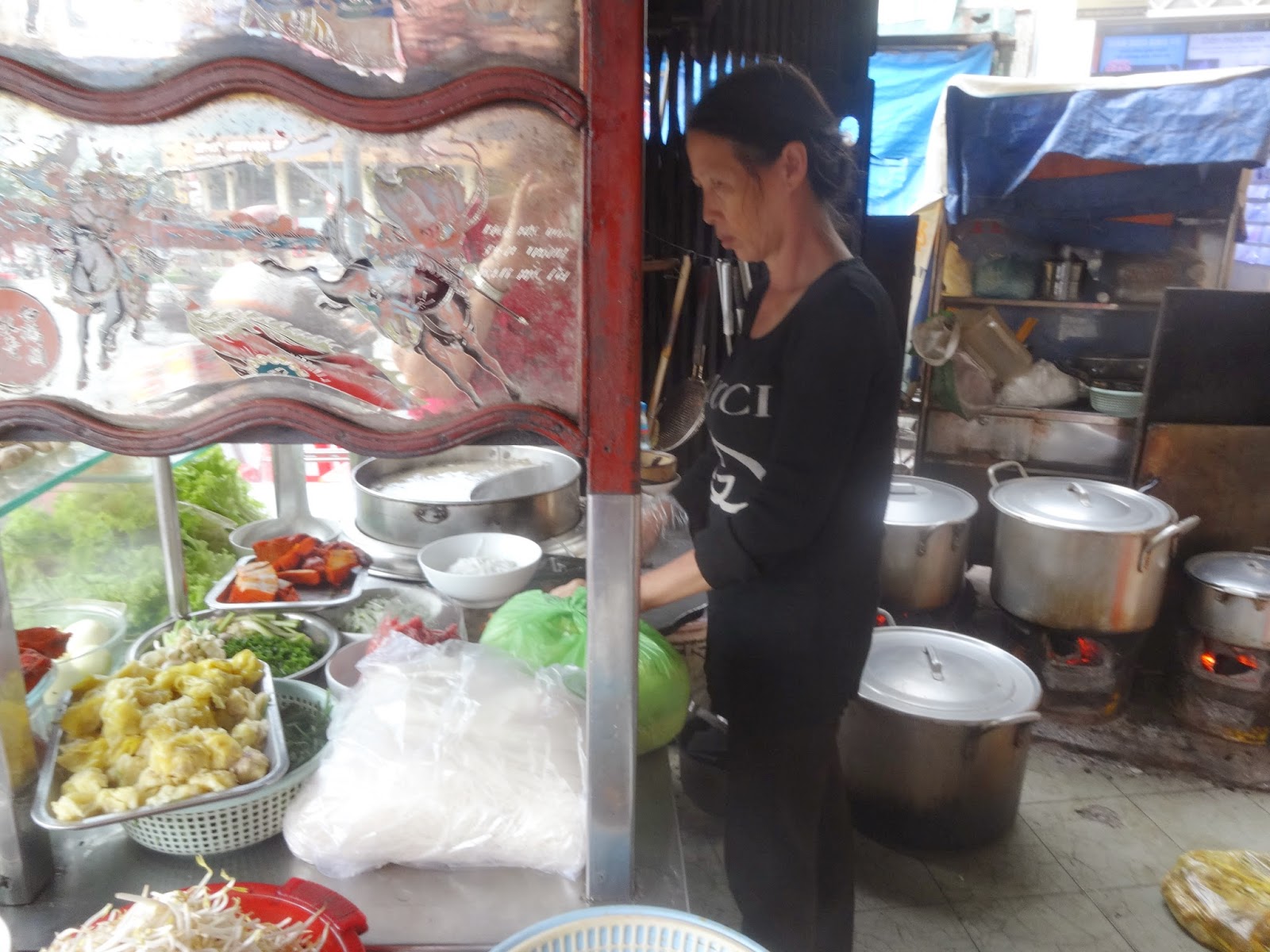 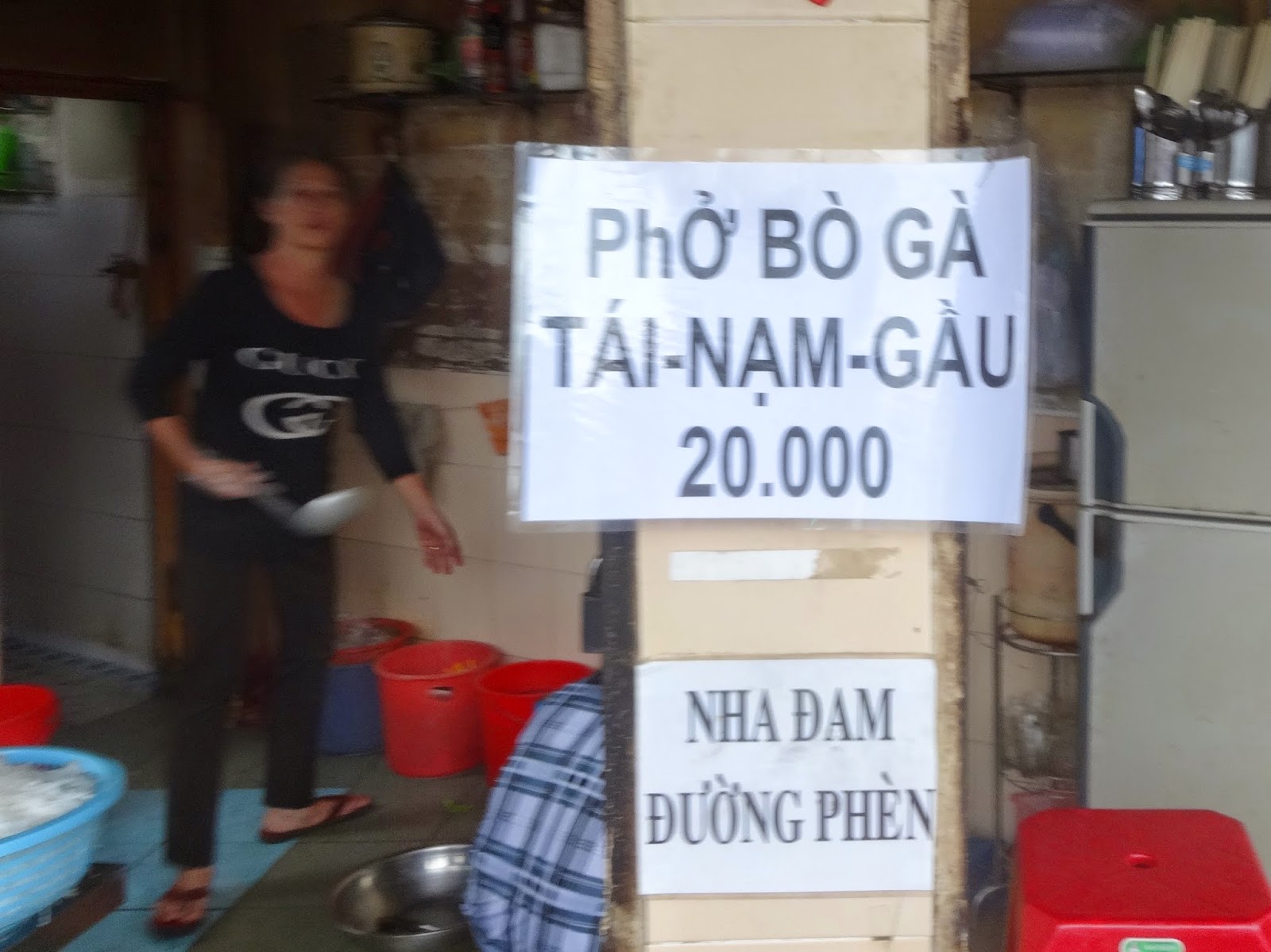 Her sign clearly advertises phở bò for 20,000 dong (the usual price), so that's what I ordered. 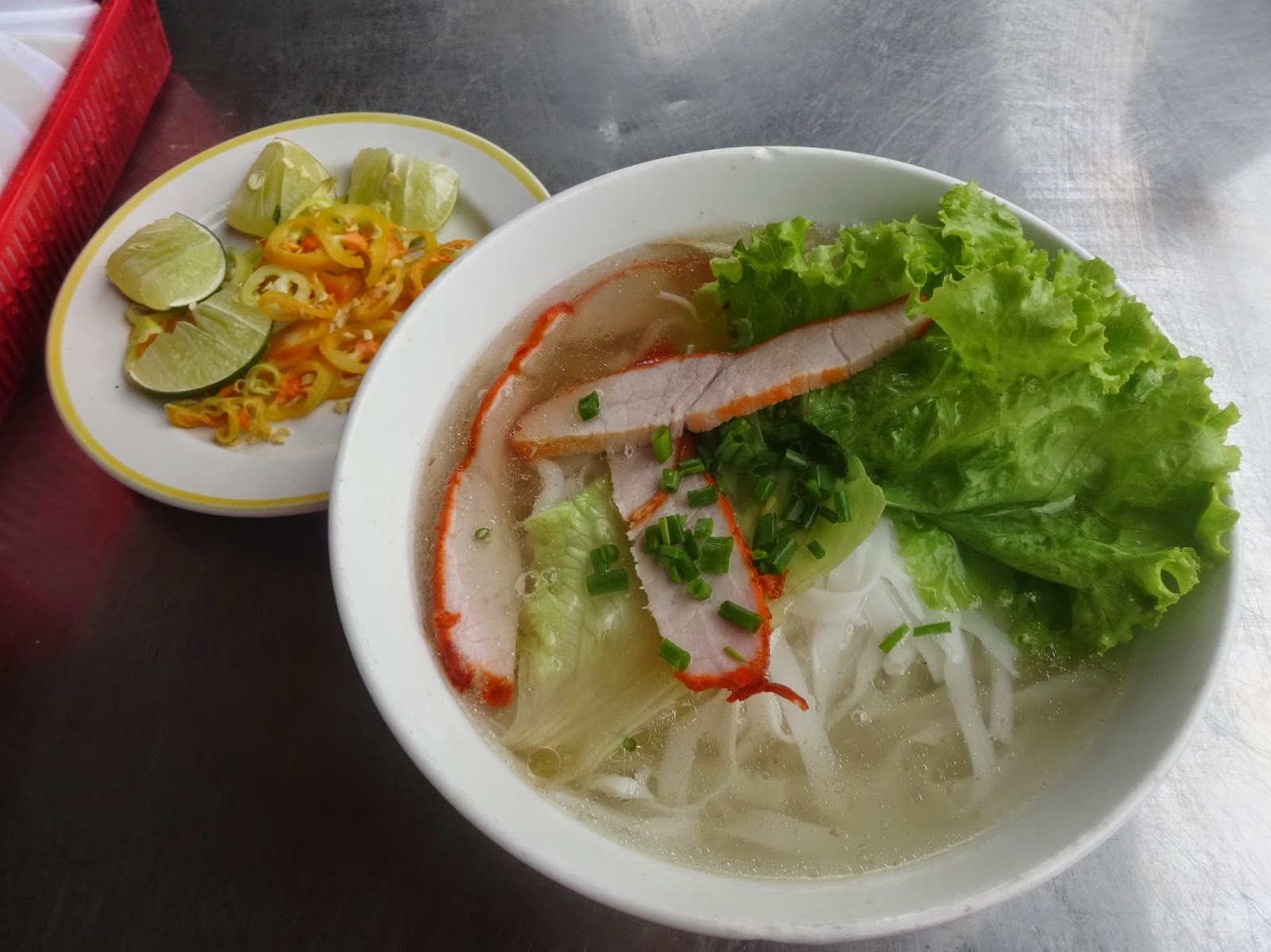 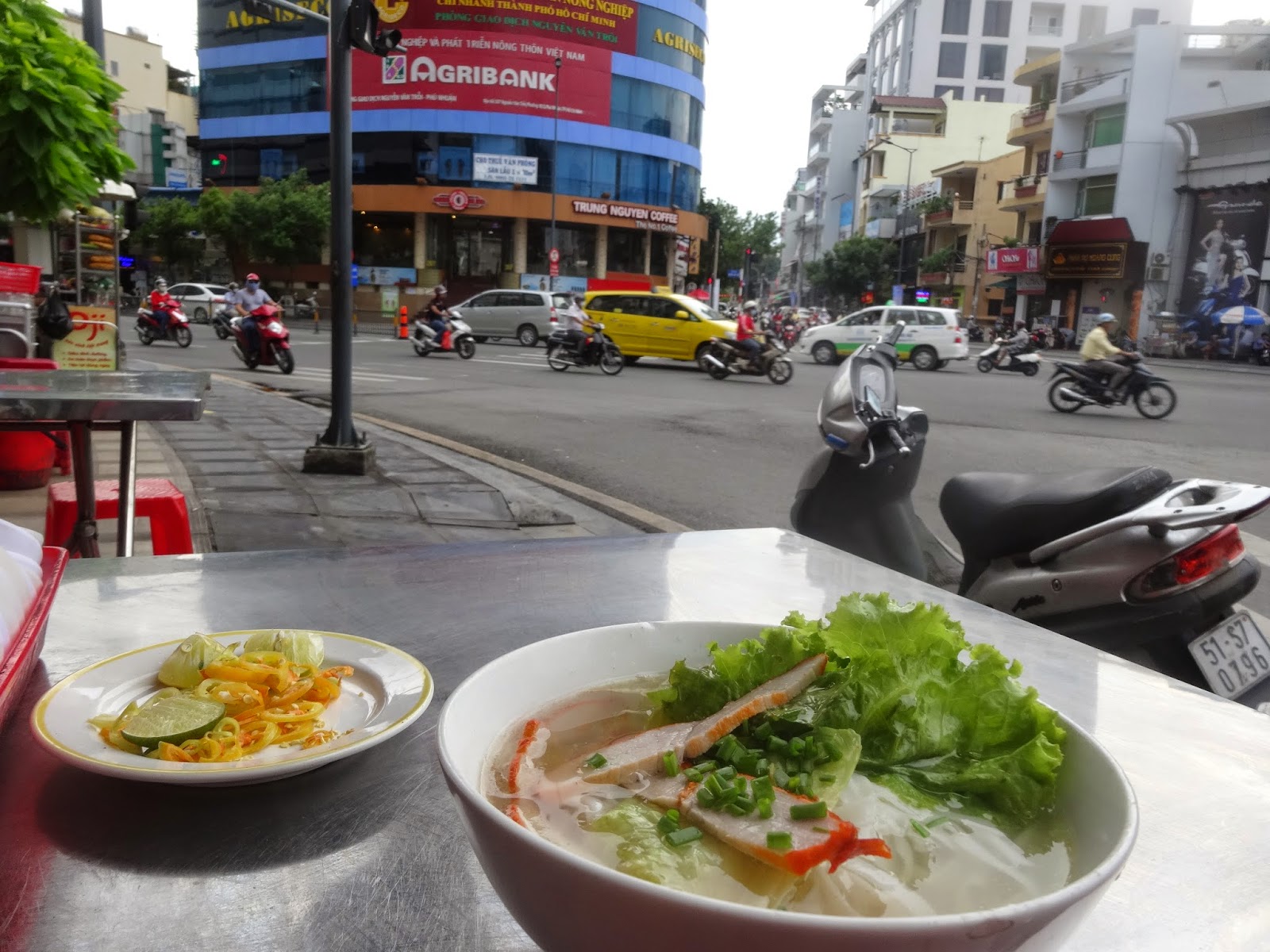 But when I went to pay her she tried to charge me 80,000!!!  I should have done what Will would do - put the 20,000 down on the table and walk away....the wisdom of hindsight!  I was so surprised at her audacity, I started to argue (me in English and sign language, her in Vietnamese). Then I turned around and asked the local man sitting behind me what he was going to pay for his meal. He was surprised, and began to tell me 20,000 when the lady rushed over and started to berate him. At first he changed his price to 30,000, but she wasn't letting up, so they did a big display of him paying her 100,000 and she giving him 50,000 change...total play-acting I have no doubt. I paid 50,000 and walked away disgusted. In Aussie terms that's $2.50 instead of $1, but it's the principle of the thing that annoys me. Greedy people like that give the country a bad name. 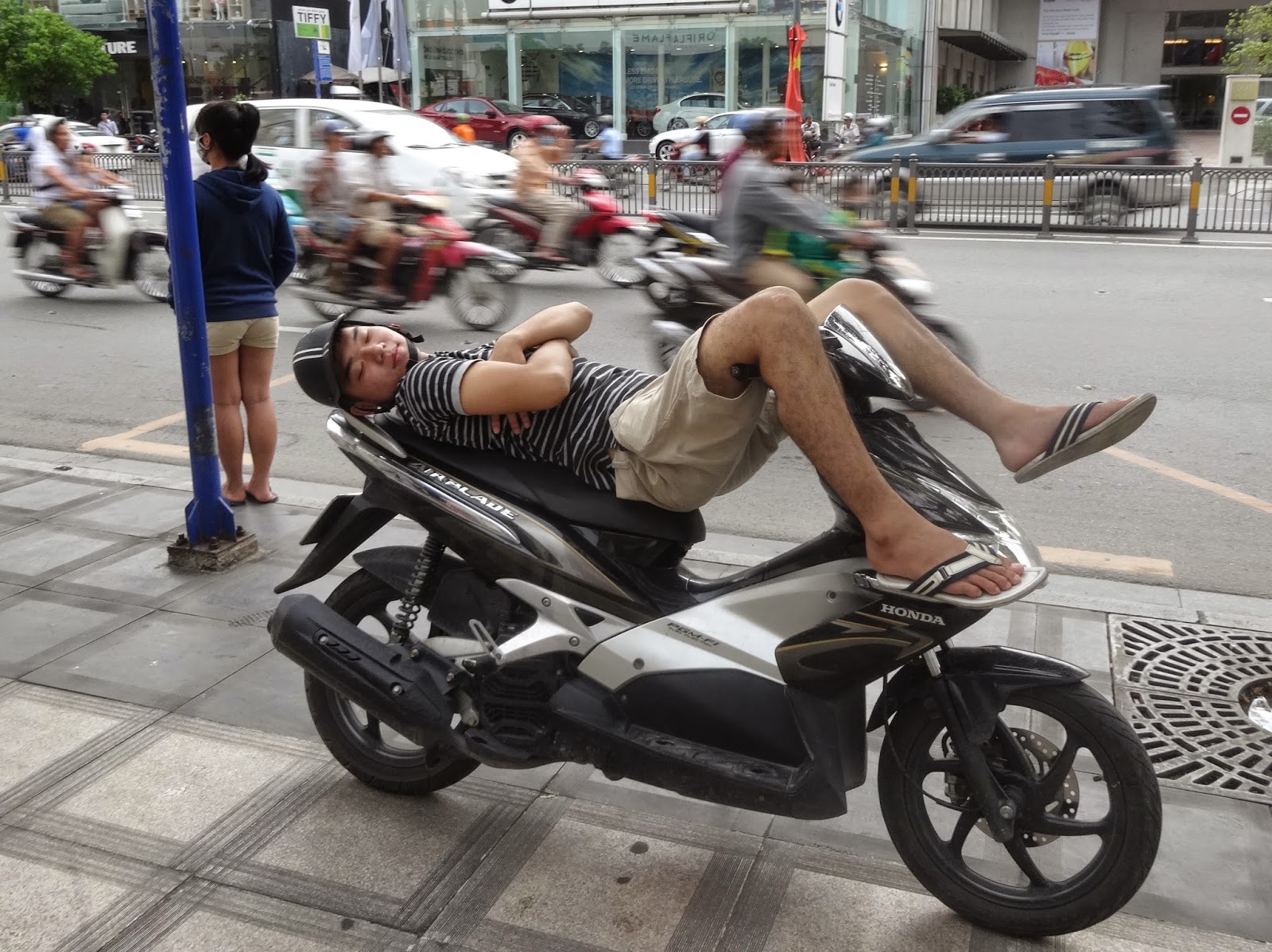 I continued my walk and soaked up the sights and sounds so typical to
Việt Nam.


My brain is still on Coffs Harbour time, so I was happy to settle back in my room by nightfall and have a night in, very pleased to hear from Giang (Ratbag). I will catch up with him tomorrow. I contacted Dũng at the Hai Phong Star Hotel to organise a room for late tomorrow night, then proceeded to text some of my friends with my new phone number to advise them of my change of plans....really looking forward to seeing them!

On the home front, Katie told me tonight that Bailey was sad because she was missing me..."My Grammie is the only one who really understands me..."