No excuses...I was up at 5:30 and out walking by 6am. Everything is lush and green along the route. On my own this morning, but I expect that will soon change. 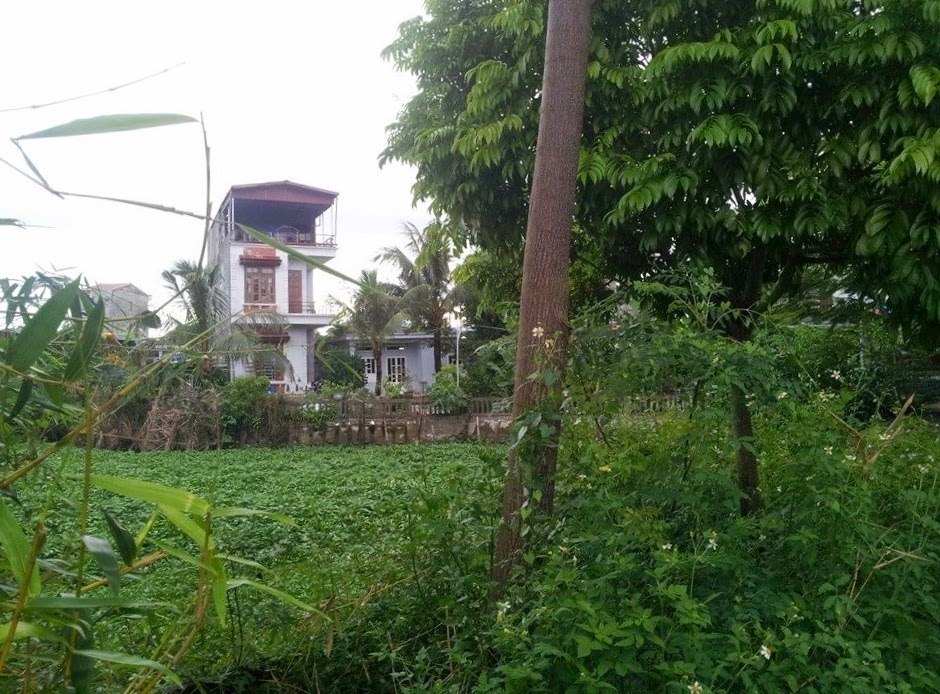 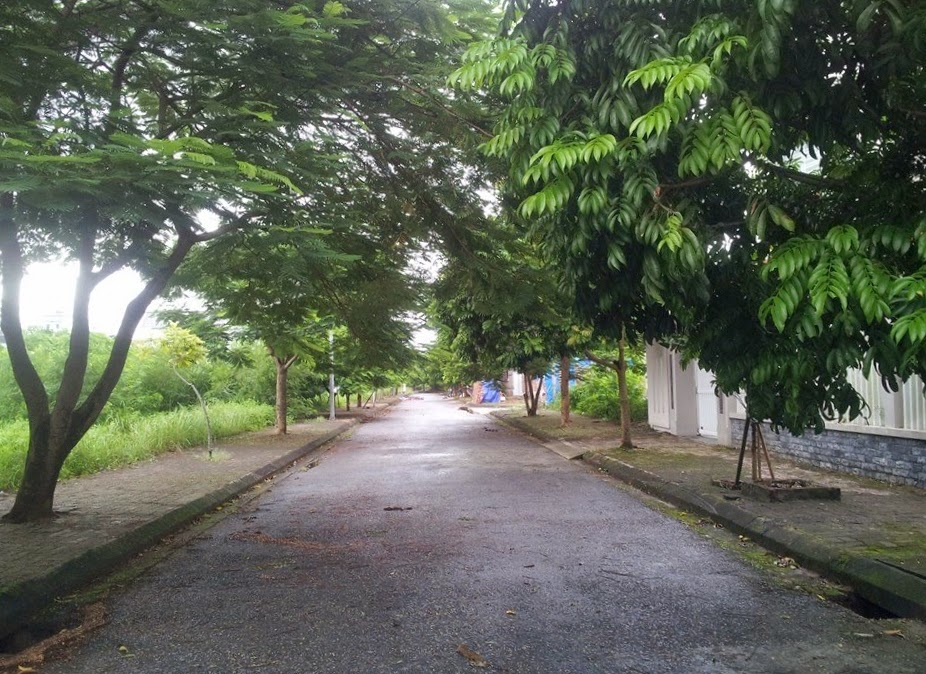 There is now an astro-turf soccer field where there was only rubble last year. 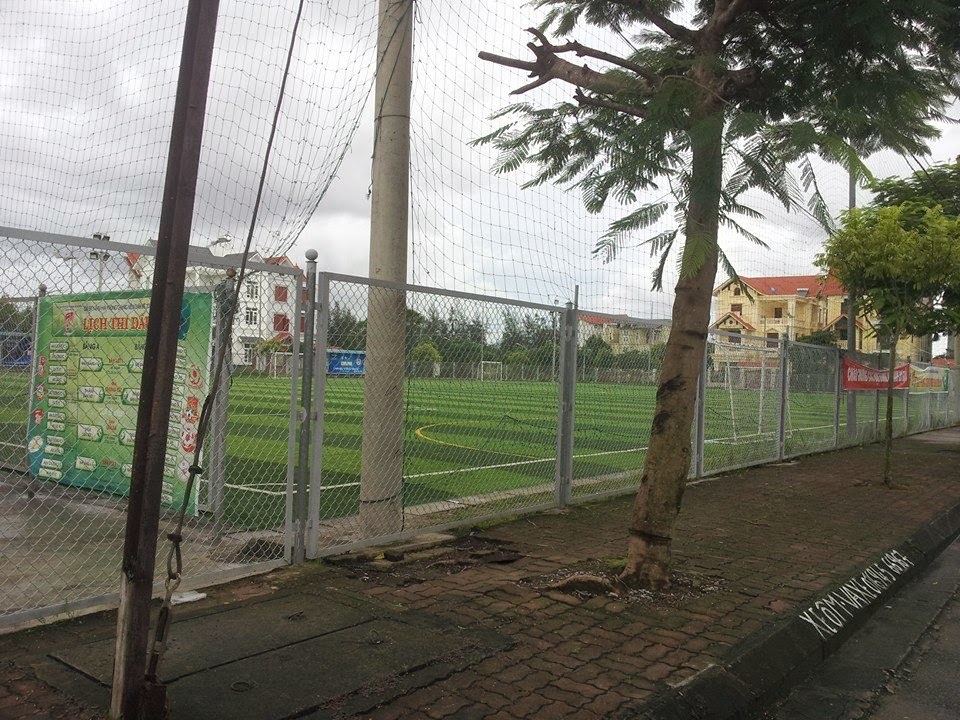 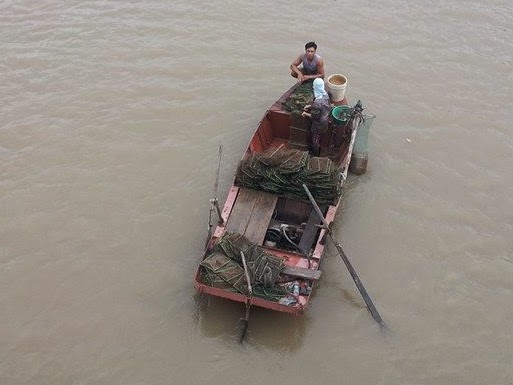 ... the same fishing boat under the bridge...

At 8:10 Tiến picked me up and took me to Nam Phap Church English Club. This morning was Graham's class, but he's not back yet so I offered to take it. There were some familiar faces, but most are new to me....more friendships to be made in the coming weeks! 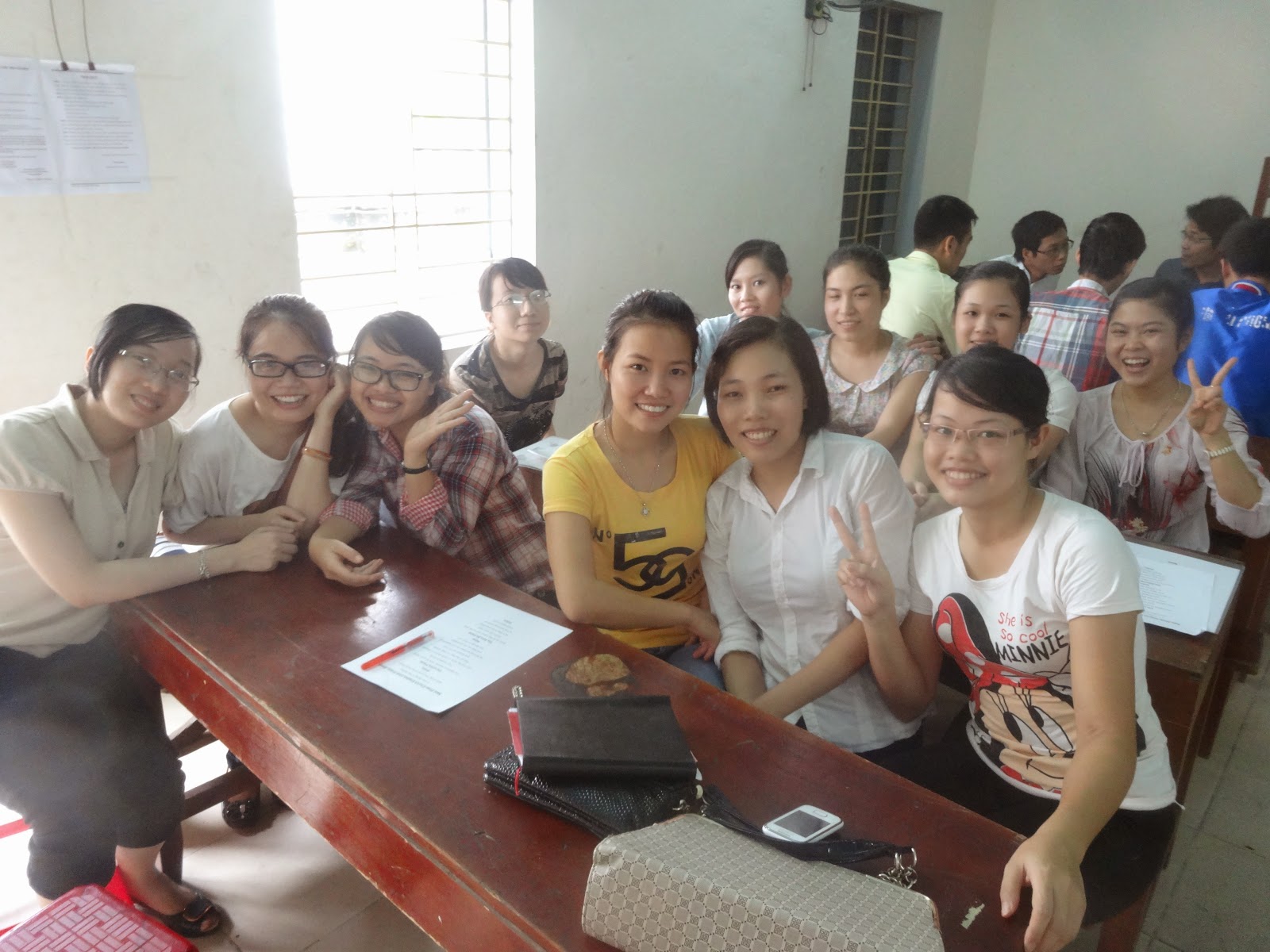 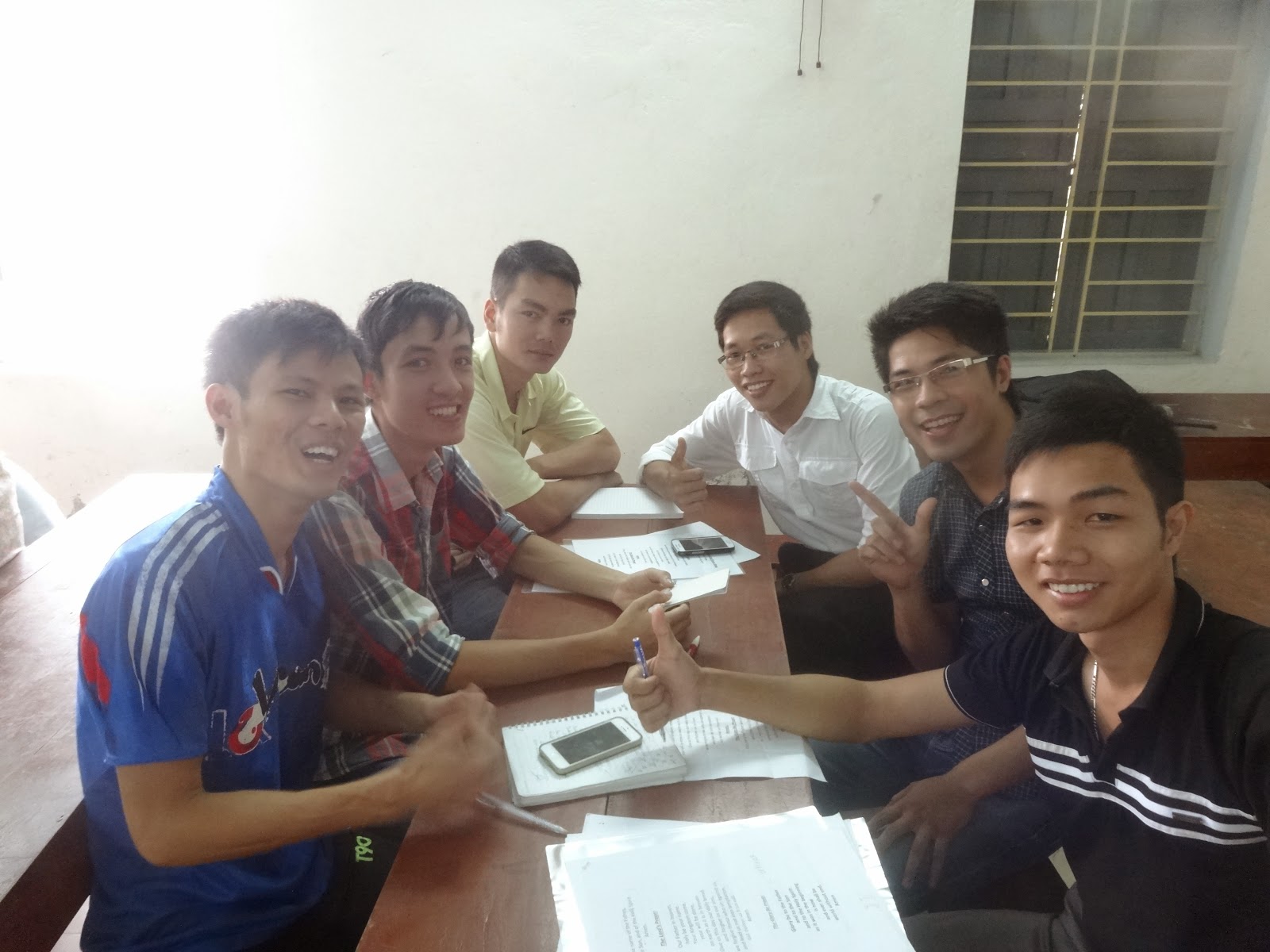 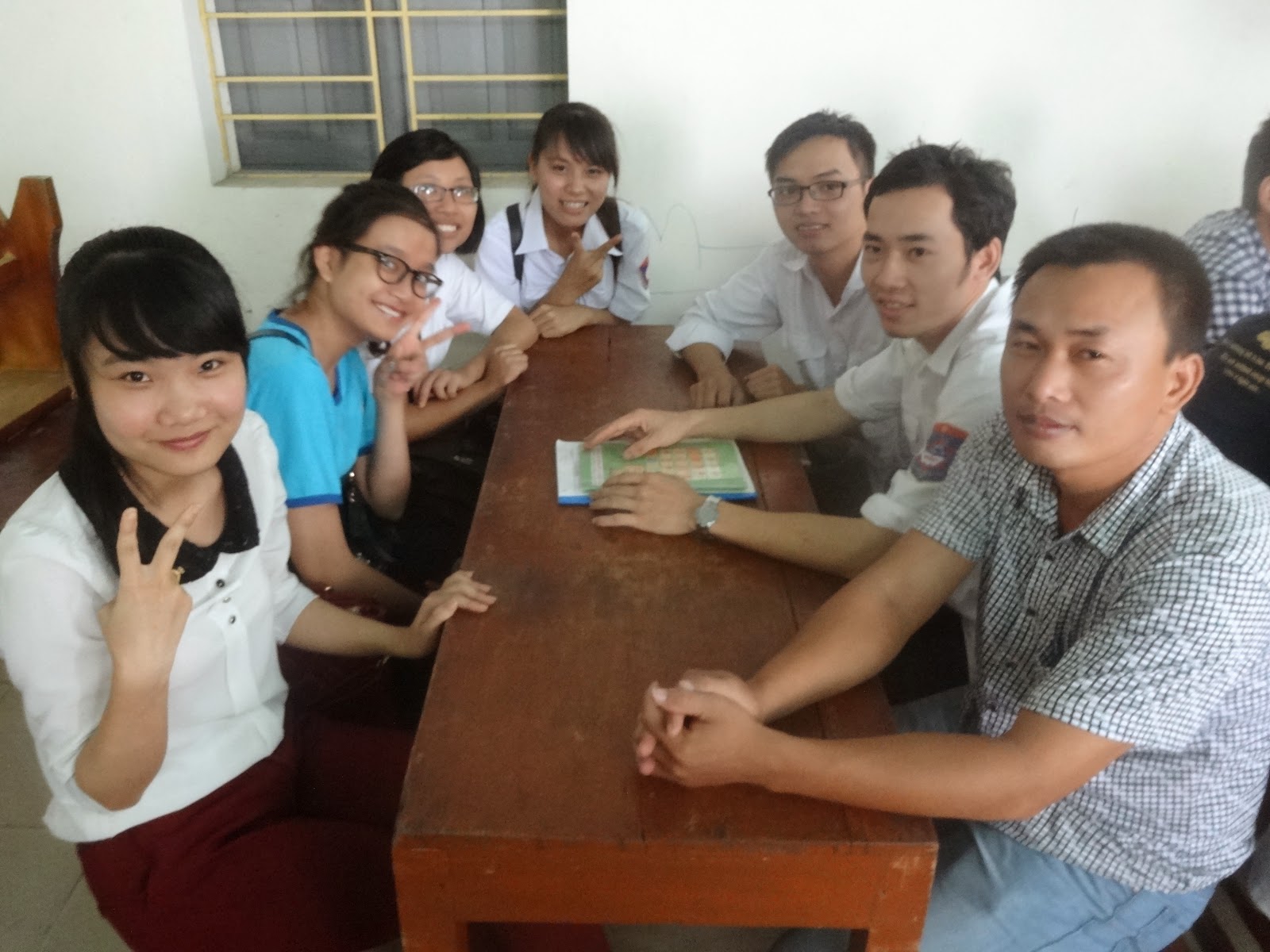 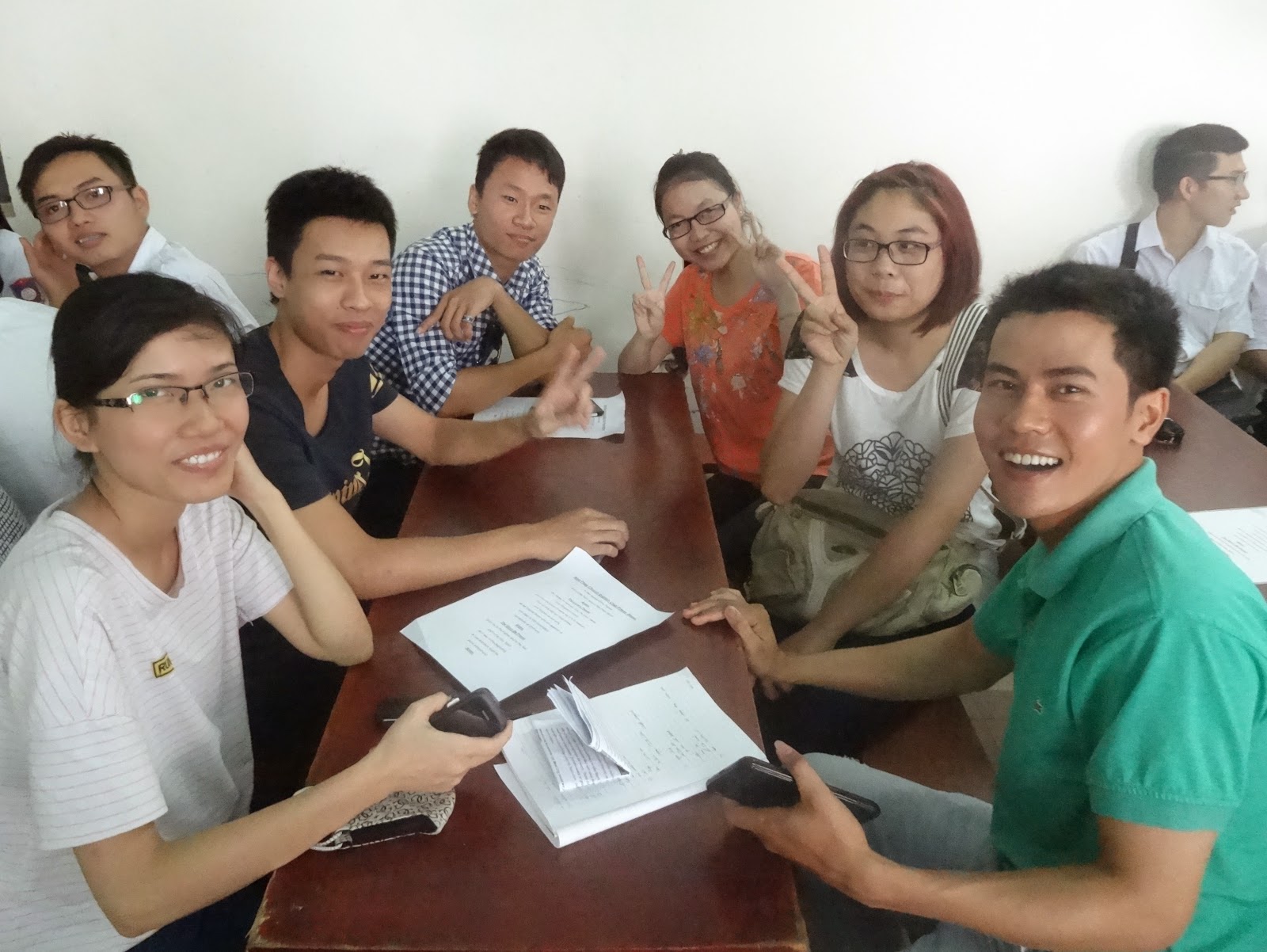 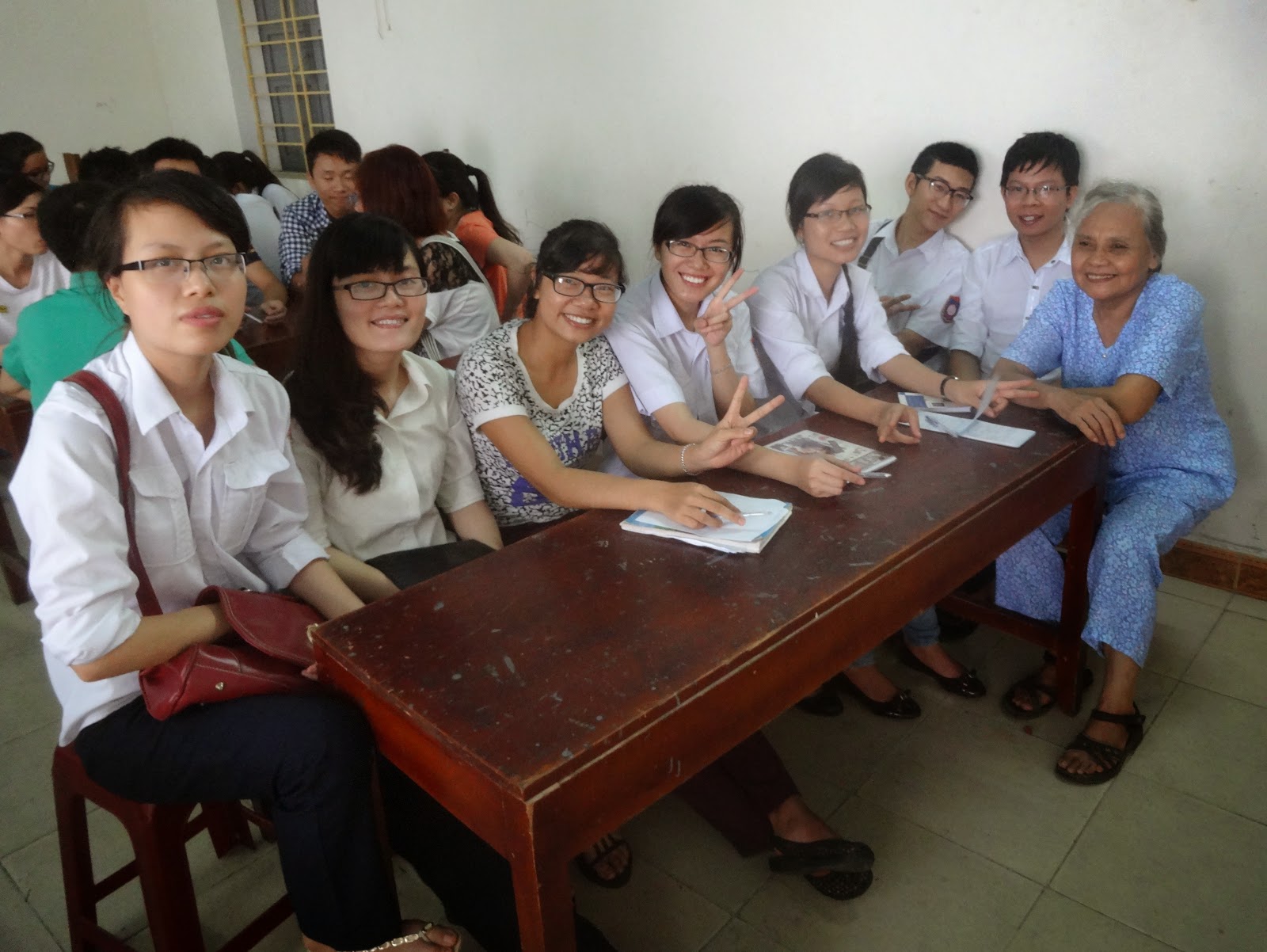 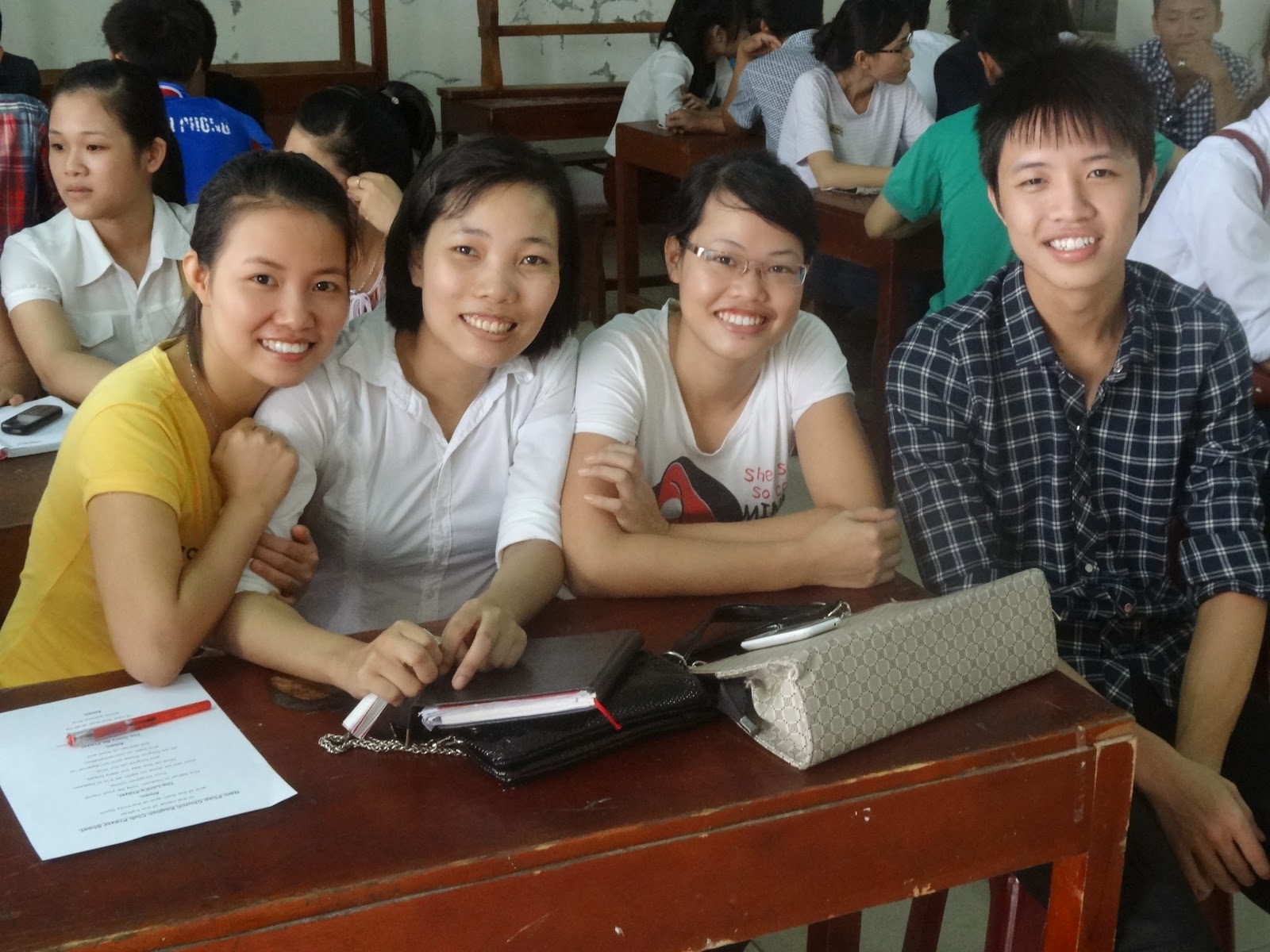 After the class, we went to a gorgeous garden cafe, called The Valley, for drinks... 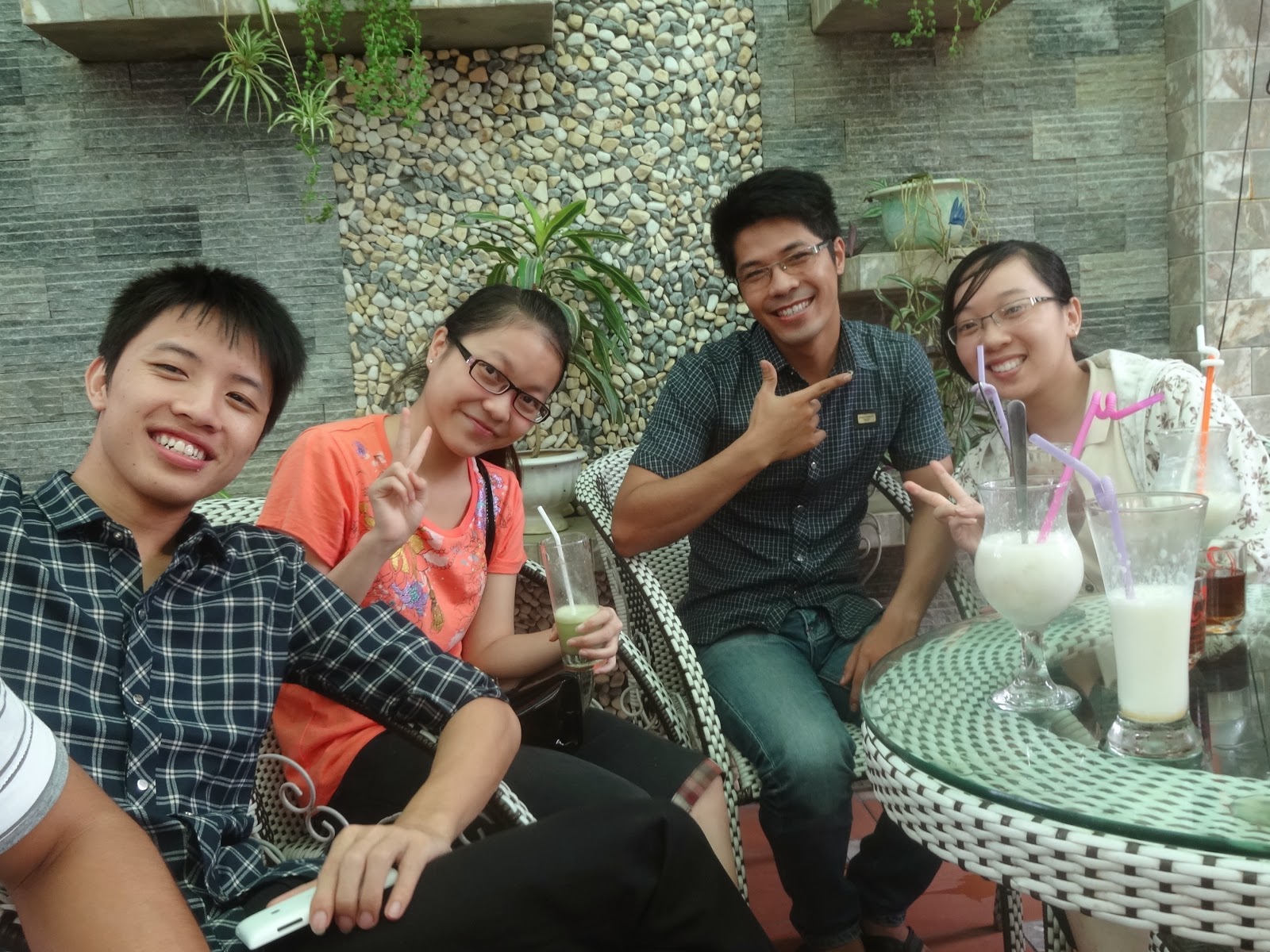 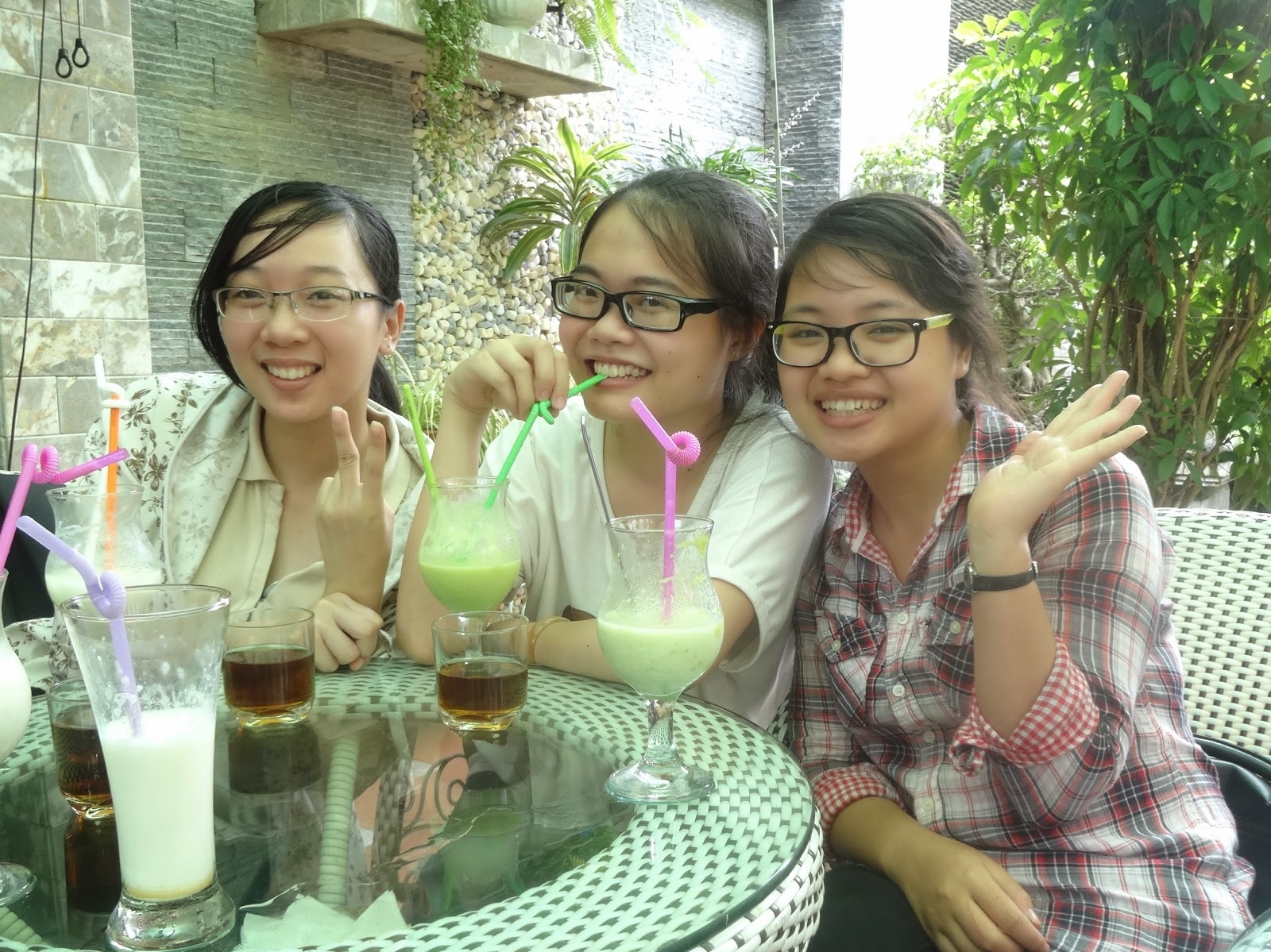 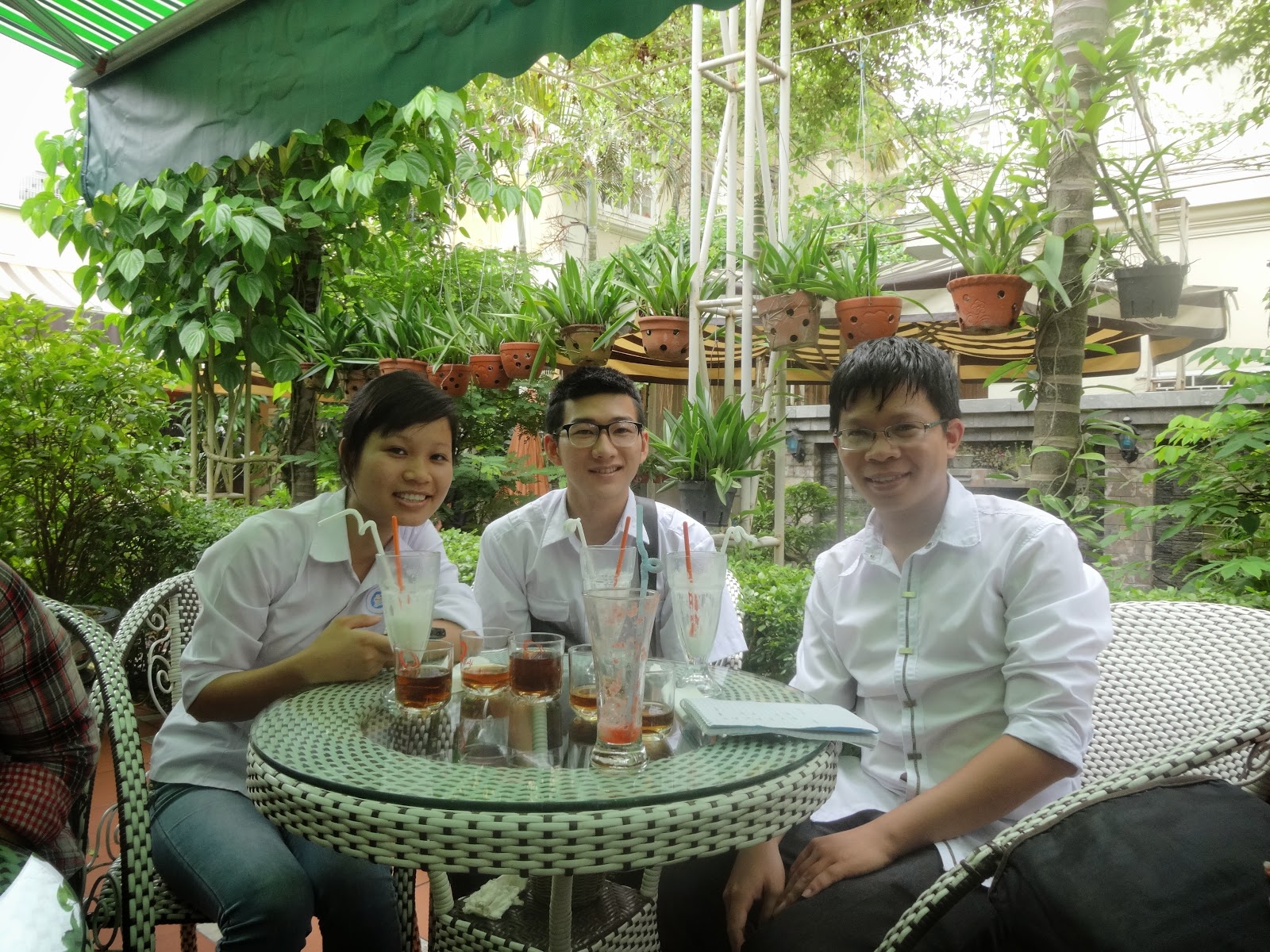 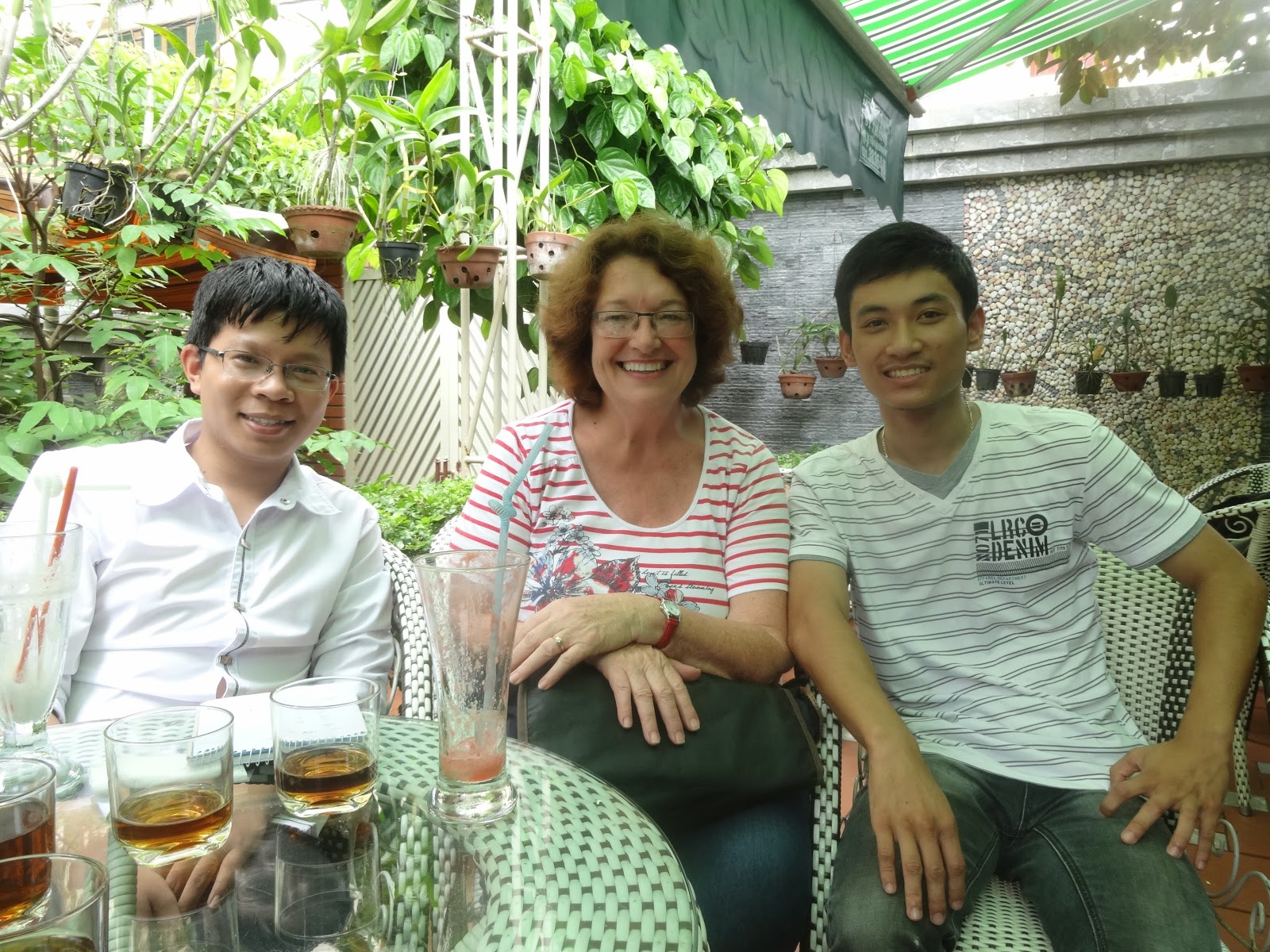 Mạnh, me and Tuấn Anh 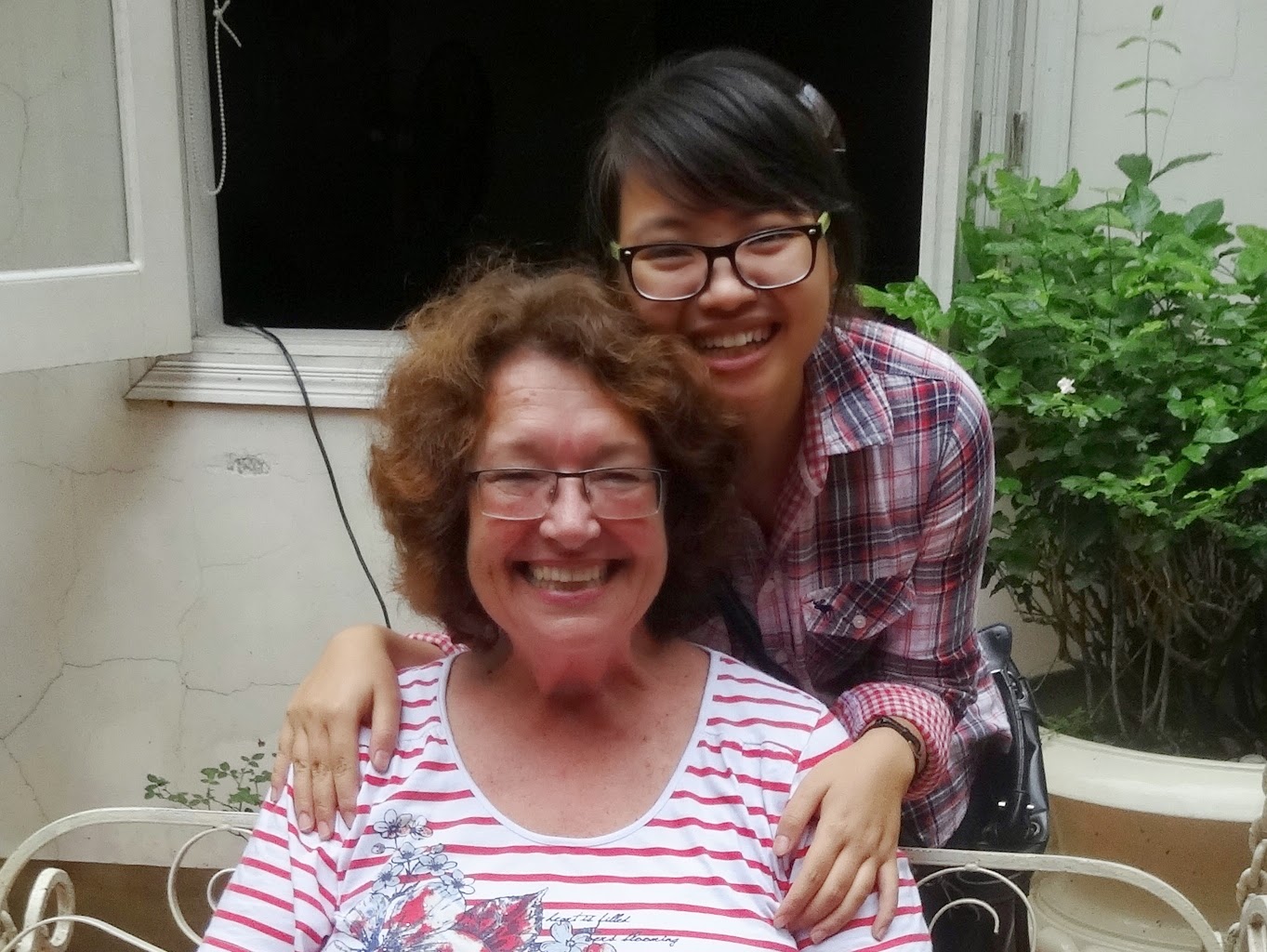 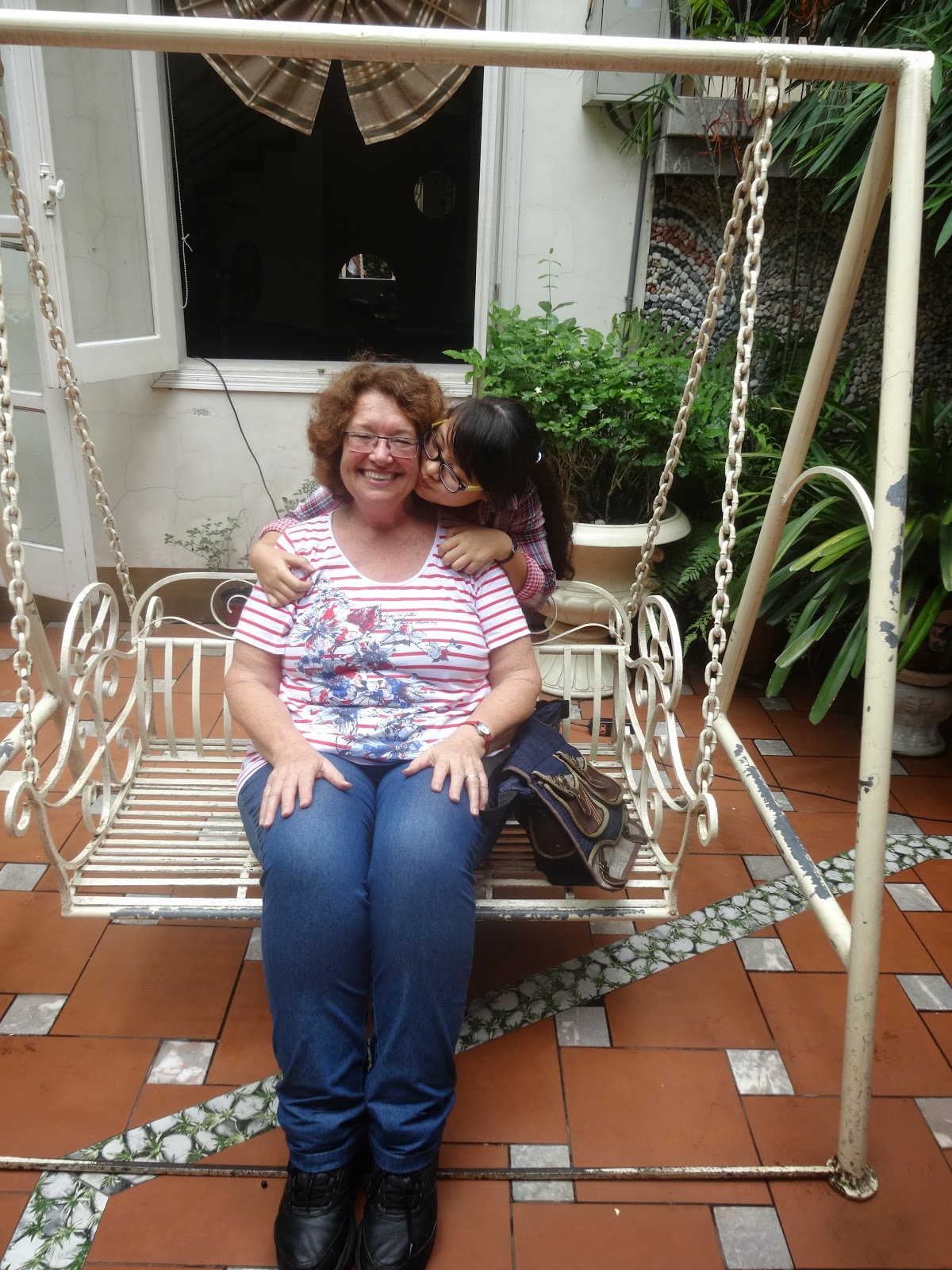 Our conversation turned into a lesson on pronunciation and time flew by!

Later that afternoon, the beautiful Trang and her friend dropped in to say Hello. 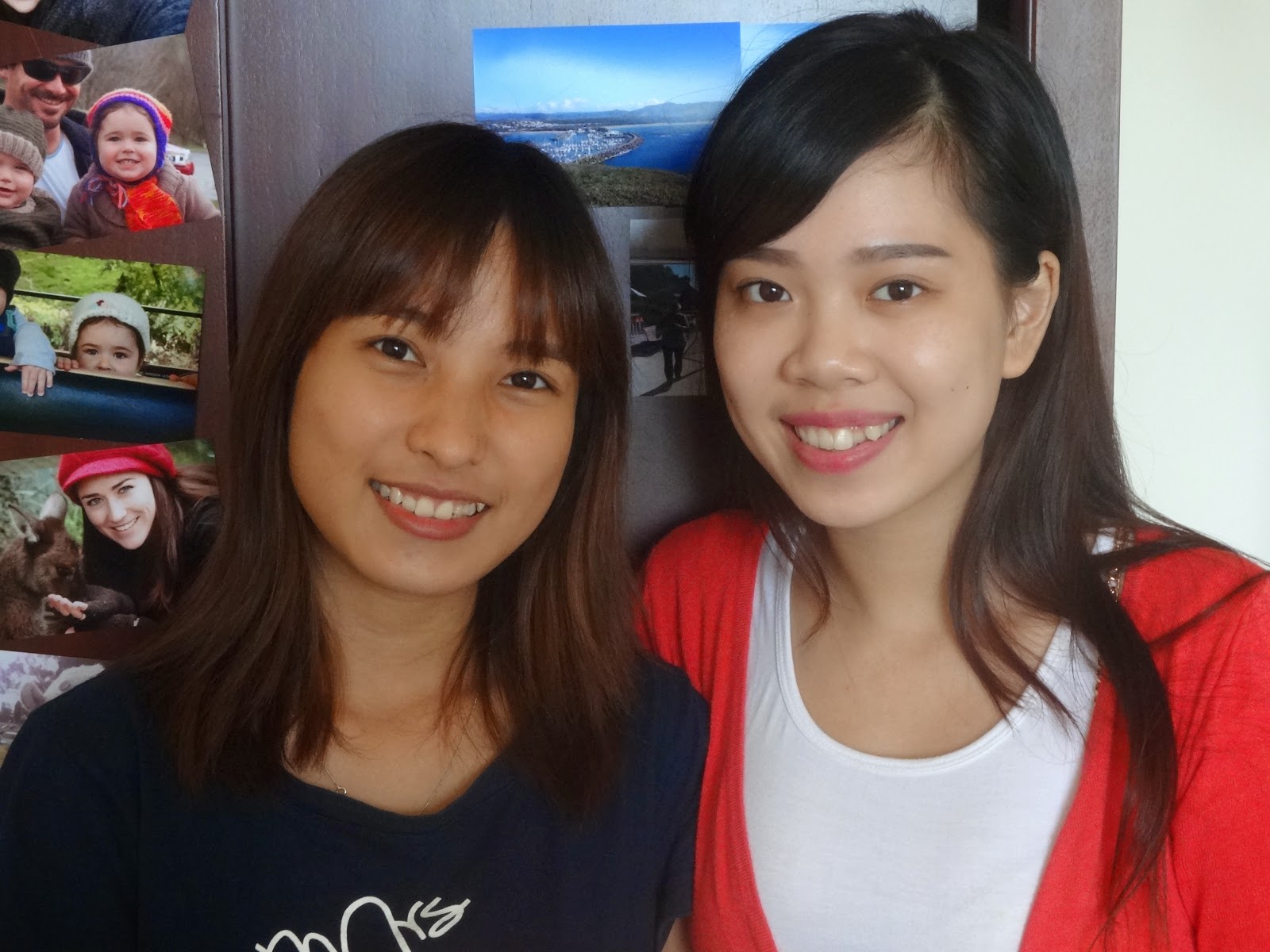 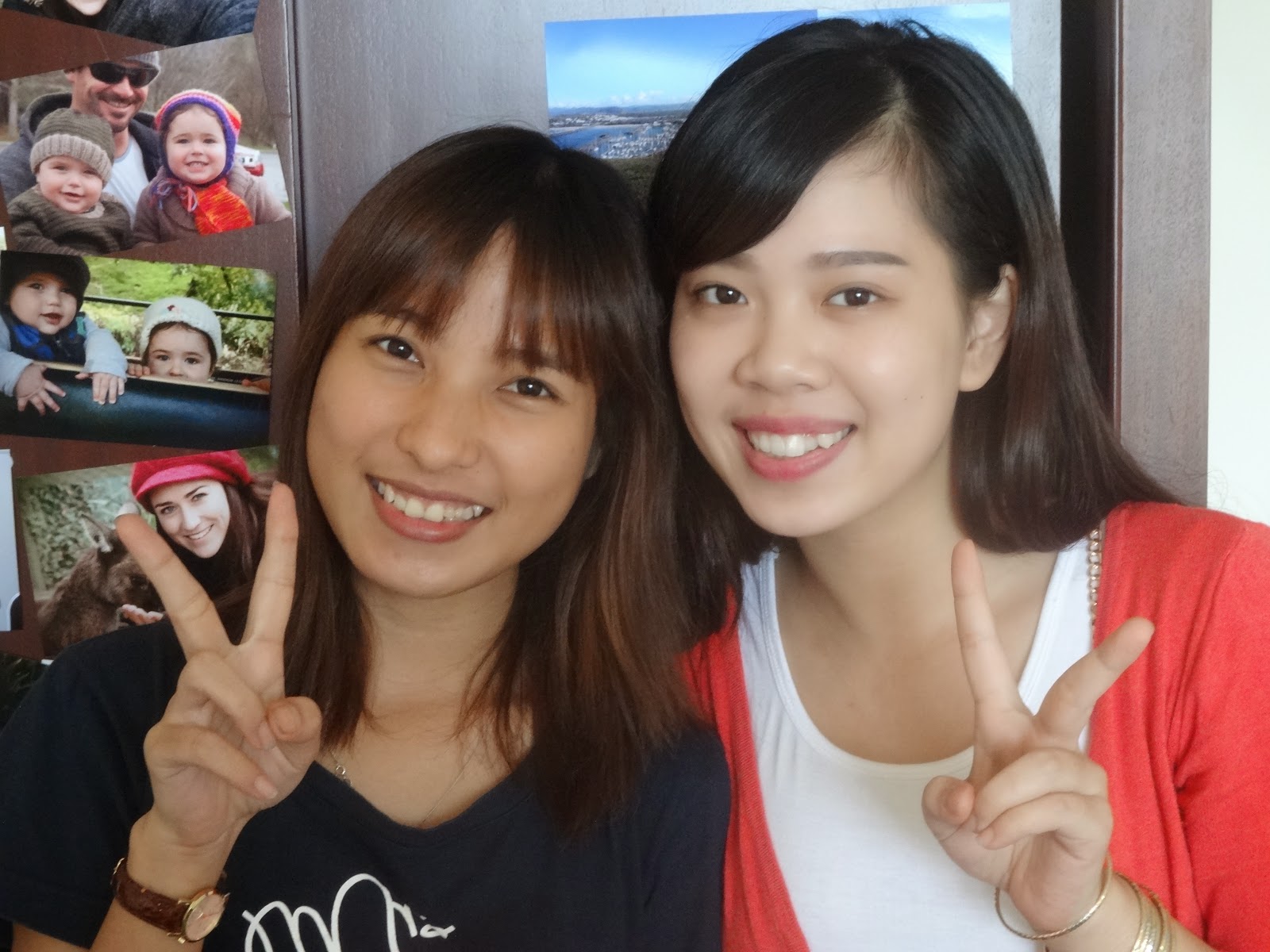 We talked for quite a while about her English Centre and about my business. I will join her class on Thursday night, and she will come to hear more as soon as I return from visiting the Isagenix office in Hà Nội next week.


Chu invited me to join his small party for dinner. Lee was working, but I walked with Graham, Lien, Ross and Silvana to this restaurant on Lạch Tray, where we met Chu and Tiến. This form of BarBQ is such a social way of eating dinner. It's a bit like a fondue in that you cook small portions of food, so it takes a while, leaving lots of time for conversation. 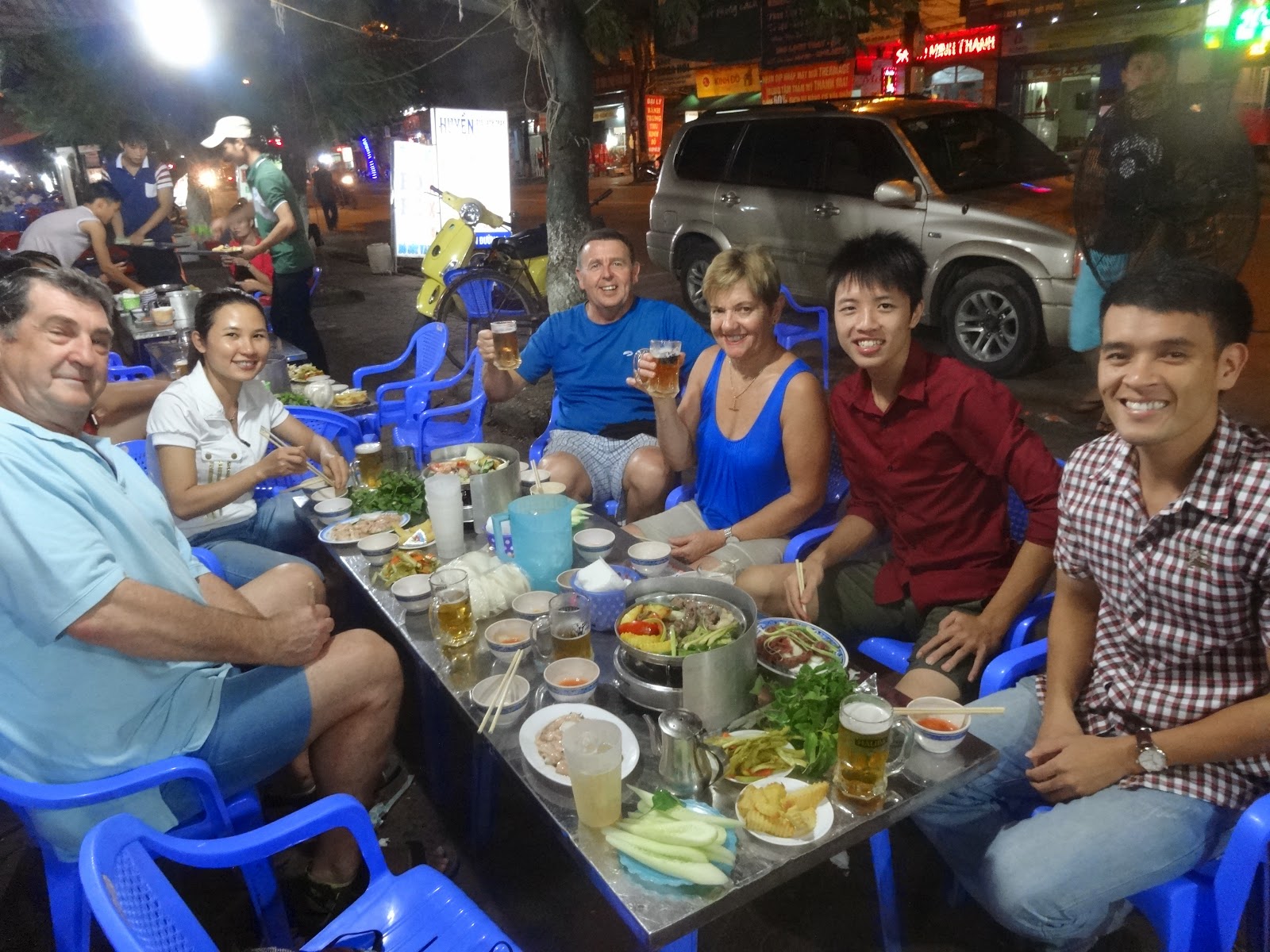 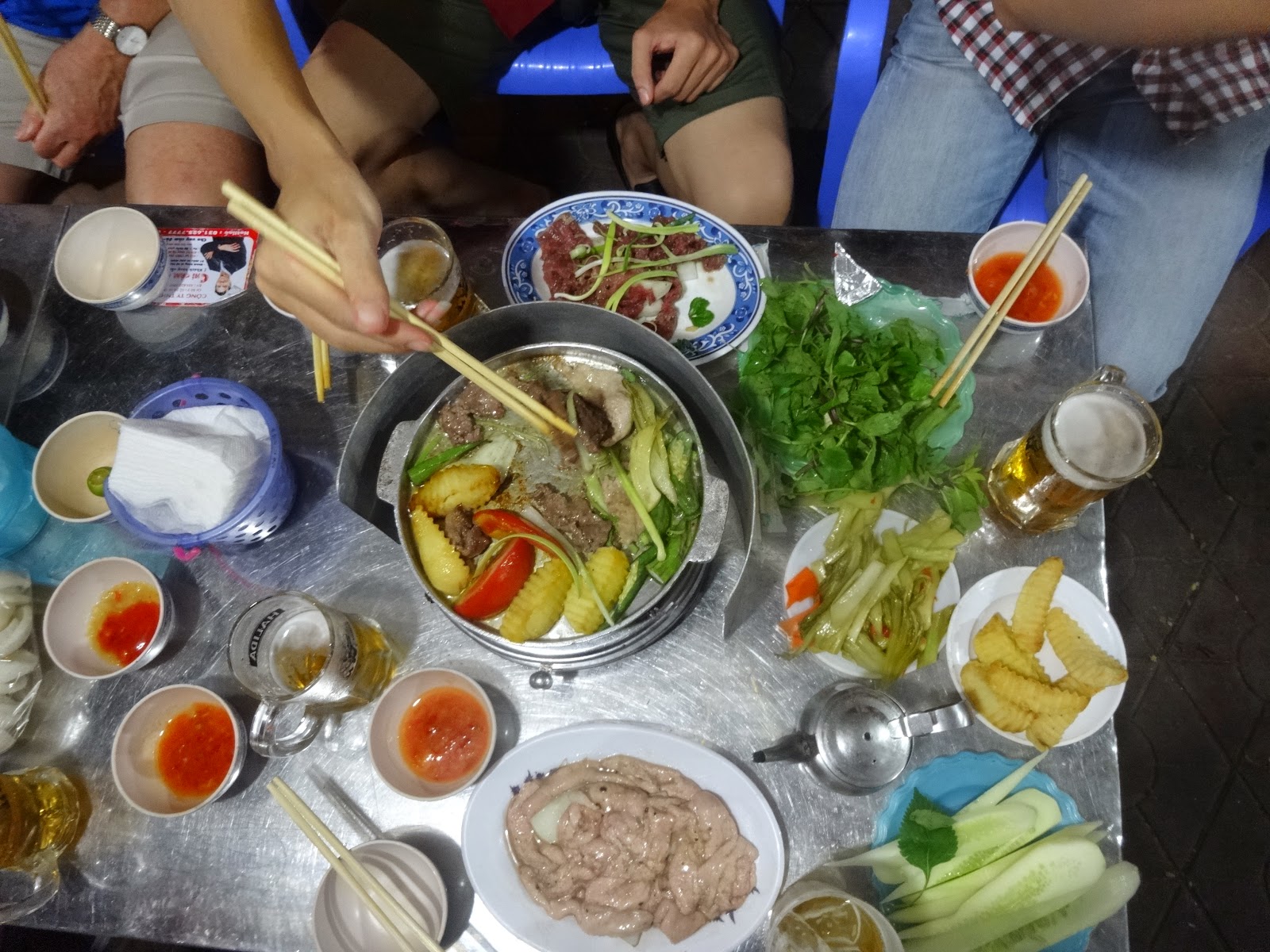 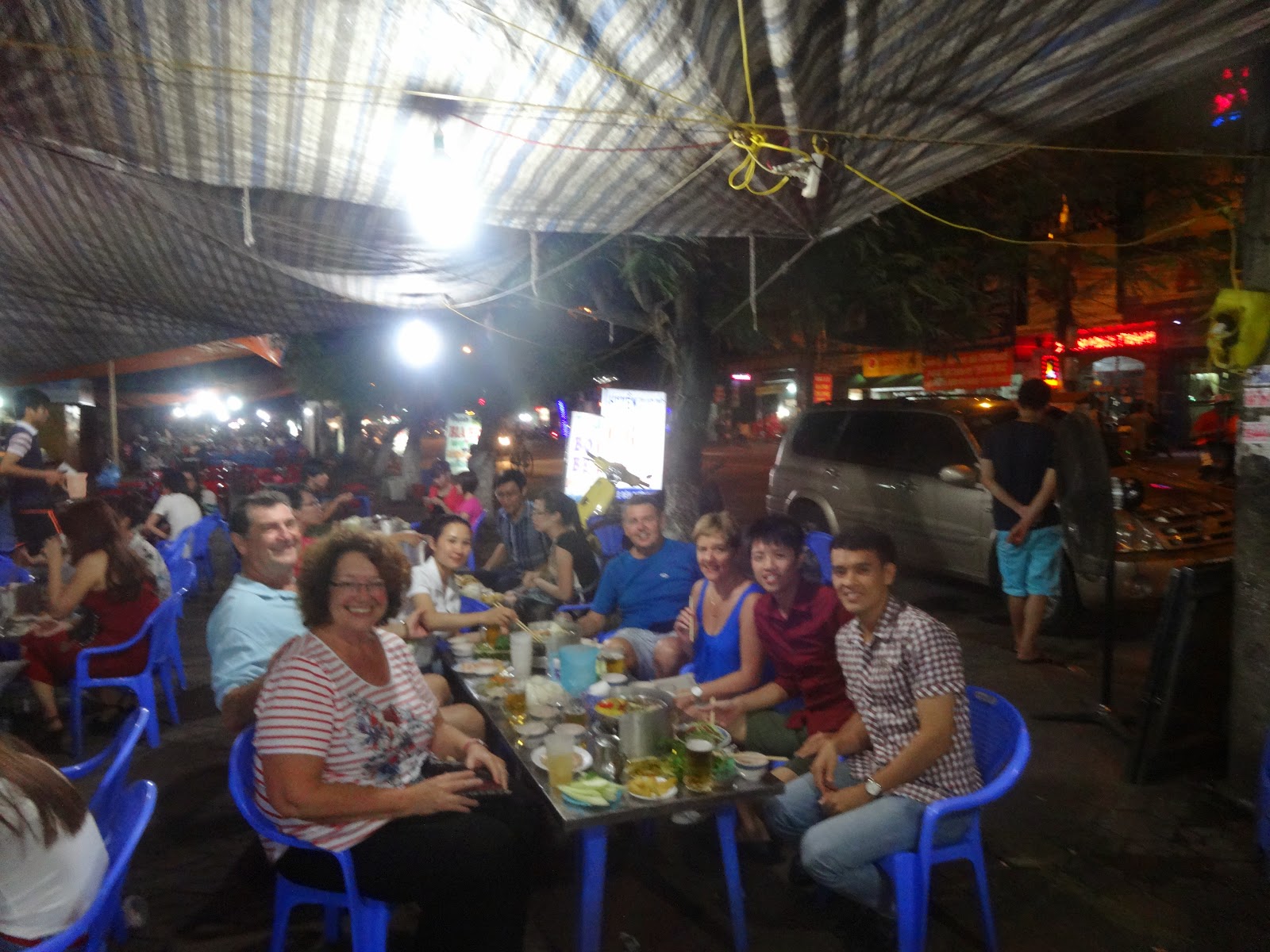 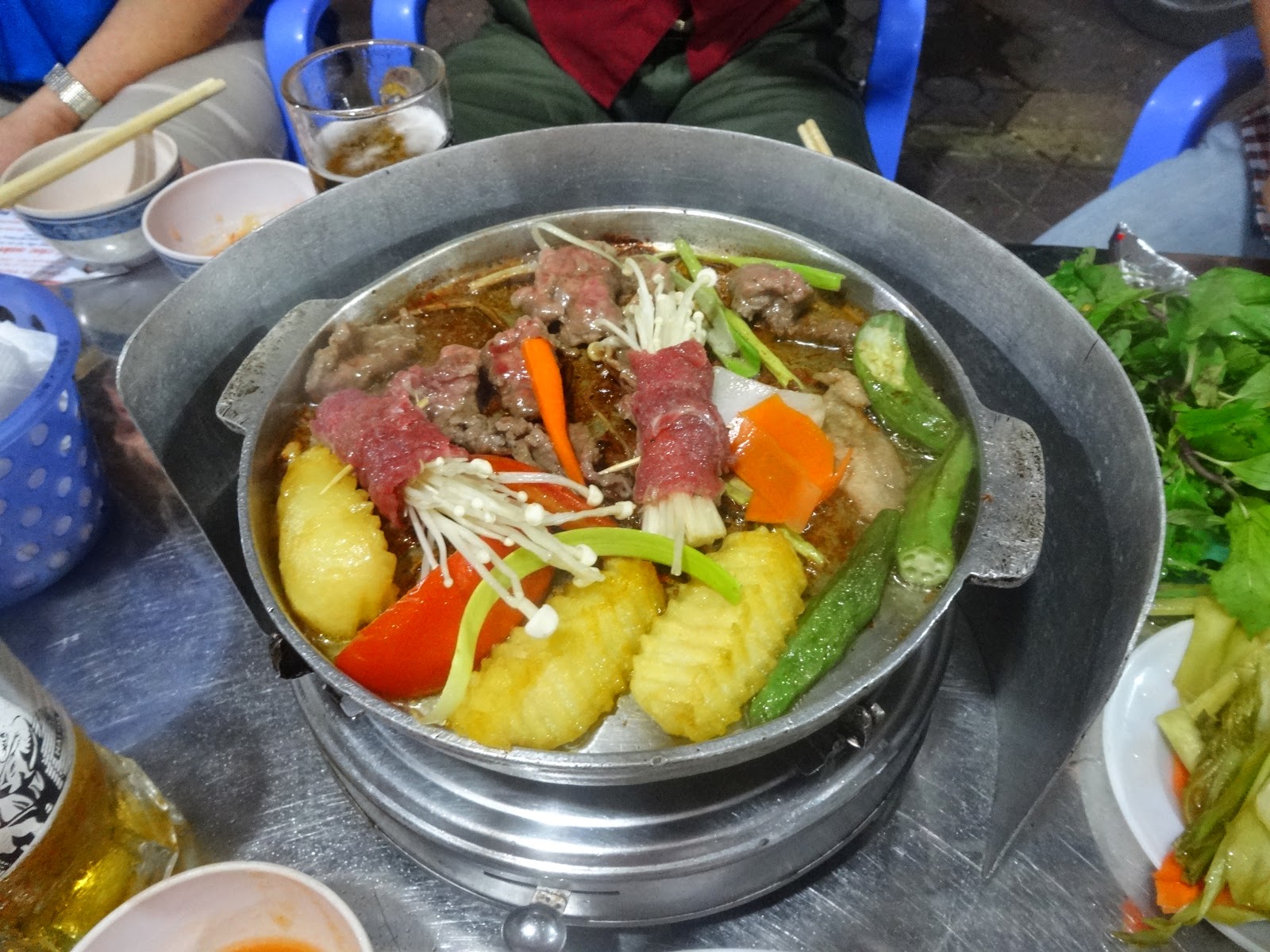 After we had eaten everything in sight, we walked to a cafe for coffee or a drink.  There we were joined by Mark - an Aussie teacher who arrived 2 weeks ago, and then Xuân, who had only just finished work. 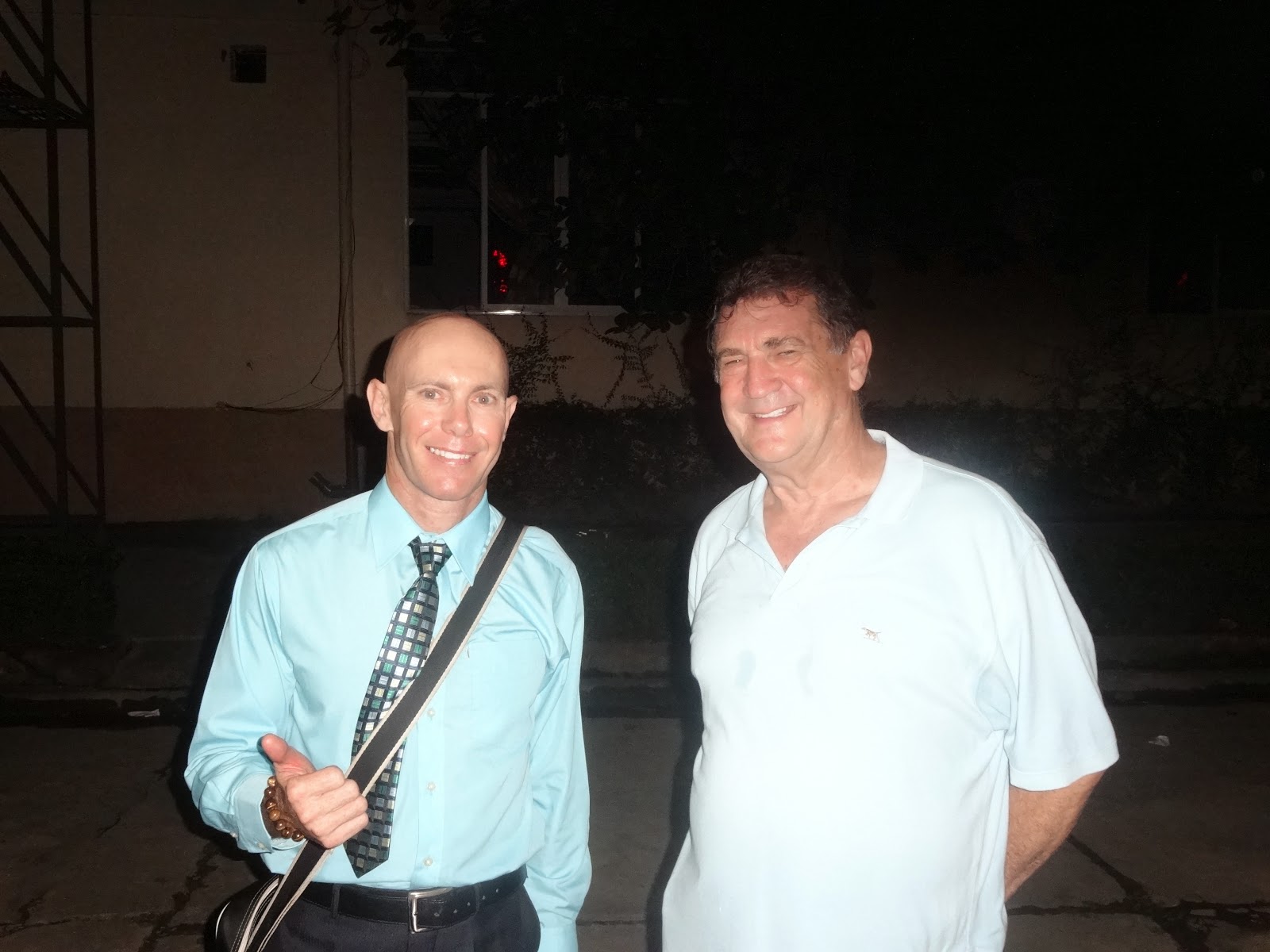 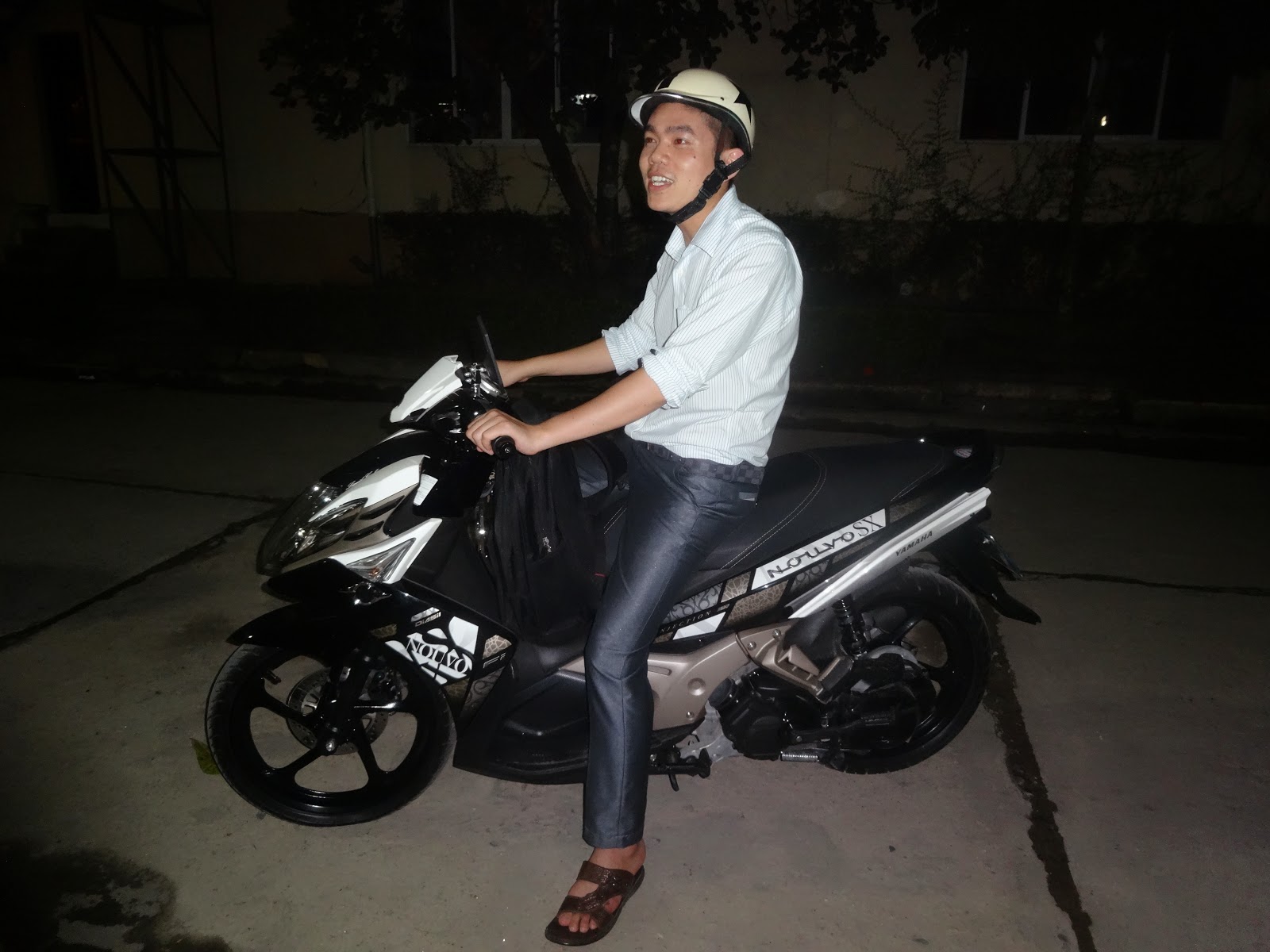 He was riding a lovely new bike. He's now a manager at LG and is doing very well. He's working long hours. Plenty to talk about, so it was late before he went home!