Even after our big night, I was up bright and early as usual to go walking. Too much celebrating for Katie though - she needed to sleep... This morning I was joined by Hải, Long, Thương, Ngọc and Dịu. They weren't deterred by the late night either  haha!


I left Katie to sleep for a few hours, but eventually we had to get going, because today was our one day for present shopping in Hà Nội. We caught the bus a little later than planned, but Katie slept on the back seat for most of the way, so by the time we got there, she was ready to shop. We booked into Little Hanoi Diamond again - I'm considered a regular there -  and when the heat of the day was easing mid-afternoon we hit the shops. 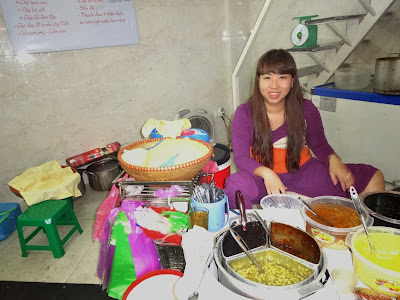 For lunch I bought some delicious sweet something-or-other from this lady on the corner near the hotel. I meant to write down what it was called...next time I will!


We are getting really efficient at shopping in Hà Nội. When we see something we like, we buy it - no mucking around, no comparing prices and thinking we'll come back later. Consequently, we get through our gift lists with a minimum of fuss, and it's very satisfying! We found several of the shops we had bought things from last year when we shopped with Hannah that we knew were good value, so that made it easier, too. Nevertheless, we had to hoof it to meet Will at 6pm as arranged!

We met him at our favourite Indian Restaurant - Tandoor in Hàng Bè street. As we walked up, there was a young deaf man selling cards near the entrance. He got very excited when he apparently recognised me from last year (!) and once again I bought some of his lovely hand-made cards. 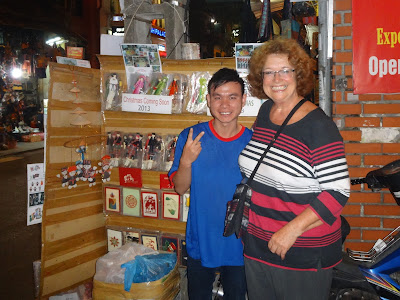 As always, we had a delightful time with Will sharing a totally delicious dinner. We had a table on the balcony overlooking the street, which added to the charm of the whole experience. We decided that next year when Katie comes over, we will go on a wee holiday together... definitely something to look forward to! 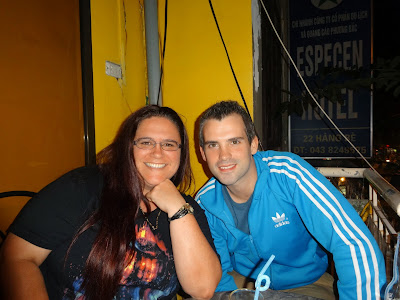 Down in Hàng Bè street we watched many people going in and out of an art gallery and Will commented that he had several of those paintings at his place. Then he mentioned how cheap they are and we were amazed. We had both assumed that they would be way more expensive. So after dinner we went down to have a closer look at the painting on display out the front. Katie loved it. 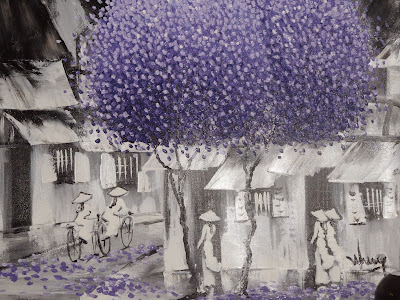 There were some French people there, who were buying many paintings, so we had to wait a while because there was only one girl serving. Others gathered till the little gallery was quite crowded. 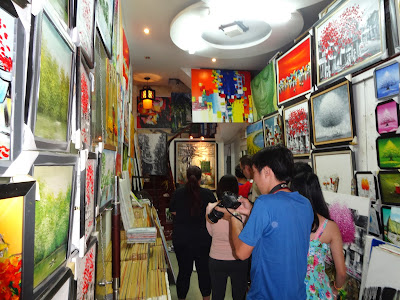 While we were waiting we had plenty of time to have a good look around. This large painting was particularly impressive ... but we have nowhere to put it! Drat! 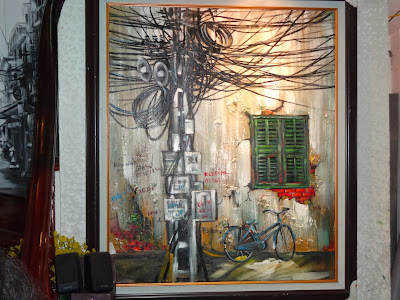 I did see a smaller one that I loved, though, so I indulged and bought it and Katie bought her favourite too, so we were very happy. 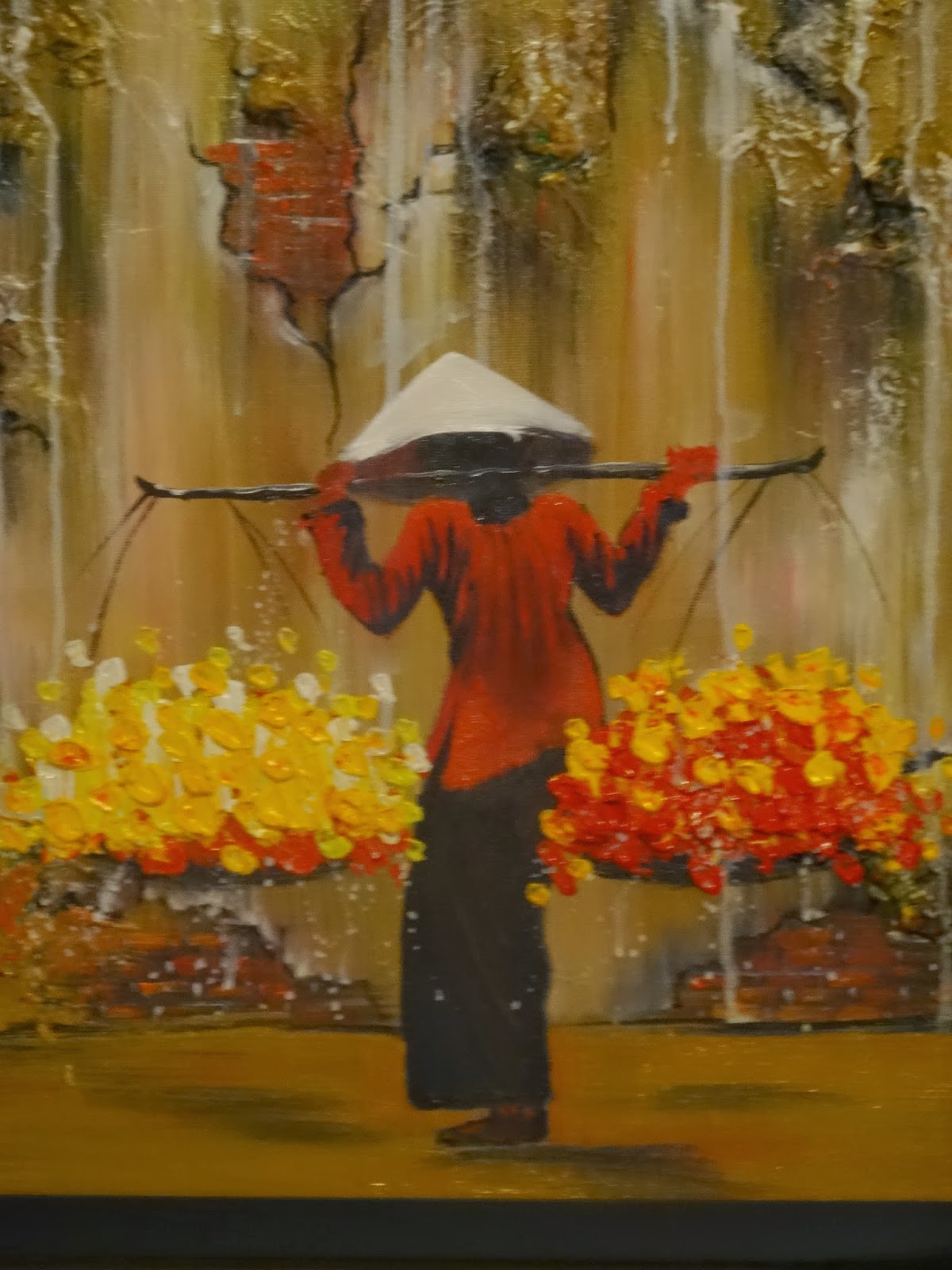 All too soon it was time to bid dear Will farewell...for now. I draw comfort from the knowledge that it will only be for a few months though.

On Tuesday morning we checked out after breakfast and walked to the Lake where I eventually found a shop selling fans... I wanted to replace the fan I left behind the other night at SingSing. Because it is autumn now, there wasn't a lot of choice...but I did find one. We bought a couple more gifts and then caught a taxi to the bus stop. We were back in Hải Phòng by lunchtime and I spent the afternoon packing.