Hanging out with Hải and Hiếu

Hải and Hiếu and their friend, Long, took us to Cat Bi market on Thursday night for dinner. Just as we walked into the food hall there was a blackout, but several stalls had their own source of light so thankfully, it wasn't pitch black! 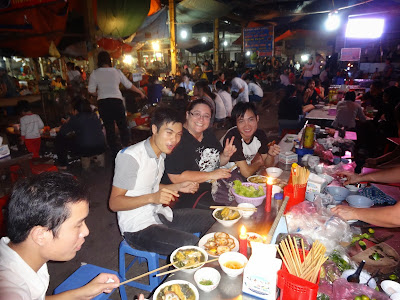 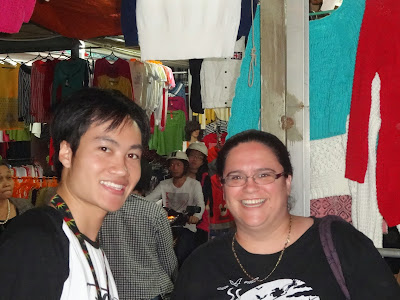 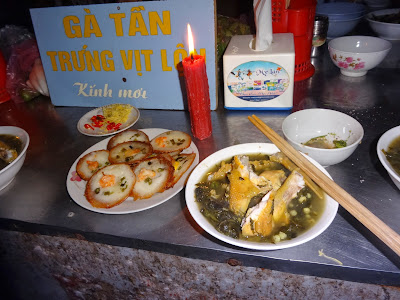 This time we had chicken stew - gà tần, as well as bánh khọt... yum! 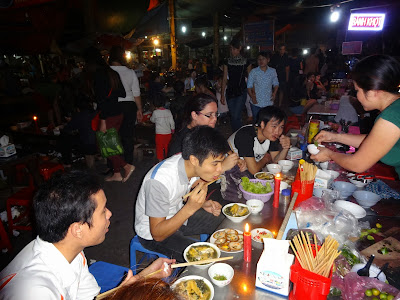 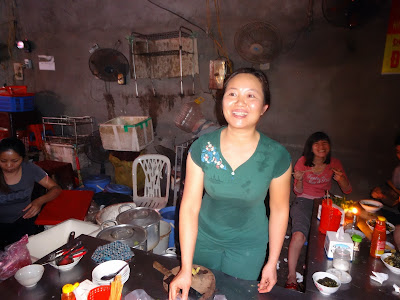 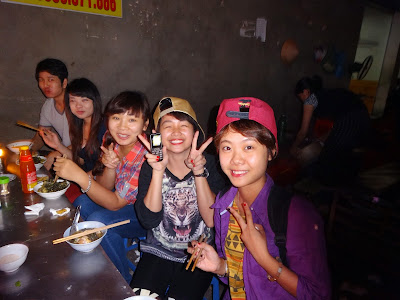 and friendly strangers ....
(although one of these girls apparently recognised me from somewhere...)

Long had to go to a class after we ate, so we said goodbye to him and Hải and Hiếu took us for a ride through the city cente to see the night life. I took these photos as we rode by, so they aren't the best quality... but this is what it's like till about 10pm or even later. 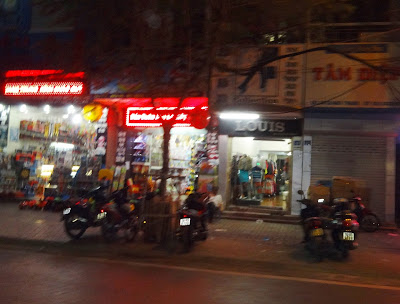 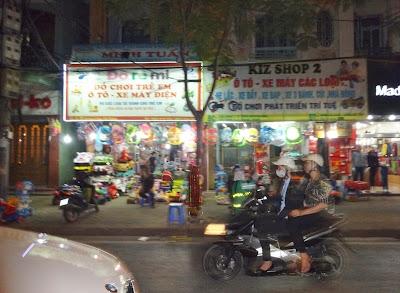 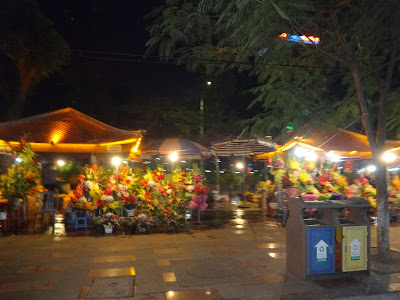 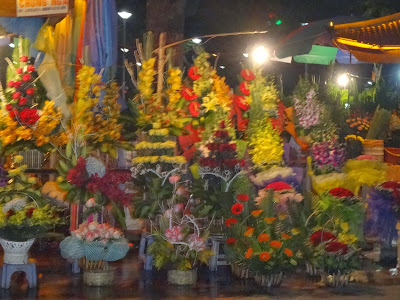 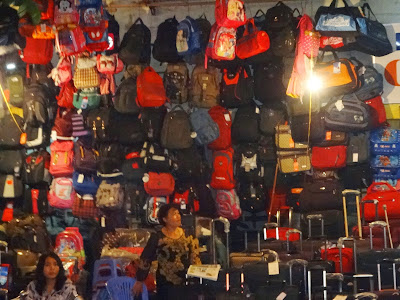 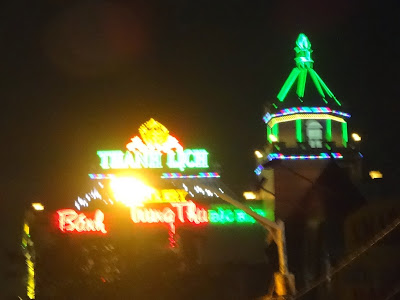 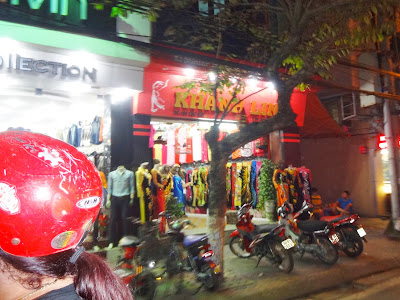 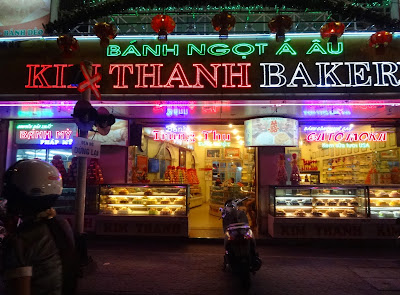 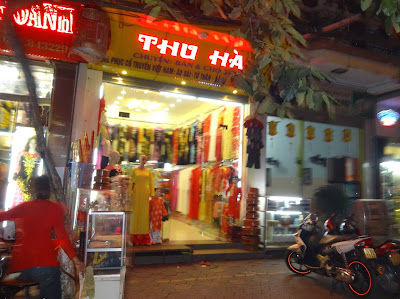 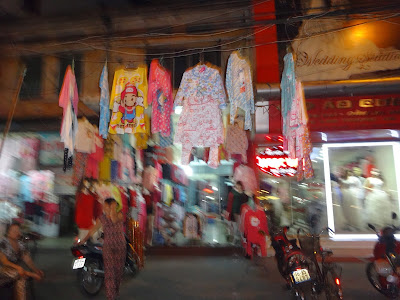 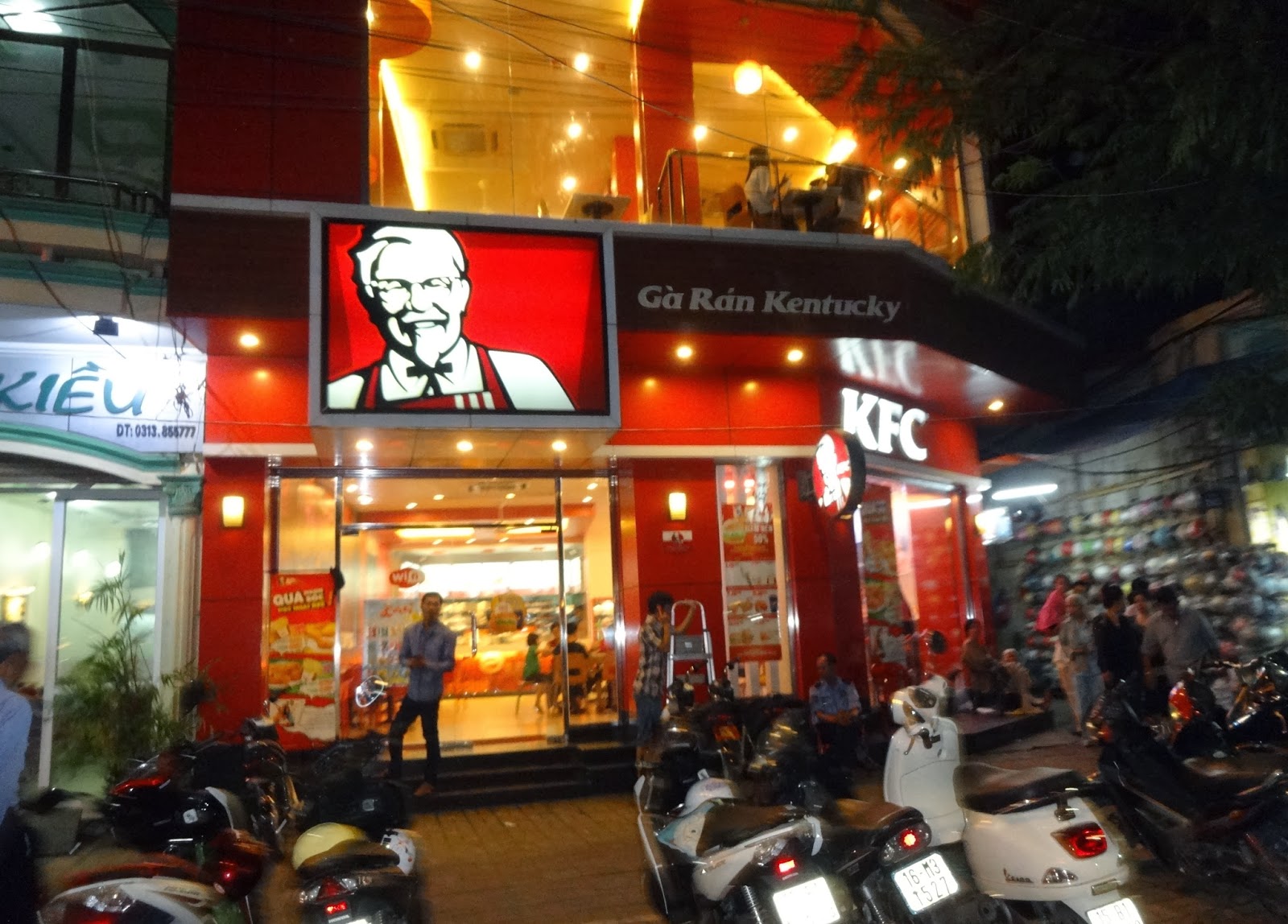 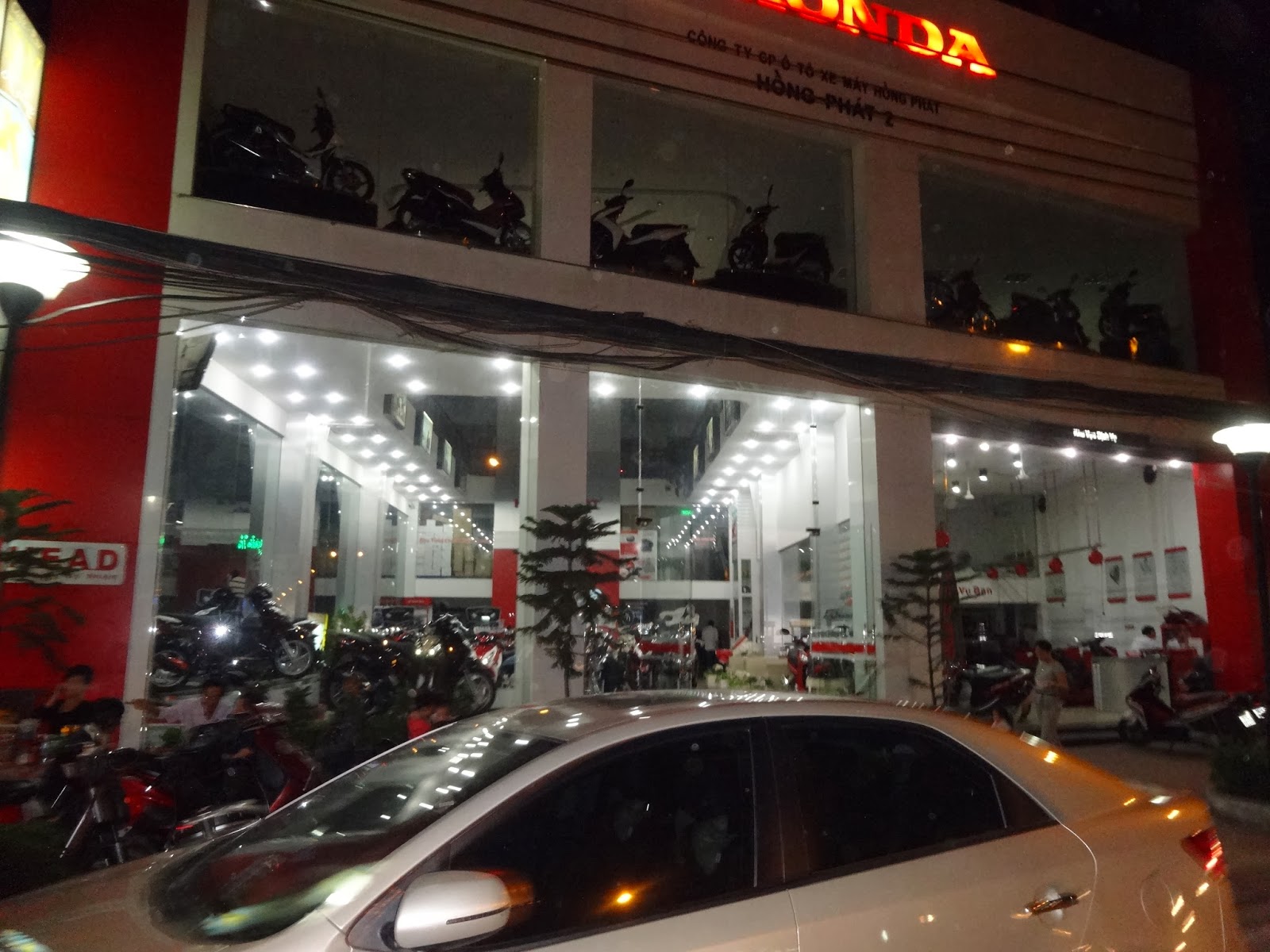 We stopped off for at a Bia Hoi and had something I haven't seen before... our own 2 litre beer keg! 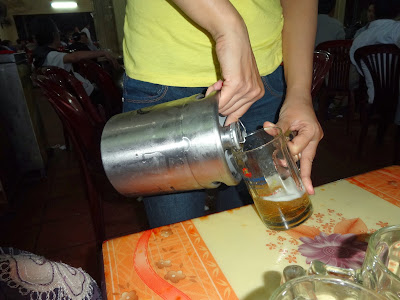 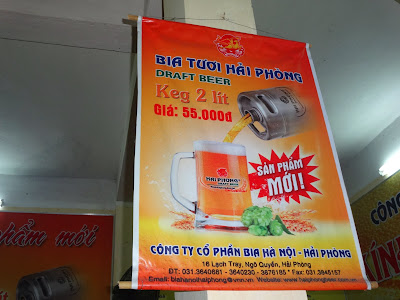 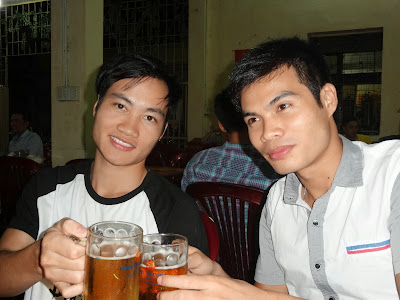 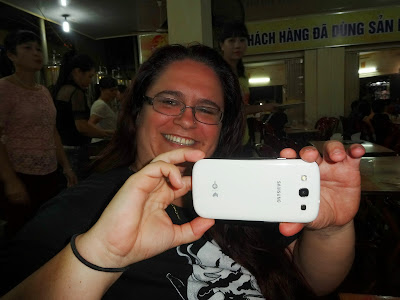 From there we went on to join in ABC English Club at VIMARU. They played an excellent warm-up game, which I must remember...  Everyone stood in a circle and the leader, Bạn, stood in the middle. He would point to someone and say either "I'm thinking of a country" or "I'm thinking of an animal" or "I'm thinking of a food". That person had to immediately crouch down and the two on either side of him had to say the name of a country / animal / food as appropriate. The one who was slowest to respond had was out and had to go and sit down. It's fast and fun.  Surprise, surprise, Katie was the winner...  The discussion time was all about friendship and it was lively. I know many of the students who attend this club, including Thảo and Tiên, so it there is always a warm welcome. Even Khang and his crew dropped in briefly to film a short video clip for some performance they are working on.

After the club finished we went and had sugarcane juice - nước mía - with some more friends... 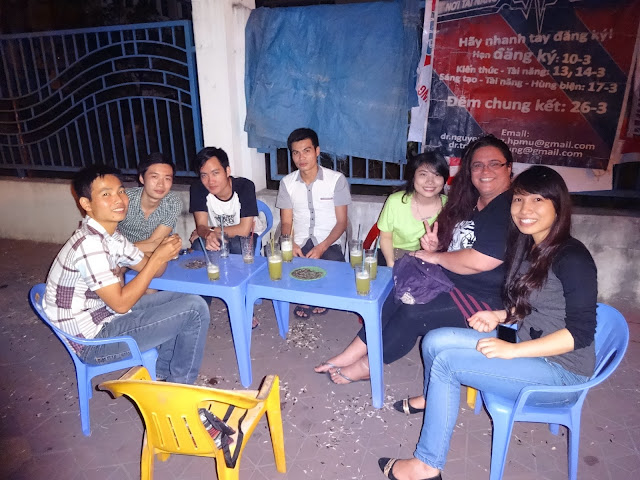 A great way to spend a balmy night in Hải Phòng!