Hộị An to Hà Nội to Hải Phòng !

Our last morning was raining...it's easier to leave in such weather...don't feel like you're missing out so much. We were up at 6am because we were due to leave at 7:15am, so it was a very early breakfast! 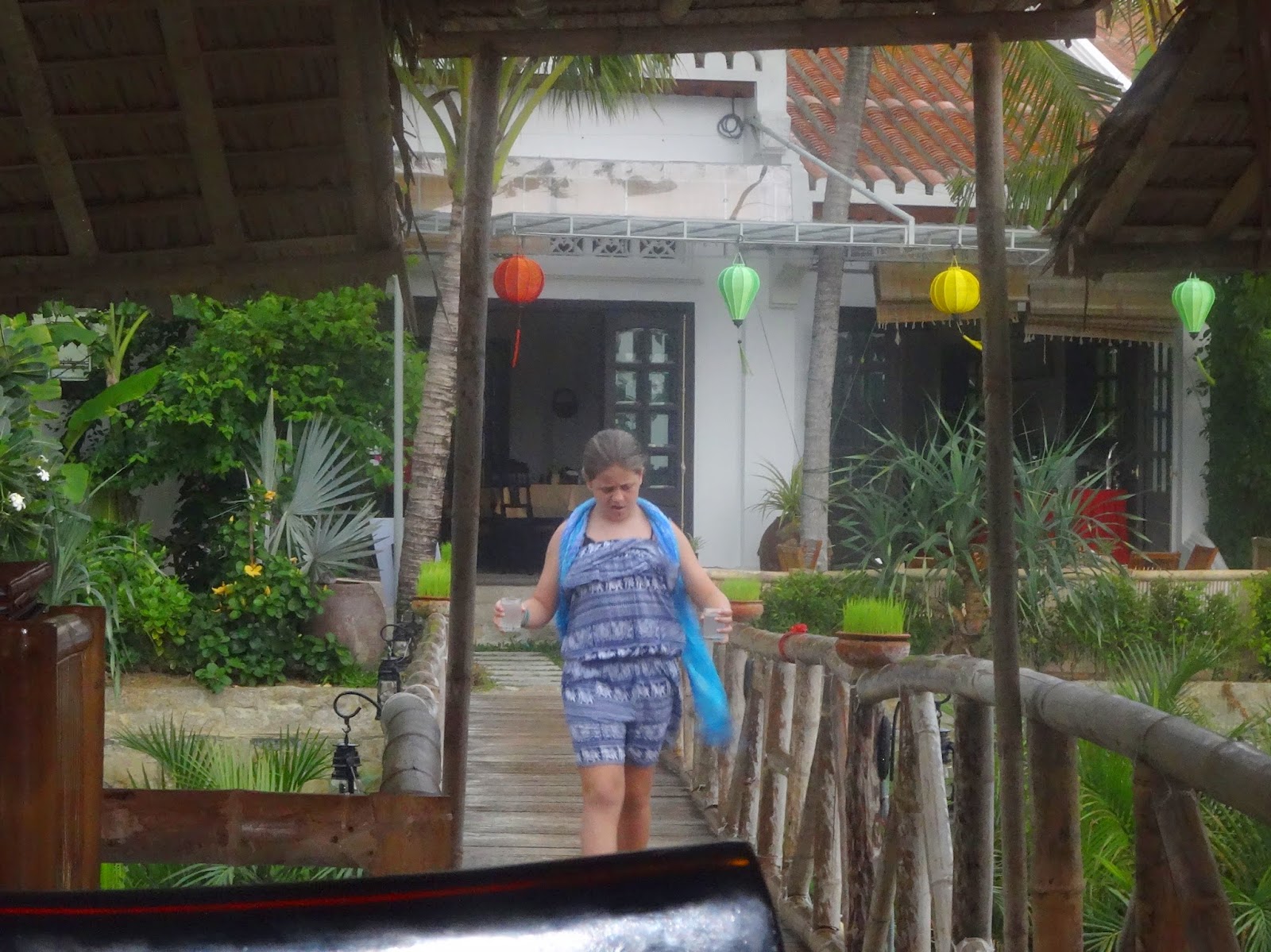 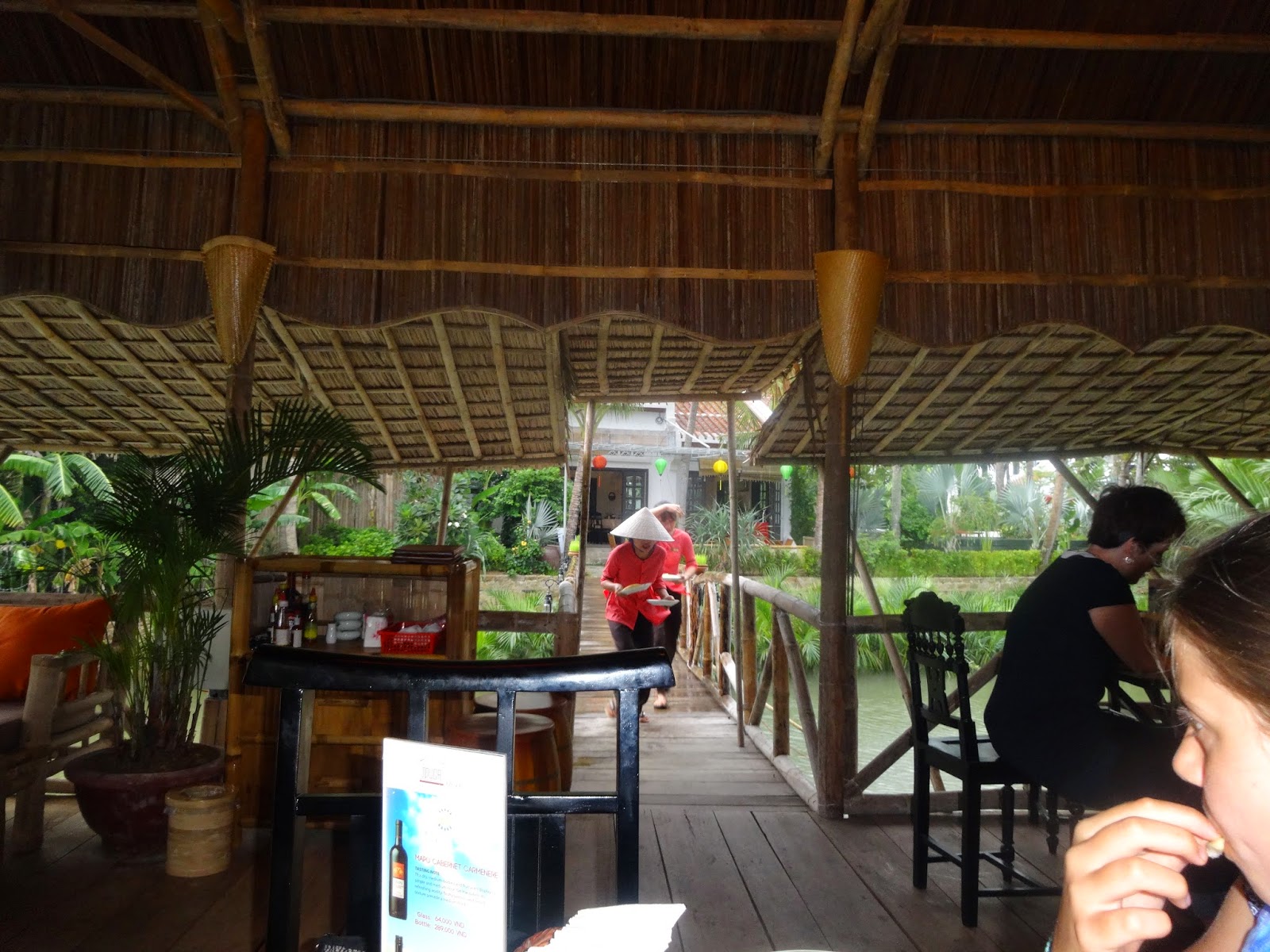 The van that came to pick us up parked way down the lane because of roadworks.  Apparently it didn't occur to the driver to come around from the other side...just as well we only had small bags plus shopping! 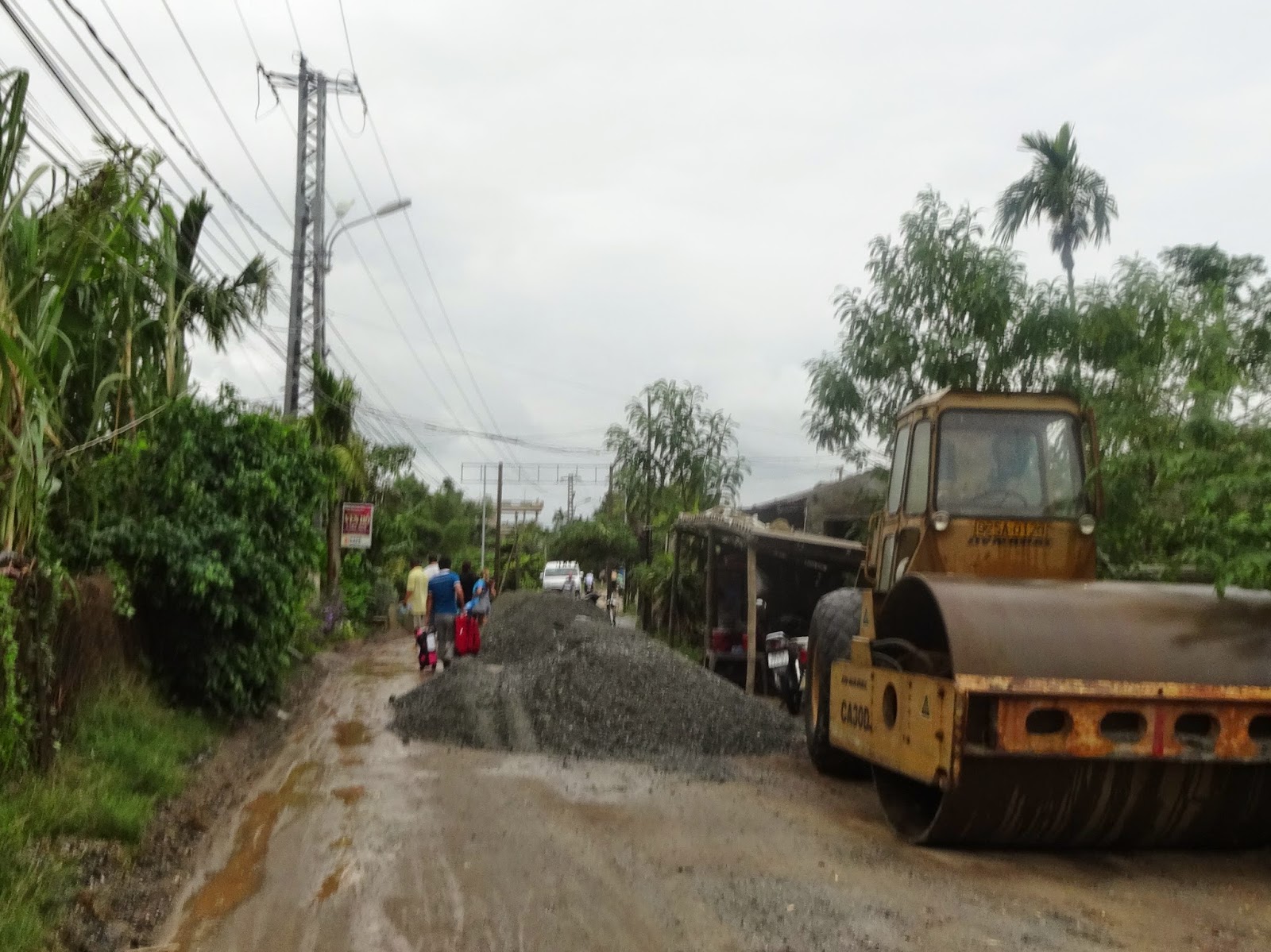 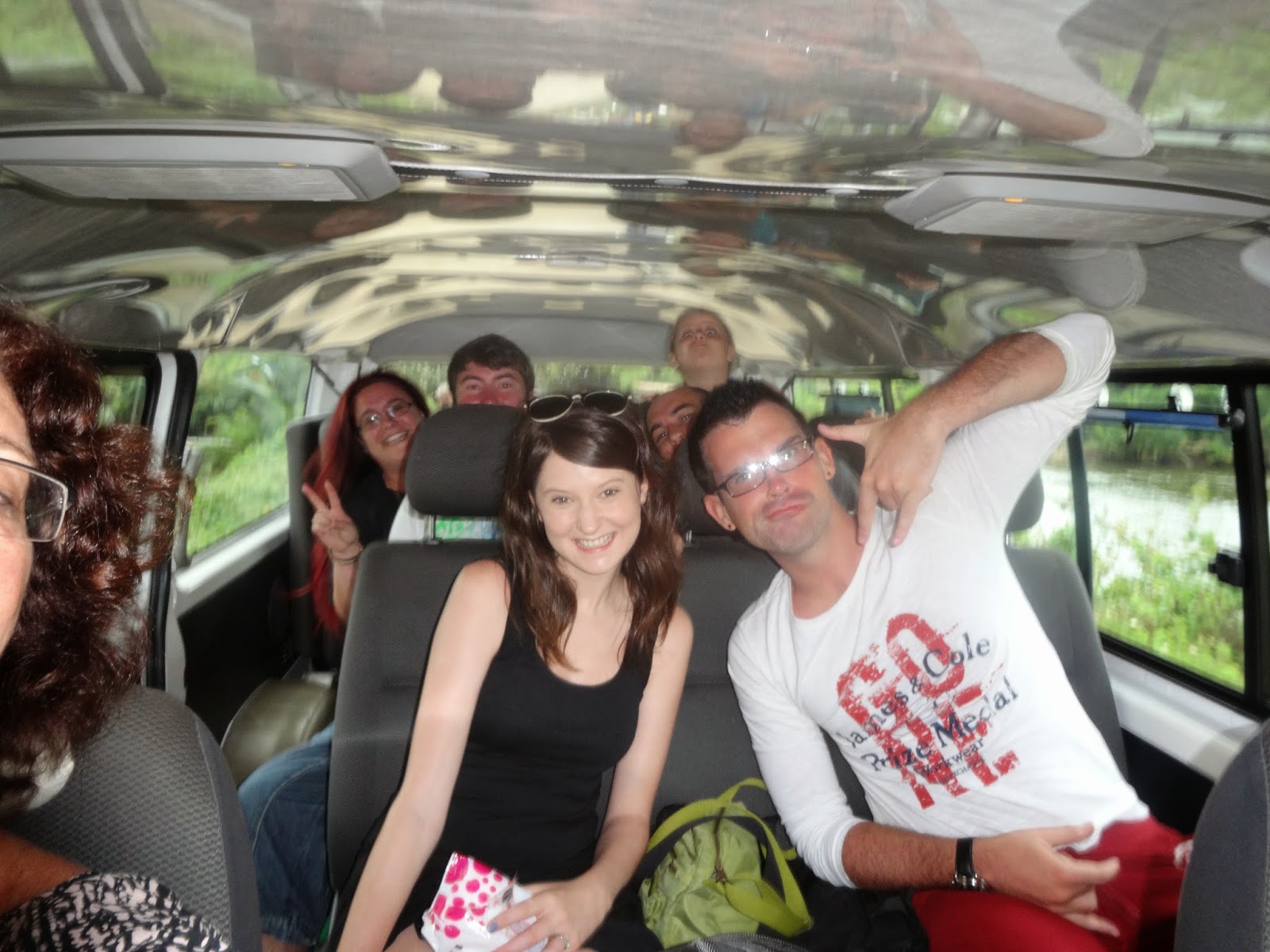 We were all feeling fresh and relaxed after our holiday in Hộị An, even after such an early start. We drove to Da Nang, then flew back to Hà Nội, where we went back to Will's place. He lives in a gorgeous place...it's like a hidden garden tucked away behind high walls. You come down a grubby narrow lane, come through the gates a get a lovely surprise... 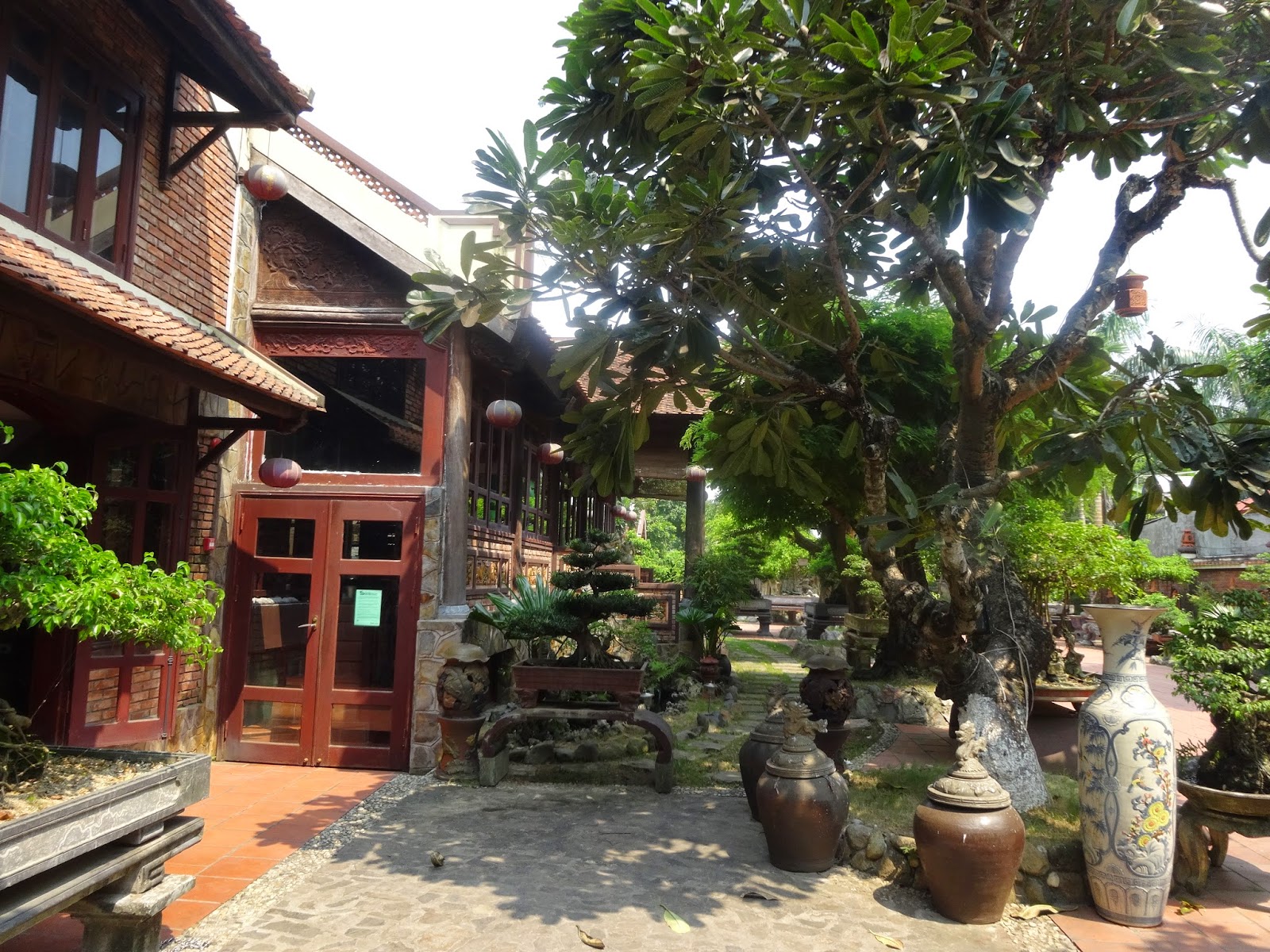 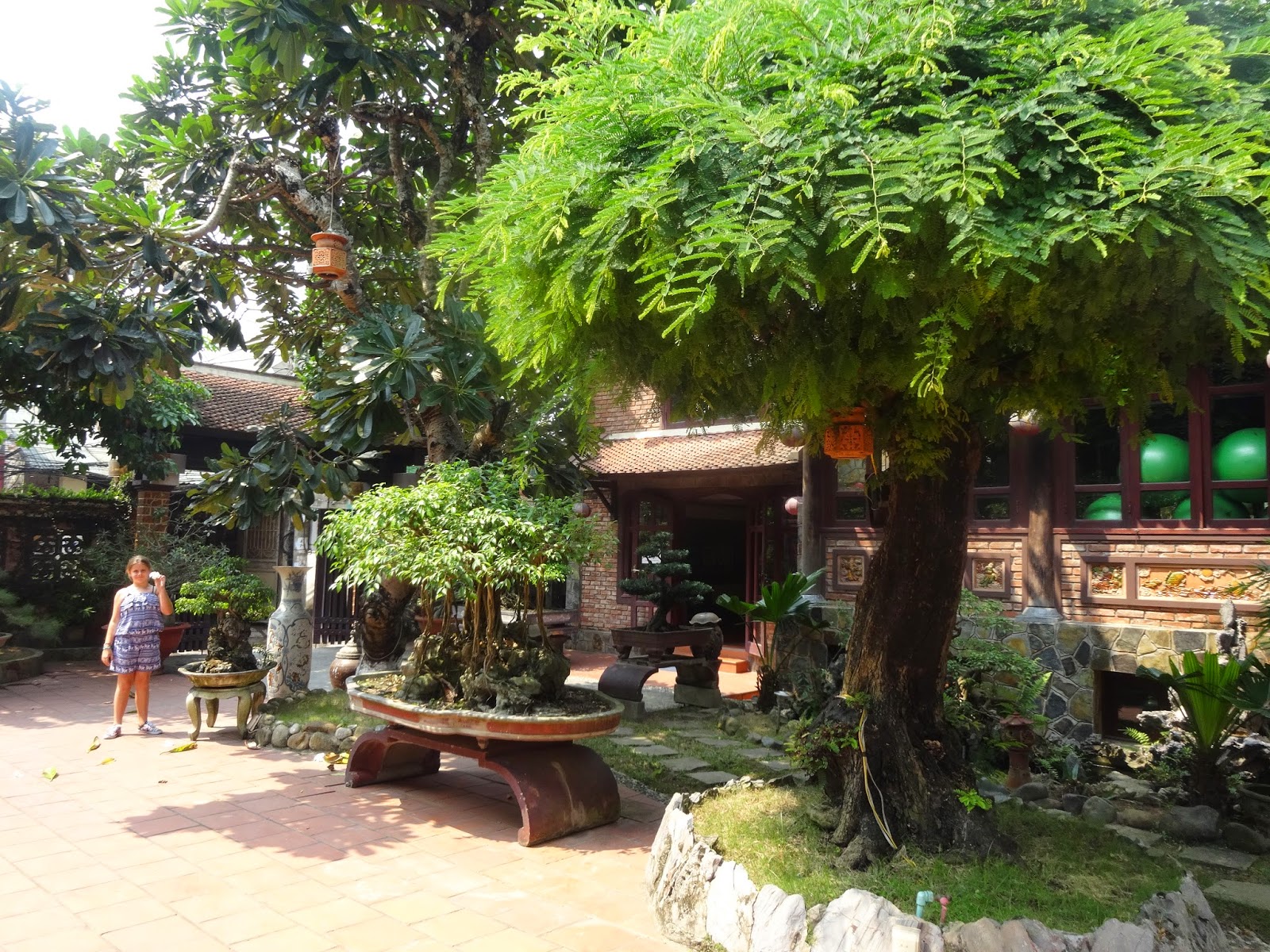 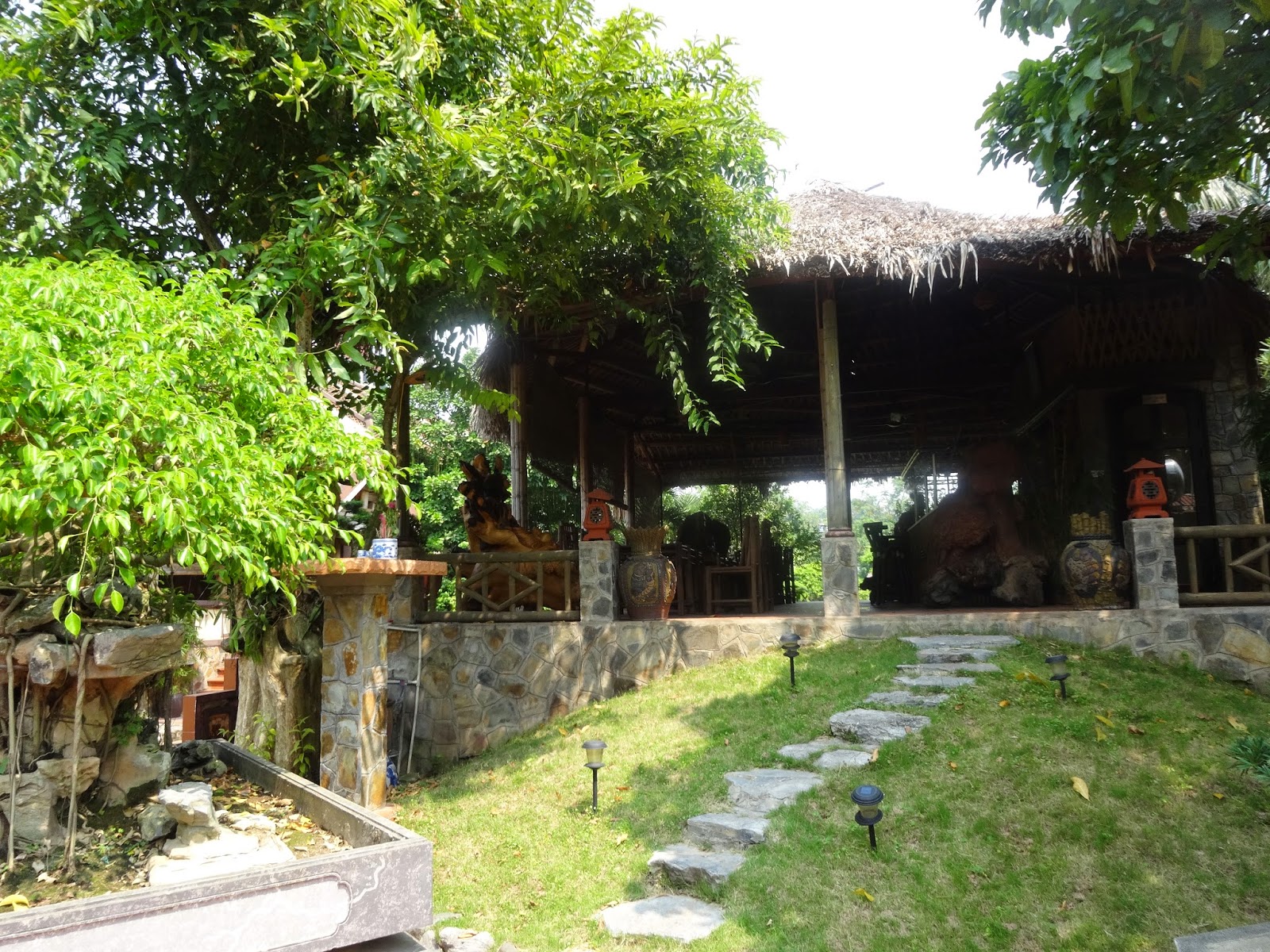 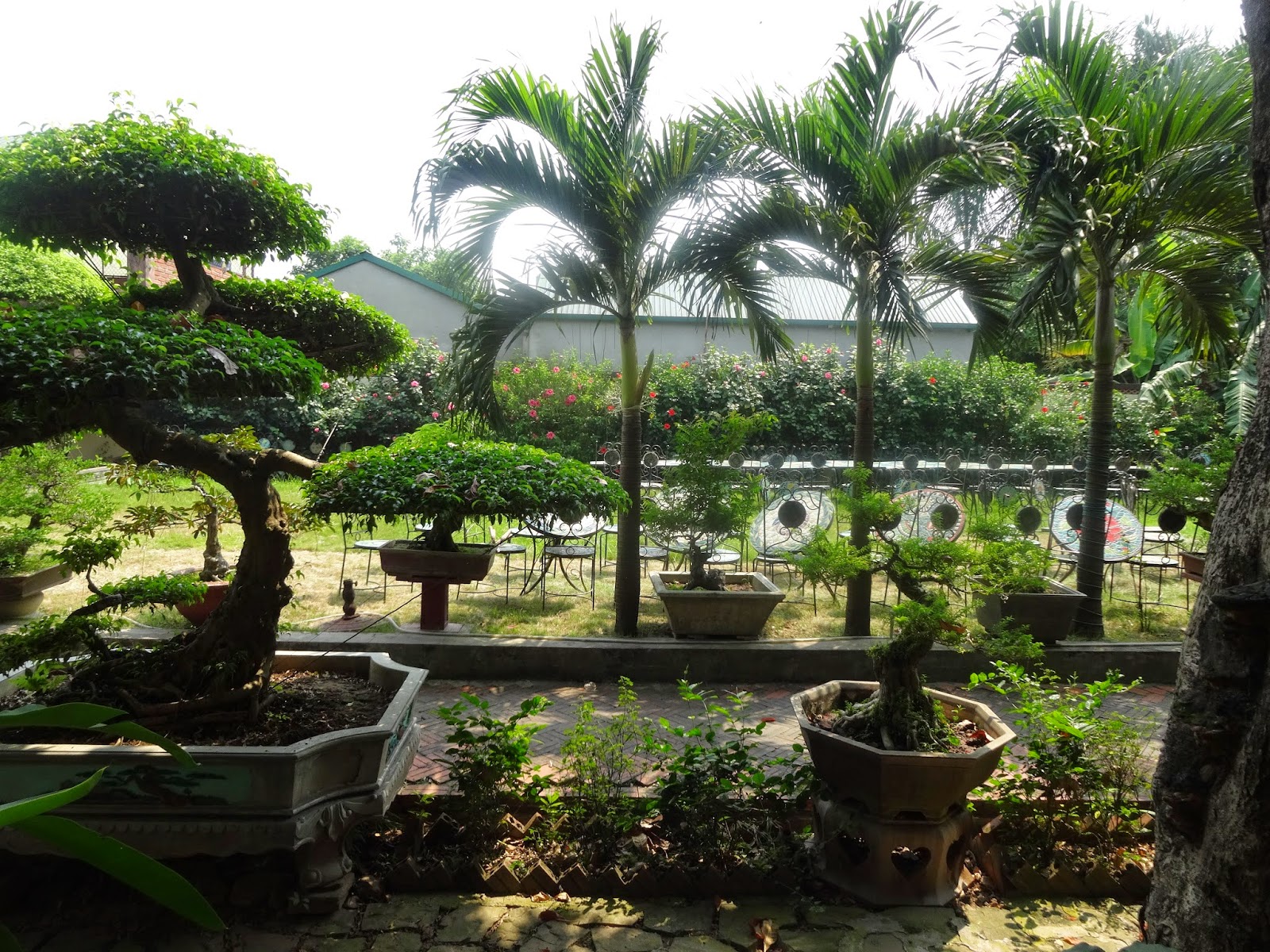 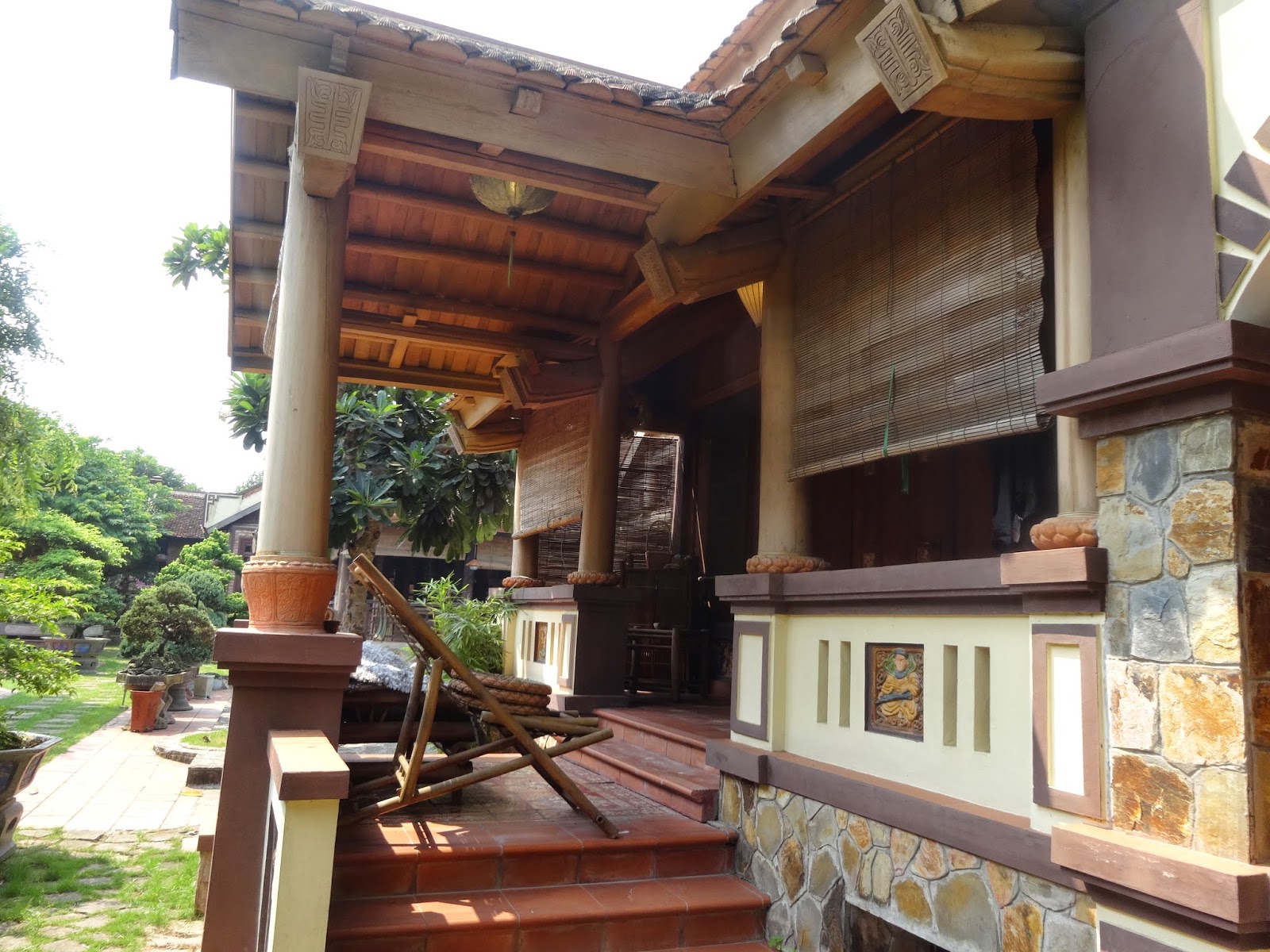 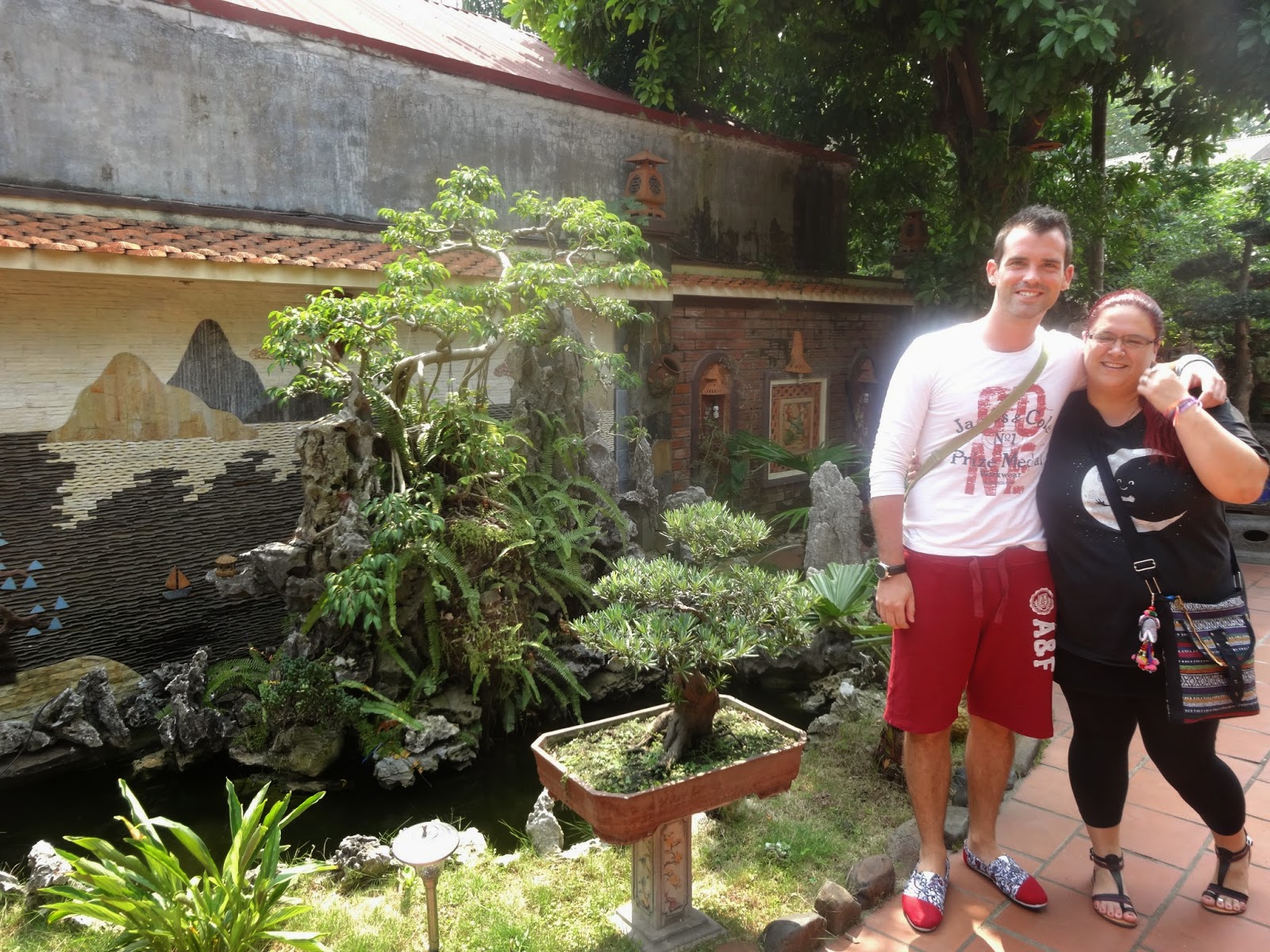 Will has a cozy little bed-sit apartment which must be so nice to come home to! 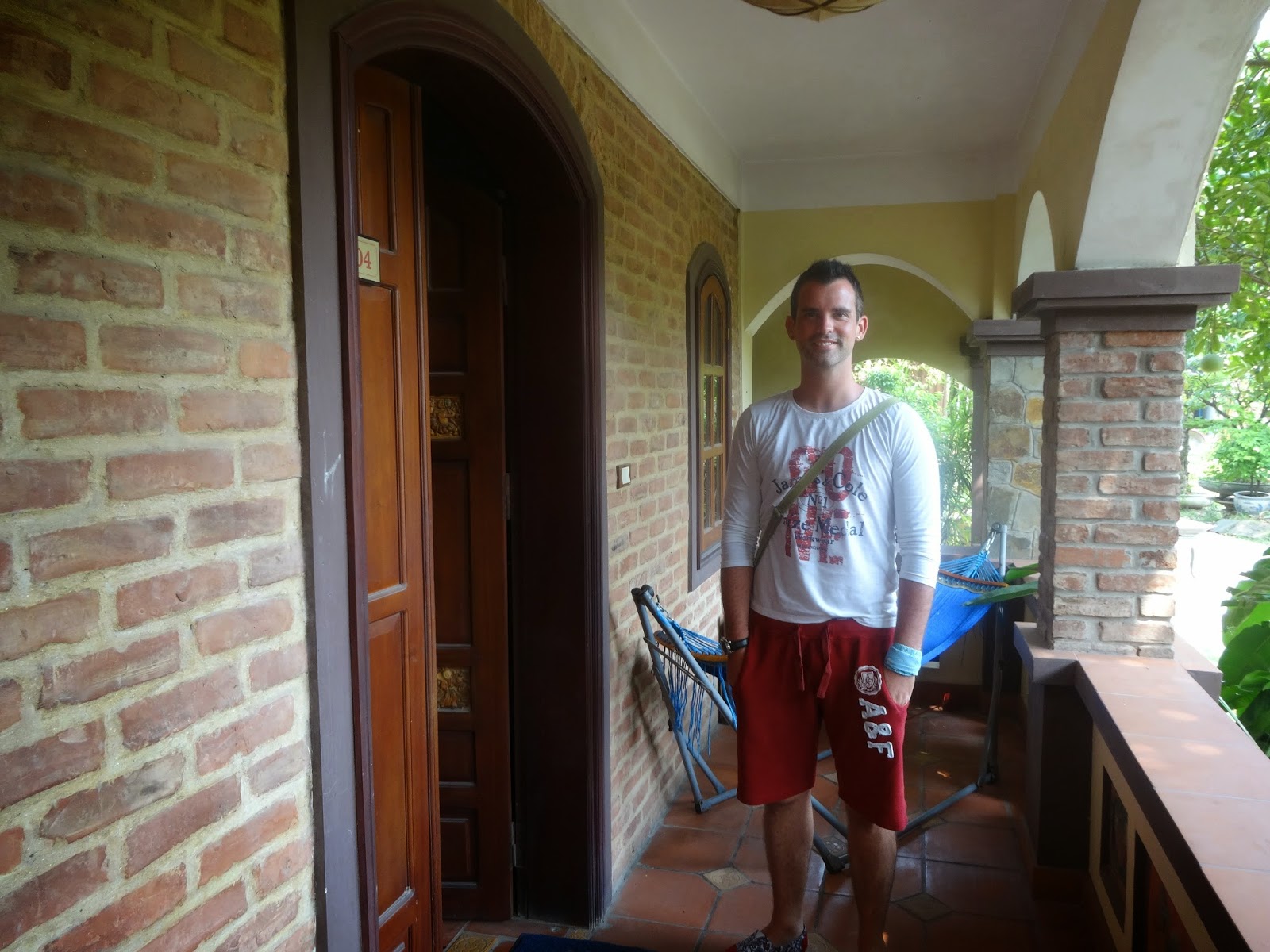 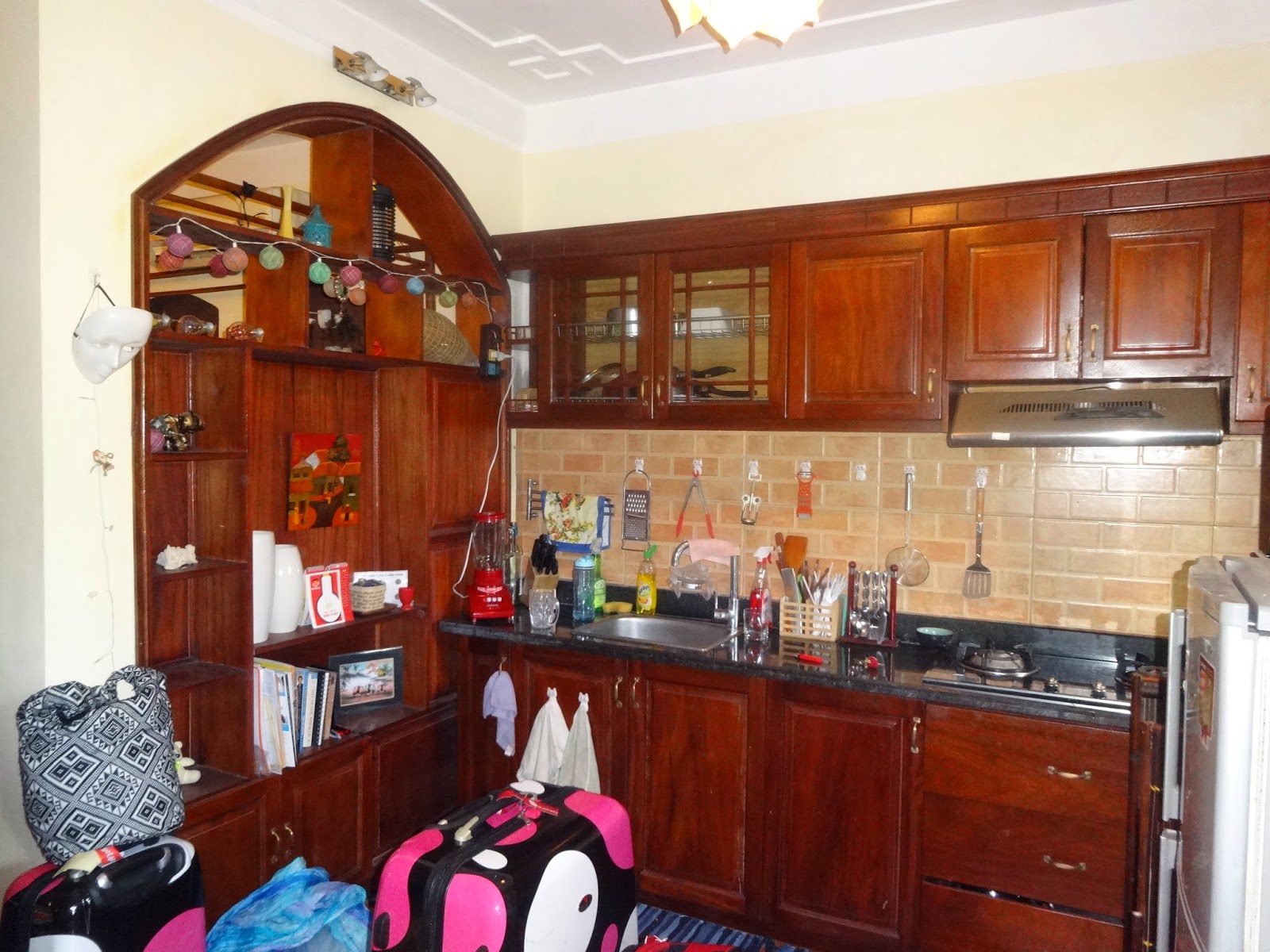 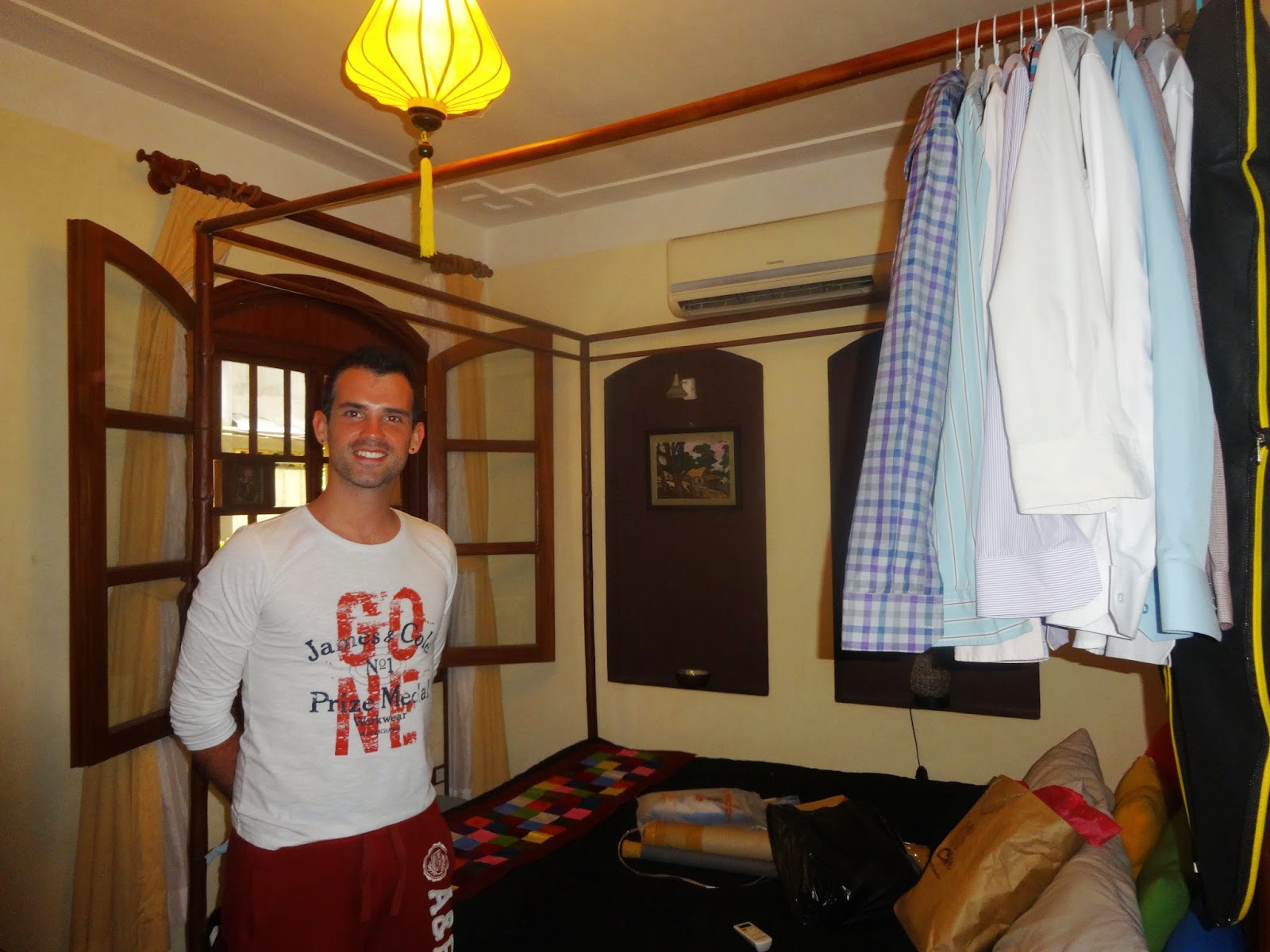 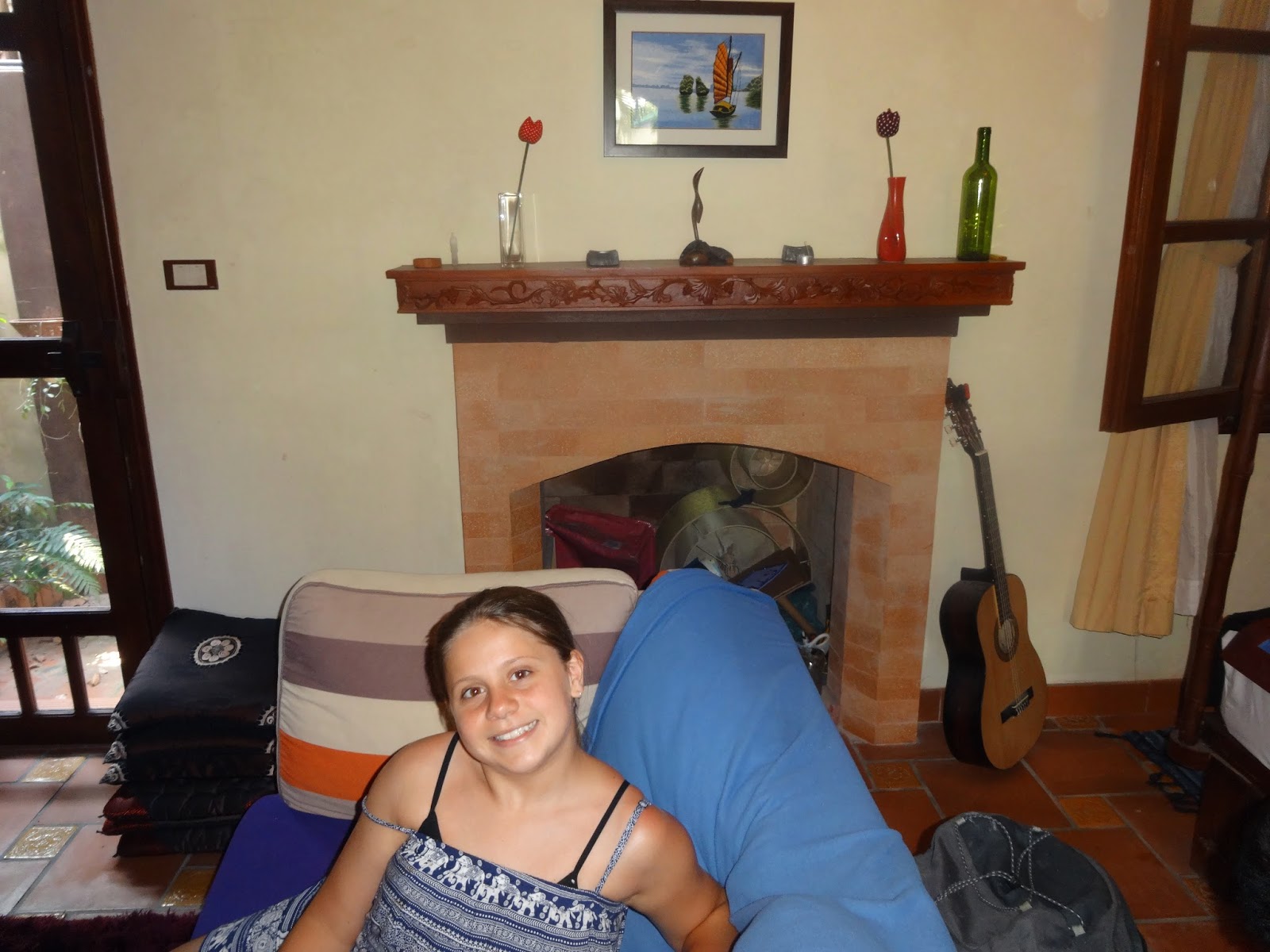 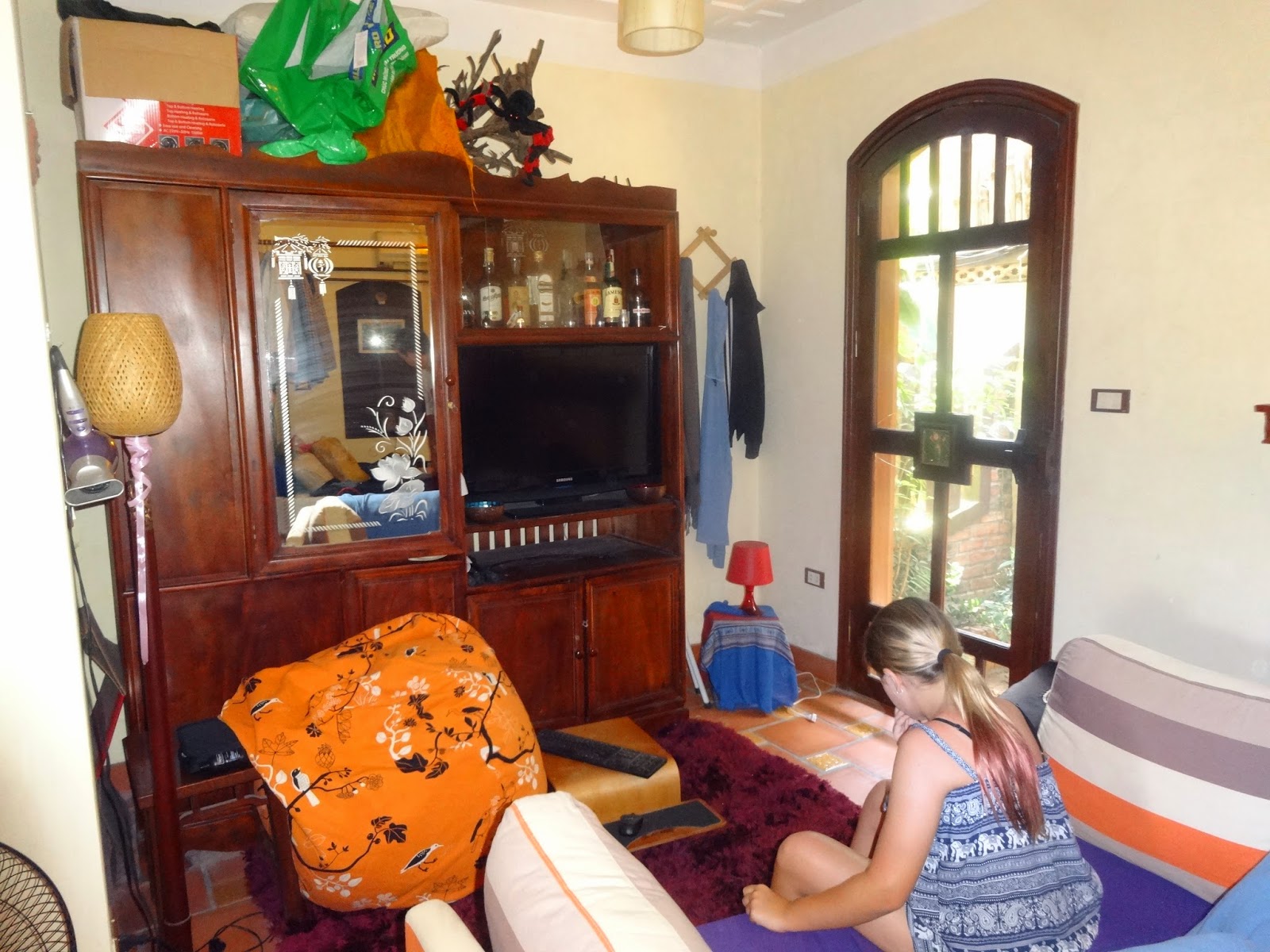 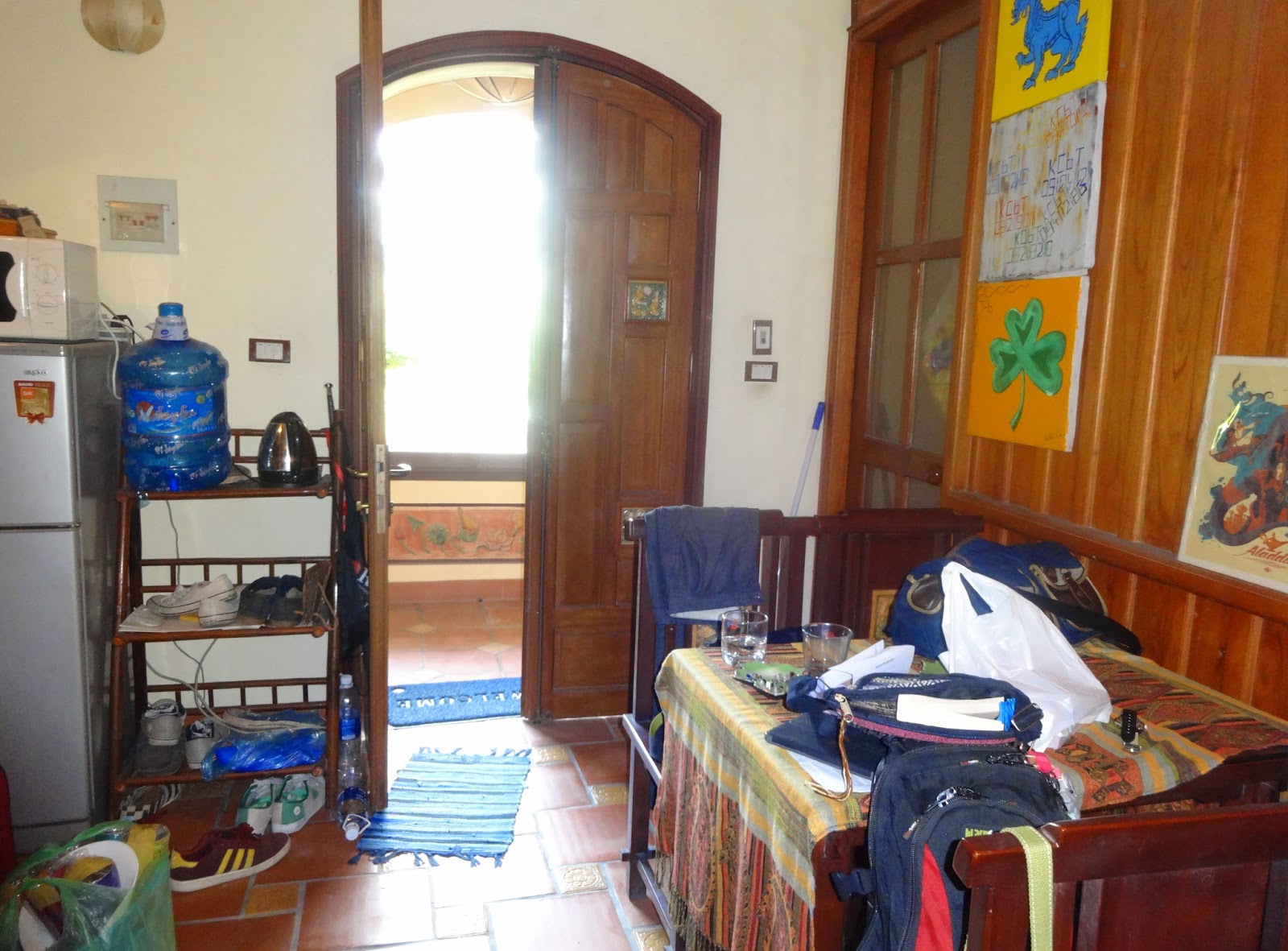 His mate, Pete MacGrath, lives next door...and did I mention there's even a swimming pool??? 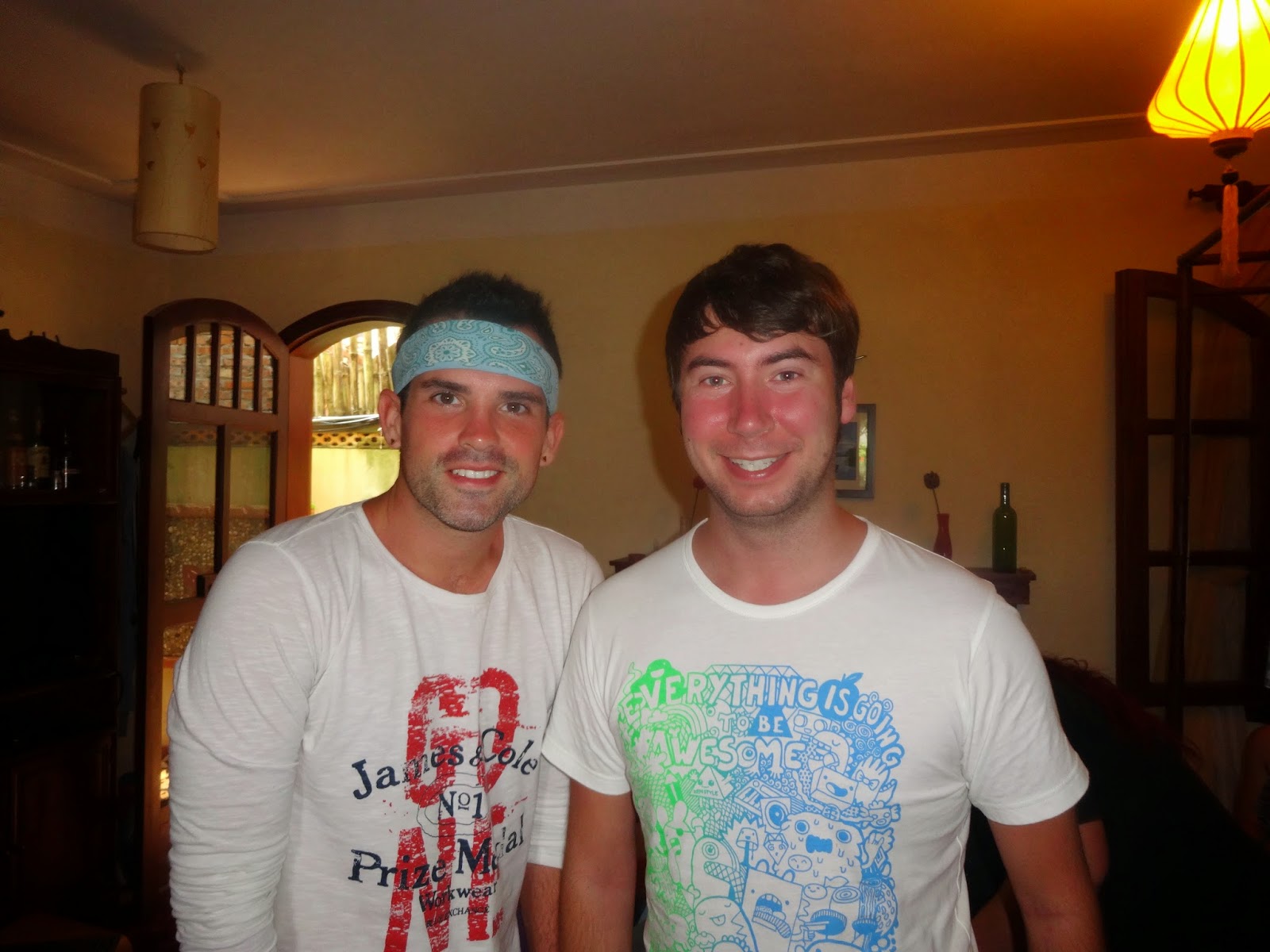 We left our luggage there and walked down to Westlake for lunch, stopping off at L's Place along the way. This is a tiny little supermarket jam-packed with groceries that Westerners miss most when they're living far from home... like Vegemite and Cadbury's chocolates for Aussies... 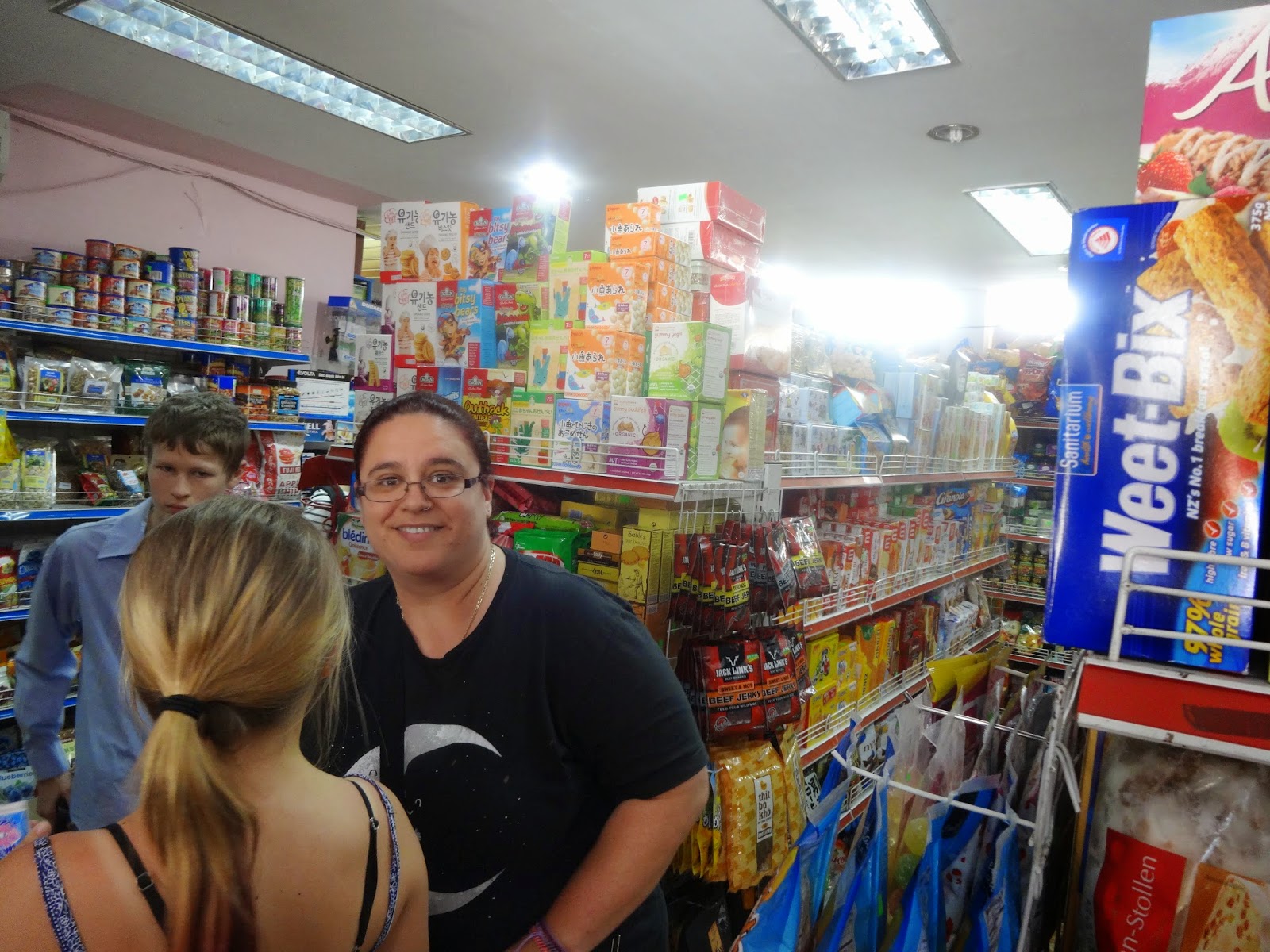 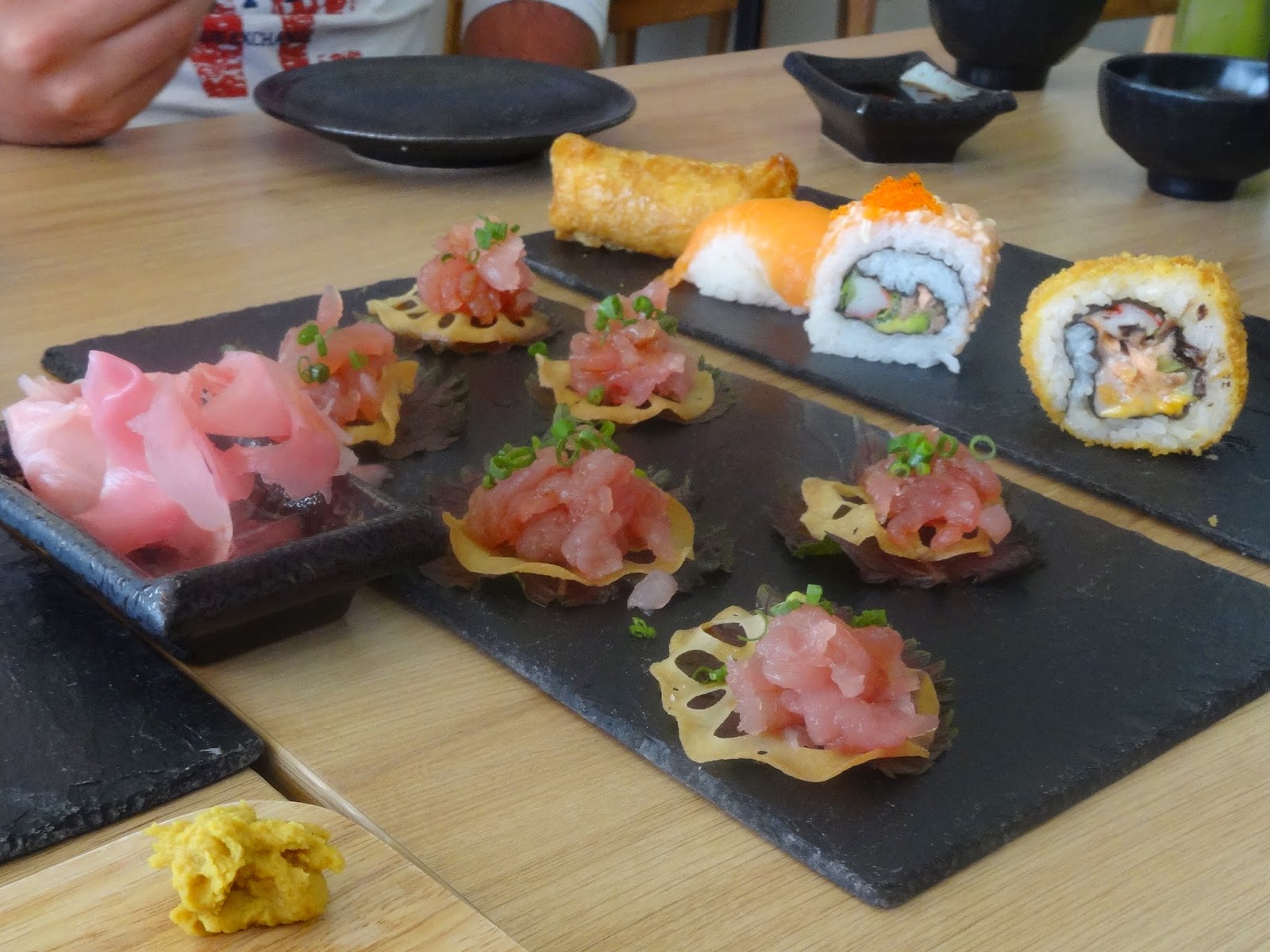 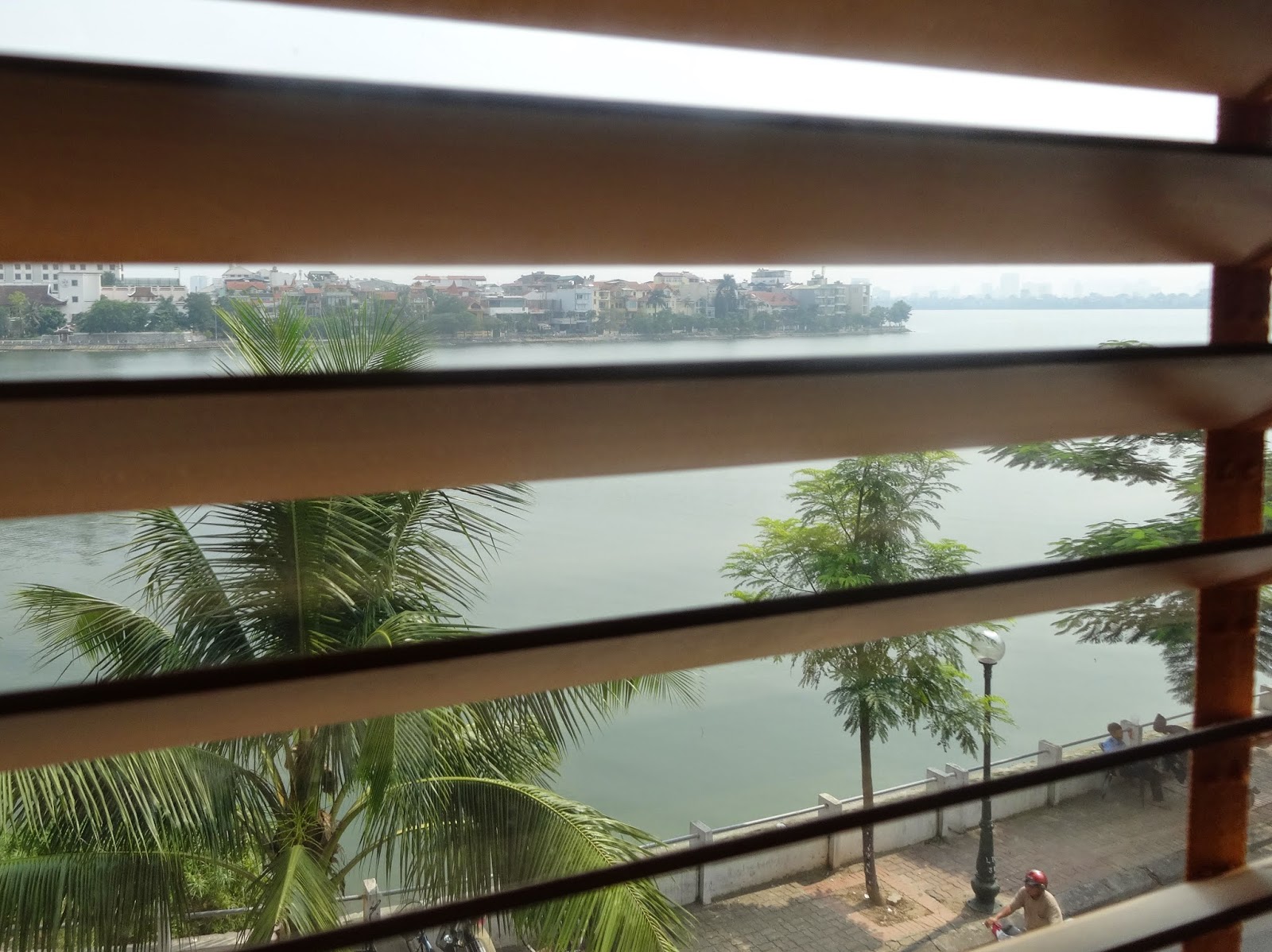 Exceptional food...we laughed when Will described his last visit here - he literally passed out in a food coma!  Haha... true story!  I saw the photos on Facebook.  Anyway, we had plenty and it was all delicious...

We had to get back to Will's to meet the car I'd arranged to drive us back to Hải Phòng at 2pm, so we caught a taxi and gathered all our luggage - two large bags, two smaller cabin luggage bags, a back pack, large shoulder-bags, assorted shopping bags and two rolled up paintings.  Imagine everyone's surprise when a small taxi rocked up! I rang the guy I had made the arrangements with and insisted that I'd booked the large car for a reason and then a large taxi arrived. So I called him again and said we would go by taxi since he told me the private car was not available, but we wouldn't be paying as much...$60 instead of $70 as our agreement.  The guy on the phone agreed, but the driver was not impressed when he was told. He refused to load our bags and drove off!

By now, Will had asked the girl in the office to phone a cab, so I sent a message to the car guy and told him his driver had gone and he would miss out on our repeat business in the future. Lo and behold, he rang straight back and said the car was now available, and he would drive us to Hải Phòng himself!  Hmmmm.... 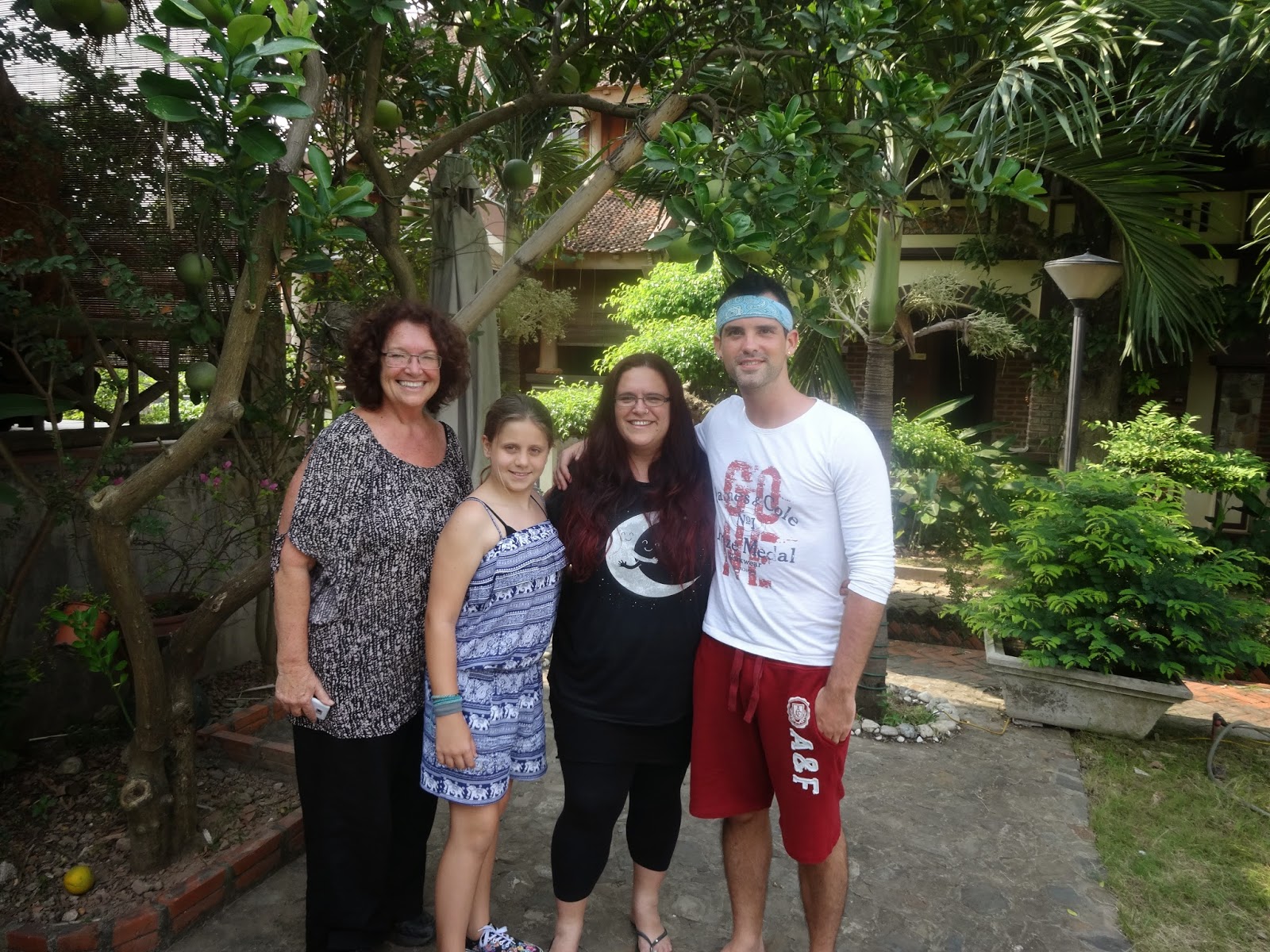 So a final farewell to dear Will and off we went, dozing comfortably in the large car I had originally negotiated for on Monday night on my way to pick up the girls from the airport when they arrived.

When we arrived in Hải Phòng two and a half hours later, Kien was on the reception desk and he kindly carried Jordan's 29kg suitcase (half full of Isagenix...) up to my fourth floor room, while we lugged the rest. Graham greeted us with a cold beer and Lee invited us to join them for a hotpot dinner in an hour.

I was disappointed, but not surprised that the bed they removed from my room by mistake before I left had not yet been replaced...so that will have to be sorted tomorrow.

We unpacked and then joined the others downstairs to go to dinner...at 302 Văn Cao - right on the corner of my old laneway! 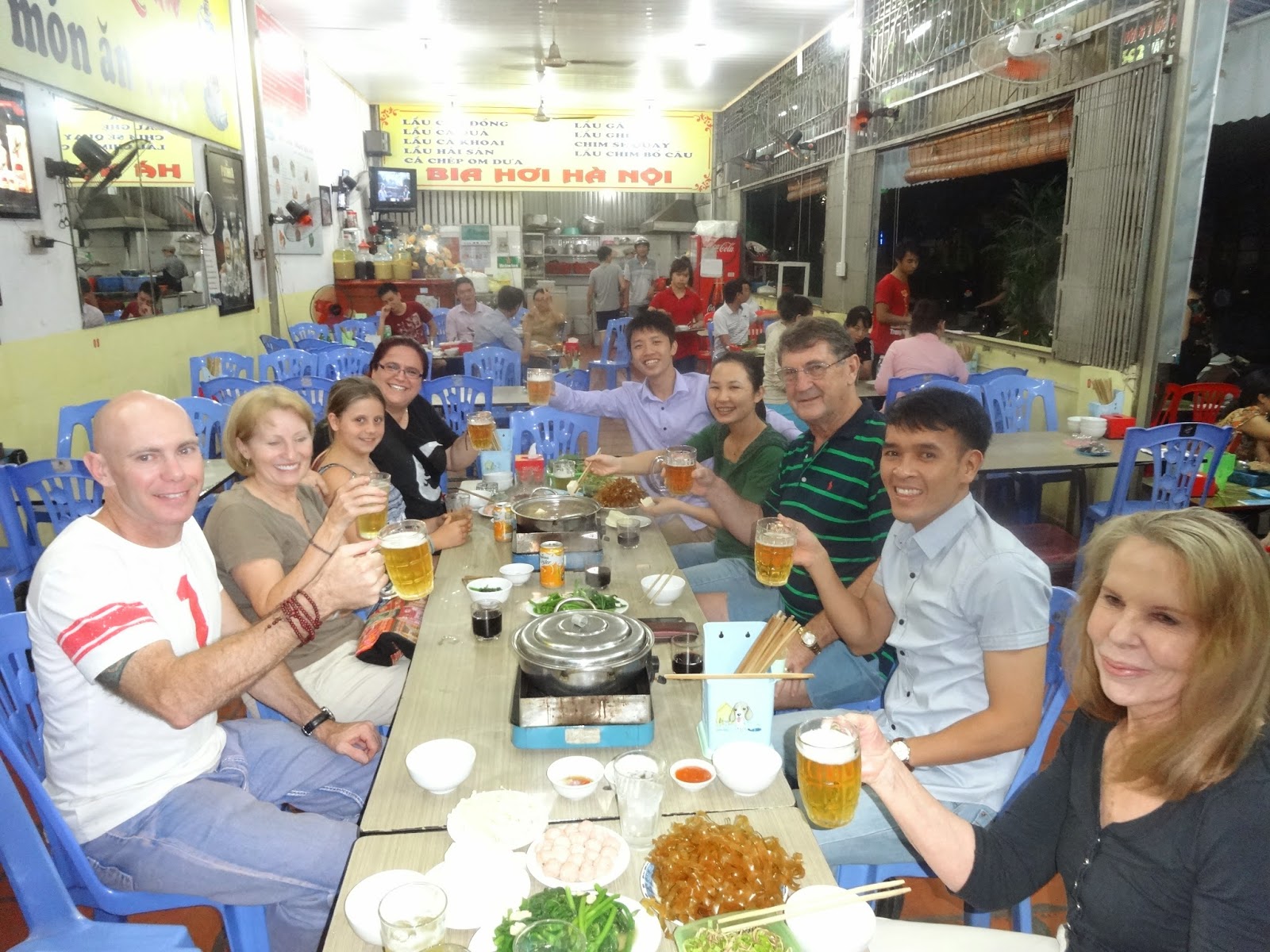 Great food, fun company... a very pleasant evening!  Lee even stood and sang 'The Wheels on the Bus' with us all joining in... much to the delight of a couple of families who had come in later.

And our night didn't end there. At about 9:30pm Hiếu, Nelly and Nam dropped by to welcome Katie and Jordan. We had to sit on the floor because of the missing bed, but they didn't stay long because we were very tired... big day!