Today began with a walk as usual. then Later in the morning Ba picked me up and we went out for coffee. We were joined by two of his friends - also navigators - Mickey and ...... All three are in between voyages. With the depressed economy, there is not a lot of work for seamen so they have to be patient.

It was very interesting to hear about their travels. They have been to so many different ports around the world.  Ba was docked in Australia for 15 days, but none of them were allowed to dis-embark. Too many seamen have jumped ship in the past, so the authorities weren't taking any chances!  They tell me it's easy for someone to disappear into Australian society and work for several years to make enough money to set themselves up back in Việt Nam. Then they just turn themselves in to immigration and get sent home - where they resume life, get married, raise a family etc.  It seems most people here know someone who either has done, or is doing just that. 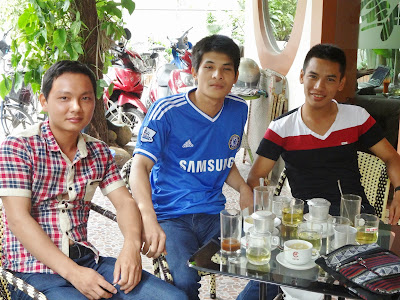 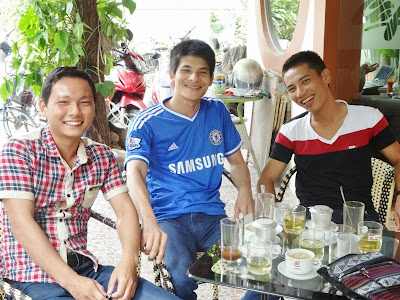 After Ba brought me home, I had a great skype conversation with David and Andrew. Isagenix will be launched in Việt Nam next year and I have been telling all my friends about the products and the amazing business opportunity it represents. I see it as a way to help them become financially independent as well as live vibrant, healthy lives well into their hundreds... even 120 years old!  So I am inviting them to be part of my team so together we can build strong businesses helping others get healthy and wealthy too.  We were discussing the need to maintain momentum and pass on the skills needed to be successful in network marketing and David came up with the brilliant idea of me setting up my own facebook page, dedicated to building my Isagenix team here in Việt Nam!  I can use it to disseminate training videos, product information, stories, .... I can supply transcripts of the clips that are in English, and get my friends here to translate them into Vietnamese as well. The possibilities are endless!!  I now need to find out how it will work over here so I can take the next step in getting it up and running. I'll get it up started before I leave and hopefully, by the time Isagenix is launched here, we'll have a team of business builders ready to go.....   Exciting times!!


Later in the afternoon, Trang and Trung Ho and their friend, Mi, came over with a gorgeous cake!!  They arrived later than expected, so our visit overlapped a meeting I had arranged with Giang, who was desperate for a relief teacher for Saturday morning. I had agreed to fill in tomorrow, so she brought the books and suggested lesson plans for 4 classes in the morning. I'll be teaching till 9:30 tonight, home around 10:30, so there won't be much time to go over the material... I'll just have to wing it.

After she left, we took photos of the cake before we ate some.... 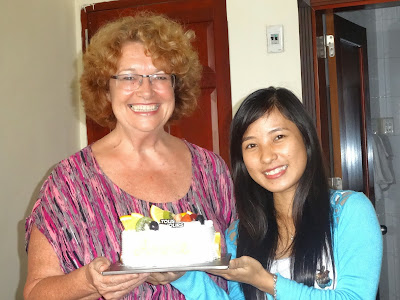 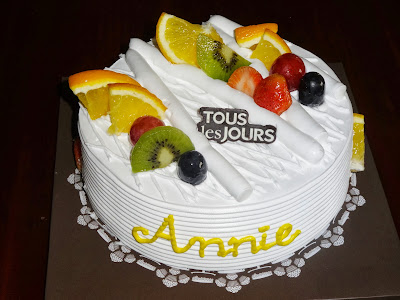 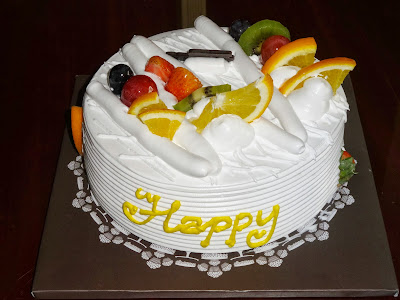 While all that was going on, a man delivered these beautiful flowers for Trang. She didn't say who they were from and it was all a bit intriguing. When Trung and Trang came in they gave me the cake and also put a bag of groceries on the table - soy milks and cartons of milk and some plastic containers. I thought that they were for me... a little unusual but there you go. After a while, Trung delicately explained that the little containers were actually Mi's, so I gave them back. It was only now, a week later, as I am writing up my blog that I've realised the bag of groceries was not intended for me at all!!  How embarassing!  Poor Mi must have been caught between a rock and a hard place!  I have now messaged Trung and hopefully he can sort it out and explain my mis-understanding and extend my apologies... sometimes the old girl is a bit slow!  We'll laugh about it one day..... 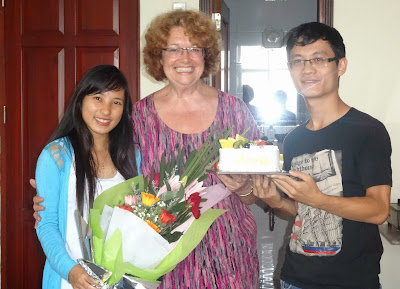 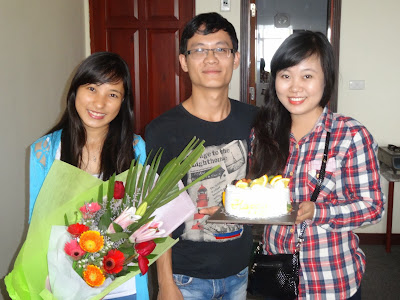